Accessibility links
Who's The New Philippine Envoy? The Man Building Trump Tower Manila : Parallels U.S.-Philippine relations have been rocky. The new trade envoy tasked with improving them is a Philippine real estate magnate who's already working with Donald Trump on a major building project. 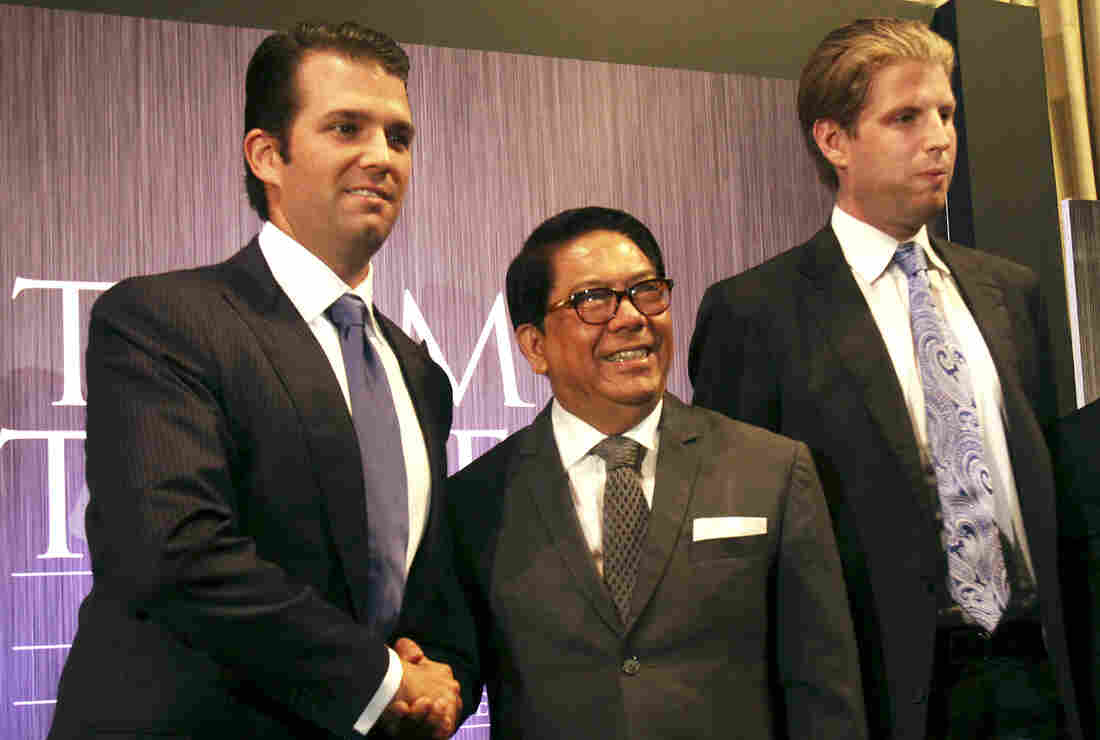 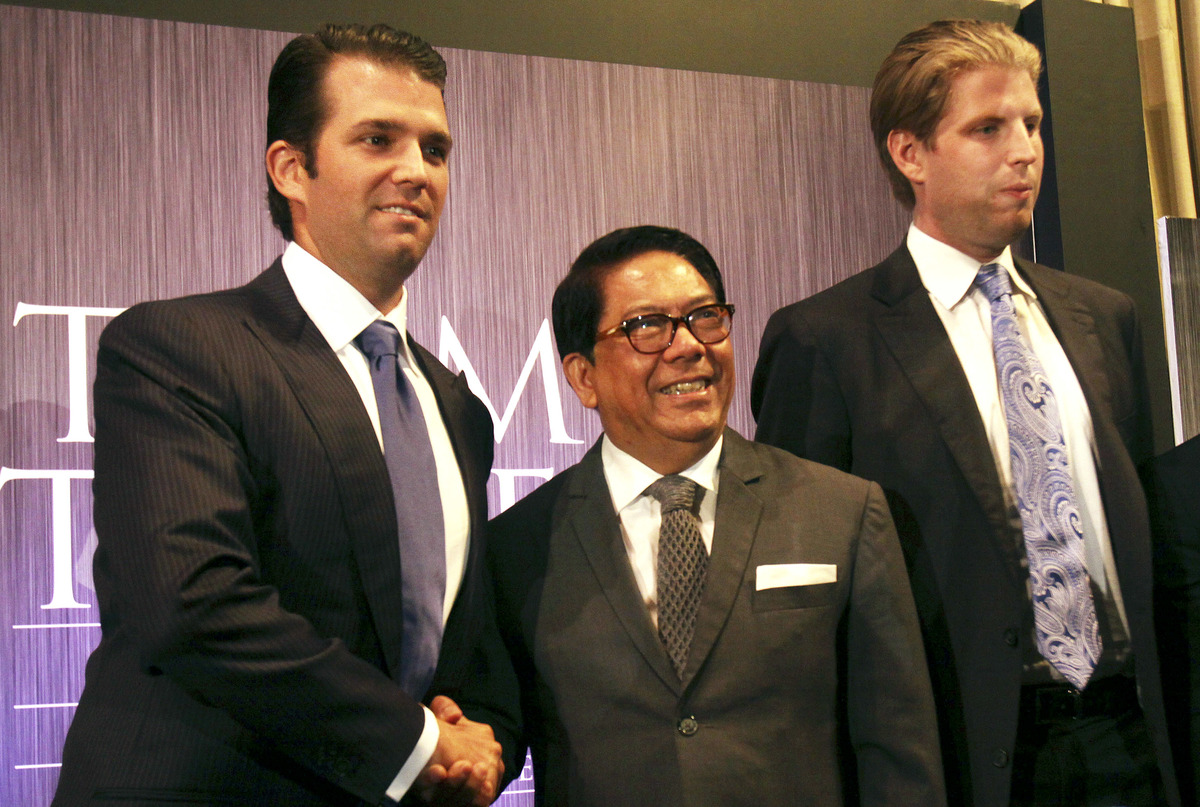 Philippine President Rodrigo Duterte has had a strained relationship with the U.S. since taking office in June, mainly because of U.S. criticism of his controversial — and often brutal — war on drugs. But he says he's hoping to get along with President-elect Donald Trump.

Toward that end, Duterte appointed real estate magnate Jose E.B. Antonio as a special trade envoy to the U.S. — and Antonio happens to be the man building Trump Tower Manila.

"Donald Trump himself is an icon of real estate," Antonio says on the website for the project. "He has been my reference for a lot of projects; he exudes luxury, he exudes quality, he exudes a standard that most real estate developers should emulate if they want to enter the game of luxury."

The tower, in Manila's Makati district, isn't quite finished, but it will top out at 57 stories. Brokers online are asking around $750,000 for a one-bedroom apartment in a city where the average worker takes home less than $10 a day.

As with many of President-elect Trump's business ventures, Trump doesn't own the building. His involvement is limited to licensing the Trump brand.

But the Trump clan still went all-in as it pitched the project in a promotional video.

"As a brand, we're incredibly excited about this building. The architecture is exquisite, the interior design is flawless," says Trump's daughter Ivanka, whose jewelry is also for sale on the website.

And Trump himself chimed in.

"It's really great working with Century Properties and the Antonio family. True professionals, they really know what they're doing. Trump Tower Manila is going to be something special," Trump says in the video.

Antonio is the chairman of Century Properties and one of the Philippines' highest-profile businessmen; he previously has served as the country's special trade envoy to China.

"He's a self-made man. He started off in marketing, in sales, became very successful, then became a real estate tycoon," says Wilson Lee Flores, a business columnist with the Philippine Star newspaper.

One of Antonio's talents has been recognizing the value of branding, Flores adds.

"He's one of the first developers, or perhaps the first developer, in the Philippines who went out of his way to go to America and Europe to get all these brand names to tie up with his companies," he says. "This is what distinguishes him from other big developers."

Those names include architect I.M. Pei, celebrity Paris Hilton and, of course, Trump.

In a television interview, Antonio recalled meeting Trump in New York in the mid-1990s, a time when Antonio was looking for U.S. investments.

"Mr. Trump had his problems during the savings and loan crisis in America, so some of his assets in the block were for sale," Antonio told Channel News Asia's Power List Asia.

Antonio recalled walking with Trump out of the restaurant where they'd met — and Trump pointing to a beggar on the street.

"And he said, 'That guy is richer than me.' I said, how can that be? 'Well, that guy had $5 in his hat, and I was negative 200 million. So the beggar was richer than me at that point,'" Antonio told the channel. "But history tells us he bounced back in a very spectacular way."

As for Duterte's decision to name Antonio as a special envoy to the U.S., "I'm impressed," says Benjamin Muego, who teaches comparative government at Manila's De La Salle University. He says some may try to argue there's a potential conflict of interest all the way around. But Muego only sees an up-side.

"If you're looking for somebody to try to smooth over strained relations, then who better to serve as a conduit than someone who's known to both and enjoys their trust?" says Muego.

Meanwhile, the Trump Tower Manila is almost finished. According to the website, 94 percent of the units were presold. And that was before Trump was elected.