Accessibility links
Trump's Loans From Troubled German Bank Pose Conflict Of Interest : Parallels His new hotel's $200 million renovation was financed by Deutsche Bank. The Justice Department is set to impose a multibillion-dollar fine on the bank. And Trump will oversee the Justice Department. 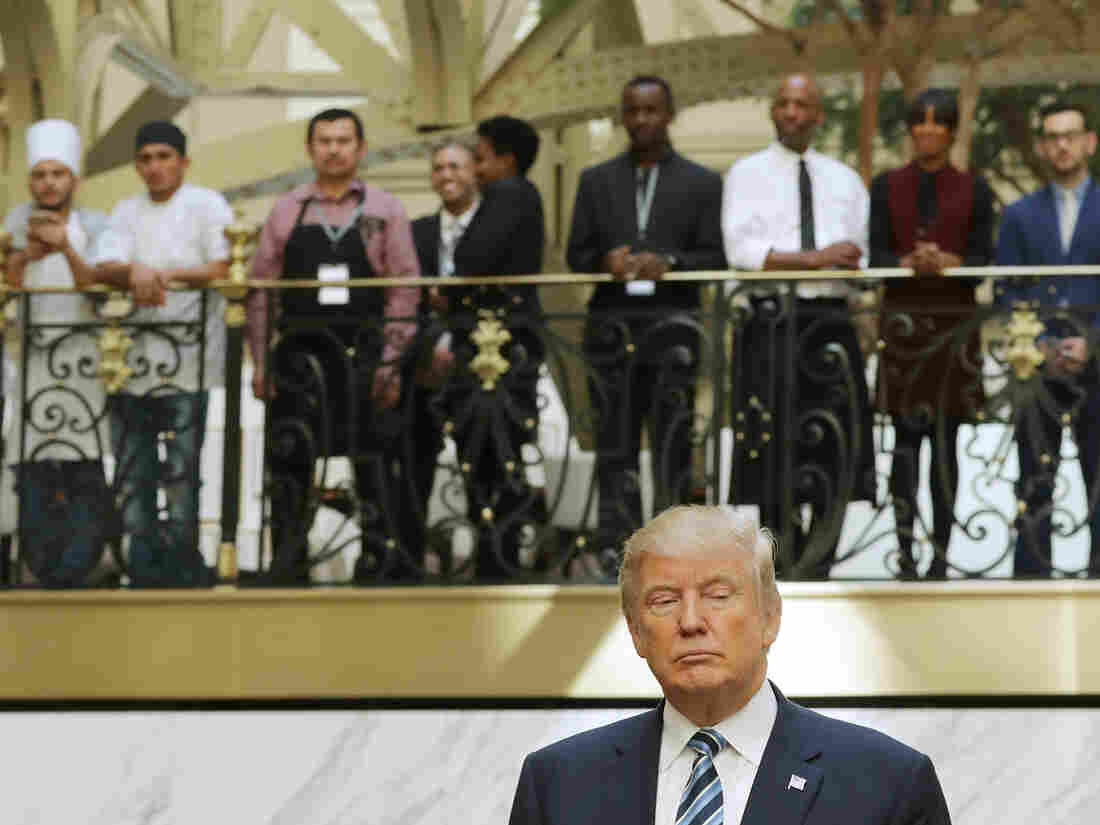 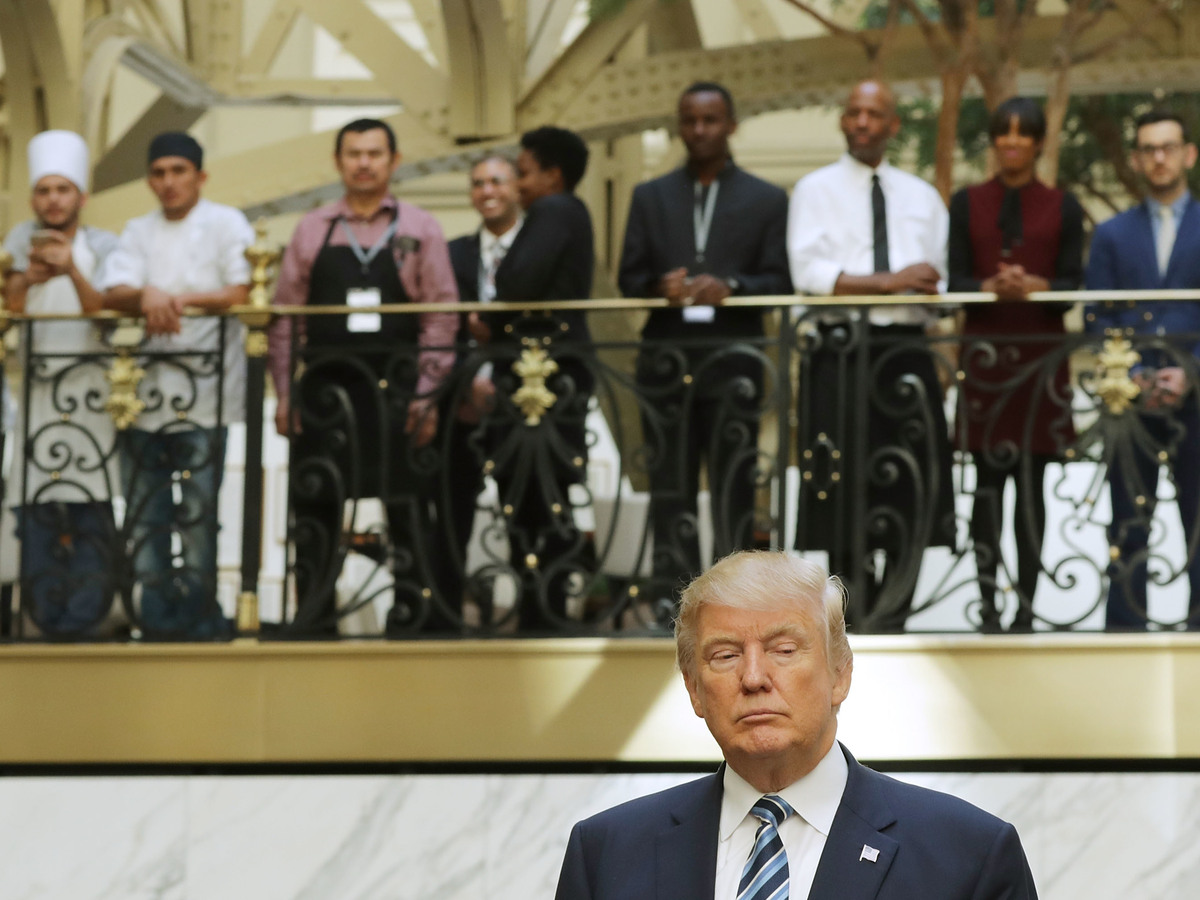 The Trump International Hotel in Washington, D.C., is a stately old building with turrets, arches and a clock tower soaring 300 feet into the air. Inside, the lobby is equally impressive with massive chandeliers, a grand staircase and a glass ceiling 10 floors up.

The 263-room hotel is without doubt luxurious. But it could also represent a massive conflict of interest for President-elect Donald Trump once he takes office.

In 2013, Trump signed a 60-year lease for the building, once the headquarters of the U.S. Post Office, and began a $200 million renovation to turn it into an upscale hotel with the help of loans from Deutsche Bank, a large German bank.

Trump's financial disclosure reports, viewed by NPR, show he currently owes Deutsche Bank roughly $365 million in loans for the Washington hotel, another one in Chicago and a Florida golf course.

Deutsche Bank is one of the large global banks investing in and betting on real estate around the world. So it makes some sense it would be exposed to Trump, says Simon Johnson, a professor at MIT's Sloane School of Management. He says Trump has had a relationship with the Frankfurt-based bank spanning nearly two decades, and it is his largest financial backer.

But Johnson says Deutsche Bank is in deep trouble with the Justice Department over a number of allegations.

"The tip of the iceberg is a particular fine by the Department of Justice, a large fine with the opening numbers around $14 billion, with regard to how they created and sold mortgage-backed securities before 2008," he says.

There are private negotiations underway over the amount of that fine, Johnson says, with the bank and the German government pushing back.

He says this sets up a huge conflict of interest for the president-elect: Once Trump takes office, he will be overseeing the Justice Department, which in turn is negotiating a fine with his biggest lender.

"Does it look bad? Does it look like exactly someone might cut Deutsche Bank a deal because they want their boss's boss to be happier? Yeah, absolutely, of course," Johnson says. "And that's why we try to avoid the appearance of a conflict of interest."

Richard Painter, a former chief White House ethics lawyer in the George W. Bush administration, says it would be best if the case were resolved under the Obama administration.

But Painter, now a law professor at the University of Minnesota, says even if the case against Deutsche Bank can be resolved, there are a host of other potential conflicts surrounding the Trump International Hotel — such as guests staying there as a way to curry favor with Trump.

"The foreign diplomats who are coming in to stay at the hotel at the expense of their governments could create a very serious issue for the president [-elect] under the emoluments clause of the Constitution," he says.

That clause prevents anybody holding a position of trust with the United States government, including the president, from receiving gifts and other payments from foreign governments.

Steven Schooner, with the George Washington University Law School, says Trump's lease with the hotel — which NPR has seen — should be terminated immediately, because the terms of that lease say so.

"The contract specifically says that no elected official of the United States government shall be party to, share in or benefit from the contract. It couldn't be any more clear than that," he says.

The Trump transition team did not respond to requests for comment. On Wednesday, Trump said on Twitter that he is taking steps to separate himself from his business operations. He gave no details, but promised a Dec. 15 press conference to reveal his plans.