Accessibility links
Beijing's Reaction To Trump's Call To Taiwan Is Uncharacteristically Measured : Parallels Some are in an uproar over President-elect Donald Trump's phone call with Taiwan's president. Yet the Chinese leadership has shown no interest in escalating the matter.

In Trump's Taiwan Kerfuffle, Beijing Has Been Uncharacteristically Measured

In Trump's Taiwan Kerfuffle, Beijing Has Been Uncharacteristically Measured 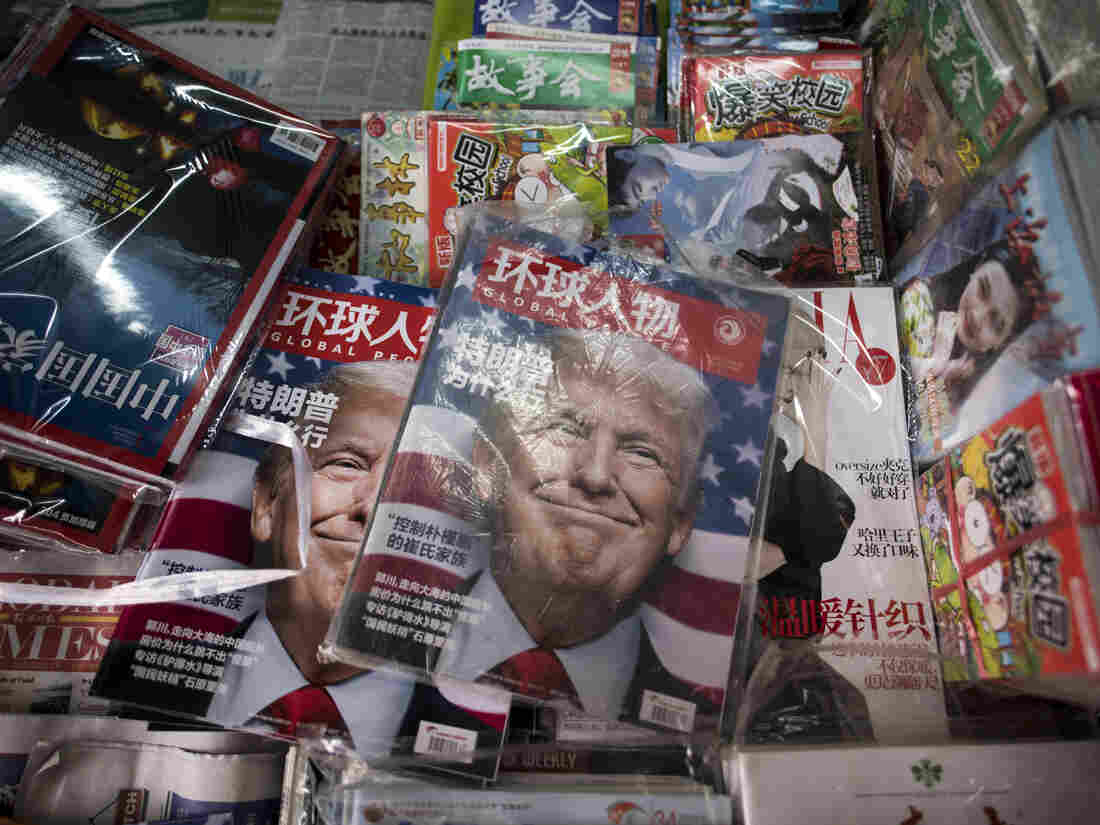 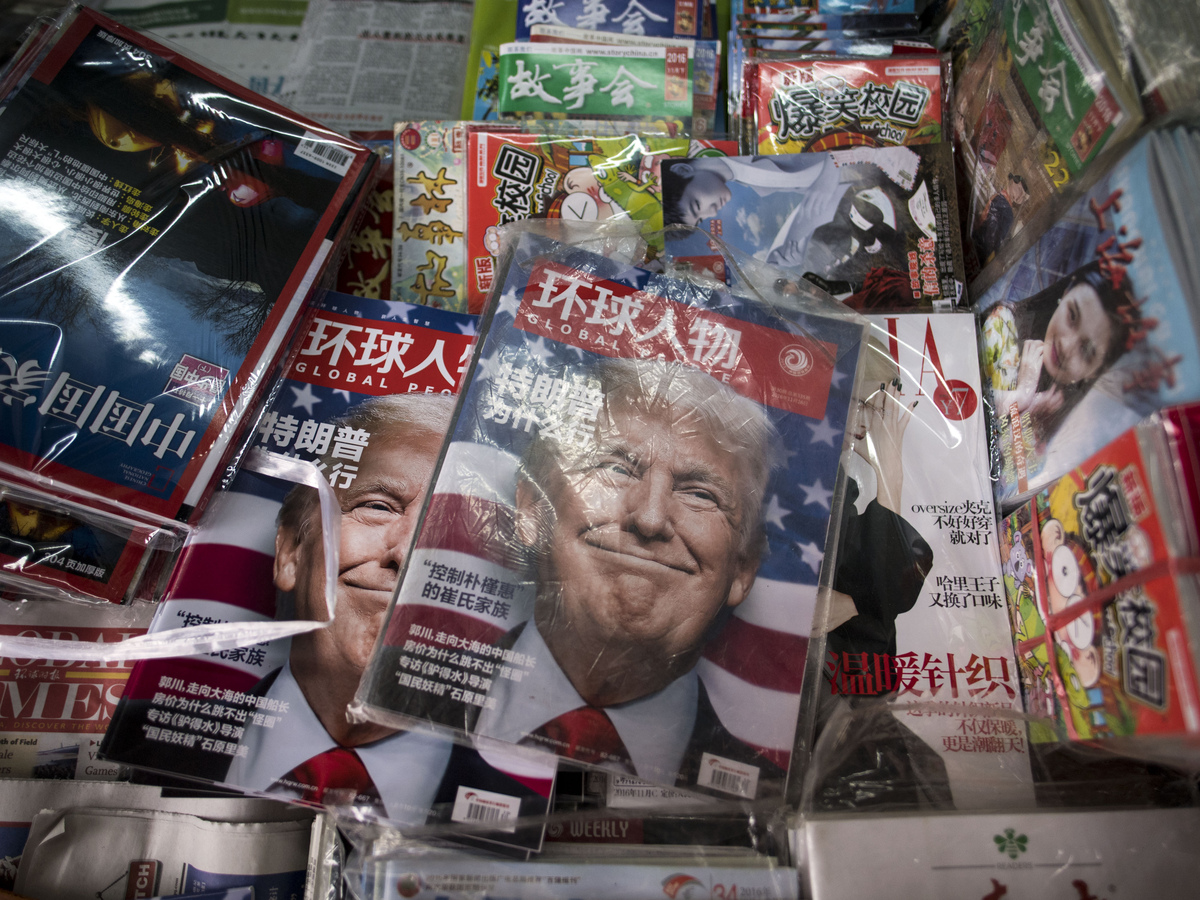 Copies of local Chinese magazines at a news stand in Shanghai on Nov. 14, almost a week after Donald Trump was elected president.

President-elect Donald Trump's unprecedented call with Taiwanese president Tsai Ing-wen has brought all varieties of foreign policy wonks out of the woodwork. Most are critical — some are mocking — of the president-elect's break with four decades of diplomatic protocol.

Yet compared to some of the heated responses to Trump's phone conversation, China's response actually seems quite measured. After waiting nearly a full day, Beijing lodged a formal complaint — something it really had to do. It reiterated the importance of the "One China" policy, stating it hoped Trump would come to an understanding of this.

The response from Beijing was characterized by patience and understanding, and written in a statesmanlike manner — a departure from a government that is known to launch acerbic verbal attacks at those who it feels have "hurt the feelings of the Chinese people." China's government seemed to understand the president-elect is facing a steep learning curve, and it hasn't given up hope.

Interesting how the U.S. sells Taiwan billions of dollars of military equipment but I should not accept a congratulatory call.

What is perhaps clear to the Chinese leadership is that a businessman is soon to be president of the United States. And Trump is very much acting like one. This was a call with a loyal customer, as he pointed out in his second tweet about the matter, following a firestorm of criticism from Beltway pundits. Trump was, of course, ignoring decades of diplomatic protocol, but given the way his mind seems to work, should anyone really be surprised by this?

I spent time this weekend with several Western friends who have operated businesses in China for more than a decade. All of them speak Chinese and travel throughout the region, which includes Taiwan. Their consensus: Whether Trump's phone conversation with Taiwan's president was a diplomatic blunder or not, it broke new ground, because by doing so, Trump was — wittingly or not — putting China's government on the defensive, throwing it off balance for a change.

For years, China's government has been engaging in the same behavior with the United States, the European Union and with nearly every foreign business inside of China. My friends groused that China's government always seems to get a free pass for what many see as bullying and discriminatory behavior.

Perhaps this kind of hawkish treatment of China's government (if that's what this was) is overdue, but when countries put one another on the defensive like this, it can have dangerous consequences.

For now, China's leadership doesn't seem to want to escalate this matter. But the question is: Will Trump behave this way once he's in the White House? And how long will China – and other countries – continue to give Trump the benefit of the doubt before their patience runs out?