Accessibility links
After Berlin Attack, Fears Rise In Europe Over Strikes On Soft Targets : Parallels As ISIS loses ground in Syria and Iraq, police in Europe are concerned the group may step up attacks in the holiday season. Meanwhile, Muslims in Europe report increased harassment and discrimination. 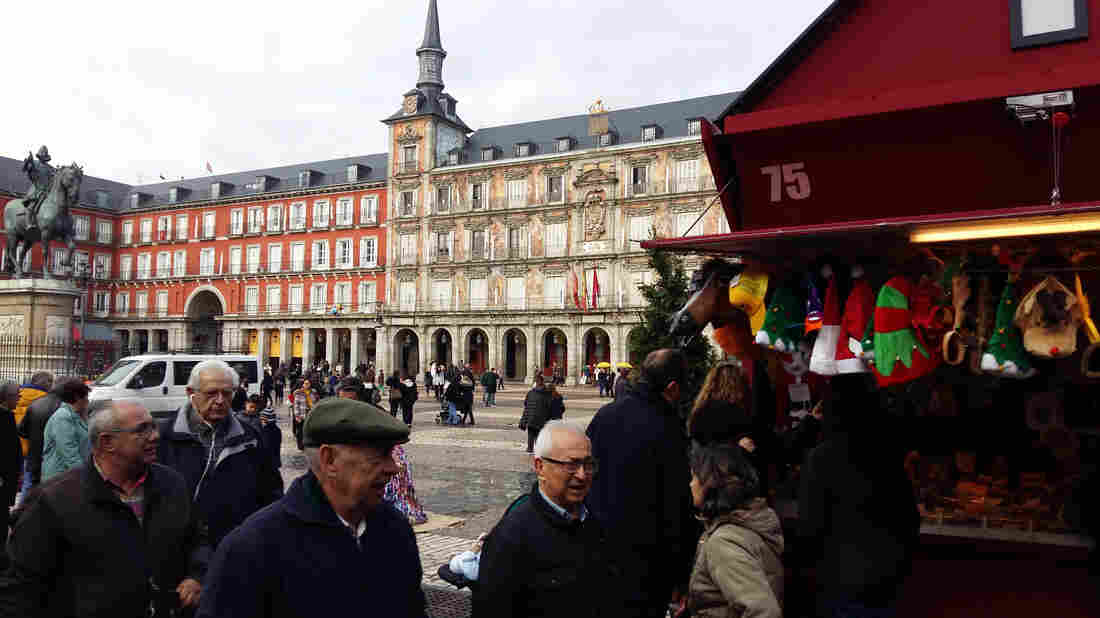 Tourists browse a Christmas market in Madrid's medieval square, the Plaza Mayor, on Dec. 15. As the Islamic State loses territory in Iraq and Syria, Western intelligence agencies believe it may refocus on attacking soft targets in Europe instead. Lauren Frayer for NPR hide caption 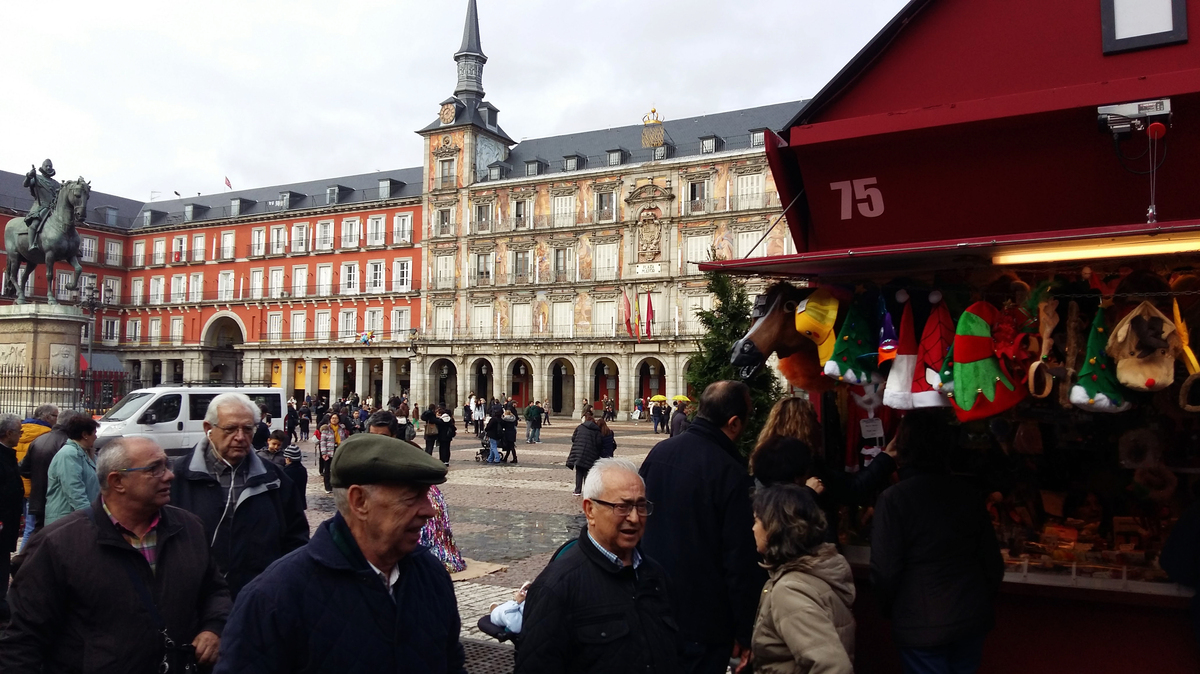 Tourists browse a Christmas market in Madrid's medieval square, the Plaza Mayor, on Dec. 15. As the Islamic State loses territory in Iraq and Syria, Western intelligence agencies believe it may refocus on attacking soft targets in Europe instead.

Carola Garcia-Calvo spends her days poring over Islamic State propaganda. It's part of her job as a global terrorism analyst at Madrid's Elcano Royal Institute, a think tank.

Recently, she has noticed a shift.

Most of the propaganda used to be published in an ISIS magazine called Dabiq, named for an ancient village in Syria, over which the group recently lost control. Now it's using a new magazine called Rumiyah, which means Rome — and it's increasingly encouraging devotees to think about attacking "soft" targets in Europe.

"Soft targets are, for example, normal people walking down the street, doing their daily activities, shopping, going to their jobs," Garcia-Calvo explains.

ISIS has claimed responsibility for Monday's truck attack on a Christmas market in Berlin. German police are hunting for those responsible.

In early December, the European Police Office, or Europol, issued a report saying that as ISIS loses territory in Iraq and Syria, Europol expects foreign fighters to return to Europe from the Middle East. And not just to France or Belgium, where ISIS has attacked before — but continent-wide.

"No single European country is exempt from this threat," Garcia-Calvo says.

She estimates that out of about 40,000 foreign fighters who have traveled to Iraq and Syria to join ISIS, some 5,000 of them are from Europe. Only about 200 of them are estimated to come from Spain, compared with thousands from France, Belgium and Britain.

Recent articles in Rumiyah have encouraged jihadists to attack civilians with commercial vehicles or with knives — weapons that are more difficult for law enforcement to detect than explosives. ISIS said one of its "soldiers" was behind a truck attack last summer on Bastille Day in Nice, France, that killed at least 84 people. It also claimed responsibility for a November stabbing attack at Ohio State University, which wounded 11.

"One of the things that differentiates the Islamic State from al-Qaida is that the Islamic State won a territory," Garcia-Calvo says. "With the loss of some of that territory, they have to change their strategy. So now maybe we will see more attacks in Western Europe as ISIS tries to maintain its supporters."

The State Department has warned tourists to "exercise caution" across Europe this holiday season.

And as fear of terrorism in Europe grows, some Muslims in Europe say they're facing increased discrimination and harassment.

At Madrid's Islamic Cultural Center, which includes the second-largest mosque in Europe, a Syrian refugee named Zaid gives tours to Muslim visitors from all over the world. He didn't want NPR to publish his full name because of safety concerns. He says the tourists he guides around Spain — many of them Muslims from Indonesia and Malaysia — often ask him about what it's like to be Muslim in Europe right now. He says he tells them it's getting more difficult. 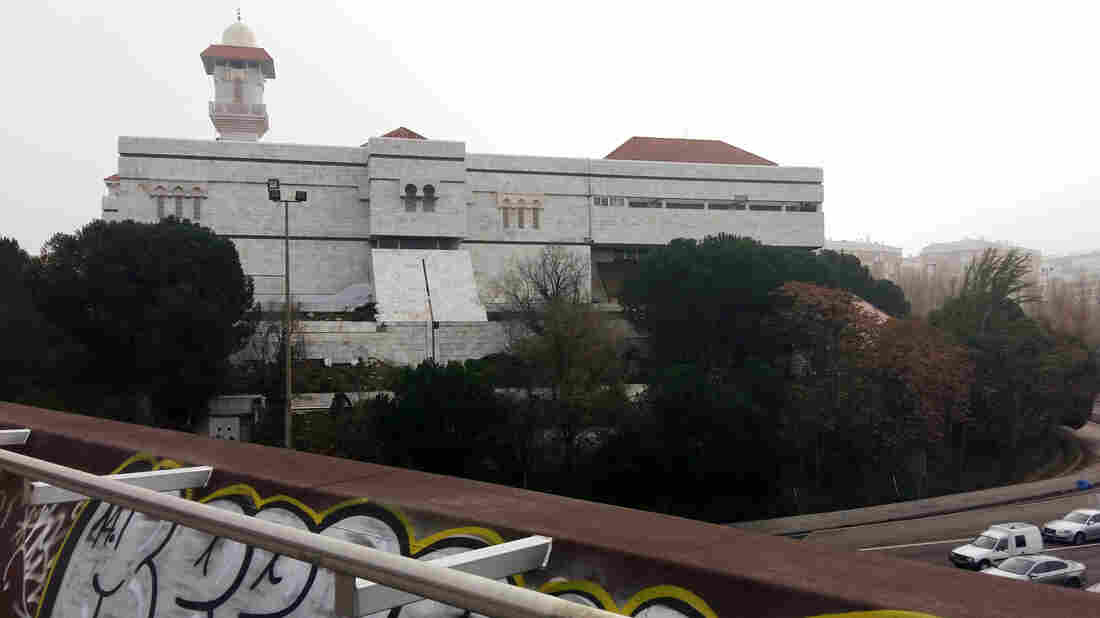 The Islamic Cultural Center of Madrid — popularly known as the M-30 Mosque because of its proximity to the Spanish capital's M-30 ring road highway — is the second-largest mosque in Europe, after Rome's. Lauren Frayer for NPR hide caption 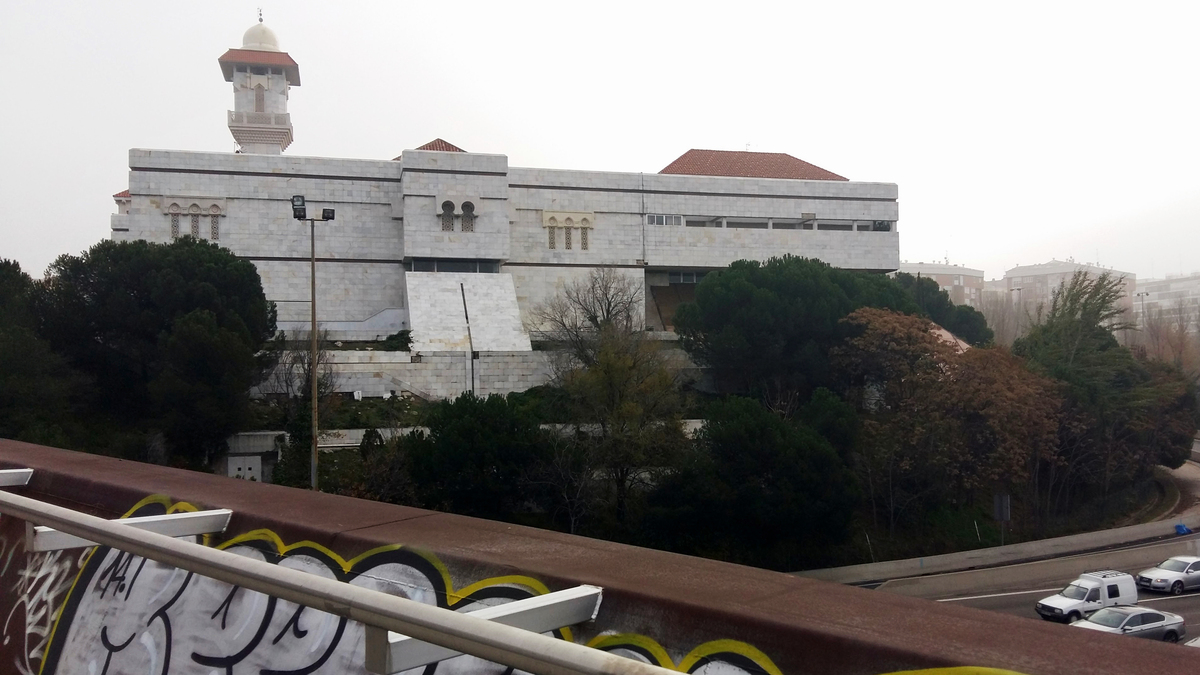 The Islamic Cultural Center of Madrid — popularly known as the M-30 Mosque because of its proximity to the Spanish capital's M-30 ring road highway — is the second-largest mosque in Europe, after Rome's.

Zaid is a cardiologist, originally from Aleppo, Syria. He left home before the Syrian war began to take up a prestigious fellowship at a hospital in Spain. But then the war broke out and he couldn't go home.

He expected to receive sympathy from Europeans, and for the past six years, he says he has. But recently, he was harassed for the first time. He says some Spanish teenagers gestured toward him as he walked down a street with his wife, who wears a headscarf.

"They gave some signs that, 'We will kill you as you are killing us,' and some words — 'Get out of this country,' " Zaid says. "With my wife, three times it happened."

Zaid says he feels like he has to constantly disavow ISIS, to reassure people that he is not a terrorist. It gets exhausting, he says.

"For me, I'm trying to give the correct idea of Muslims and of refugees — what Islam means, and why refugees are leaving their homes," he says. "Especially in my situation, the Syrian people, the majority of them won't leave their country if there wasn't a war. They're forced to."

He's dismayed that the flow of millions of migrants and refugees into Europe has nevertheless turned some Europeans against them. Anti-Muslim, anti-immigrant candidates are rising in the polls in France, the Netherlands and Germany — which all hold elections next year. Attacks like Monday's in Berlin help fuel anti-Muslim sentiment.

"Together with the asylum stream, terrorists were among them!" the Dutch far-right politician Geert Wilders told NPR in an interview Tuesday at the Dutch Parliament in The Hague. "A lot of people of Islamic backgrounds have not so much to do with our freedom and our Western values."

Reacting to news of the Berlin market attack, Wilders tweeted a fake photo of German Chancellor Angela Merkel with blood on her hands. He called Merkel "irresponsible, cowardly" and said ruling parties across Europe should be held "accountable" for any acts of terrorism on their watch.

Wilders has proposed banning the Quran, shutting mosques and pulling the Netherlands out of the European Union. He is leading in the polls ahead of Dutch elections coming up in March.

In Spain, there is no major far-right, anti-immigrant movement — perhaps because Spaniards had a nearly 40-year right-wing military dictatorship that ended in the 1970s. Instead, anti-war rallies are frequent.

On one recent evening in Madrid's central Puerta del Sol square, demonstrators called for an end to the war in Syria. Many Spaniards blame their government's involvement in the U.S.-led invasion of Iraq for the 2004 Atocha train bombings that killed nearly 200 people in Madrid. It was Europe's worst act of Islamist terrorism, and Spain decided to pull out of the Iraq War within days of the attacks.

On this evening, protesters form a circle around a group of actors in Puerta del Sol, who play out a war scene from Aleppo. An actress writhes on the ground, screaming, as fake gunfire rings out — in stark contrast to the holiday decorations all around. The performers want to remind holiday shoppers why refugees are leaving the Middle East.

Some of the protesters decry both ISIS and Europe's far-right politicians for using the same propaganda tool: fear.

"They don't want us to be strong people. They want us scared all the time," says Sira Pelaez, a 27-year-old Ph.D. student taking part in the demonstration. "I think this is the worst possible stance for Europe. It's self-fulfilling. Fear leads to violence."

Pelaez says she is relieved there is no major anti-immigrant movement in Spain. But she worries about the rise of the far right in the rest of Europe.

"All the time, in this culture of fear, what party are we going to vote?" asks Pelaez. "It's very simple — and very normal. I mean, of course, people have fear and are scared."

Fear is driving voters toward far-right candidates, and that, she warns, is exactly what ISIS wants — a confrontation in Europe.