Accessibility links
For Global Investors, 'Uncertainty' Over Business Climate Under Trump : Parallels The U.S. has long enjoyed a solid reputation as a trustworthy place to do business. But President-elect Trump's potential conflicts of interest around the globe could challenge that reputation. 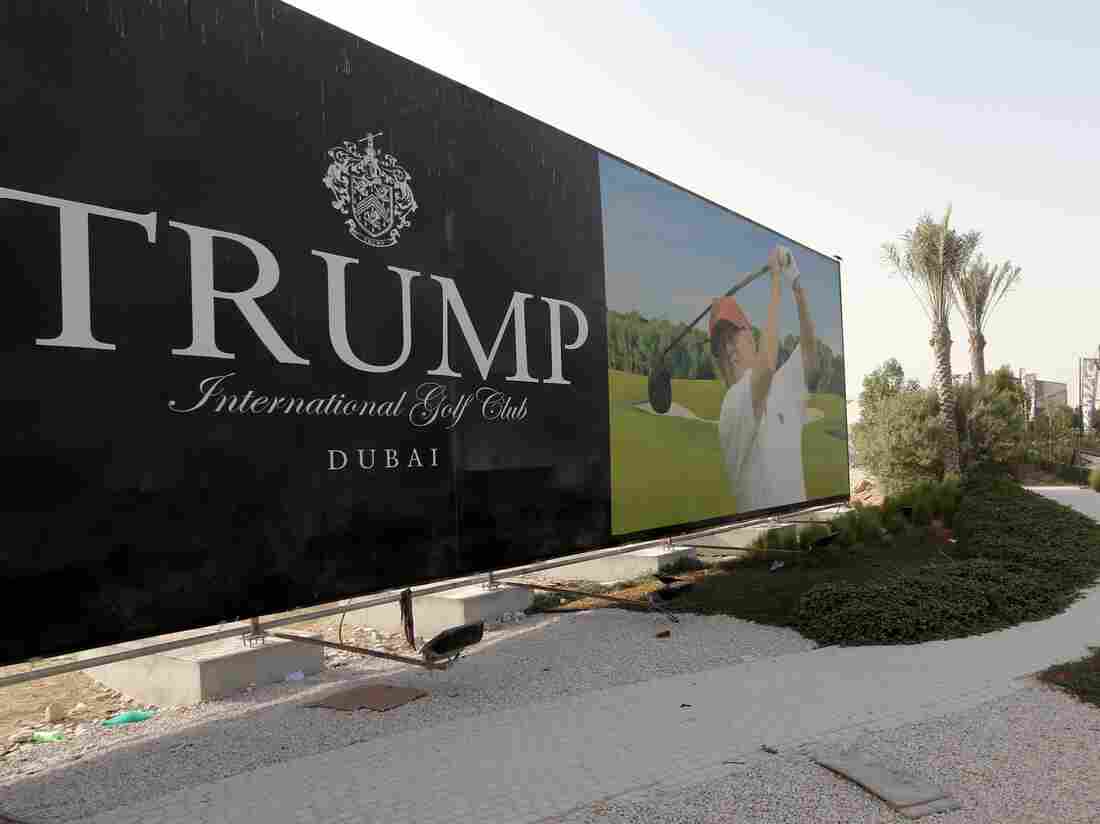 The Trump International Golf Club in Dubai is part of the president-elect's real estate empire. Trump has said his sons would run his companies while he's president. Karim Sahib/AFP/Getty Images hide caption 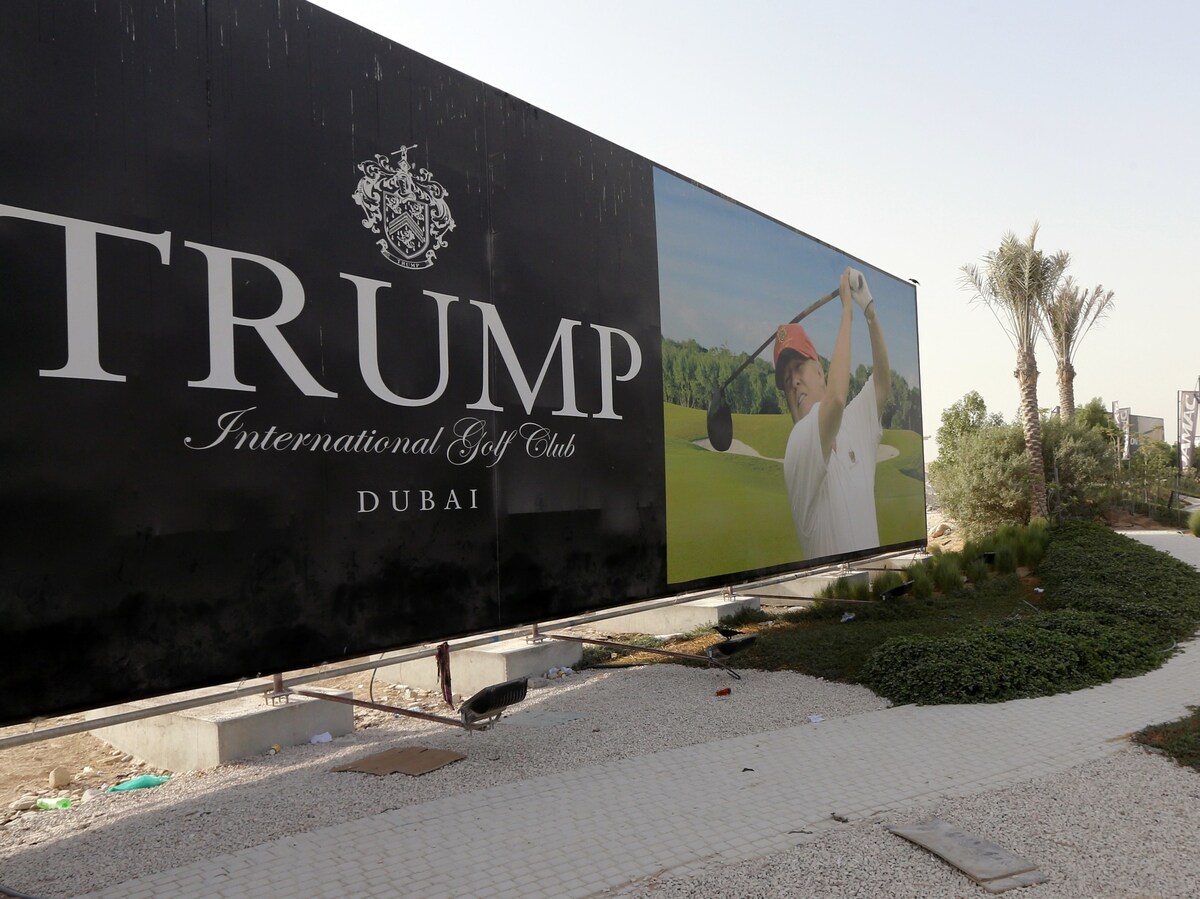 The Trump International Golf Club in Dubai is part of the president-elect's real estate empire. Trump has said his sons would run his companies while he's president.

It can take decades for a country build up a name as a good place to do business, and the U.S. consistently ranks among the best. But some economists say its reputation for trustworthiness could be challenged if President-elect Trump makes good on threats to rip up international agreements.

"The U.S. is consistently among the top five, the top 10 countries in the world in terms of the environment for doing business. And this is mostly because of the rule of law and the transparency of government," says Simeon Djankov, a senior fellow at the Peterson Institute for International Economics and former chief economist at the World Bank.

He warns that America's solid reputation could quickly disappear if President-elect Trump carries through with some of his campaign promises. He points to the Paris climate accord, signed by world leaders a year ago. Djankov says there was an underlying expectation in the global business community that an international contract would be honored when the next U.S. president took office.

"Suddenly the president-elect says, 'Well, I don't like this agreement, I may not abide by it,' " he says. "This business is thrown into panic, already they have spent maybe hundreds of thousands or even millions of dollars abiding by this new regulation, now it's for nothing, so to speak."

Scuppering such agreements can erode trust with international investors, says Ray Fisman, a professor of economics at Boston University.

"If there's one thing that deters investment, it is uncertainty," he says. "And we're seeing uncertainty. You don't quite know what you're in for if you consider doing business in the U.S."

It's still unclear whether there will be a bright line between Trump's business dealings and the White House. His children have sat in on meetings with world leaders and advisers. Trump has said his sons would run his companies while he's president — but he could still make money off his name used on properties across the world.

"We should not forget that perceptions are important," says Alejandro Salas, a director at Transparency International, which produces an index every year looking at the impact of perceived corruption on international investment in more than 160 countries.

Salas says the higher level of corruption, the less attractive a country is to investors, and vice versa. The U.S. ranked 16th last year, tied with Austria. Salas says that may change because Trump appears to disregard many rules and regulations.

The American system of checks and balances will help hold the government accountable, Salas says. For now, investors will give the new president time and latitude to settle into the job. Meanwhile, the stock market is going gangbusters.