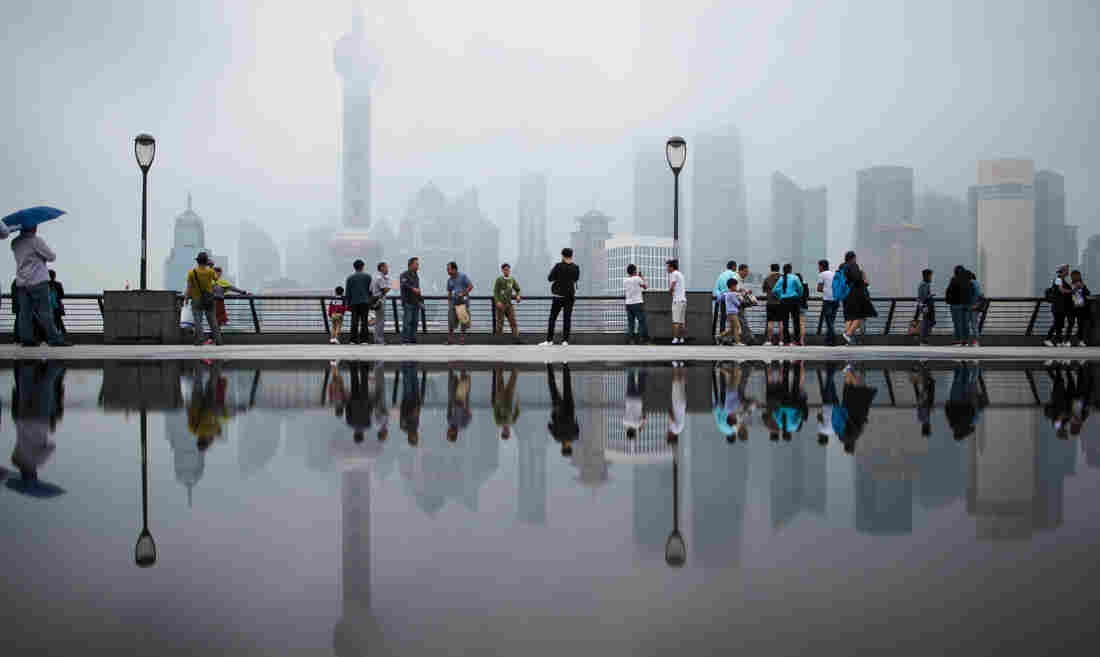 People in Shanghai overlook the financial district in June 2016. The Shanghai city government recently released an app that produces a "public credit score" for residents. A good score can lead to discounts, but a bad score can cause problems. Johannes Eisele/AFP/Getty Images hide caption 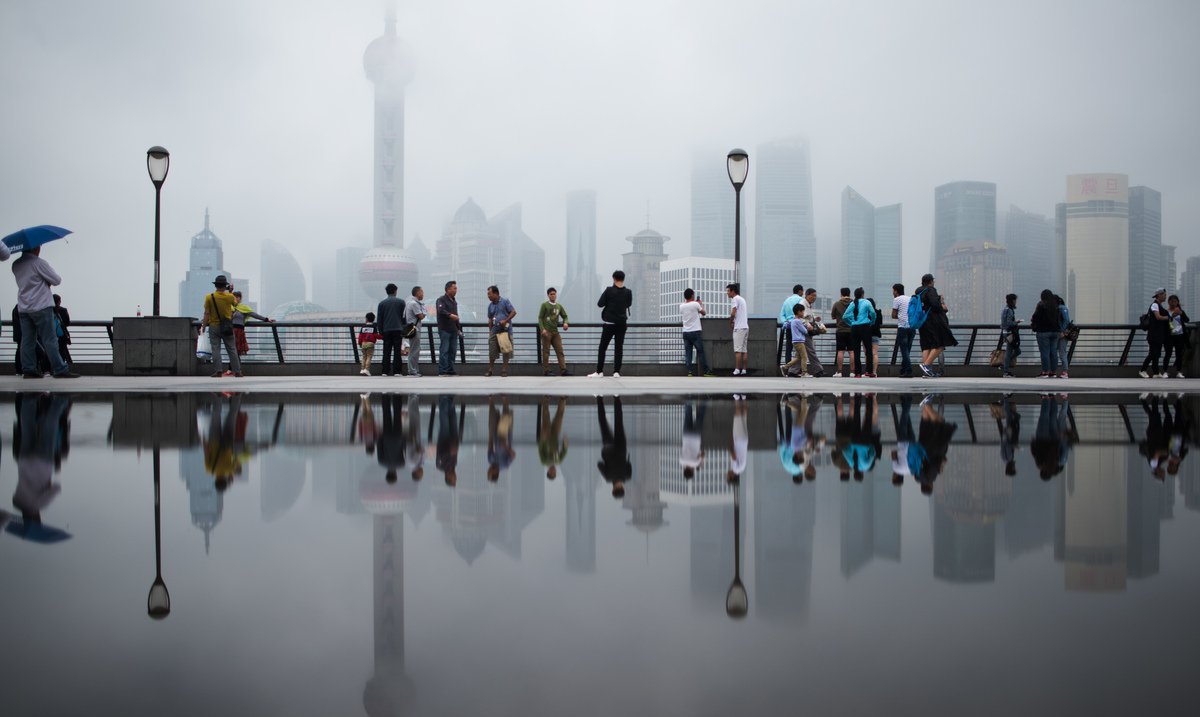 People in Shanghai overlook the financial district in June 2016. The Shanghai city government recently released an app that produces a "public credit score" for residents. A good score can lead to discounts, but a bad score can cause problems.

The Shanghai city government thinks it can make citizens more honest through a smartphone app. The city released the app, Honest Shanghai, in November during "honesty week," a celebration of virtuous behavior throughout the city.

Here's how the app works: You sign up using your national ID number. The app uses facial recognition software to locate troves of your personal data collected by the government, and 24 hours later, you're given one of three "public credit" scores — very good, good, or bad.

"We want to make Shanghai a global city of excellence," says Shao Zhiqing, deputy director of Shanghai's Commission of Economy and Informatization, which oversees the Honest Shanghai app. "Through this app, we hope our residents learn they'll be rewarded if they're honest. That will lead to a positive energy in society."

Shao says Honest Shanghai draws on up to 3,000 items of information collected from nearly 100 government entities to determine an individual's public credit score.

A good score allows users to collect rewards like discounted airline tickets, and a bad score could one day lead to problems getting loans and getting seats on planes and trains. 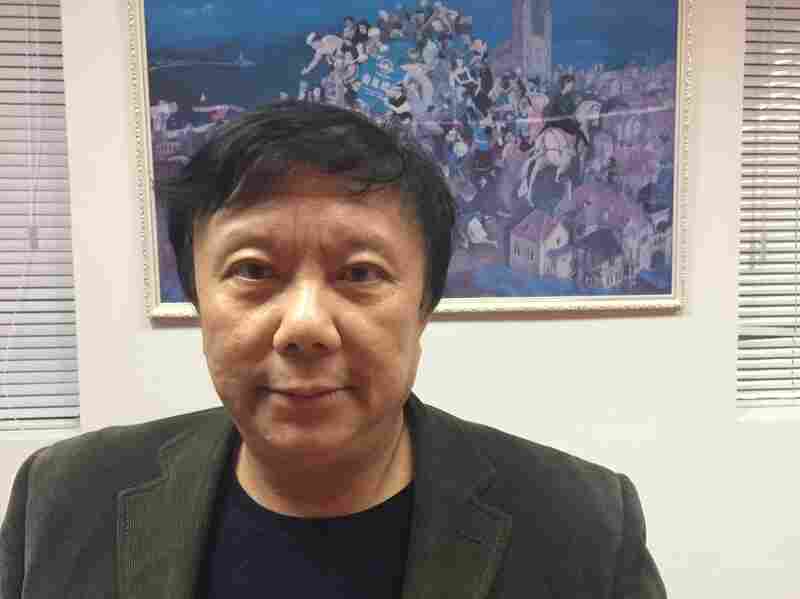 Zhu Dake is a professor at Tongji University in Shanghai. He says the Honest Shanghai app would be better if citizens could rate their own government. Rob Schmitz/NPR hide caption 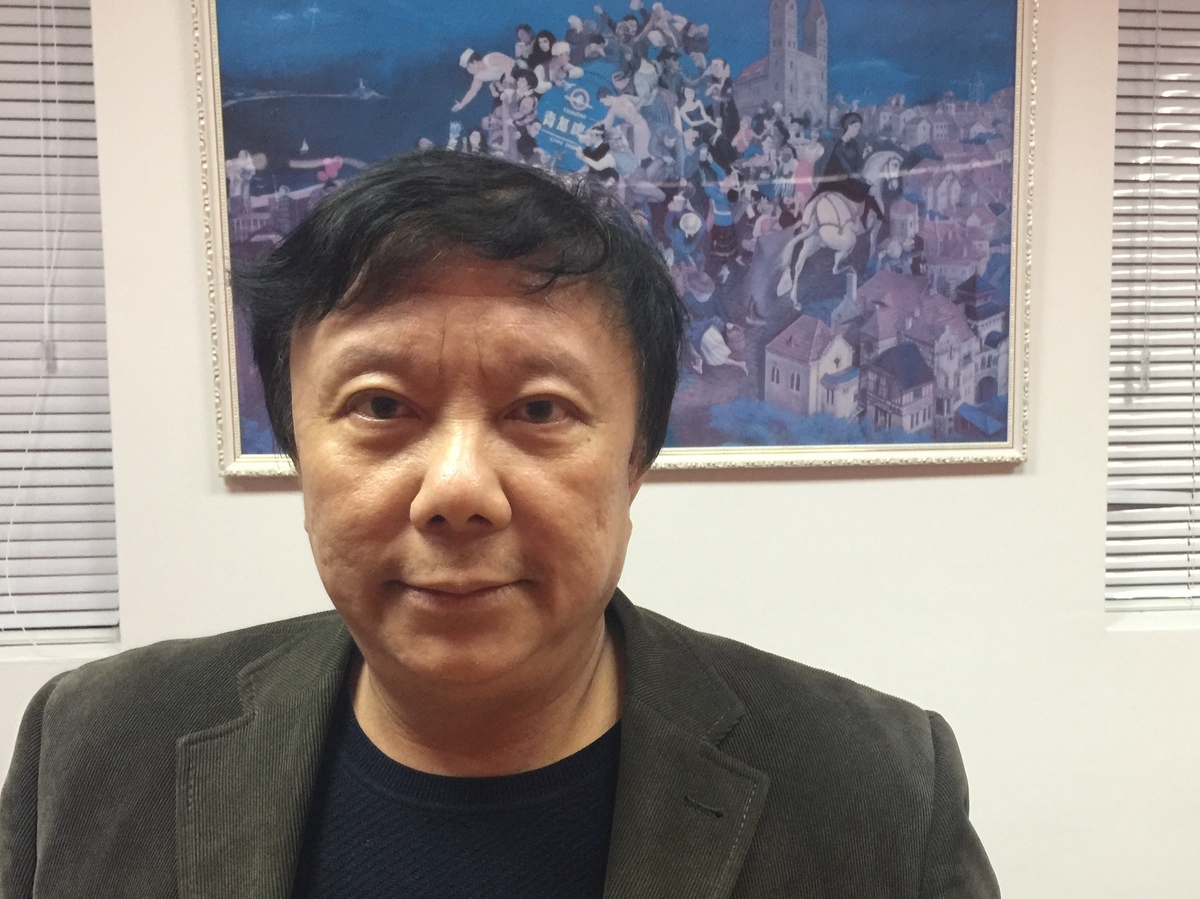 Zhu Dake is a professor at Tongji University in Shanghai. He says the Honest Shanghai app would be better if citizens could rate their own government.

"The government is not omnipotent," says Shao from his office. "In order to give a well-rounded rating for each resident, we'll need to tap the market for data. We'll look to industry associations, private companies, and social media."

But skeptics wonder how far this will go before Honest Shanghai becomes Paranoid Shanghai?

"The government asks people to be honest, but it excludes itself from such scrutiny," says Zhu Dake, a Humanities professor at Tongji University in Shanghai.

"The government should be watched as well, but who's watching them?" he adds. "Should we develop another app that allows the people to monitor them? If we did, they'd accuse us of breaking the law."

Zhu says unilateral grading from a nationwide social credit system could lead to what he calls "credit totalitarianism."

In A Massive City, This Bar Serves Up Diverse Drinks — To 8 People At A Time

"You're wrong if I say so," says Zhu. "You have bad credit if I say so. Where will this lead? They could easily expand the criteria and start judging people on moral or ideological grounds. They're using modern technology to create a vision of Orwell's 1984."

City official Shao Zhiqing rejects this line of thinking. He points out that the app, at this stage, is completely voluntary.

Additionally, he says, "The government isn't rating people. It's done by a third party. We share government data and they decide what it means."

Shao added that Shanghai wasn't paying the third party in assisting with the app.

The third party is software company Zhengxin Fangsheng. A representative named Wu said his company wouldn't have worked on the Honest Shanghai app unless the government asked it to, so yes, Wu said, the government has every intention to rate its residents' public credit.

Wu added that although the government hasn't paid his company yet, Zhengxin Fangsheng outbid other software companies to work on the app.

On Shangai's streets, nobody seemed to have heard of the Honest Shanghai app. But those interviewed seemed to like the idea.

"It sounds like it will help improve the quality of citizens in the long run," says saleswoman Joyce Hu, 30. "As long as it doesn't violate my privacy, I'm OK with it."

Down the road, Xuan Zixi, 24, had some questions about Shanghai's government prying into his personal information.

"Is it like what the American government does? Where they monitor what their citizens are doing all the time? It's like that, right?" he asked.

As long as it's the Chinese government and not the NSA prying into his personal life, says Xuan, he trusts everything will be fine.