Accessibility links
Trump Business Deals In Southeast Asia Raise Conflict Of Interest Concerns : Parallels Some analysts say any involvement by President-elect Trump in a project, even if just his name, can create a conflict of interest, complicating national security, foreign policy or economic concerns. 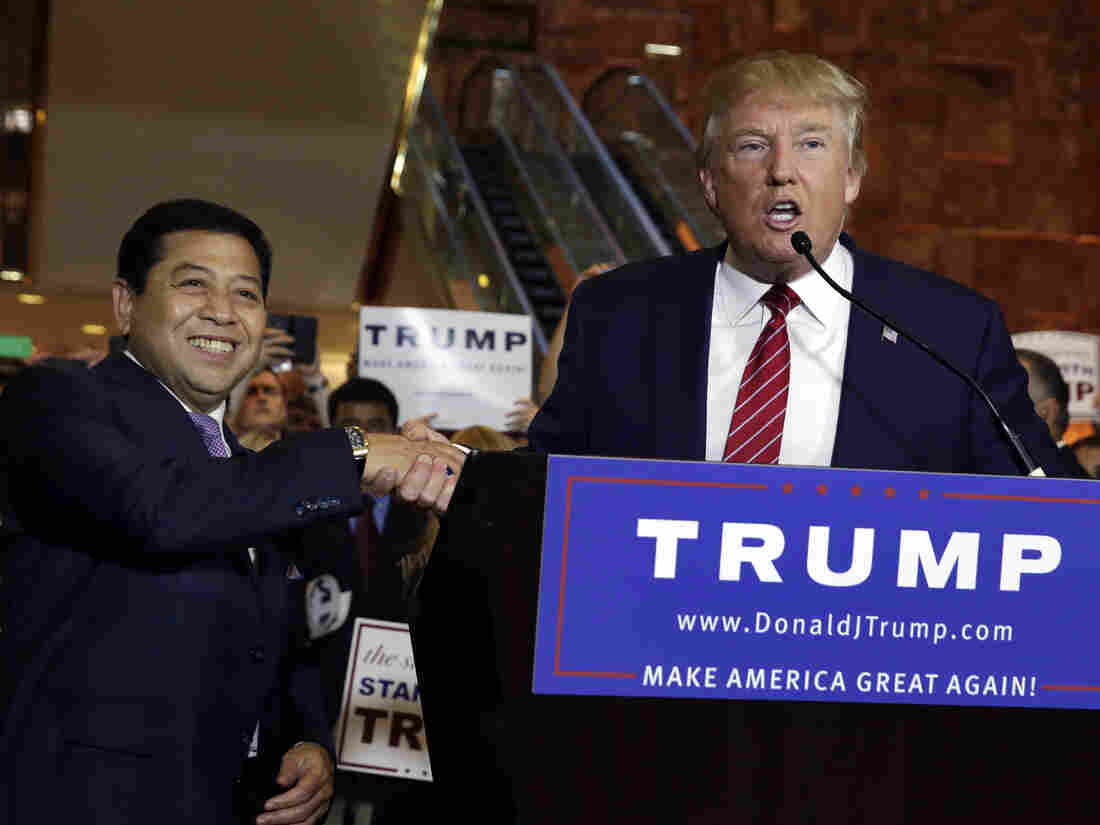 Donald Trump appeared with Setya Novanto, then speaker of the House of Representatives of Indonesia, at Trump Tower in New York in September 2015. Novanto resigned from his political post in December 2015 after corruption accusations. Richard Drew/AP hide caption 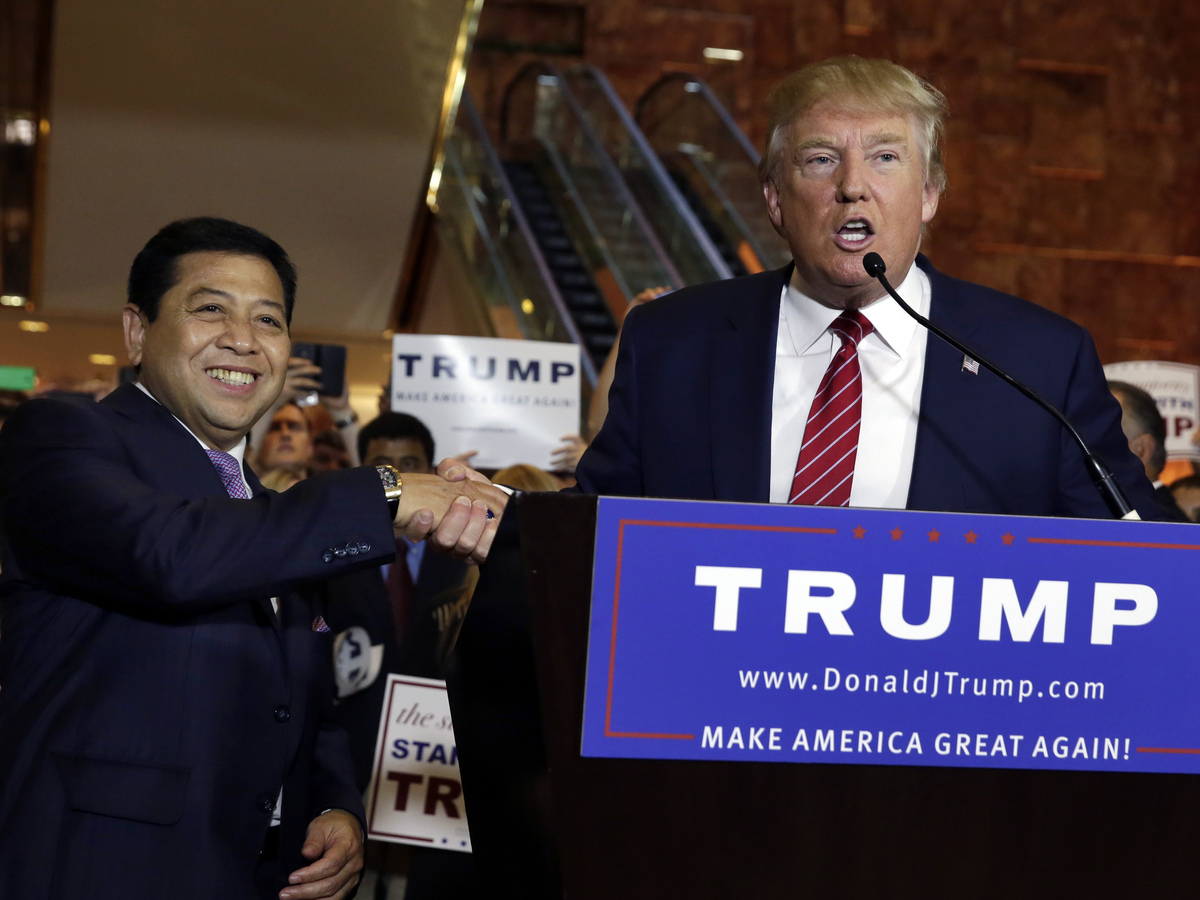 Donald Trump appeared with Setya Novanto, then speaker of the House of Representatives of Indonesia, at Trump Tower in New York in September 2015. Novanto resigned from his political post in December 2015 after corruption accusations.

President-elect Donald Trump has promised to step back from his business interests when he takes office. He says he'll let his two adult sons take the helm and that he won't make any new deals while he's president.

While he's unwinding some of his roughly 500 business deals involving about 20 countries as Inauguration Day approaches, many others are moving forward, causing concern about conflicts of interest.

Most of the projects are licensing deals, says Joshua Kurlantzick, a Southeast Asia specialist at the Council on Foreign Relations.

"They pay Trump a fee and someone builds the resorts and they slap his name on it," he says. "So it's not like he's got his own skin in the game or he's possibly going to be involved in shaping the resorts."

Still, Kurlantzick and others say any involvement by Trump in a project, even if it's just his name, can create a conflict of interest — complicating any national security, foreign policy or economic concerns the U.S. has with a particular country.

For example, in a $150 million project in Manila, Trump had received up to $5 million for the use of his name. This is in a country where human rights concerns have been raised as a result of President Rodrigo Duterte's brutal anti-drug campaign. More than 6,000 people have been killed since Duterte took office in June.

"Whether his business interests are a factor in that, I don't know how you ascertain that. I think it would certainly give [Trump] a motivation," he says. 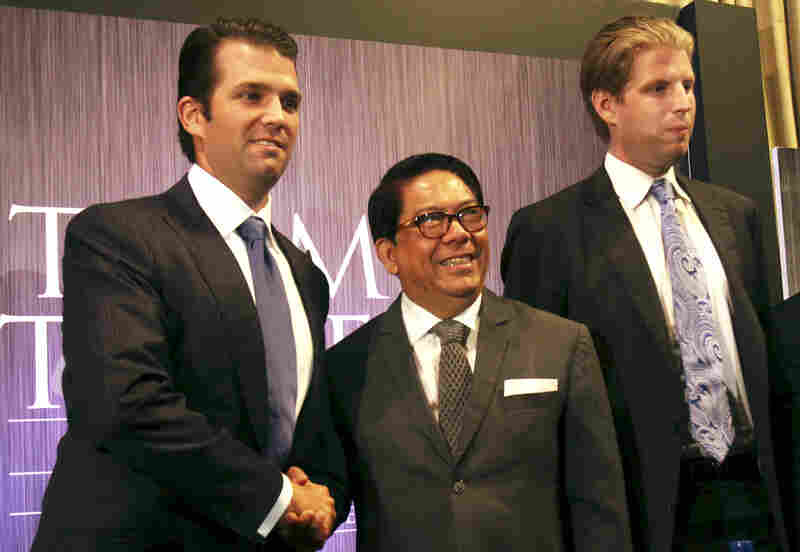 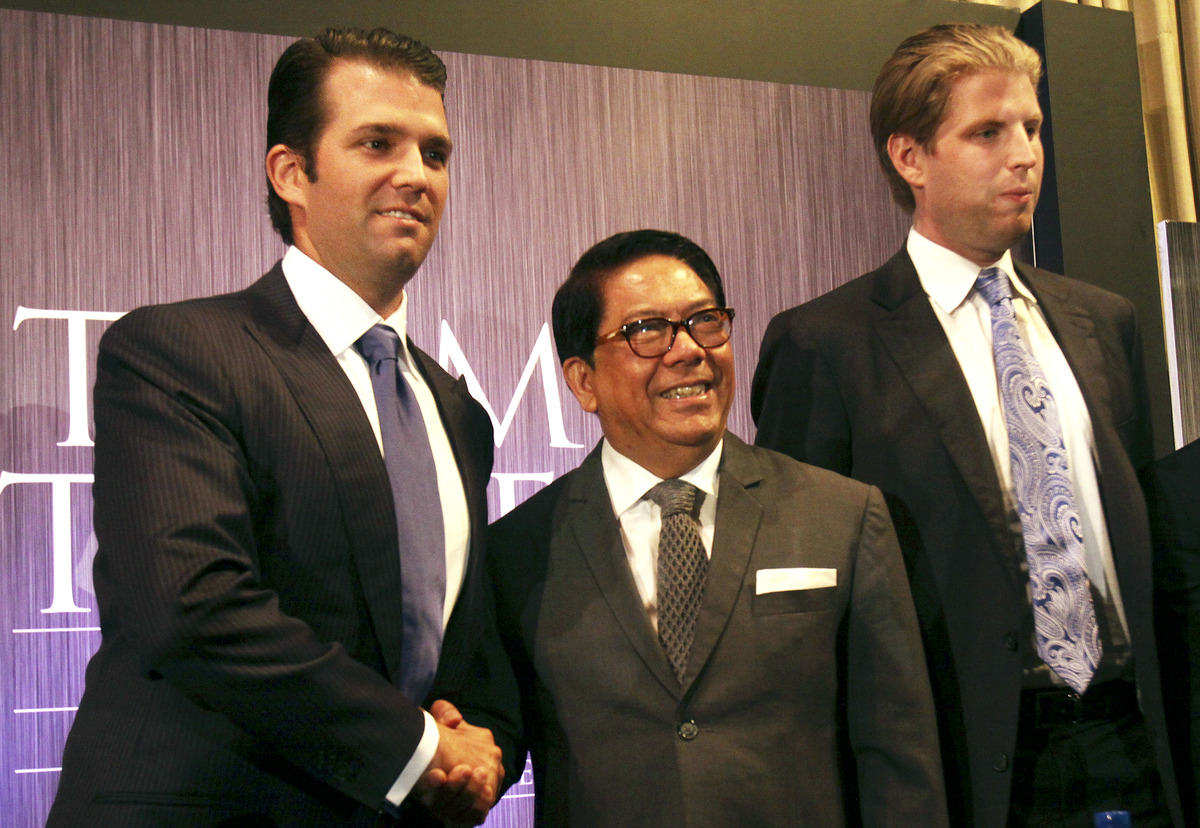 Manning says it won't be illegal for Trump to interact with Antonio in his capacity as trade representative.

"It's the sticky question of deciding where national interests stop and business begins, and vice versa," Manning says.

Trump has promised to keep his hands off his business empire while president. But Kurlantzick says Trump's sons will have to build up strong relations with powerful people to help keep overseas projects moving. And this could be problematic.

Kurlantzick cites an example in Indonesia, where the Trump Organization is involved in two resort projects. One of Trump's Indonesian contacts was Setya Novanto, the speaker of the House of Representatives. He had to step down in December 2015 after being accused of corruption.

"He briefly gave up his post, which was like the equivalent of [House Speaker] Paul Ryan, last year, because he was caught on an audio trying to get a $4 billion payment from an American mining company," Kurlantzick explains.

In September 2015, during the presidential campaign, Novanto went to New York to meet with Trump — and accompanied him at a news conference, where Trump praised him as "an amazing man" and a "great man."

"What we want to make sure of is that the deal our president cuts is solely for the benefit of the United States, that there's no other interest that could be affecting his judgement, and that includes his own financial interests," he says.

The only way for Trump to do that, Gillers says, is to divest himself from all his business interests when he becomes president.

The audio version of this story, as did a previous Web version, incorrectly states that Indonesian politician Setya Novanto was a business partner of President-elect Donald Trump. In fact it was Trump's Indonesian business partner who arranged for Novanto and Trump to meet.