Accessibility links
In S. Korea, Air Raid Drills Are A Reminder Of N. Korean Threat : Parallels Seoul considers North Korea a bigger threat than a natural disaster. Twice a year, South Korea holds nationwide drills. "It's a simulation of what will happen at a time of war," says a Seoul official. 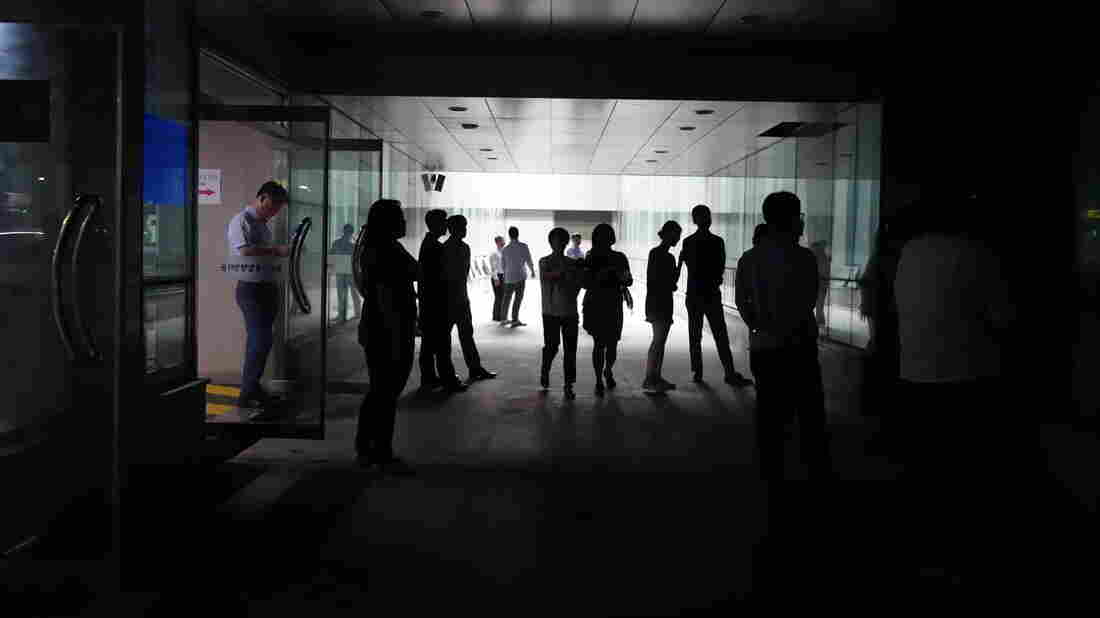 Workers in Seoul's Yongsan ward office wait in a parking garage for an all-clear sign during a recent air raid drill. Concerned about a possible attack by North Korea, the South Koreans hold the drills twice a year. Elise Hu/NPR hide caption 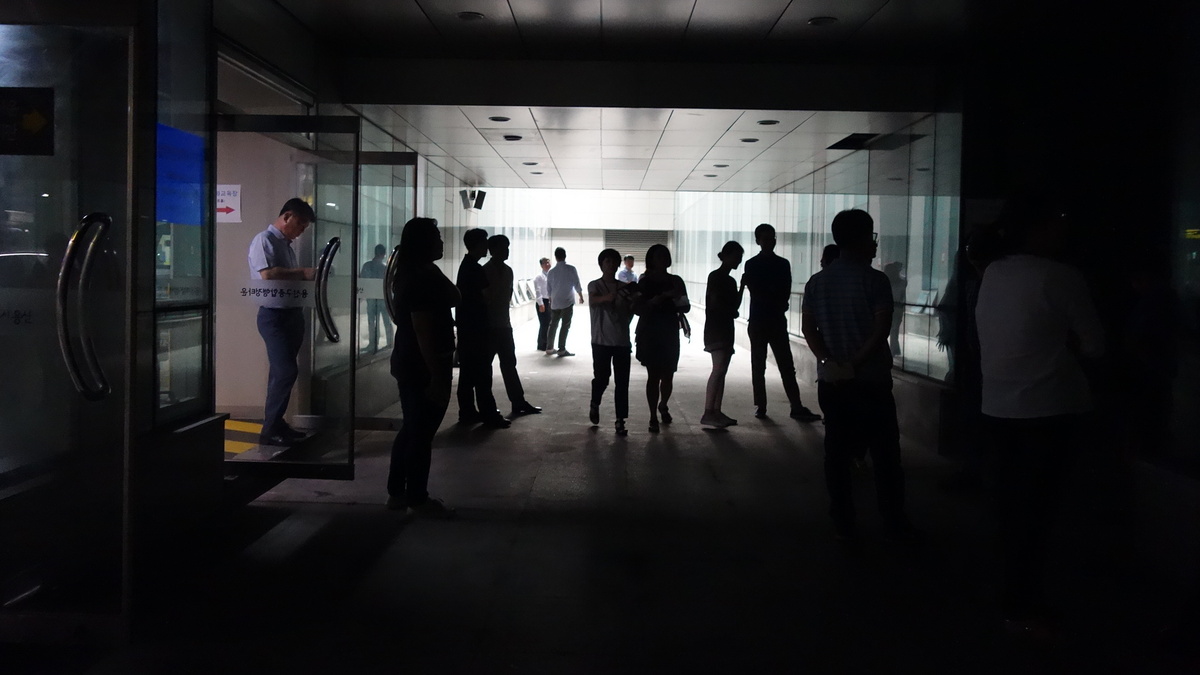 Workers in Seoul's Yongsan ward office wait in a parking garage for an all-clear sign during a recent air raid drill. Concerned about a possible attack by North Korea, the South Koreans hold the drills twice a year.

In South Korea, preparing for the worst has become a routine part of life. Twice a year, the country runs air raid drills in case of an attack by North Korea.

Citywide sirens go off at 3 p.m. in the capital, Seoul. They're supposed to bring the bustling city to a temporary halt. "It's a simulation of what will happen at a time of war," says Jeong Eun-cheon, a spokesman for Seoul's Yongsan district.

South Korea is still stuck in a technical state of war with North Korea, and has been since the North invaded in 1950. With Pyongyang's ever more frequent missile launches and nuclear tests, Seoul — with a population of 10 million near the border — says it's got to be ready.

"These drills are something every South Korean knows," Jeong says.

Drivers are expected to slow down and pull over — and most of them do. Pedestrians are expected to take cover. But it's not clear that everyone outside knows they're supposed to pretend an air attack is coming. On the day we witnessed a drill in late August 2016, there was a look of confusion among some folks on the streets when the sirens went off.

Inside, government workers do know the drill. They have to, since they are the only ones required to take part in these each time. At the Yongsan district office, the lights go out at the help-windows where people pay their taxes. Bureaucrats file downstairs to the lowest level of the underground parking garage.

"I think it will be over soon. Like about 10 minutes, 15 minutes," says Will Park, who is interning at the district office. He grew up in the U.S., so this is his first air raid drill ever. We're huddled with his co-workers in the dark.

And just as quickly as it started, the drill is over. The 300 or so employees of this district office take the stairs or the elevators and get back to work.

So is this kind of drill really necessary?

"If we keep doing these drills, if war does happen, people will be able to deal with it without being too shocked," says Jeong, the district office spokesman.

The North Korean border is just a 90-minute drive from Seoul. Kim Jong Un ordered more than 20 missile tests last year alone. And since he has been in power, he has presided over three nuclear tests — two of them in 2016.

"In the event war breaks out, we can minimize the damage to human lives through repetitive practice," says Jeong.

That's what preparedness is about: repetitive practice for a situation no one wants to see.