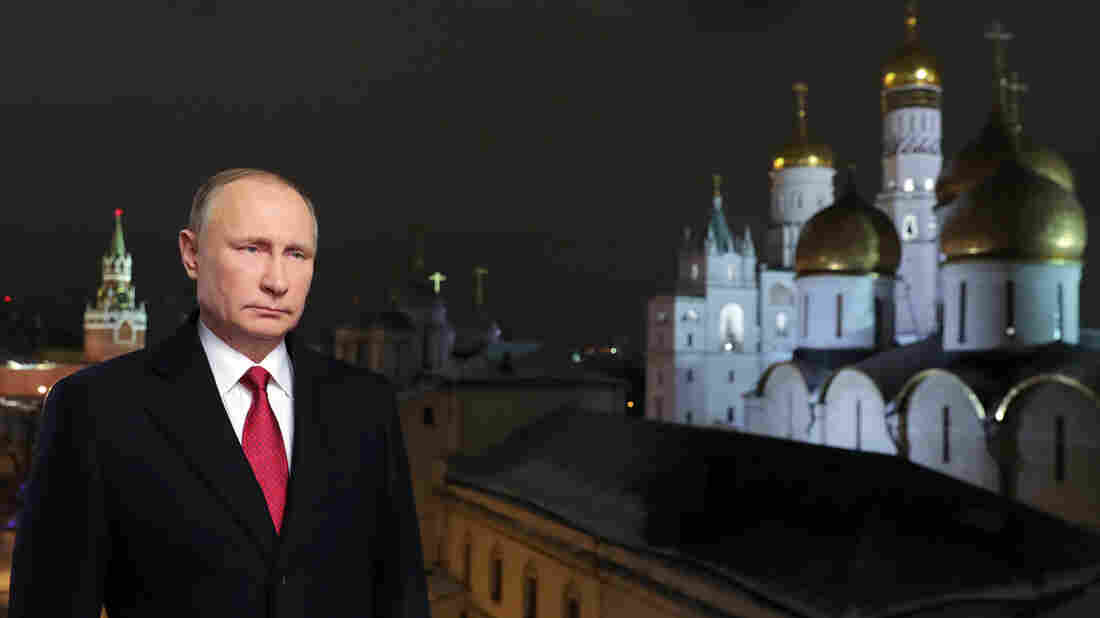 Russian President Vladimir Putin is shown at the Kremlin in Moscow during the recording of his recent New Year's message. Putin's spokesman said Wednesday that the Russian government does not gather compromising material, or kompromat, on political rivals, despite a well-documented history of such behavior. Mikhail Klimentyev/AP hide caption 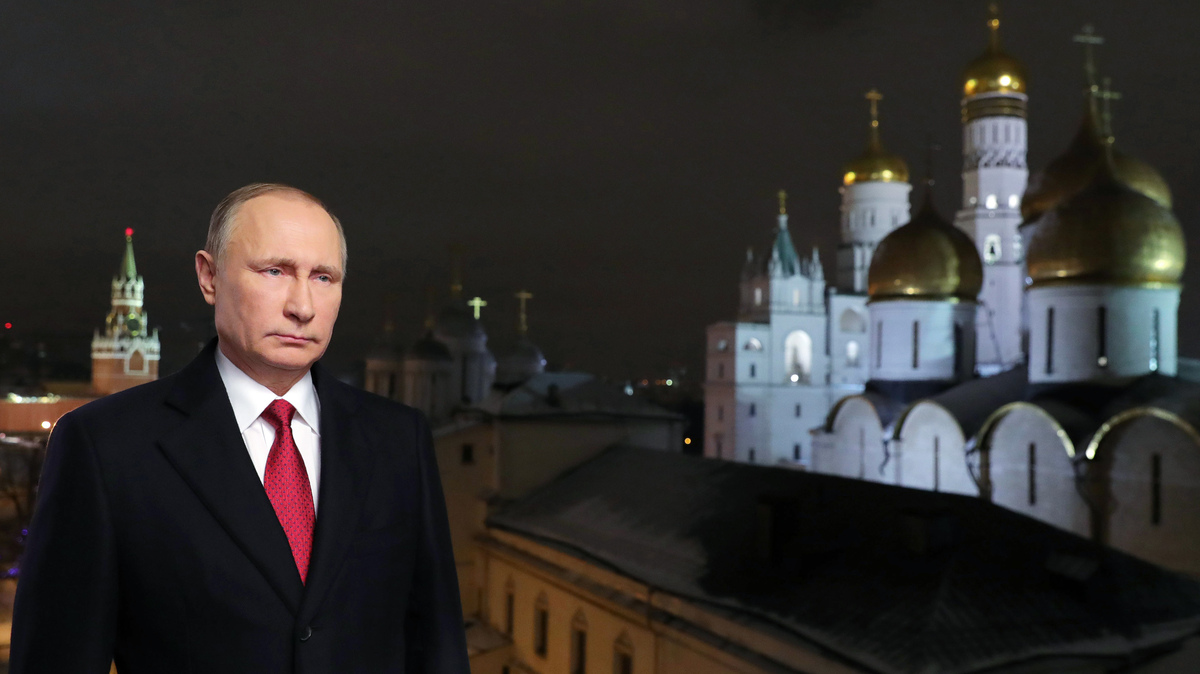 Russian President Vladimir Putin is shown at the Kremlin in Moscow during the recording of his recent New Year's message. Putin's spokesman said Wednesday that the Russian government does not gather compromising material, or kompromat, on political rivals, despite a well-documented history of such behavior.

Out of nowhere, a shocking video appeared on a Russian TV news program late one evening in March 1999. A surveillance tape showed a naked, middle-aged man who resembled Russia's top prosecutor, Yuri Skuratov, cavorting with two unclothed young women. Neither was his wife.

The ensuing scandal included a press conference by the head of Russia's FSB security service at the time, Vladimir Putin, who made clear it was Skuratov in the video.

Skuratov soon lost his job, not to mention his dignity.

President Boris Yeltsin was apparently impressed with Putin's handling of this episode. Yeltsin wanted to get rid of Skuratov, who was believed to be looking into Kremlin corruption. Several months after the video surfaced, Yeltsin named Putin to be prime minister, and a few months after that, Putin took over as president.

The Skuratov case is a leading example of what Russians call kompromat, or compromising material used to discredit rivals in politics or business or just settle personal scores.

From the Soviet playbook

Kompromat is straight from the old Soviet playbook and has often involved photographs and videos — real or fake. Russians often use it for internal battles, though it is also deployed to blackmail foreign diplomats serving in Russia. A diplomat lured into an affair might be willing to quietly cooperate with the Russia government rather than having a career and marriage upended.

Now there are unverified claims that Russia may have compromising material on President-elect Donald Trump. NPR and other news organizations have reported on the existence of the allegations since the story broke Tuesday evening. NPR has not reported the details since they are unproven.

Trump denied the reports in a news conference Wednesday. The Kremlin also issued a denial, with Putin spokesman Dmitri Peskov stating flatly: "The Kremlin does not collect compromising materials."

While claims and counterclaims are still flying, what's clear is that Russian kompromat does continue to thrive in the post-Soviet era, aided by the march of cyber technology.

Kompromat is considered part of the larger Russian espionage arsenal that also includes disinformation, fake news and computer hacking. U.S. intelligence agencies have blamed the Russians for hacking into Democratic Party emails to harm Hillary Clinton during the presidential campaign. Russia has denied this.

Russia even has a website, kompromat.ru, where anyone can pay the site to post embarrassing stories. Many are about alleged corruption and have already been published elsewhere but have not received much attention.

The businessman who created the website, Sergey Gorshkov, said he came up with the idea from the Skuratov sex scandal back in 1999. He said his operation was purely business, not politics.

The Russian government, meanwhile, is still deeply involved in kompromat, according to analysts.

Last year, a sex tape of opposition politician Mikhail Kasyanov was broadcast on state-controlled television. Kasyanov once served as prime minister to President Putin before turning against him. The tape came out five months before parliamentary elections, a disclosure seen as harming Kasyanov and his party in the polls.

In other recent cases, Russian operatives have been suspected or accused of placing child pornography on the personal computers of individuals they were attempting to discredit.

Russian Vladimir Bukovsky, 73, a longtime critic of Soviet and Russian leaders, now lives in Britain, where he faces charges related to child pornography. But the case was delayed while investigators checked to see whether the images on Bukovsky's computer were placed there by an outside party, The New York Times reported last month, citing other similar cases.

"The whole affair is Kafkaesque," Bukovsky told the newspaper. "You not only have to prove you are not guilty but that you are innocent."