Accessibility links
China Bans Ivory Trade And Its National Carrier Bans Shark Fin Cargo : Parallels A week after China said it was cracking down on sales of ivory, the national carrier, Air China, said it would no longer allow shark fins to be transported as cargo on its flights. 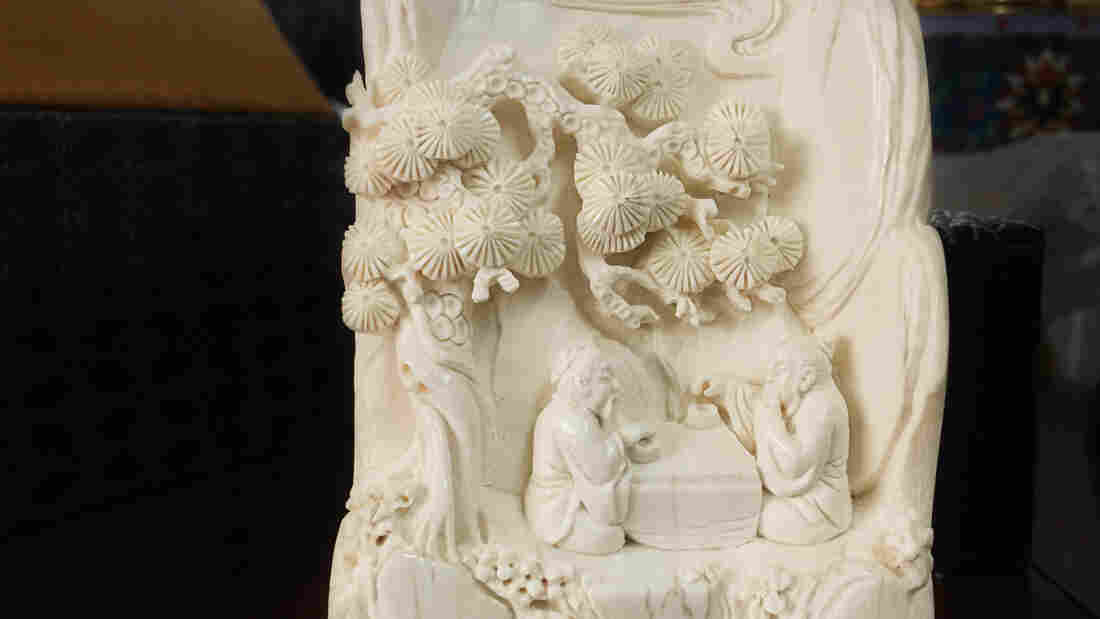 An ivory carving made from a piece of scrap by an apprentice of carver Li Chunke shows two men playing Go under a pine tree. Anthony Kuhn/NPR hide caption 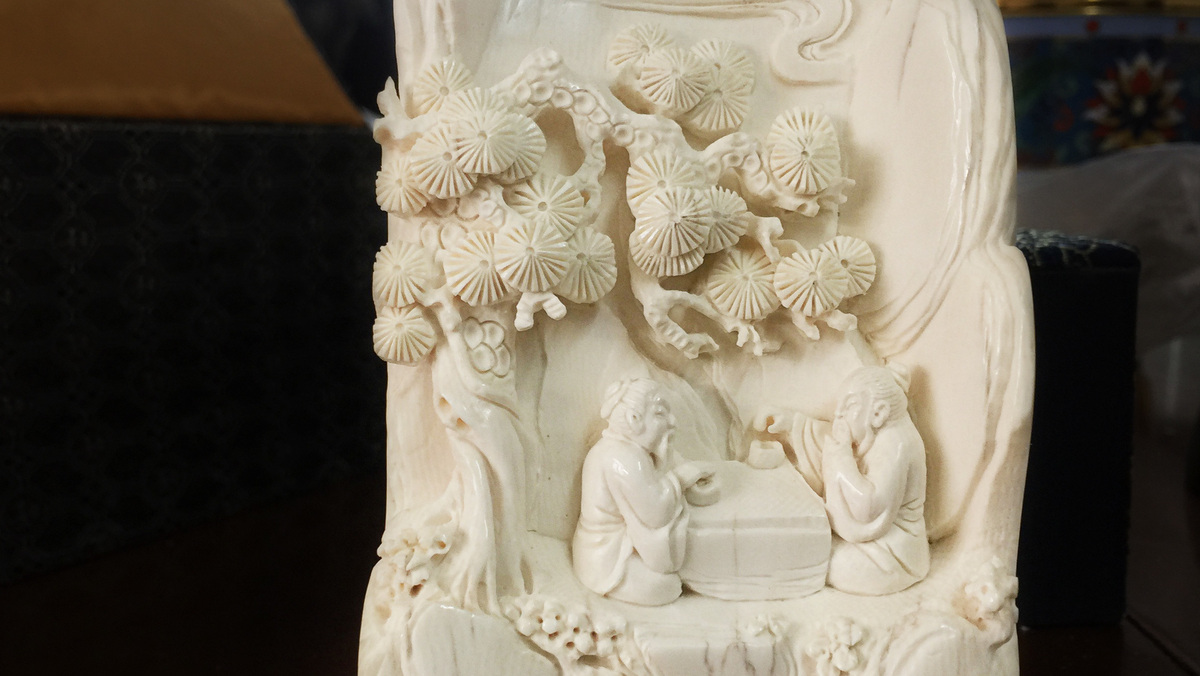 An ivory carving made from a piece of scrap by an apprentice of carver Li Chunke shows two men playing Go under a pine tree.

Little white chips fly off in every direction with each blow of master ivory carver Li Chunke's chisel.

Gradually, the folds of a robe, tassels and hands of an ancient Chinese woman begin to emerge from a rough piece of ivory in front of him in his Beijing workshop.

China To Shut Down Ivory Trade, But Will That Save Elephants?

Li says nothing looks as smooth, nothing can be carved as intricately or expressively as ivory. Wood and jade are too brittle.

"Whether I'm carving animal or human figures, I try to express their feelings," he says. "That's what Chinese consider most important."

He shows me a small piece made by one of his apprentices from a piece of scrap ivory. It shows a high mountain swathed in clouds, beneath which two elderly gentlemen sit under a pine tree playing a game of Go. One of the gentlemen strokes his beard, as if to say, "Hmm, what's my next move here?"

For years, China's government has argued that banning ivory would destroy centuries-old cultural traditions that carvers like Li and his apprentices preserve. But in December, Beijing announced it would phase out its ivory trade by the end of 2017.

Environmentalists hailed the move as offering hope for the world's dwindling number of elephants, as well as a fundamental shift in the way China's government and people view the use of wildlife products.

China is widely acknowledged as one of the world's biggest ivory markets, if not the biggest, though the total value is hard to gauge. The country's total consumption, according to one estimate, is about 13.5 tons annually in recent years, most of it illegal.

The existence of a legal ivory market in China has provided cover for black marketeers, who often pass off their wares as legitimately sourced. 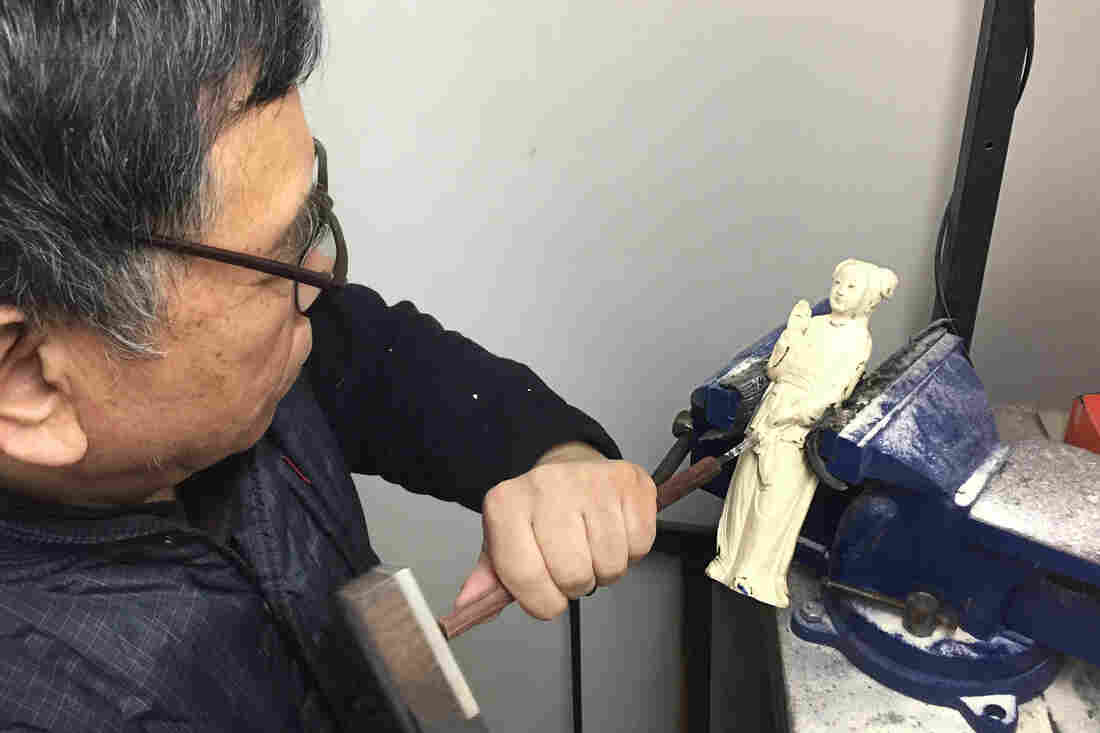 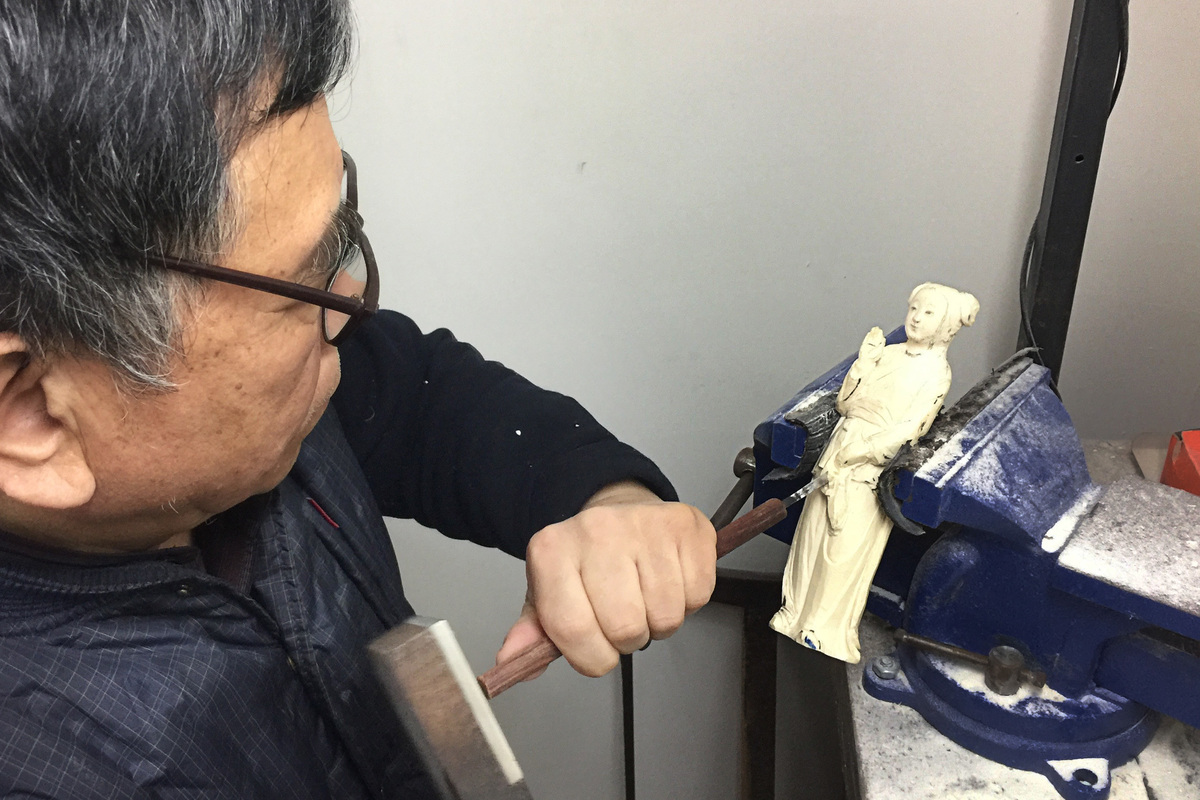 Li Chunke, a carver at the state-owned Beijing Ivory Carving factory, at work in his Beijing workshop.

For the past 53 years, Li has worked at the state-owned Beijing Ivory Carving factory. Li says every piece of ivory there is registered by the government, and comes from elephants who died naturally.

None, he says, comes from poachers or smugglers, who have supplied a black market and driven elephants toward extinction. "We ivory carvers hate elephant poachers," Li says. "I would never touch a piece of ivory from a poached elephant."

Li says that when he started his job at the factory in 1964, there was no smuggling. Then again, China's economy had no private sector in those days. Nor was there an Internet, where a lot of ivory is now bought and sold. 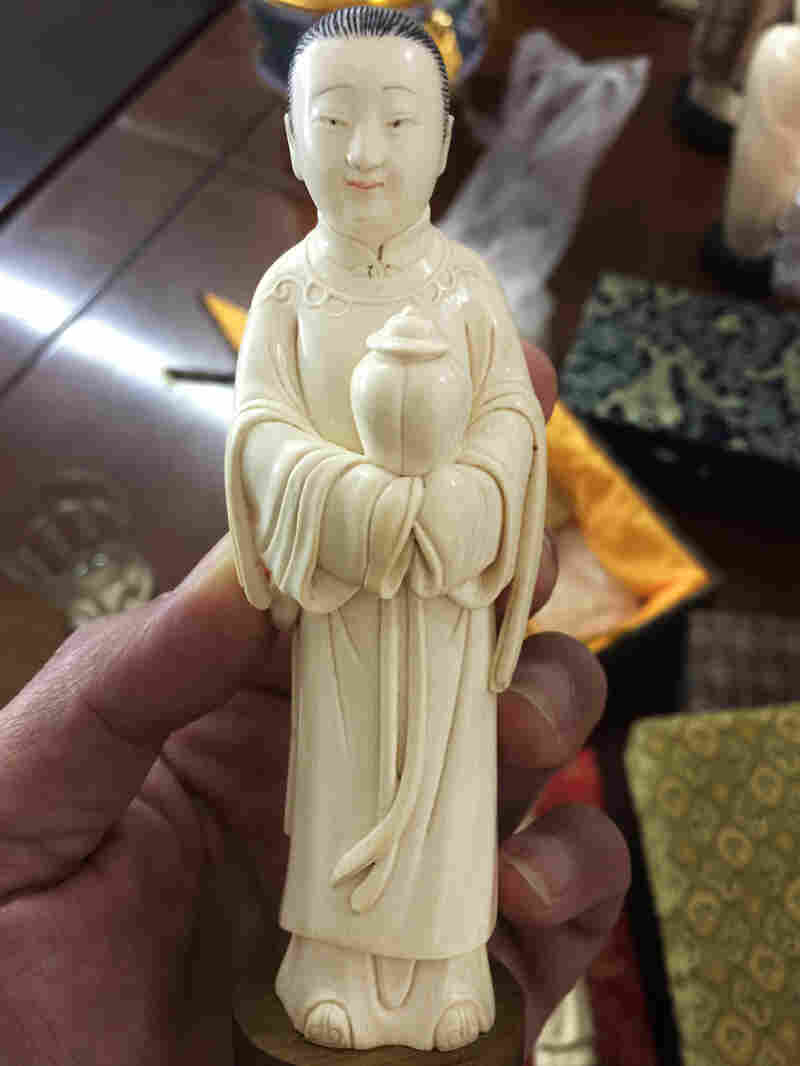 Li and others saw the Chinese ban coming. President Obama and Chinese President Xi Jinping agreed in 2015 that both countries would do it. Environmental groups and celebrities have campaigned for years for a ban.

"When the buying stops, the killing can too," former Houston Rockets center Yao Ming says in an ad for the group WildAid. The group has also enlisted British royal Prince William in its campaign.

Steve Blake, WildAid's acting chief representative in China, says his group does annual surveys in China, asking questions such as whether people know where ivory comes from and whether they would support a government ban on ivory. He says over 95 percent of his Chinese respondents back the ban.

In a swipe at corruption, China had already decided to ban shark fin soup at official banquets in 2012, and Blake says imports and prices have since plummeted drastically.

Last September, China also supported an international ban on trade in critically endangered pangolins. And, Blake notes, it is working to stop poaching of the totoaba fish, a food on which the endangered vaquita porpoise feeds in the Gulf of California.

"There have just been a lot of really encouraging signs in the past couple of months of China's will to change this worrying trend of consuming endangered wildlife," Blake says. "And so they should be given a lot of credit."

Details about the ivory ban still need to be ironed out. It's unclear what the government is going to do with existing ivory stockpiles — buy them or burn them. 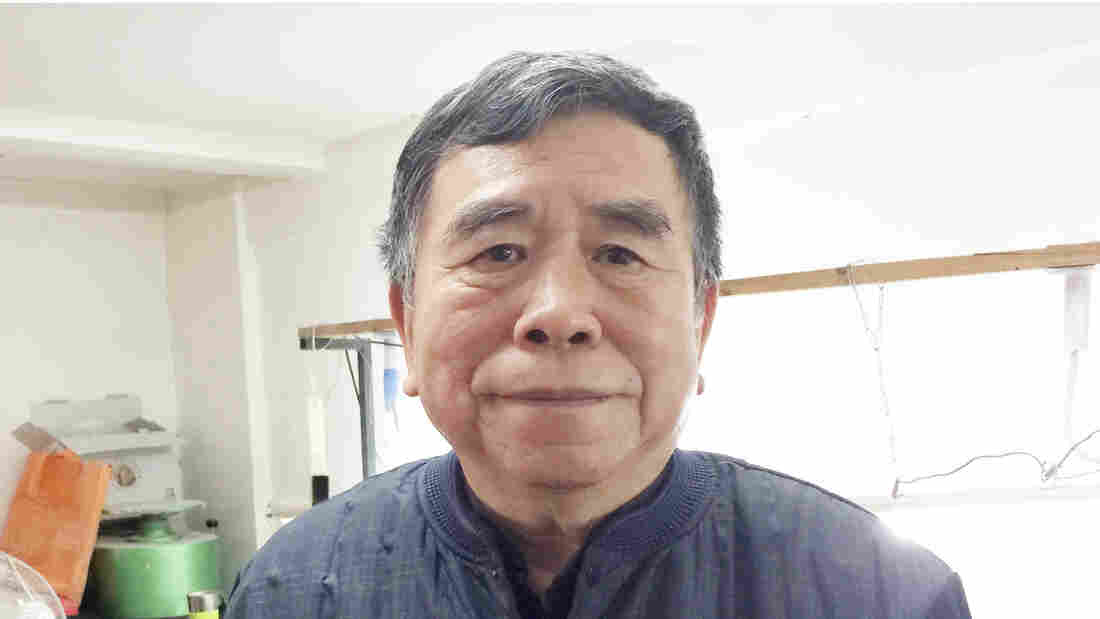 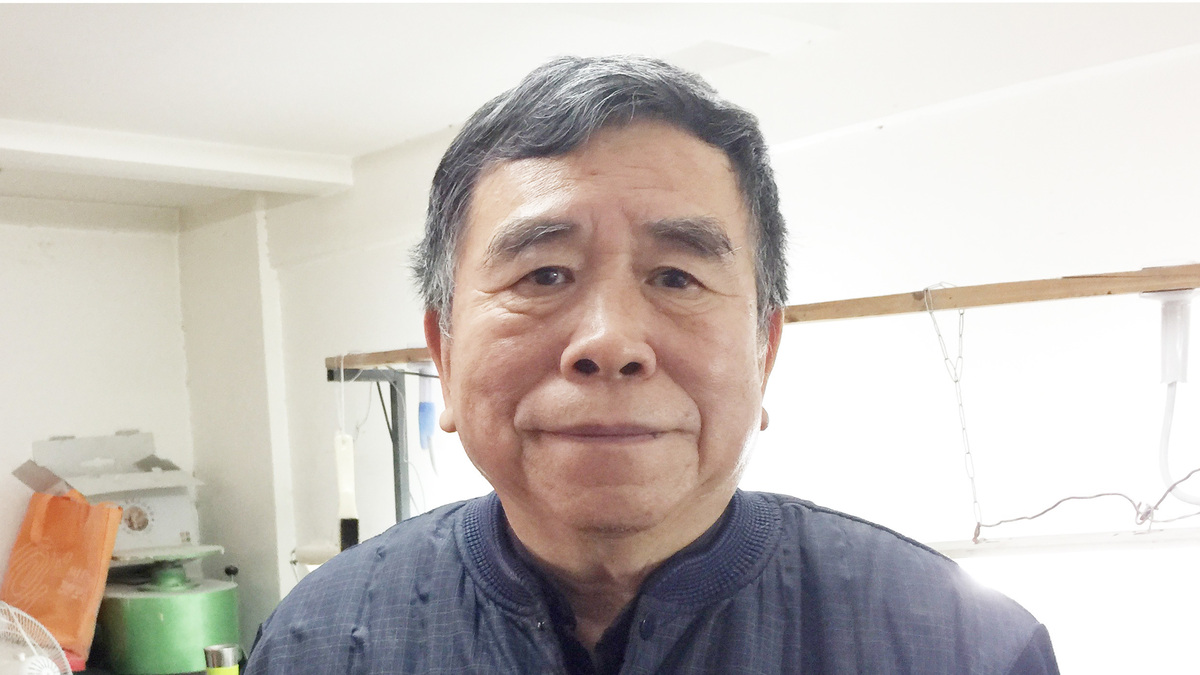 Veteran ivory carver Li Chunke supports the Chinese government's ban on ivory, but wants the traditional culture in his craft to survive.

Meanwhile, the government has promised to find other work for the carvers, restoring ivory to be collected by museums.

Carver Li Chunke says he's not worried about his own survival.

"We've been prepared for this for a long time," he explains.

Plus, there's another source of material he can rely on: "We also carve mammoth ivory."

That's right: The tusks of elephants' woolly ancestors are still legal to buy and sell in China — if you care to go to Siberia and dig them up.