Accessibility links
Trump Says He Won't Build A $2 Billion Golf Course In Dubai. He Has 2 Already : Parallels Trump says he rejected a $2 billion deal to develop a golf course in Dubai. But he already has two golf courses in the works with the same developer. 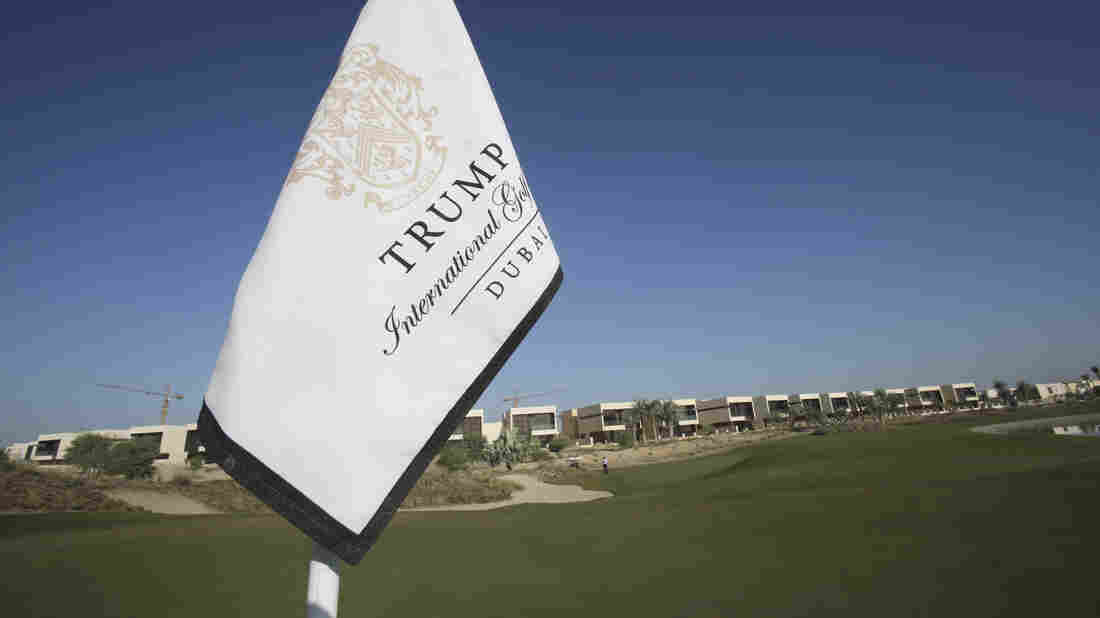 A flag flies on a green lined with villas at the Trump International Golf Club, Dubai in the United Arab Emirates on Dec. 20, 2016. The course is scheduled to open in February. Kamran Jebreili/AP hide caption 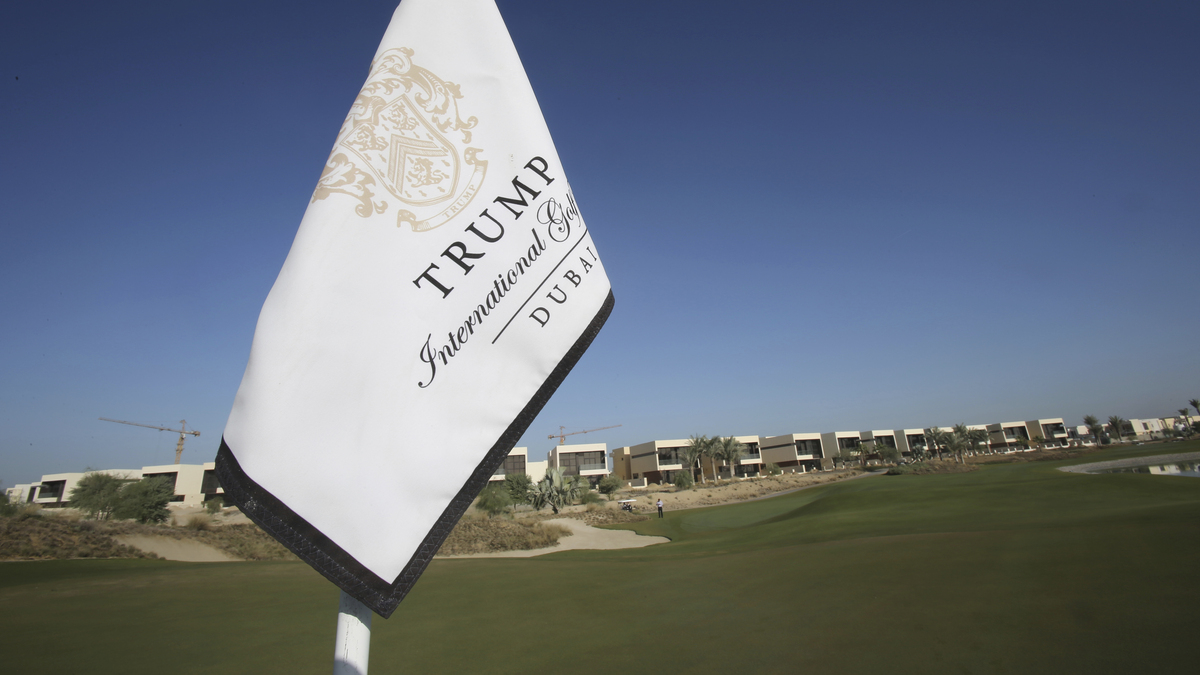 A flag flies on a green lined with villas at the Trump International Golf Club, Dubai in the United Arab Emirates on Dec. 20, 2016. The course is scheduled to open in February.

President-elect Trump told a press conference Wednesday that he would step back from running his company to prevent possible conflicts of interest once he's in office. To help prove it, he said he had just rejected a $2 billion deal to develop a golf course in Dubai, United Arab Emirates, adding that he wasn't required to do so because he isn't bound by any conflict-of-interest laws once he's president. The statement was intended to show Trump was trying to avoid a conflict of interest.

In fact, he already has two golf courses in the works in Dubai.

One is the Trump International Golf Club, Dubai. It's built amid an expansive development of luxury villas and apartments in the desert. Joe Passov, a senior editor at Golf.com, says it's expected to be an upscale course and clubhouse.

"The golf course is intended to be a private club, but they will allow some outside play while the membership is being built. ... It's expected to be a world-class golf course," he says.

The second Dubai course is being designed by golf legend Tiger Woods.

Behind both projects is the Dubai-based company Damac Properties. It's run by a billionaire named Hussain Sajwani, who has done business with Trump for almost a decade. The two men are friends — Sajwani flew in for the opening of Trump's new hotel in Washington, D.C. He and his family were also on hand from Trump's New Year's Eve party at Mar-a-Lago resort in Florida, where the president-elect called them the "most beautiful people from Dubai," in a video released by CNN.

"We think it's a good news," he said. "In the past 12 months his brand has become much, much bigger, more global."

Golf.com's Passov says the Trump name can be a draw, but it could also backfire for the golf courses. Passov points to when Trump made disparaging remarks about Muslims and Mexicans.

"Obviously some people took exception to [that], including the organizations of golf," he says. "There were a few events in 2016 that left Trump properties, were either pulled or a new sponsor came in."

But Passov says most of the tournaments will come back to Trump's courses or have already.

Trump's financial disclosure filings show he was paid up to $10 million for branding rights on the two Dubai golf courses.

Robert Gordon, a law professor at Stanford University who specializes in legal history and ethics, says Trump's relationship with the Dubai developer raises concerns about the U.S. Constitution's Emoluments Clause, which he says bars a president from accepting gifts from foreign governments and companies like Sajwani's.

"It's a private profit-making enterprise, but also it's one that's sponsored and in many ways supported by the government of Dubai. It's tied up enough under a foreign government to make it problematic," he says.

Trump has said he will hand over the operation of his business to his adult children in order to prevent a possible conflict of interest. Gordon says that doesn't cut it.

"The problem is not so much who's running it, [it's] who benefits from the management and how. A benefit to his sons is a benefit to him."

Trump's first Dubai golf course is due to open in mid-February, just a few short weeks after he takes office.