Accessibility links
North Korean Defector: Information Flow Will Help Bring Down Kim Jong Un : Parallels After defecting, the ex-diplomat told his sons: "You can go to the Internet, you can do Internet games whenever you like, you can read any books, watch any films." In North Korea, this was impossible. 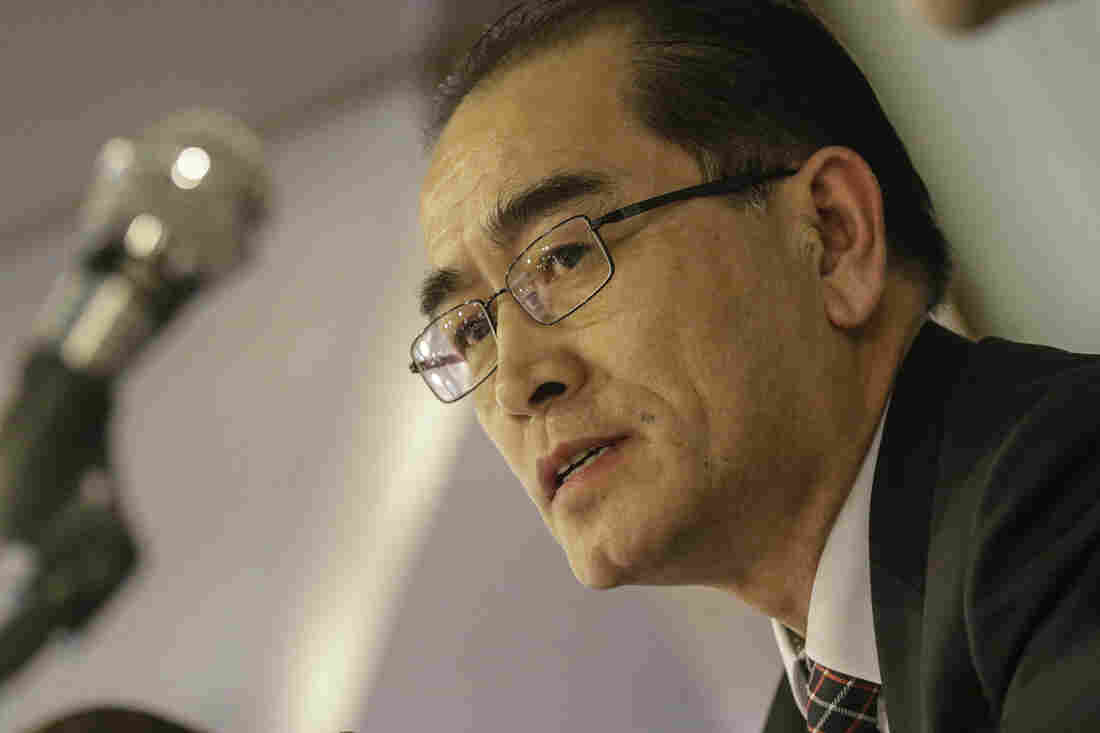 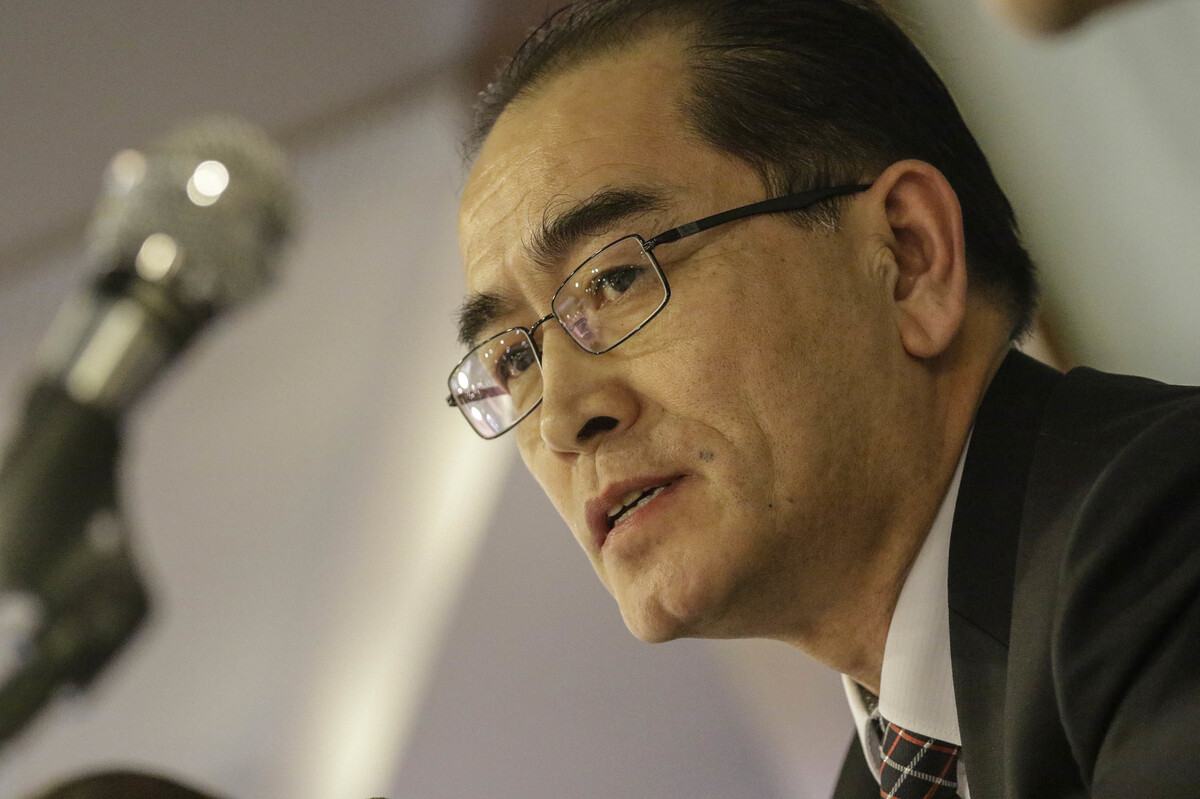 What makes North Korea feel so oppressive? If you ask its highest-ranking defector in decades, the answer is censorship. Thae Yong Ho, who was until last summer a Pyongyang envoy in London, argues that increasing the flow of information into the North is what can sow the seeds of popular discord to bring down the Kim Jong Un regime.

Thae had served in London for 10 years, and previously in Denmark, before he defected to South Korea last summer with his wife and two sons. He spent several months being questioned and debriefed by South Korean intelligence before settling into his new life in Seoul, where bodyguards accompany him most hours of the day.

"When we got out of the embassy, I told [my sons] that now I'm going to cut the chain of slavery and you are a free man," Thae said at a Wednesday news conference in Seoul.

His 19- and 26-year-old sons' first concern was whether they could freely browse the Internet.

"You can go to the Internet, you can do Internet games whenever you like, you can read any books, watch any films," Thae said he told them.

That's not the way of life in North Korea, where fewer than 1 percent of the population has Internet access. Foreign books, films and information are banned — and TV only broadcasts propaganda.

Breaking down the censorship and surveillance state from within, Thae believes, is the only way to bring down North Korea's nuclear weapons-obsessed leader. With information comes education, Thae says — and that can lead to a popular uprising.

"Once they are educated to that level, I am sure they will stand up," Thae told reporters. 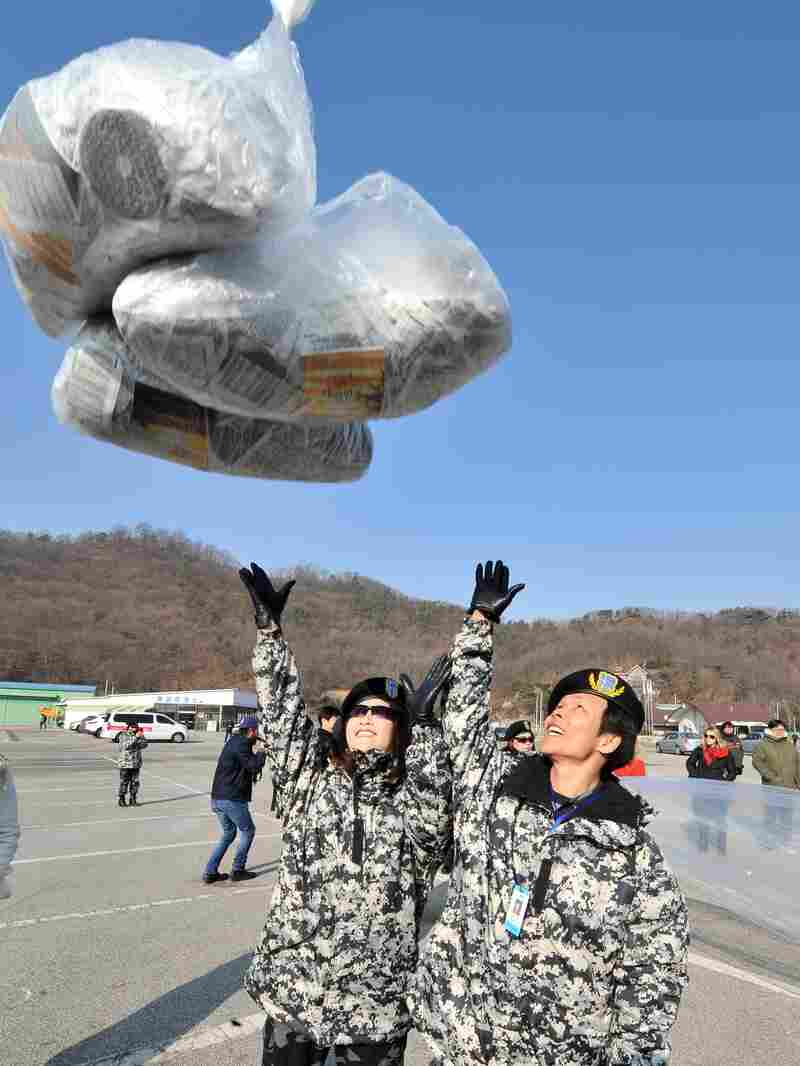 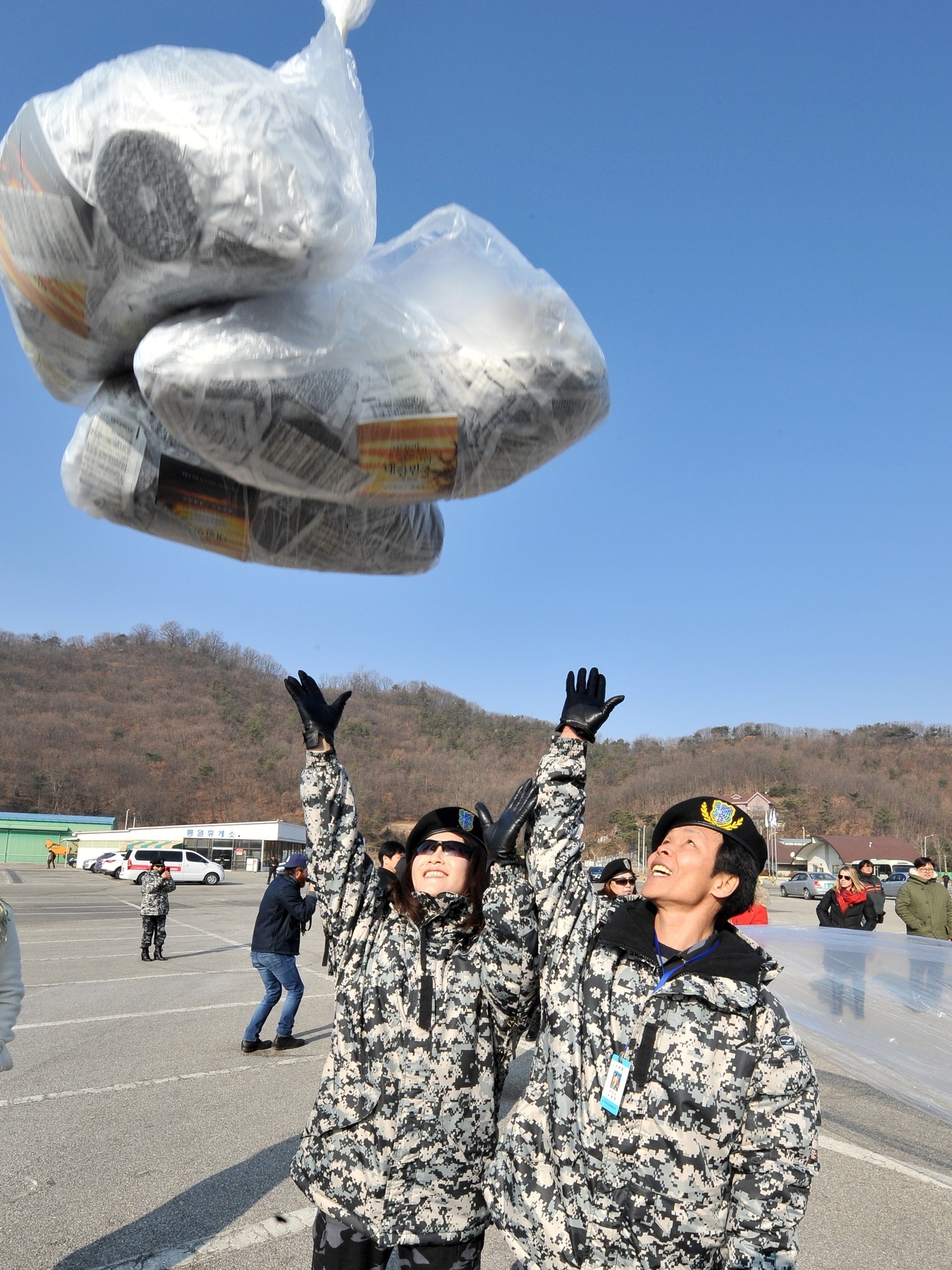 A shortwave radio station called Free North Korea Radio has been delivering information from outside the country since 2005, broadcasting from the second floor of a multipurpose building just outside Seoul.

"The power of radio has been huge in advancing the cause of freedom and human rights," says Suzanne Scholte, head of the American group that partners with the station. Free North Korea Radio puts out at least an hour a day of programming, produced by North Korean defectors for their fellow North Koreans to hear.

This kind of tactic is far more effective than any military action, Thae, the defector, said. Any surgical or preemptive strike on the North in an attempt to eliminate its nuclear facilities would only turn South Korea — a longtime U.S. ally where 28,000 American troops are based — "into ashes," he told reporters.

And the power of information explains why the Pyongyang regime is so resistant to moves like propaganda loudspeakers on the border, he said.

"[The] Kim Jong Un regime is trying to prevent and is trying every possibility to stop the influx of outside information," Thae said.

Information flows into the former Soviet Union and its Eastern bloc, he said, were key to crippling those systems more than two decades ago. And the many tactics to spread information into the North are working, he said.

"The leaflets, USBs with films [stored on them] can be introduced to North Korea. So the ways of educating North Korean people for people's uprising is also evolving," Thae said.

Despite the total surveillance state in present-day North Korea, he said, those with the means simply pay off the officers who catch them watching or listening to outside information.

"So even this surveillance system is getting more and more corrupted," Thae said. But that's also giving information an opening to get into a notoriously closed country.