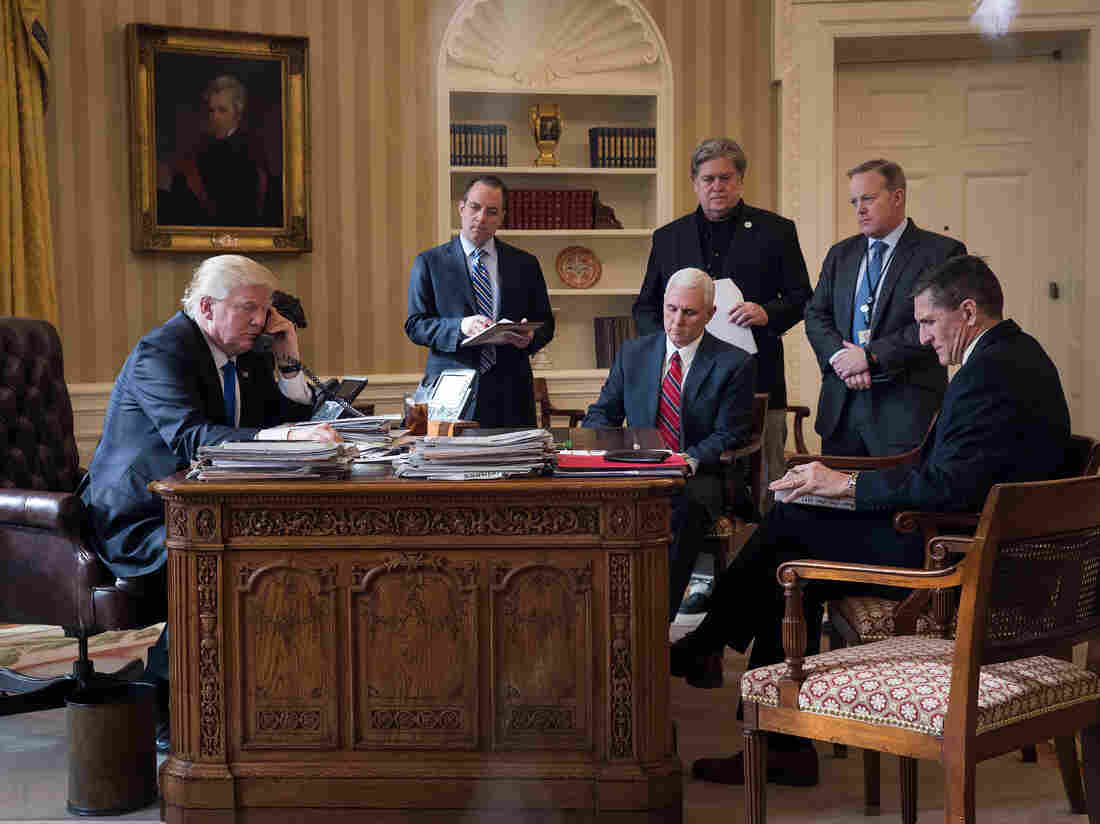 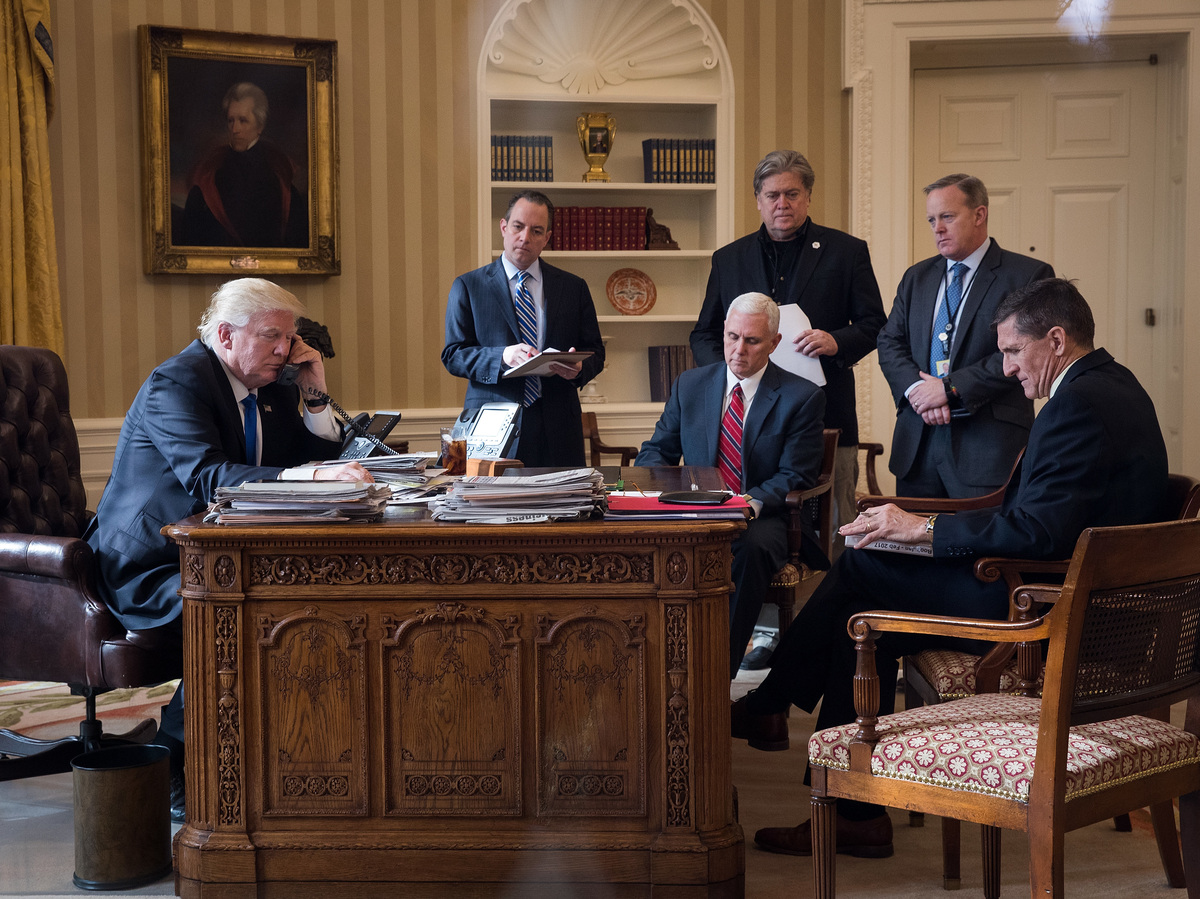 The Kremlin has given a positive readout of the long-awaited phone call Saturday between President Trump and his Russian counterpart, Vladimir Putin.

Putin's overture to the United States to join forces in the fight against international terrorism was the main subject of the one-hour conversation, while thorny issues such as alleged Russian cyber-attacks on U.S. political parties or economic sanctions on Russia weren't mentioned.

Russian state television welcomed the change in tone between Washington and Moscow following open hostility in the last weeks of Barack Obama's presidency.

"The conversation was supposed to return substance and sense to the Russian-American dialogue," Konstantin Kosachyov, head of the foreign relations committee in Russia's upper chamber of parliament, was quoted as saying. "By all appearances that's what happened."

Although there was widespread speculation that Trump might propose easing U.S. sanctions on Russia during the call, Putin's spokesman Dmitry Peskov told the Interfax news agency that the subject had not come up.

The main topic of the call was how to defeat ISIS, according to statements released by the White House and the Kremlin.

"The two leaders emphasized that joining efforts in fighting the main threat – international terrorism – is a top priority," the Kremlin said. "The presidents spoke out for establishing real coordination of actions between Russia and the U.S. aimed at defeating ISIS and other terrorists groups in Syria."

Putin has been talking about forming an international coalition against terrorists since a speech he gave at the United Nations in September 2015, days before Russia entered the Syrian civil war on behalf of President Bashar al-Assad.

Trump's memorandum on devising a plan for defeating ISIS, also signed Saturday, orders U.S. security agencies to include the "identification of new coalition partners in the fight against ISIS and policies to empower coalition partners to fight ISIS and its affiliates."

Fyodor Lukyanov, the editor of the journal Russia in Global Affairs, cautioned that previous U.S. administrations also tried to use the common threat of terrorism as a way to jump-start relations with Putin.

In the picture, Trump is seen together with National Security Adviser Michael Flynn, Chief of Staff Reince Priebus, Vice President Mike Pence and strategist Steve Bannon. Peskov said before the talk that Putin would be taking the call with Trump alone.

While the White House readout was one paragraph long, the Kremlin statement was considerably more detailed.

The conflict in Ukraine was only mentioned in passing, after other issues such as the situation in the Middle East and nuclear nonproliferation. Putin's military intervention in Ukraine in 2014 was the reason why the U.S. and the European Union imposed sanctions on Russia in the first place.

"Everything we know about Trump is very, very clear," said Lukyanov. "He'll never do anything just without a return. He believes in deals. And of course he'll use sanctions for a deal."

Putin, for his part, would never ask for the lifting of sanctions, Lukyanov said. Instead, it's likely sanctions relief would be part of a grand bargain.

In their conversation, Putin reminded Trump that Russia was an ally in the two world wars – and said Russia considers the U.S. the most important partner in fighting international terrorism.

But even if Putin can win over Trump, the new U.S. president faces staunch opposition to rapprochement with Russia within his own party.

Some Republicans in Congress want to write existing sanctions against Russia into law – and impose new ones because of alleged Russian interference in the U.S. presidential election.