Accessibility links
How The U.S. War In Laos Was Key To The 'Birth Of A Military CIA' : Parallels A new book by Joshua Kurlantzick examines how the U.S. involvement in Laos in the 1960s and 1970s transformed the CIA from an intelligence-gathering organization into a war-fighting one. 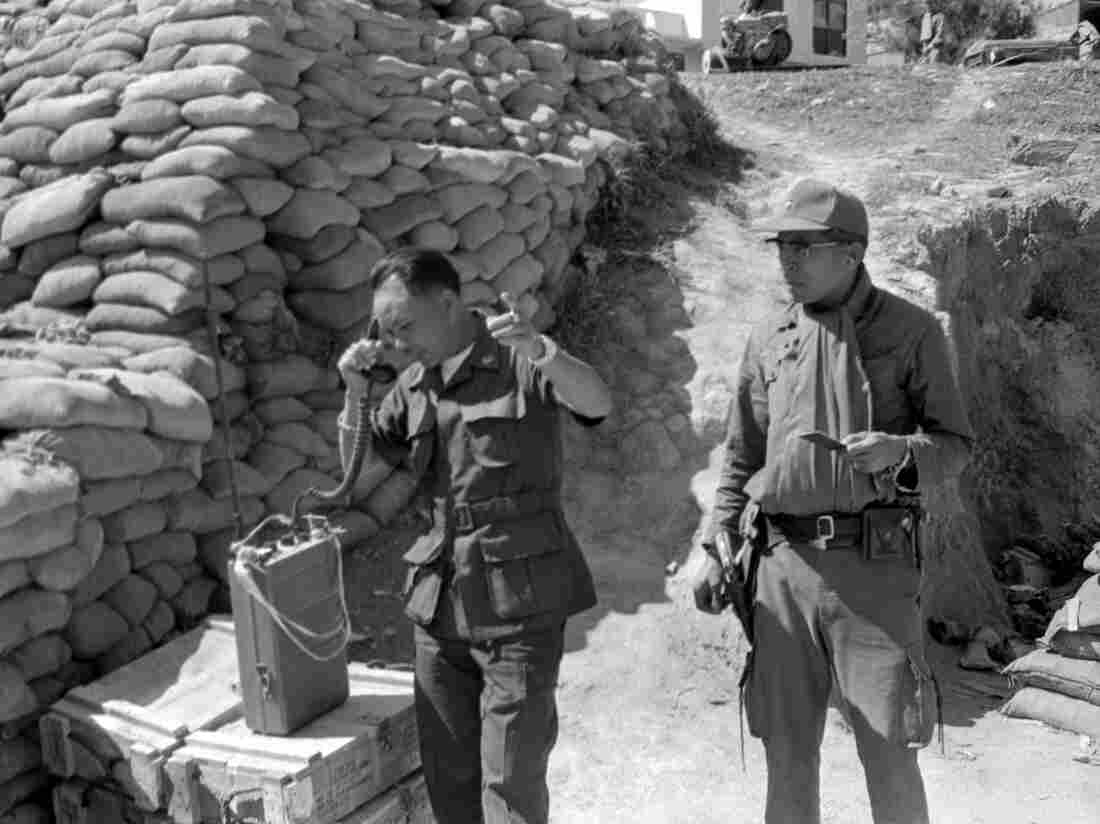 Laotian Gen. Vang Pao, seen here calling in air strikes against suspected Communist positions from the Long Cheng Command Post in January 1972, led an army of Hmong tribesmen to fight against Communist insurgents backed by the North Vietnamese. A CIA-led effort that started in 1961 tried to help him in that fight. Bettmann/Bettmann Archive hide caption 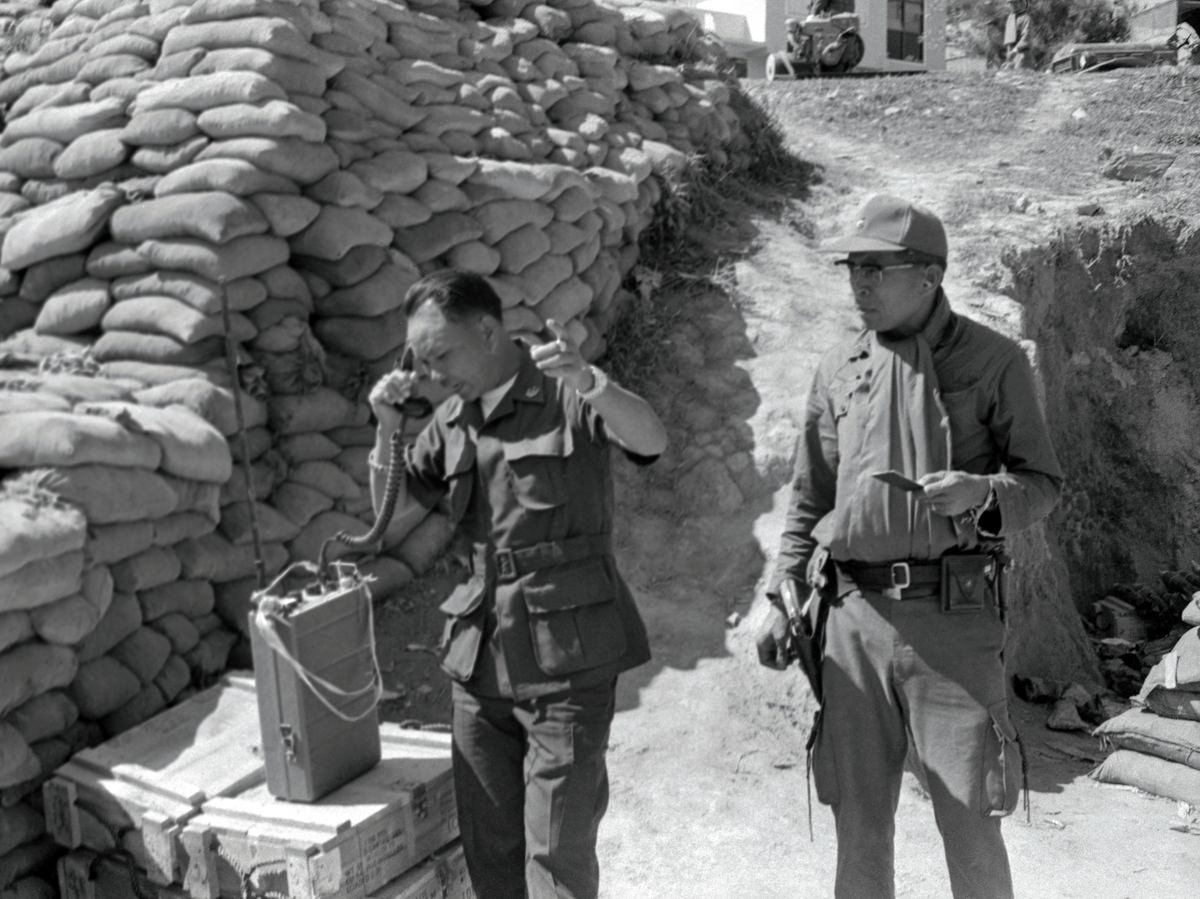 Laotian Gen. Vang Pao, seen here calling in air strikes against suspected Communist positions from the Long Cheng Command Post in January 1972, led an army of Hmong tribesmen to fight against Communist insurgents backed by the North Vietnamese. A CIA-led effort that started in 1961 tried to help him in that fight.

Last fall, President Obama, on his final trip to Asia, stopped in Laos for the annual ASEAN summit of Southeast Asian leaders. While there, he pledged millions to help clean up a legacy of U.S. involvement in Laos: unexploded bombs. They were from the 1960s and 1970s — bombs the U.S. dropped in during its campaign to prevent the spread of communism in Southeast Asia. 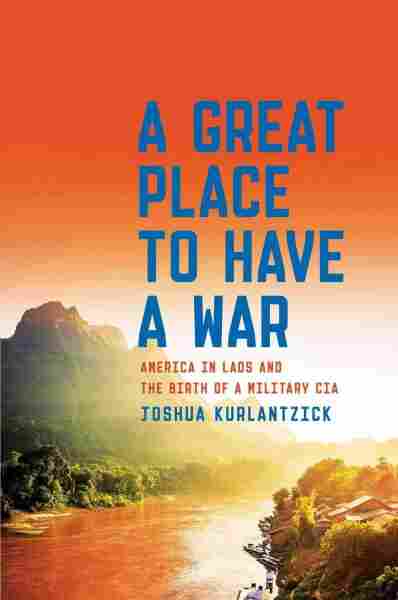 A Great Place to Have a War

America in Laos and the Birth of a Military CIA

Vietnam was the most visible part of that war. Over half a million U.S. forces fought there at one point; over 50,000 were killed. Cambodia got coverage – and protests – during the 1969-1970 U.S. bombing campaign there. But Laos, sandwiched between Vietnam, Thailand and Cambodia, and with a population no greater than Los Angeles, received relatively scant attention.

Joshua Kurlantzick, a senior fellow for Southeast Asia at the Council on Foreign Relations, paints a vivid portrait of America's decade-and-a-half war in Laos in his new book, A Great Place to Have a War: America in Laos and the Birth of a Military CIA.

As the title suggests, the war in Laos got relatively little attention, in part, because it was handed over to a newly formed CIA to run. It started off small, with a few CIA officers training and arming allies from the Hmong hill tribe and ethnic minority to act as a guerilla force. By the end, some 14 years later, the Hmong were fighting pitched battles against the Communist insurgents and their North Vietnamese allies. To help them, the U.S. dropped more bombs in Laos than it had during all of World War II.

At the heart of Kurlantzick's deftly paced book are conflicted CIA operatives and the Hmong — led by the charismatic Gen. Vang Pao — who did the bulk of the fighting on behalf of the U.S. But what the book does best is examine the CIA's transformation from an intelligence-gathering organization to a war-fighting one.

As Kurlantzick explained in a phone interview, Laos in the 1960s became "a great place for the CIA to have a war. Not necessarily a good place for anyone else involved. Because what ultimately transpired was that in Laos, the CIA went from a spying organization, intelligence-gathering agency, to one capable of managing and conducting and overseeing a quite substantial conflict. In other words, an organization with war capacities."

What was the CIA like before it took on the war in Laos?

The CIA had only been around for about 15 years, and even though it had done some things that had received significant notice, it was still a very small organization. The war in Laos was an enormous boon for the CIA in that it raised its bureaucratic profile and boosted its budget. It remains the largest covert operation in U.S. history. So by the time the war was over, the CIA had established itself as a really significant player in the Washington establishment.

Why did that establishment decide to hand over the war in Laos to the CIA?

It was in a climate in which the U.S. public was sort of tired of large-scale war. After the Korean War, the Eisenhower and Kennedy administrations embraced covert war as a major part of U.S. foreign policy. They both very much saw covert war as a means to advance aims without having to pay the price in public opinion.

And soon that war morphed, didn't it?

At the beginning, there were some good ideas by the Americans – they wanted to make it a relatively small operation, almost a guerilla operation to kind of fight for Laos' sovereignty. As the war went on, the desire of the Laotians – mostly ethnic Hmong who did the fighting – and the U.S. diverged.

The U.S. aim as the war went on basically became: use Laos as a charnel house, where most of the reason for the fight was to occupy North Vietnamese Army and to kill as many North Vietnamese as possible — the theory being that then, they could not be involved in the fight in Vietnam.

The conflict in Laos ended in defeat in 1975. The Communists won. They remain in power decades later. How was this viewed inside the CIA?

I think the war was — and continues to be — viewed as a success in that they held off, as much as was possible, Laotian Communist and North Vietnamese advances for a significant period of time. It also allowed the CIA to develop paramilitary capabilities. And the war gave the CIA a much more significant place at the U.S. foreign policy-making table.

So the CIA ended up with a bigger role. In the post 9/11 world, that role has expanded even further — for example, with its drone program. Is there a difference between when the military handles a campaign and when the CIA does?

Overall, the use of the uniformed military, for all of their significant flaws, can allow for greater oversight by Congress and the public, for a number of reasons. First of all, unlike special forces or the CIA, they are not required to take pledges of silence on their activities. So their activities are more clearly documented. Also there's usually a clearer chain of command in the military and a more clear code of ethics. Finally, the military is usually more accountable in its budgeting and its oversight to Congress.

Is there an upside to having a militarized CIA?

Let me begin by saying that I think the current administration – despite their fights over intelligence and analysis – appears to be very much in favor of expanding paramilitaries, both from the CIA and the special forces. The upside for the executive branch is that they are using forces that they don't need to tell Congress and the American people about. They are not using conventional war, so less Americans would be...

Yes. But there's a downside to that. The less you put your own people in harm's way, the more you're able to make decisions that can be revolutionary because you don't have skin in the game.