Accessibility links
Where's The Director Of National Intelligence? : Parallels Amid a feud with the intelligence community and a potential new "review," President Trump's nominee to become director of national intelligence is nowhere close to being confirmed. 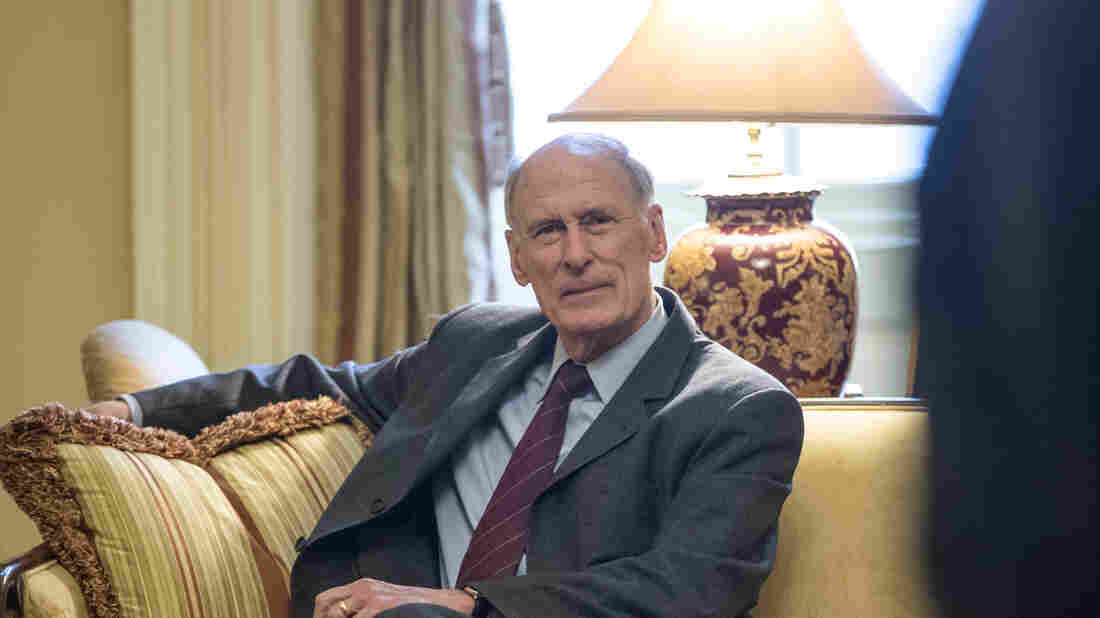 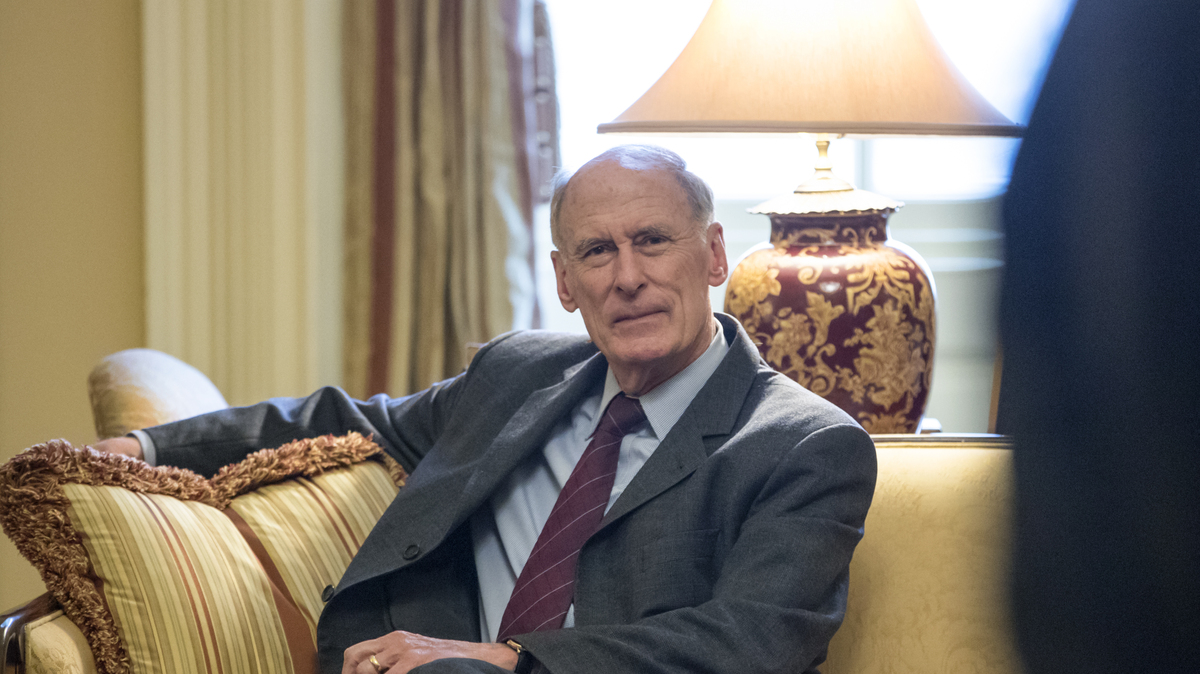 Call it the case of the mysterious moving confirmation hearing.

Donald Trump nominated Dan Coats to the nation's top intelligence post back on Jan. 7, when Trump was still president-elect and Coats — an Indiana Republican — had just departed the Senate.

But today — nearly four weeks into the Trump administration — there's still no firm date on the calendar for the Senate confirmation hearing for the director of national intelligence nominee.

Capitol Hill aides first told NPR that the confirmation hearing was slated for early February, then said the target date might shift to this week. Today, Sen. Richard Burr, R-N.C., told reporters he is aiming for the last week of February. Burr chairs the Senate Intelligence Committee, which runs the process for intelligence posts.

The holdup prompts the question: Might Coats be getting cold feet?

Not the case, according to Burr, who blamed slow paperwork for the holdup.

"Requirements of the minority to have everything — and some of that's out of our control, it's FBI security, background checks," he said. It's worth noting that Coats already holds a security clearance, owing to his service as a member of both the Senate Armed Services and Intelligence committees.

(Trump fired his national security adviser, Michael Flynn, on Monday, citing a breakdown in trust over Flynn's contacts with Russia and how Flynn subsequently portrayed those contacts to Vice President Pence. Over at the office of the DNI, CIA veteran Michael Dempsey has been serving as acting director since Jan. 20.)

The intelligence community has clashed with the president, following Trump's earlier dismissal of the consensus of intelligence agencies that Russia tried to interfere in the 2016 presidential election. Three agencies — the CIA, the NSA and the FBI — concluded that Russia worked to tip the vote to Trump.

Since then, the feud has only intensified after press reports that included what Trump called leaks from inside the intelligence services.

In public, Trump has praised Coats. At a White House news conference on Thursday, he called the former senator a "brilliant guy, [a] great guy."

Trump told reporters he is irked by the delay in getting his DNI installed. Coats is "one of the most respected men in the Senate," he said, adding, "He can't get approved. How do you not approve him?"

But in private, Trump and his advisers have questioned the value of the DNI post and signaled that they believe the intelligence bureaucracy might benefit from streamlining. And on Thursday, the New York Times reported that Trump plans to assign New York billionaire Stephen Feinberg to lead a review of the intelligence community, from inside the White House.

It's not clear how that might affect the flow of information between spy agencies and the president, or whether introducing Feinberg into the mix might be an attempt to sideline current intelligence leaders.

The Times report suggested Coats is not pleased about the prospect of Feinberg's assignment or the potential competition Feinberg might represent.

"Mr. Coats is especially angry at what he sees as a move by [Trump aides Stephen Bannon and Jared Kushner] to sideline him before he is even confirmed, according to current and former officials," reporters James Risen and Matthew Rosenberg wrote.

At his White House press conference Thursday, Trump played down the prospect of Feinberg joining the White House.

"He's offered his services and you know, it's something we may take advantage of," Trump said. "But I don't think [we will] need that at all because of the fact that, you know, I think that we are gonna be able to straighten it out very easily on its own."

Even as that story is playing out, the road appears to be clear for Coats whenever he does appear before his former colleagues.

"I know of no obstacle to [Coats] being confirmed," says Jane Harman, the California Democrat and former ranking member of the House Intelligence Committee. "Dan Coats is a former member [of Congress] who is popular with both sides — certainly popular with me.

The question now is, when might Coats get to apply those skills to the top job in U.S. intelligence?

Previously corrected on Feb. 17, 2017
An earlier version of this story incorrectly noted that Dan Coats was a sitting senator on Jan. 7. Coats left the Senate on Jan. 3.