Accessibility links
Life Inches Back To Normal In East Mosul, But Worries Remain : Parallels As Iraqi and U.S. forces plan to attack ISIS on the western side of the city of Mosul, residents are trying to restart their lives in the freed eastern side of the city. Not everyone feels safe. 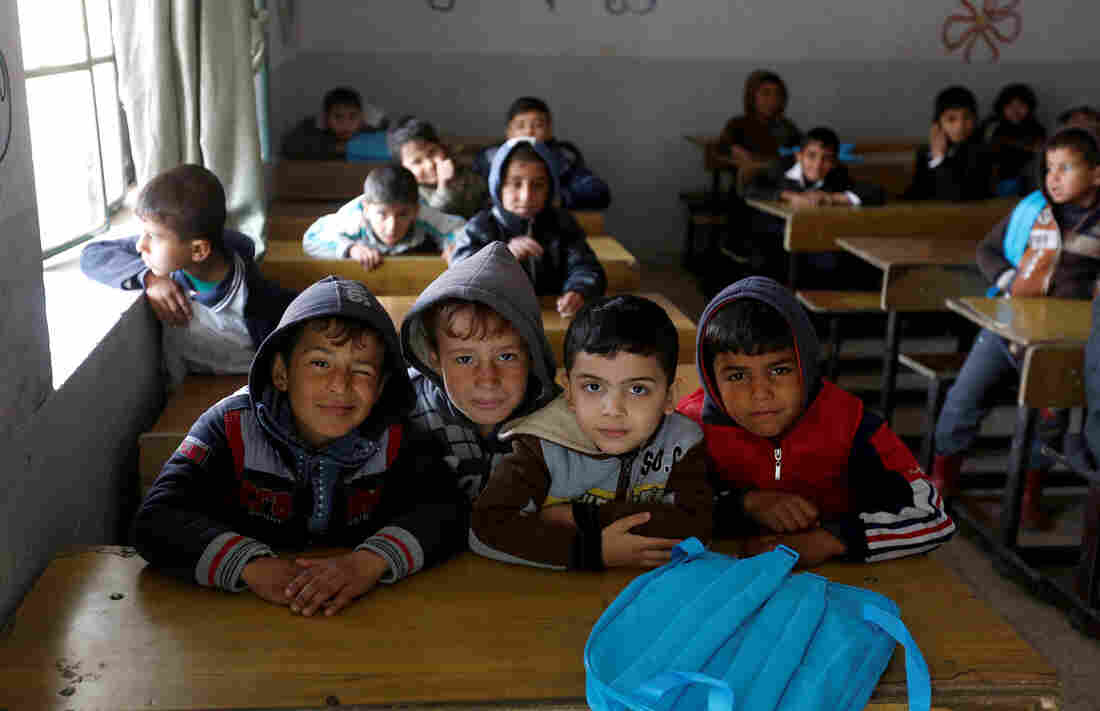 Schoolchildren pose for a photo in a classroom at the al-Kufa school in Mosul. Muhammad Hamed/Reuters hide caption 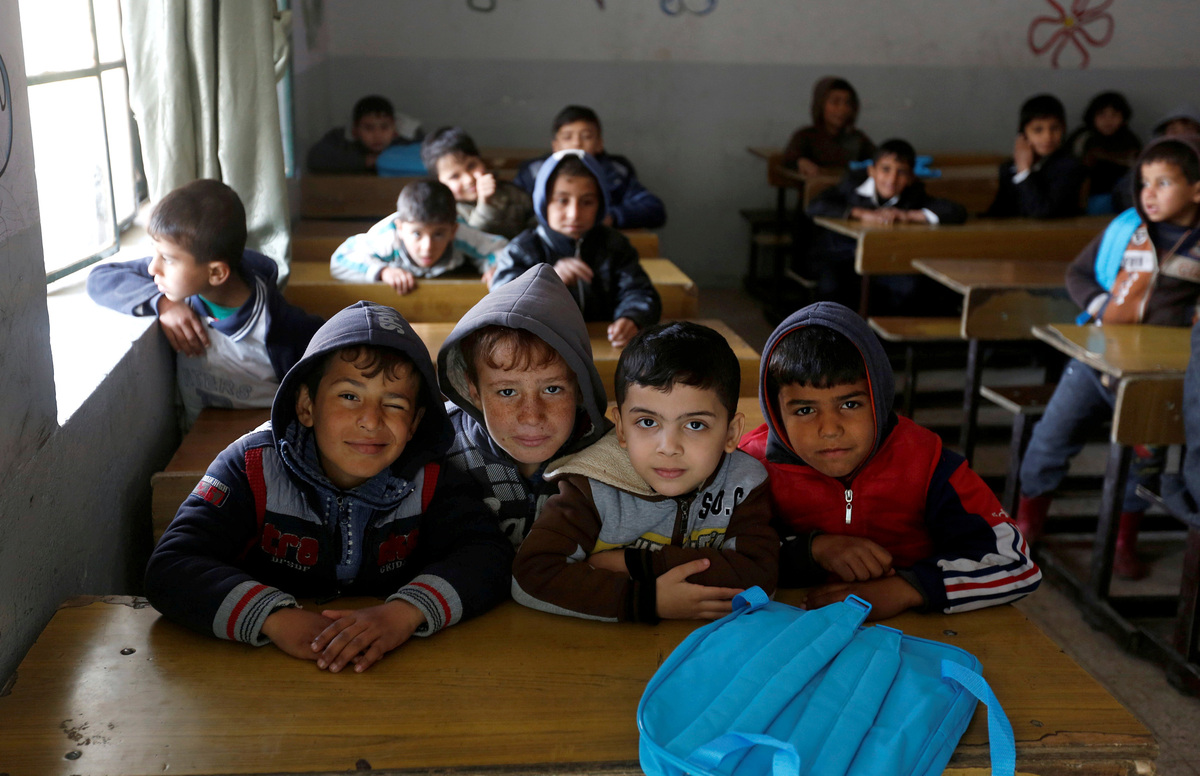 Schoolchildren pose for a photo in a classroom at the al-Kufa school in Mosul.

There are a lot of children playing outside in eastern Mosul. They run around the front yards of their houses, chasing each other through the alleyways, as their parents sit on plastic chairs keeping — at most — half an eye on them.

At the al-Kufa boys' school, Mustafa Salem, 13, says this freedom is new. During the 2 1/2 years that ISIS controlled his neighborhood, he was rarely allowed to leave the house.

"It wasn't good, there was no school, nothing," he said.

His parents were afraid the extremists would take him and forcibly enlist him in jihadist training camps for boys, known as the "Cubs of the Caliphate."

"ISIS was taking children my age," he said.

And like most children, he was kept at home from ISIS schools by his parents, who were horrified by a curriculum that revolved around violence.

Last month, Iraqi security forces, with support from a U.S.-led coalition, forced ISIS out of the eastern half of the city. Unlike in other Iraqi cities retaken from the extremists, most of the infrastructure remained in place and intact. So did the civilians.

"I felt as if I had been reborn into this life," said al-Kufa school principal Saed Ali Judei, of coming back to work. His is one of 70 of about 400 schools in east Mosul that have re-opened under government control, with help from UNICEF.

The riotous noise of children's laughter in the schoolyard is matched by a bustle in the streets: Markets are open and busy, men are mending roads damaged in fighting, traffic is surprisingly dense.

It feels optimistic, and many people say how happy they are the fighting for this half of the city is over. 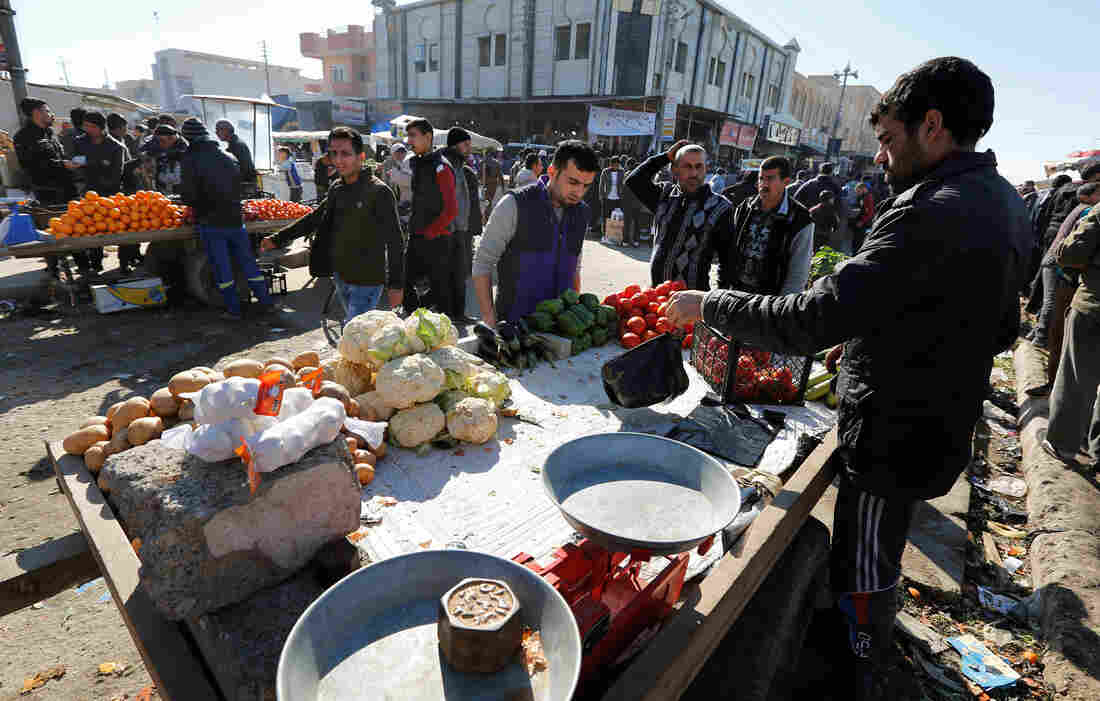 People shop after returning to their homes in east Mosul in January. Ahmed Saad/Reuters hide caption 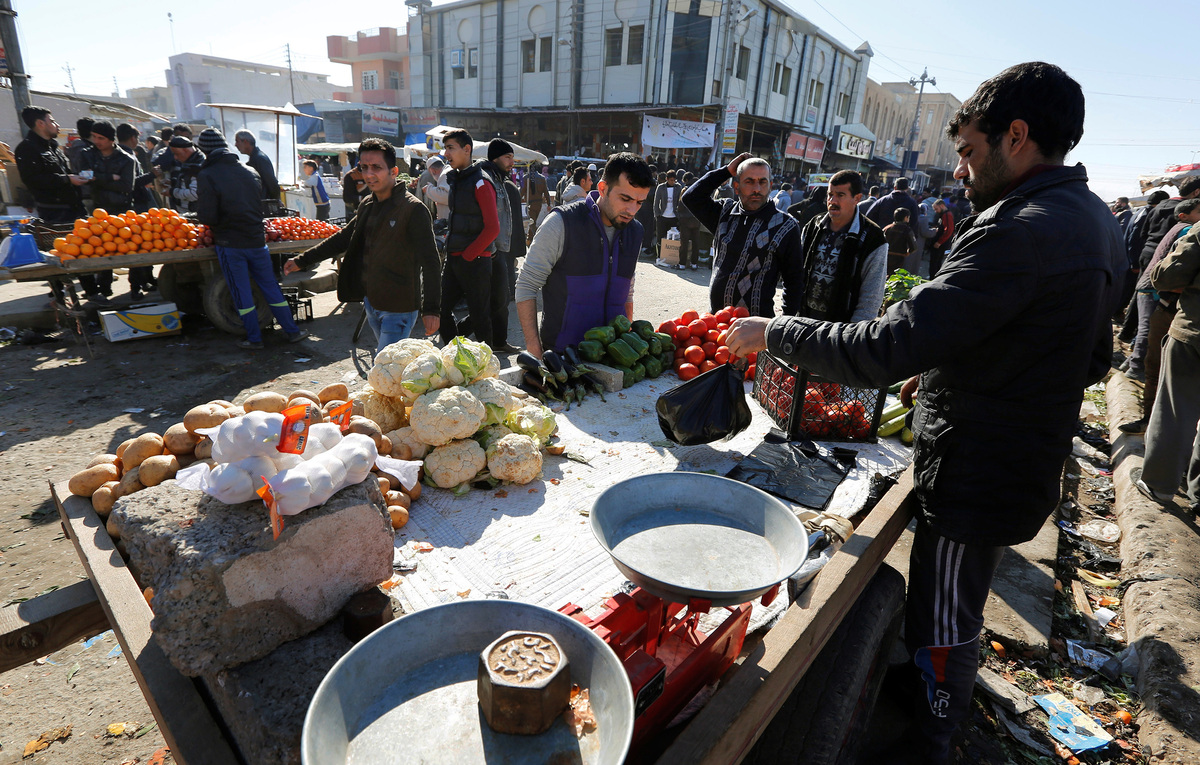 People shop after returning to their homes in east Mosul in January.

But as Iraqi security forces and their international allies gear up for an assault on ISIS in the western side of Mosul, concerns about the east are beginning to bubble up.

In a more rural area of eastern Mosul, Zainab Abdeljabbar, a teacher, pointed out damage to a nearby house.

"We cannot say it is safe here," she said. "Yesterday there was a drone, it dropped a bomb here and four people were injured."

ISIS has often used armed drones. This one likely came from somewhere on the eastern side of the city. There have also been recent sniper attacks and a suicide bombing at a restaurant, indicating the militants are still hiding out in the area.

"We are liberated, but we are still scared because we don't know what they will do," Abdeljabbar said. "I don't think the Iraqi people are in a good situation."

Air Force Brig. Gen. Matthew Isler, with the U.S. troops assisting the Iraqi security forces, confirmed the use of armed drones by ISIS.

"What they have not been able to do is precisely target," he said. "Instead they are looking for large gatherings and dropping [bombs] on civilians there. It is just another example of the atrocities that they commit."

He said that the U.S.-led coalition regularly conducts airstrikes against ISIS militants who fire mortars indiscriminately across the river Tigris from Mosul's west side, which they still hold.

Even as the militants continue violence, there are doubts about the capabilities of the Iraqi forces that hold eastern Mosul. The Iraqi army is coordinating national forces, including the federal police, alongside local forces, including police and tribal fighters.

But there is jostling and competition among the troops. One local group, the Nineveh Guard, is controversial because of its support from Turkey, which has fallen out of favor with the central government in Baghdad.

One of the Nineveh Guard commanders, Gen. Mohammed Saleh, said his men fought — and more than 30 died — to free Mosul from ISIS. He wishes they had more power and were stationed in the center of the city, not on the edge.

"It was an unfair decision against the Nineveh Guards – all of us are from Mosul," he said. "We know the city streets and the ins and outs of the city. We know [who] is working with the terrorists there."

Saleh criticized some other forces operating in the area, including some backed by Iran, which he said discriminated against local people and had too much influence in Iraq.

He may have a point. Human rights groups have raised concerns about abuses by numerous branches of Iraq's security forces and paramilitaries. But the disunity does not bode well for the chances of these forces holding firm against the still very real ISIS threat.