Accessibility links
Trump's Conflicts Could Undercut Global Efforts To Fight Corruption, Critics Say : Parallels The global fight against government corruption has often been led by the U.S., but those in the movement's trenches worry that signals being sent by the Trump administration could undercut the effort. 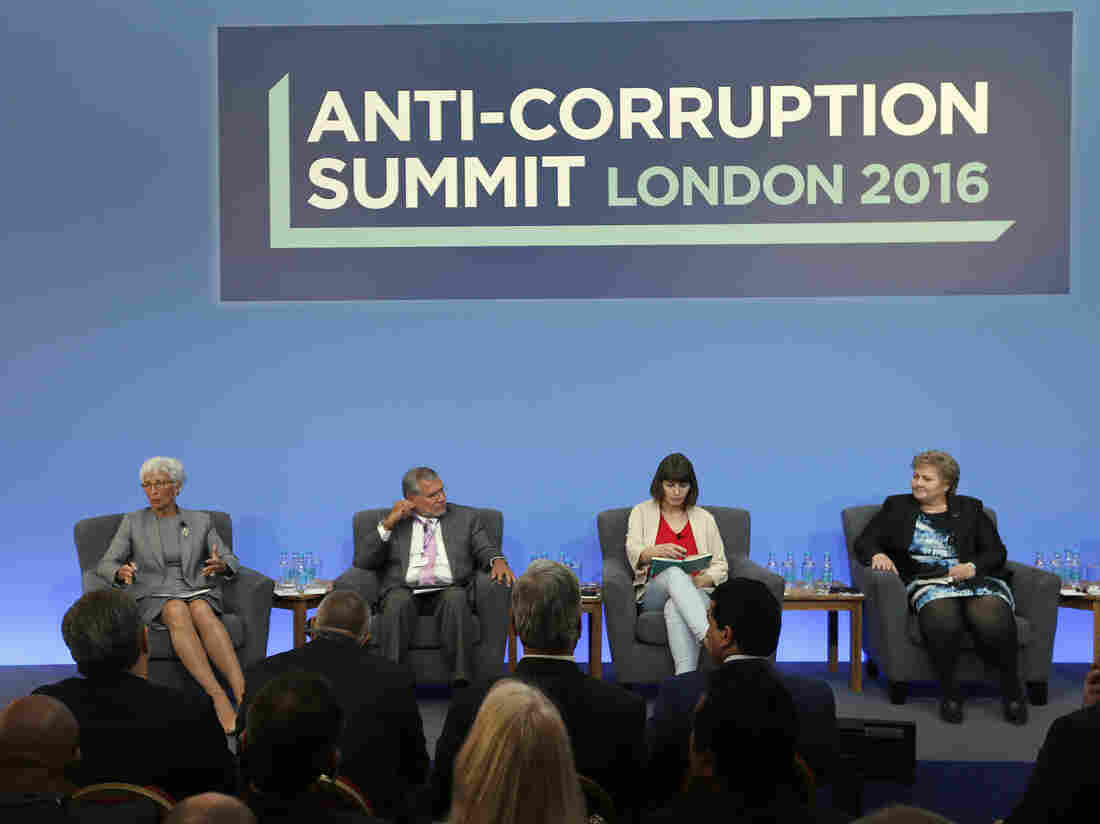 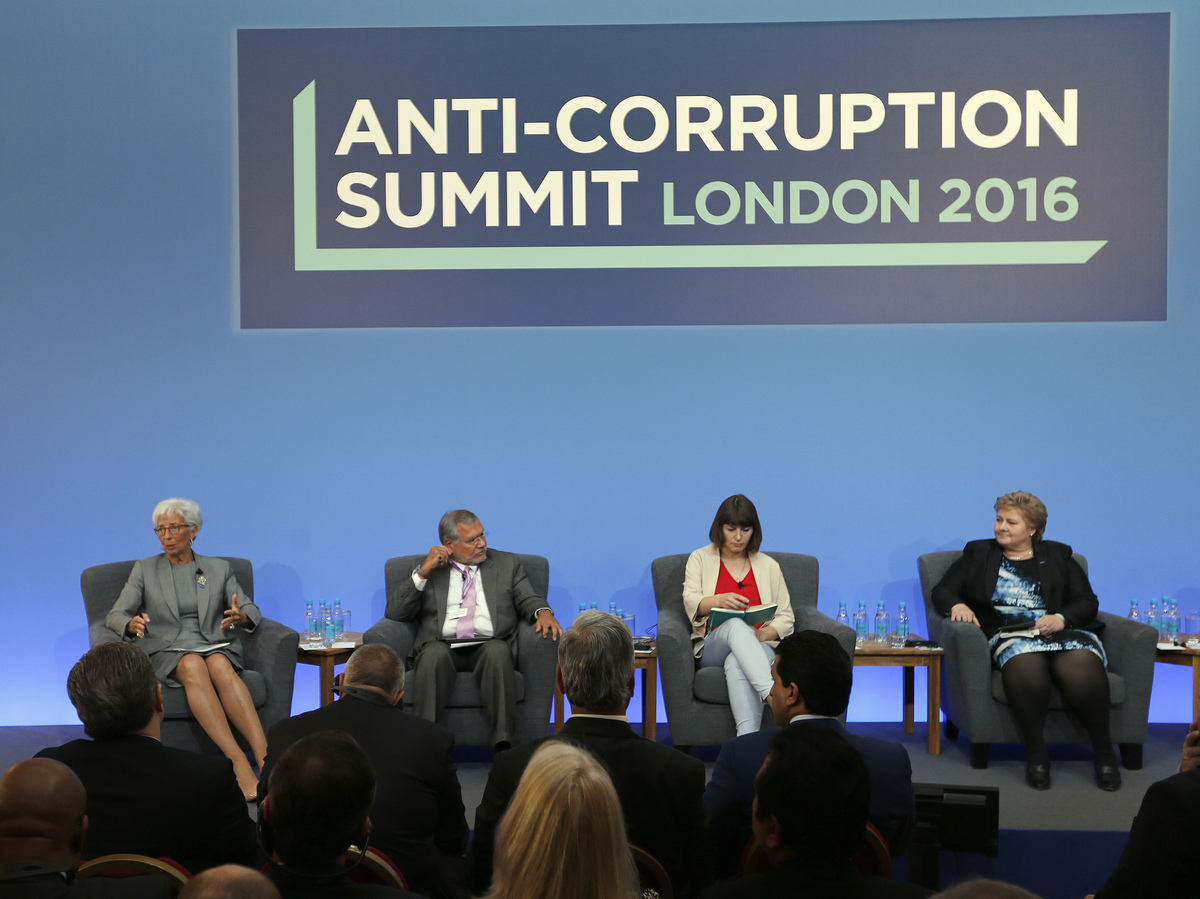 Reform groups in Mexico have been trying for years to persuade politicians to regularly disclose their assets and income, pointing to their northern neighbor as an example of a place where financial disclosure is the norm in government.

Then came President Trump, who has steadfastly refused to release his tax returns.

The global fight against government corruption has often been led by the United States over the years, but those in the movement's trenches worry that signals being sent by the Trump administration could undercut that effort.

They point to early actions by Trump, such as his signing of a law repealing disclosure requirements on oil and gas companies operating abroad, as well as the conflicts of interest posed by his numerous business interests.

"For many individuals and organizations investing and putting our hearts into this [effort], this has been very disappointing. And it goes back to the election," says Alejandro Salas, regional director for the Americas at Transparency International, the anti-corruption coalition

Trump campaigned by promising to "drain the swamp" in Washington, Salas notes. "He was an active anti-corruption campaigner, in his own words. But then his actions ... started showing that he was not going to follow [up] on that."

What Trump does matters to reformers around the world, because of the dominant role the U.S. has long played in spreading the gospel of good government.

"The United States, being one of the oldest and best-established democratic systems, with strong institutions, has always been a role model and has been a very strong ally for the fight against corruption around the world," Salas says.

When a corruption scandal erupted inside FIFA, the global governing body for the sport of soccer, it was the U.S. Justice Department that led the investigation, which eventually brought about the indictment of more than a dozen officials. The U.S. has also pressed hard against bank-secrecy laws that protect tax evaders.

That's not to say that government corruption doesn't exist in the U.S., of course, as residents of states such as Illinois and Louisiana know all too well. But over the years it's often been Washington that has led the way in arguing for government transparency and strong anti-corruption measures, with even European countries following its lead, Salas says.

It has done this in part by passing strong laws, such as the 1977 Foreign Corrupt Practices Act, which essentially barred multinational companies and individuals from paying bribes to obtain business abroad.

The U.S. government has also spent money trying to spread ideas about civil society and good government practices to other countries, particularly in the Middle East and Central Asia.

A Look At Why 'Crime Pays' In Indian Politics

In 2004, for example, Congress created the Millennium Challenge Corp., an independent agency that provides aid to poor countries, as long as they commit to what it calls "good governance, economic freedom and investments in their citizens."

The Virginia-based group Legacy International has a State Department contract to train young leaders of countries such as Tunisia and Kuwait about practices such as government transparency and constituent service.

"Those are all things that are fledgling in other parts of the world, so we give them a taste of how we do it in the United States and they take a lot of those practices home and implement them," says Mary Helmig, the group's vice president.

Even more important is the example that the U.S. has set as a country where strong institutions exist to battle corruption when it occurs.

"The greatest asset of the United States in terms of influence is basically the model that it has become for the rest of the world," says Georgetown law professor Alvaro Santos.

Some of Trump's actions both before and after he took office have raised questions about the U.S. model, he says.

"If you go to, say, the area of separation of powers, which is another important part of good-governance reform, the ways in which President Trump has criticized courts that render decisions against executive orders he has proposed, particularly this last one about immigration, seem very strange," Santos says.

"From an outsider point of view, for someone from another country who is trying to implement ... reforms, this seems odd, I would say."