Accessibility links
In A Crucial Election Year, Worries Grow In Germany About Fake News : Parallels With elections this fall, Germany is bracing for an escalation of fake news. Trust in the traditional press is waning, but some outlets are fighting back. 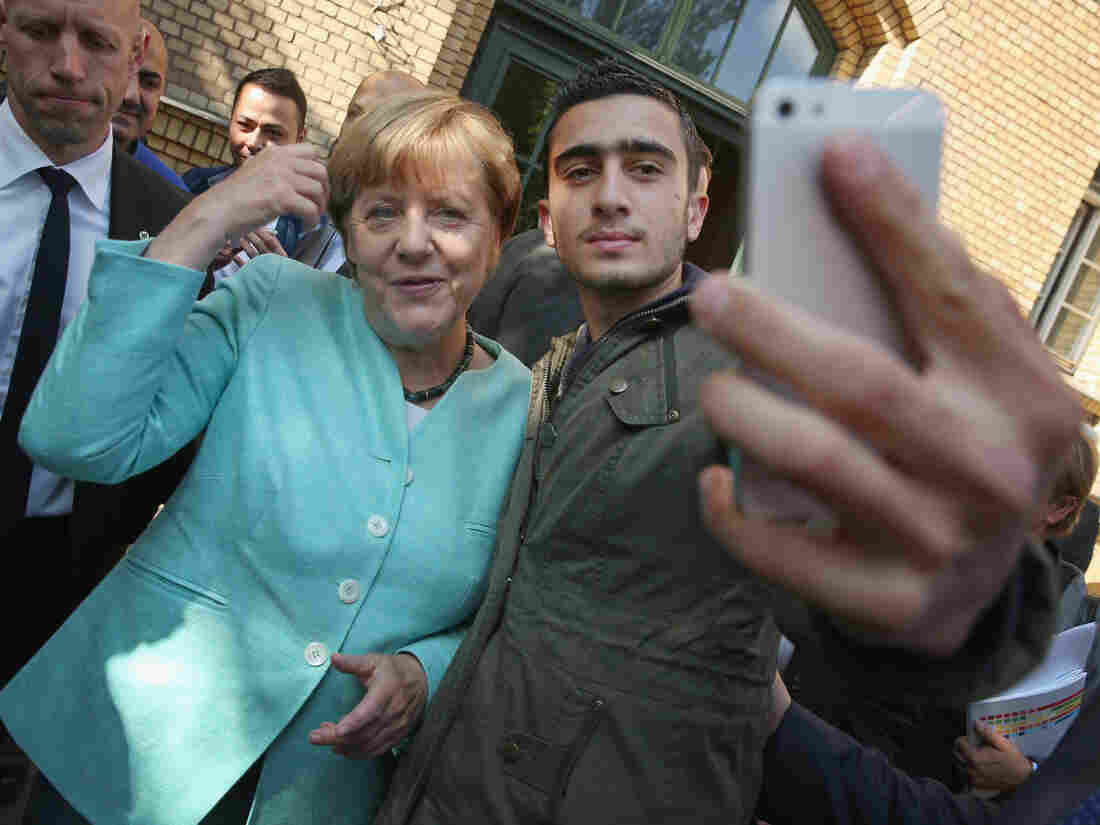 Anas Modamani, a refugee from Syria who posed for a selfie with German Chancellor Angela Merkel in 2015, sued Facebook after his photo was shared in posts falsely accusing him of being a criminal and terrorist. This week, he lost his case in court. Some lawmakers argue that cases like this prove there's a need for new, tougher libel laws. Sean Gallup/Getty Images hide caption 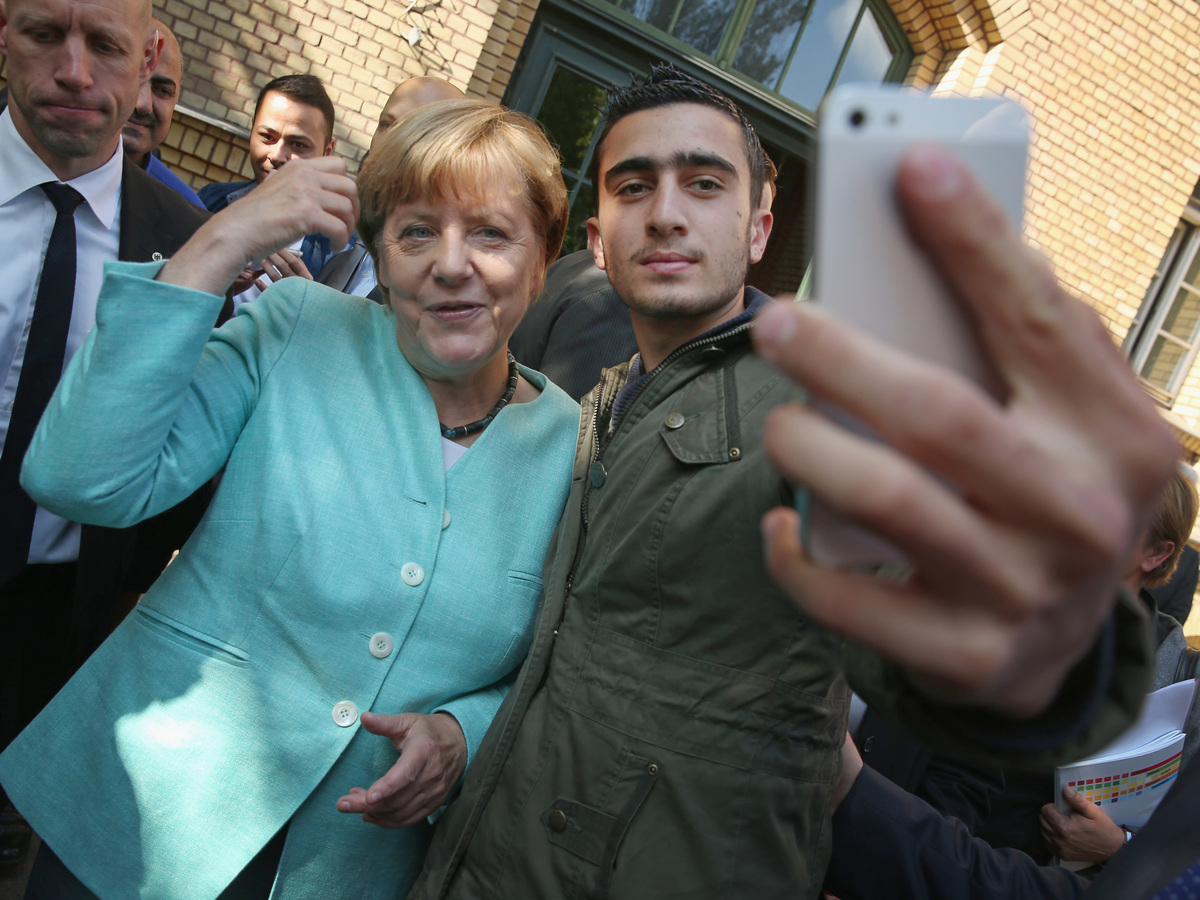 Anas Modamani, a refugee from Syria who posed for a selfie with German Chancellor Angela Merkel in 2015, sued Facebook after his photo was shared in posts falsely accusing him of being a criminal and terrorist. This week, he lost his case in court. Some lawmakers argue that cases like this prove there's a need for new, tougher libel laws.

Breitbart News has yet to launch its proposed German-language website, but it's already causing confusion in Germany. In January, police in the city of Dortmund had to debunk a Breitbart report about an alleged mob of 1,000 men chanting "Allahu akbar" and setting fire to a church on New Year's Eve.

The report was widely shared on social media, but Dortmund police clarified that there had been no such attack, nothing "extraordinary or spectacular" had happened and New Year's Eve had in fact been "rather average to quiet."

Like many Americans, Germans are wising up to the proliferation of "alternative facts." But others are simply overwhelmed.

Angelika Siegner, 65, says it used to be easy to know what sources to trust and not. Growing up in communist East Germany, she would ignore party propaganda and get her news by tuning in surreptitiously to West German television. But faced with social media news feeds these days, she feels confused.

"We don't know what's true anymore or what's a lie," Siegner says. "It's so difficult to keep up. So we try and feel it out, we ask our friends what they think and often we all draw the same conclusions."

As people rely more on what their friends or loved ones think, investigative reporter David Schraven says journalists in Germany have to accept that they are no longer as influential as they once were.

"It used to be the trust in a brand. You trusted your newspaper," Schraven says. "Now you've got friends and friends of friends on Facebook and you trust your friend."

Schraven is the co-founder of Correctiv, a nonprofit investigative newsroom based in Essen and Berlin that's about to partner with Facebook to fact-check German-language stories flagged as suspicious by Facebook users. Supported by foundation funding and staffed by investigative journalists, Correctiv is not being paid by Facebook for the partnership.

Once Correctiv has fact-checked the flagged stories, it publishes its research on Facebook and allows users to make up their own minds. Stories verified as fake are marked as such, but Facebook does not intend to remove the content, according to Schraven.

Schraven describes most fake news sources in Germany as sympathetic to Russia, opposed to the European Union or "fascist." But whatever their stance, he says, they all aim to distort political debate and destabilize democracy — a major concern for Germany in a crucial election year. (The European Union, too, is concerned and has started its own efforts to debunk fake news stories.)

Schraven stresses that simply identifying disinformation is not enough to fight it. Like it or not, he says, the fake news industry represents serious competition and journalistic integrity alone won't cut it. He says traditional media must emulate the techniques used so successfully by the shady purveyors of falsehoods. 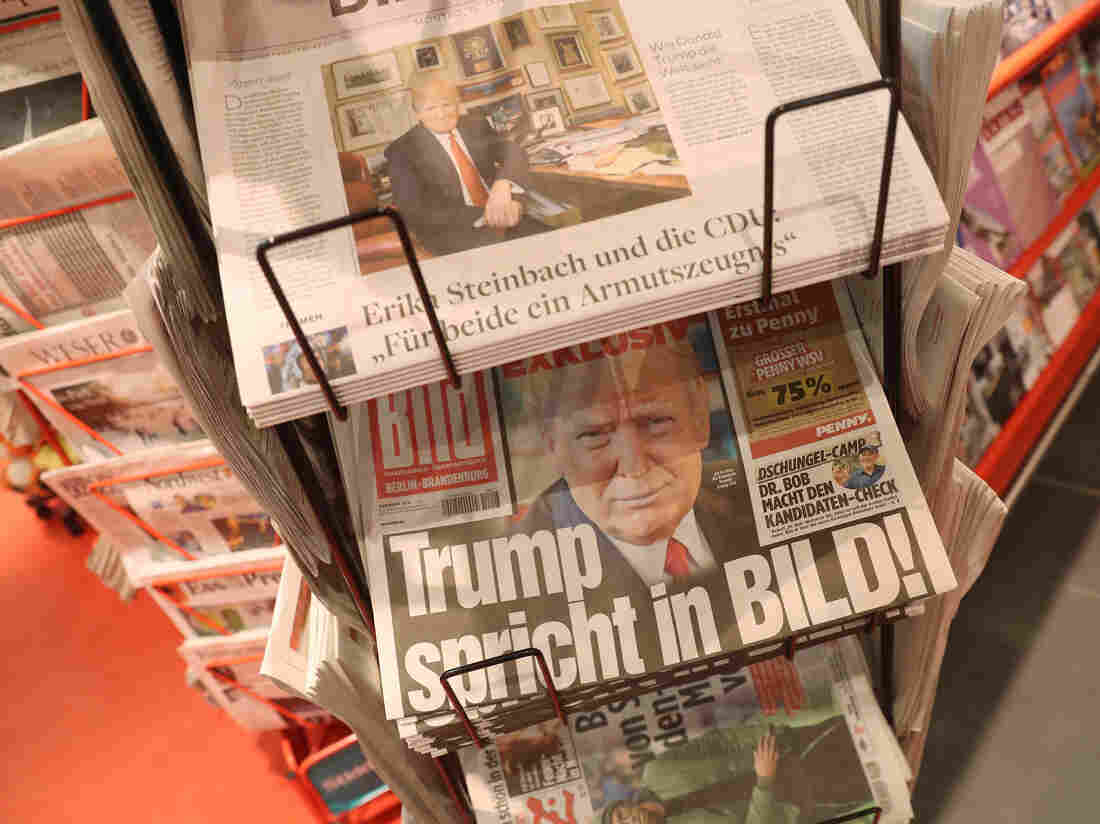 Germany's most popular newspaper, Bild, is among those worried about losing readers to news disseminated on social media. In a bid for greater transparency, it now makes a journalist available every day to take readers' questions live via an online video link. Sean Gallup/Getty Images hide caption 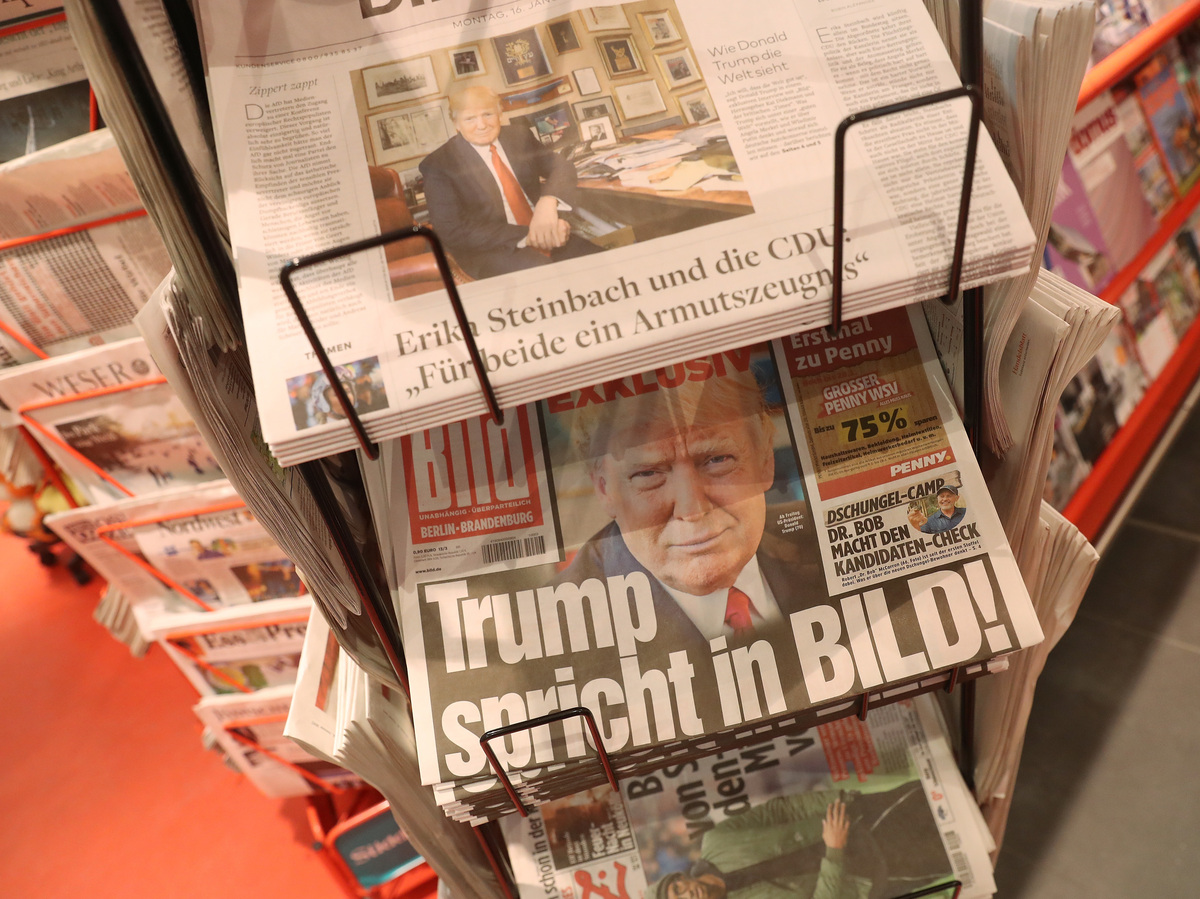 Germany's most popular newspaper, Bild, is among those worried about losing readers to news disseminated on social media. In a bid for greater transparency, it now makes a journalist available every day to take readers' questions live via an online video link.

"We need to acknowledge that our audience is not there where we want it," Schraven argues. "So we need to follow the audience, we need to work on social media."

Schraven says the best strategy for traditional media is to assume the role of a quotable, trusted online friend.

Even Germany's biggest-selling newspaper, Bild, with a daily readership of almost 10 million, is concerned about losing readers to the wilds of social media.

Julian Reichelt, the head of Bild's editorial board, says to retain loyal readers in the current climate, you have to open up all available communication channels.

Losing readers' trust is a serious issue for Bild. Just last month, Reichelt had to retract and apologize for a story the paper published claiming a "mob of Arab men" had sexually assaulted women in a Frankfurt restaurant. It turned out to be entirely fictitious.

Many snickered at the apology, since the tabloid has a reputation for coverage that's heavy on sensationalism and gossip. Since retracting the story, Bild has employed an ombudsman and has started offering up one of its journalists every day to take questions from readers via a live online video link. Reichelt says this promotes greater accuracy — and more fair-minded discussion.

Germany's media are not alone in taking a stand against disruptive disinformation. Chancellor Angela Merkel's government is also working to draft legislation that may impose hefty fines on social media sites that don't promptly remove false stories and hate speech.

Some lawmakers are calling for libelous content to be removed within 24 hours. Justice Minister Heiko Maas is expected to present a draft bill this week.

Earlier this week, a court in southern Germany rejected a case brought against Facebook by Anas Modamani, a Syrian refugee in Germany. He'd taken a selfie with Angela Merkel in 2015 that was shared in Facebook posts that falsely claimed he was a terrorist.

Jens Zimmermann, a lawmaker with the SPD party, a member of Merkel's ruling coalition, says cases like this show that German libel laws need to be updated for the digital world. But, he admits, this is a tricky task.

"Freedom of speech is paramount to our democracy, and we by no means want an Orwellian ministry of truth," Zimmermann says. "But we have to make it quite clear that the same libel laws and laws against incitement of hatred apply online as they do offline."

With an election approaching, critics say lawmakers are moving too slowly and it may already be too late for legislation. The media, they argue, must act now to ensure that a well-informed electorate goes to the polls in September.