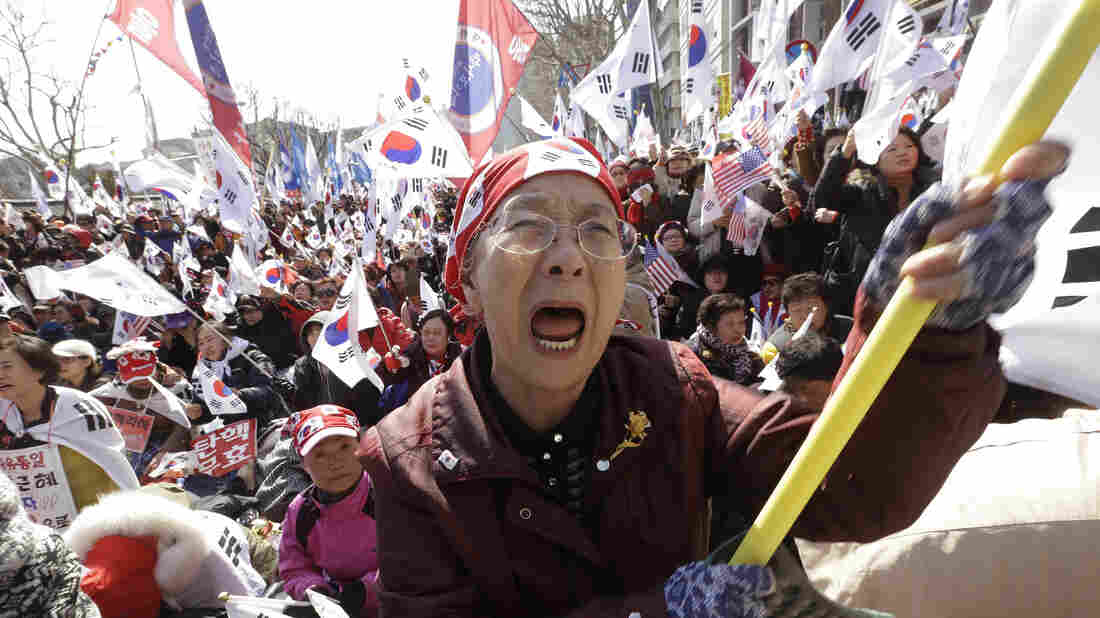 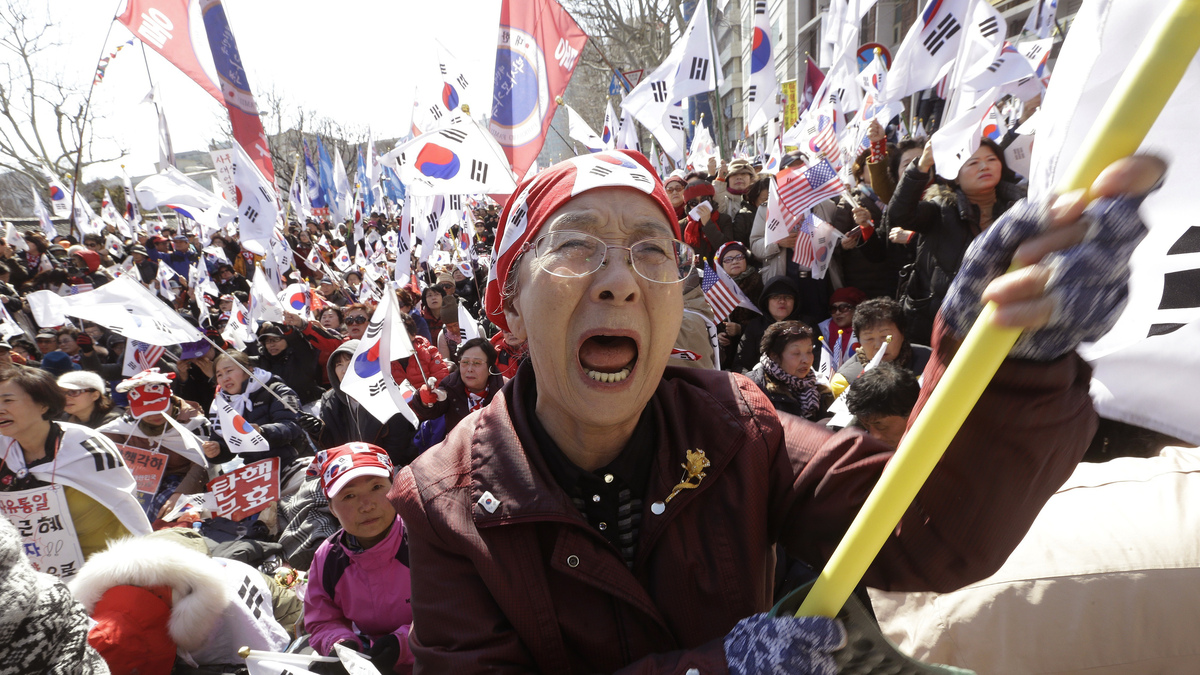 A supporter cries during a rally opposing President Park Geun-hye's impeachment near the Constitutional Court in Seoul, South Korea, on Friday.

Two people died in demonstrations and frenzy following a historic ruling in South Korea to remove its first female president. The nation's acting president is calling for unity and calm as the impeached former President Park Geun-hye packs her bags.

Hwang spoke following clashes with police that broke out outside the nation's highest court after a panel of judges voted unanimously to uphold a legislative impeachment of Park.

"Our judges hope our sentence ... brings ideological divides and confusion in the state to an end," Chief Justice Lee Jung-mi said before reading out the decision.

Outside South Korea's Constitutional Court on Friday morning, thousands of South Koreans crammed onto the street to await the ruling. In an outdoor concertlike atmosphere, the chief justice was beamed onto giant screens as she read the announcement.

The decision led crowds to break out in elation (among anti-Park camps) and emotion (among Park supporters).

Some 70 percent of South Koreans in a pre-ruling poll got what they'd wished for — Park's ouster.

"I feel very proud right now, I love this country," said Jeong Inha who was among the celebratory crowd.

Park Geun-hye now makes history twice. Not only as the nation's first female president, but now — in the way she's leaving office.

"We have never had a president who has been removed forcefully by an impeachment proceeding like this, ever," says J. James Kim, a researcher at the Korean policy think tank Asan Institute. "This was an abuse of executive power. That is the basis of her removal."

The court sided with lawmakers who impeached Park in December over allegations of corruption and influence-peddling. Investigators say Park abused her power by entrusting government decisions to a secret adviser, Choi Soon-sil, and took part in extorting bribes from major conglomerates, including Samsung and Hyundai. The corruption scandal gripped South Korea for months and led to millions taking to the streets for weeks of protest.

"There's a sense of relief," Kim says. "Some people are very happy and excited about this ruling, suggesting that democracy is healthy and functioning in this country."

Park has yet to move out of the presidential home, but she has already lost immunity from criminal prosecution and could face corruption charges. The country's prime minister — a Park appointee — will continue to serve as acting president. He will soon announce a snap presidential election, which is constitutionally required to happen within 60 days. Those celebrating the ouster, like Jeong Inha, say they are hopeful about the country's political future.

"I think there will be a better president than our last president, and a brighter future will be here," Jeong says.