Accessibility links
In Dutch Vote, First Of 3 Key European Elections, Populism Takes Second Place : Parallels "I was afraid [Geert] Wilders would win and after Trump and after Brexit, we were going to be the next polarized country," says a voter in The Hague. Talks have begun to form a coalition government. 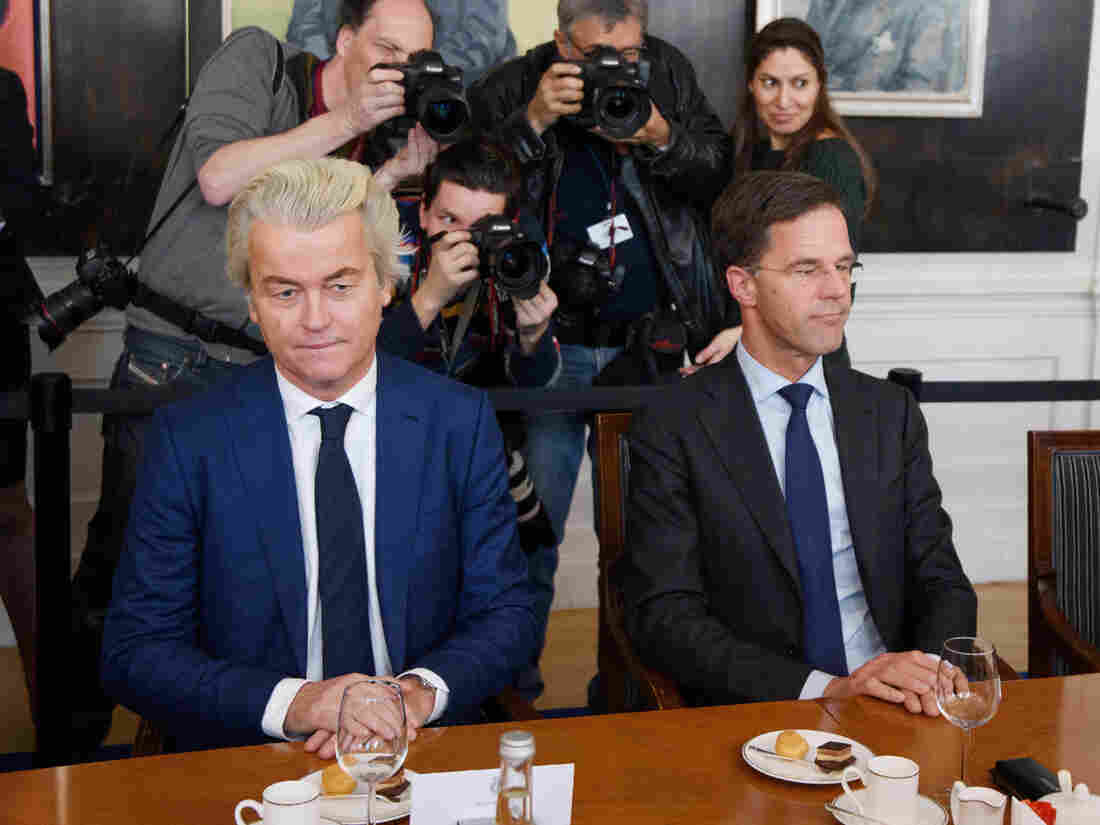 Dutch Prime Minister Mark Rutte (right) and Freedom Party leader Geert Wilders meet Thursday at the House of Representatives to discuss the formation of the cabinet in The Hague. Many Dutch parties have said they won't work with Wilders' Party of Freedom. Carl Court/Getty Images hide caption 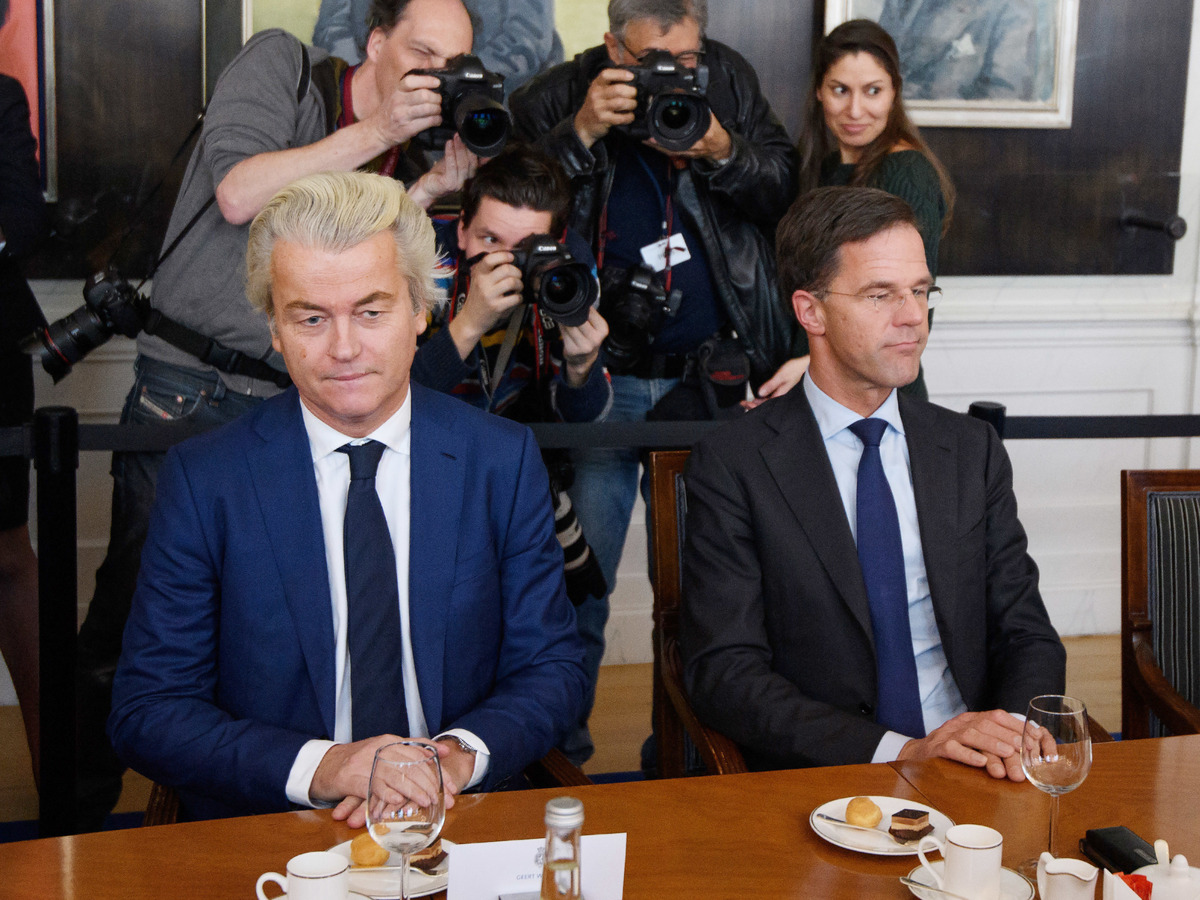 Dutch Prime Minister Mark Rutte (right) and Freedom Party leader Geert Wilders meet Thursday at the House of Representatives to discuss the formation of the cabinet in The Hague. Many Dutch parties have said they won't work with Wilders' Party of Freedom.

Dutch Prime Minister Mark Rutte dealt a sharp defeat to right-wing nationalist Geert Wilders in what was seen as the first of three electoral tests of populism on the European continent this year.

Rutte's center-right VVD party took 33 out of 150 seats in the lower house of the Dutch parliament. Wilders' Party for Freedom got 20 seats and came in second.

We were the 3rd largest party of the Netherlands.

Now we are the 2nd largest party.

Next time we will be nr. 1! pic.twitter.com/lKN5CFUhPT

A new coalition government will be formed, but most Dutch political parties have said they won't work with the Party for Freedom.

Wilders had hoped to notch a third big populist victory in the West since the United Kingdom voted to leave the European Union last summer and Donald Trump won last November in the U.S.

Wilders ran on an anti-immigrant, anti-Islam platform, which included vows to close all mosques and ban the Quran. He had led in the polls for nearly two years before slipping in the last week or so before the election.

"The Netherlands, after Brexit, after the American elections, said 'whoa!' to the wrong kind of populism," Rutte said Wednesday.

Still, Wilders' party picked up five additional seats in parliament — and the man known for his bleached-blonde pompadour vowed he would not go away.

"It's not the 30 seats I hoped for, but we have gained seats," Wilders said. "This patriotic spring will happen."

Even as he voted Wednesday, he warned, "The genie will not go back into the bottle."

Many Dutch who voted for parties other than Wilders' exhaled when they awoke to the news of his defeat this morning. Waiting for a bus in The Hague, Tamara Venema said she was happy to see Rutte come out on top and the Netherlands not follow the path of the U.K. and the U.S.

"I'm very glad that happened, because I was afraid Wilders would win and — after Trump and after Brexit — we were going to be the next polarized country," she said.

In the end, Wilders' policies and rhetoric – he had called Moroccans "scum" and suggested the Netherlands deport some – proved too extreme for voters in a small country that was built on foreign trade and immigration and has been traditionally viewed as liberal and tolerant.

The next electoral battle focusing on populism will take place in France, where Marine Le Pen, leader of the National Front, is running for president. The first round of voting is set for next month.