Accessibility links
The Axis Of Awkward: When Merkel Met Trump : Parallels It's hard to imagine two more different political figures. Whether these polar opposites can collaborate may be the single biggest factor in determining the future of the trans-Atlantic partnership. 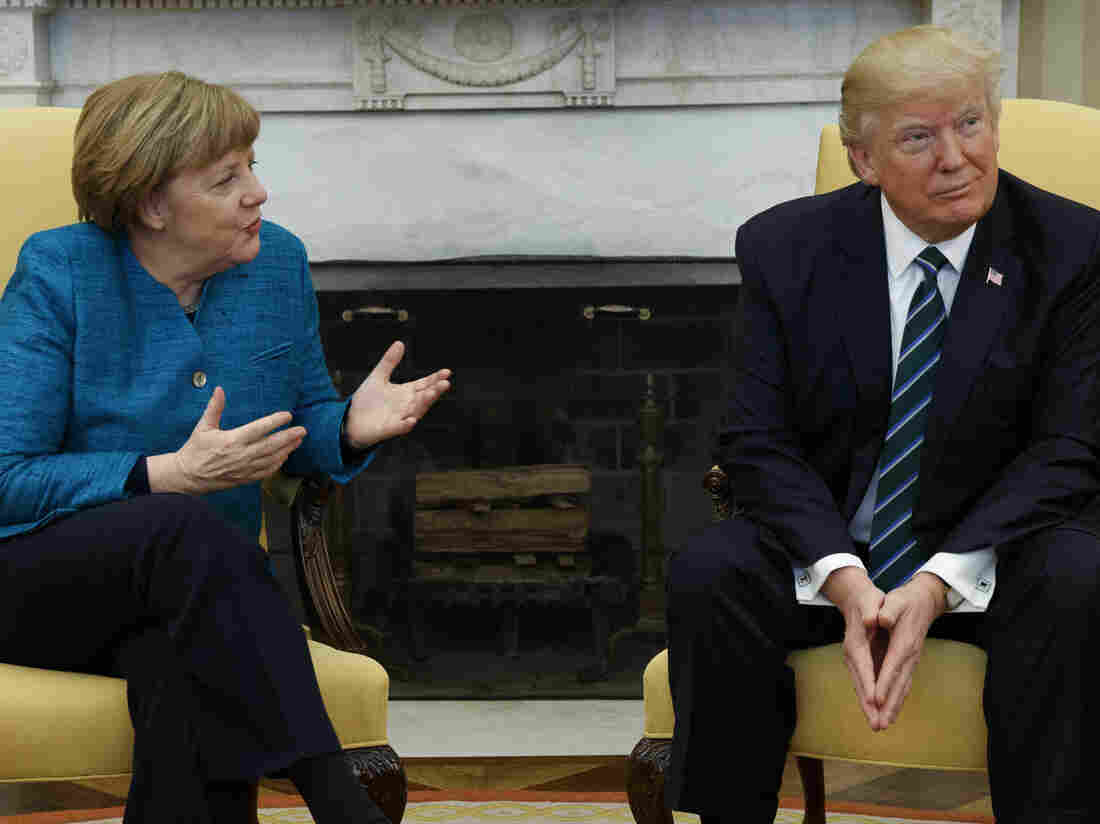 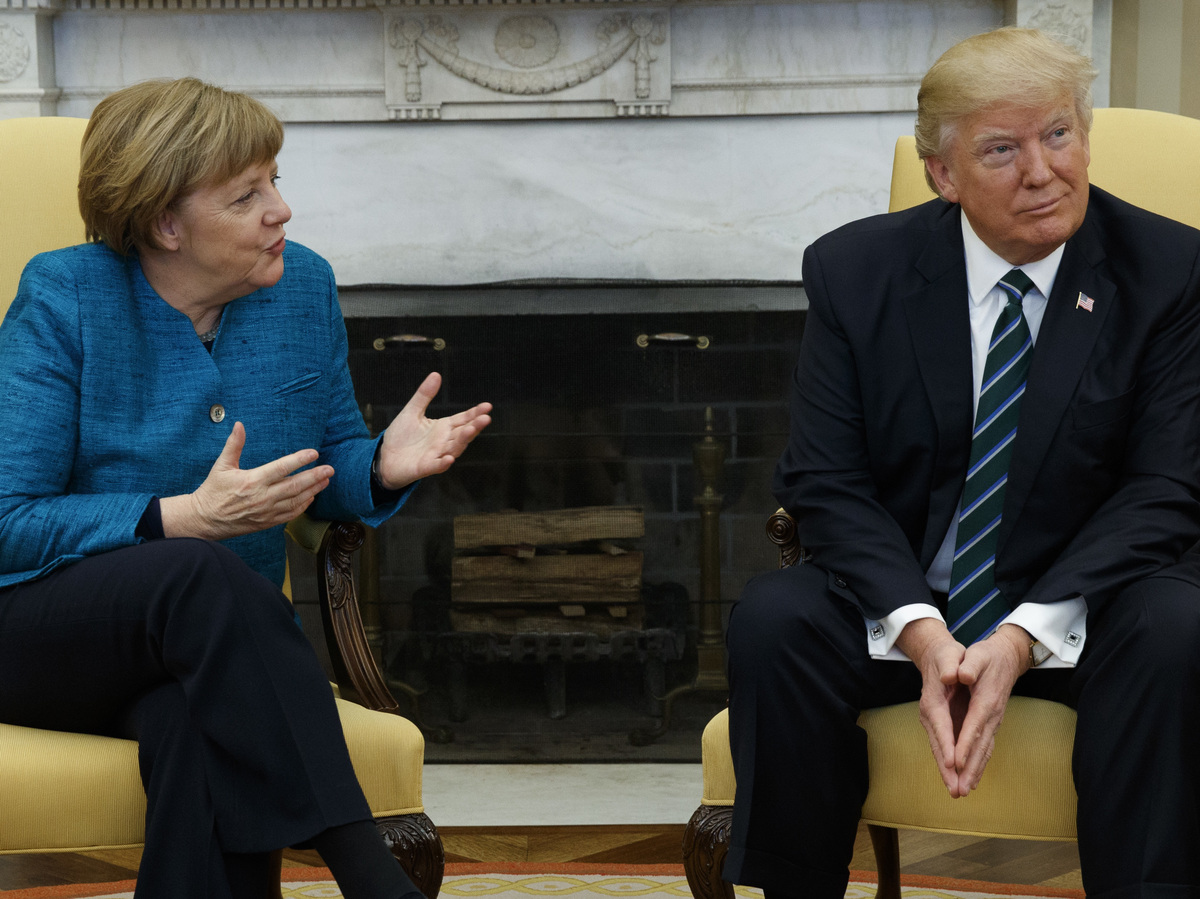 President Donald Trump meets with German Chancellor Angela Merkel in the White House on Friday. "It is much, much better to talk to one another and not about one another," Merkel said.

It wasn't the common ground that German Chancellor Angela Merkel was looking for. When President Trump was asked at their joint press conference Friday about the White House claims that President Obama had enlisted British intelligence in spying on him, Trump looked toward Merkel and quipped, "At least we have something in common, perhaps."

Trump was referring to reports that the National Security Agency had tapped the German leader's phone during the Obama administration. Merkel wasn't laughing.

It was the second awkward moment on Friday between the United States and a European ally. Earlier in the day, a spokesman for British Prime Minister Theresa May refuted the allegations of British spying, calling them "ridiculous." Such is the state of the Western alliance.

Merkel traveled to Washington this week in hopes of establishing a working relationship with the U.S. president who, on the campaign trail, had accused her of "ruining Germany." As she said from her podium a few feet from Trump, "It's much, much better to talk to one another and not about one another."

And with a number of pressing issues on their agenda — the future of NATO, the strength of the European Union, deterring Russia, combating terrorism — there is no shortage of items to discuss. It will take time to see whether the leaders of the West's two most powerful countries forged any ground in their first face-to-face meeting.

It is hard to imagine two more different political figures, either in substance or in style.

Merkel took the biggest political gamble of her life by welcoming roughly 1 million refugees to Germany. Trump is busy litigating a travel ban on people from six Muslim-majority nations.

Merkel is pragmatic, a committed internationalist and the unquestioned champion of the EU. Trump fires off brash tweets, has expressed disdain for multilateral cooperation and promotes an "America first" policy at the risk of jeopardizing long-standing alliances.

Yet whether these polar opposites can collaborate may be the single biggest factor in determining the future of the trans-Atlantic partnership.

Merkel, Germany's chancellor since 2005, was meeting her third sitting U.S. president on Friday. She succeeded in establishing a strong working relationship with both of Trump's predecessors, despite occasionally substantial policy differences.

Disagreement over policy — even something as large as the war in Iraq — is one thing. It may be a greater test for Merkel to find common ground with a president who peddles unproven allegations and celebrates the weakening of the European project.

On Friday, a Politico Magazine headline declared: "The Leader of the Free World Meets Donald Trump." It is fair to ask who at today's press conference better represents traditional American democratic ideals.

Oddly, Merkel's belief in American exceptionalism may be stronger than the U.S. president's. Her commitment to liberal democratic principles is surely more exceptional today than when she came into office. Judging by Trump and Merkel's awkward, relatively chilly press conference, the German chancellor may be feeling even more alone on the world stage.