Accessibility links
With Murders On The Rise, 2017 On Track To Be One Of Mexico's Deadliest Years : Parallels In January alone, 1,938 people were killed. Poor security, the proliferation of drug gangs, corruption and lack of opportunities are among the factors causing the violence. 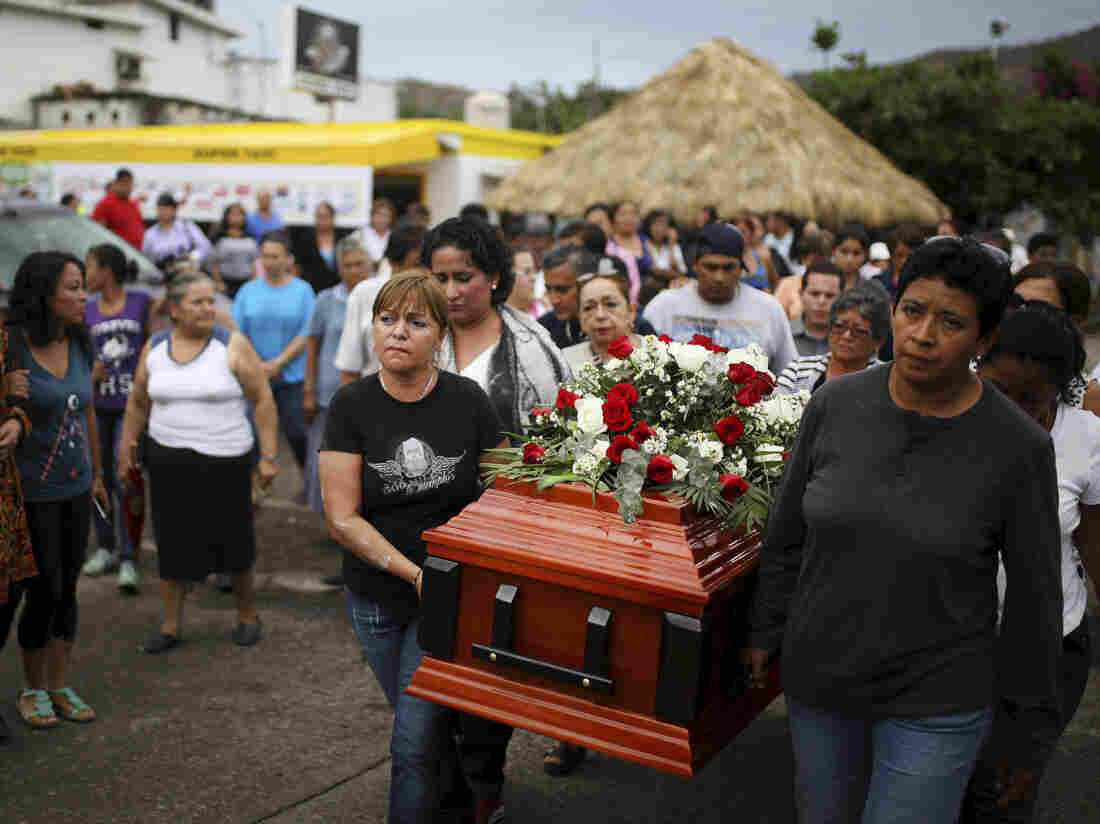 Members of a search group carry the coffin of Pedro Huesca as they walk to a cemetery in Veracruz, Mexico, on March 8. Huesca, a police detective, disappeared in 2013 and was found in a mass grave. His remains were among more than 250 skulls found over the past several months in what appears to be a drug cartel mass burial ground on the outskirts of the city of Veracruz, prosecutors said. Felix Marquez/AP hide caption 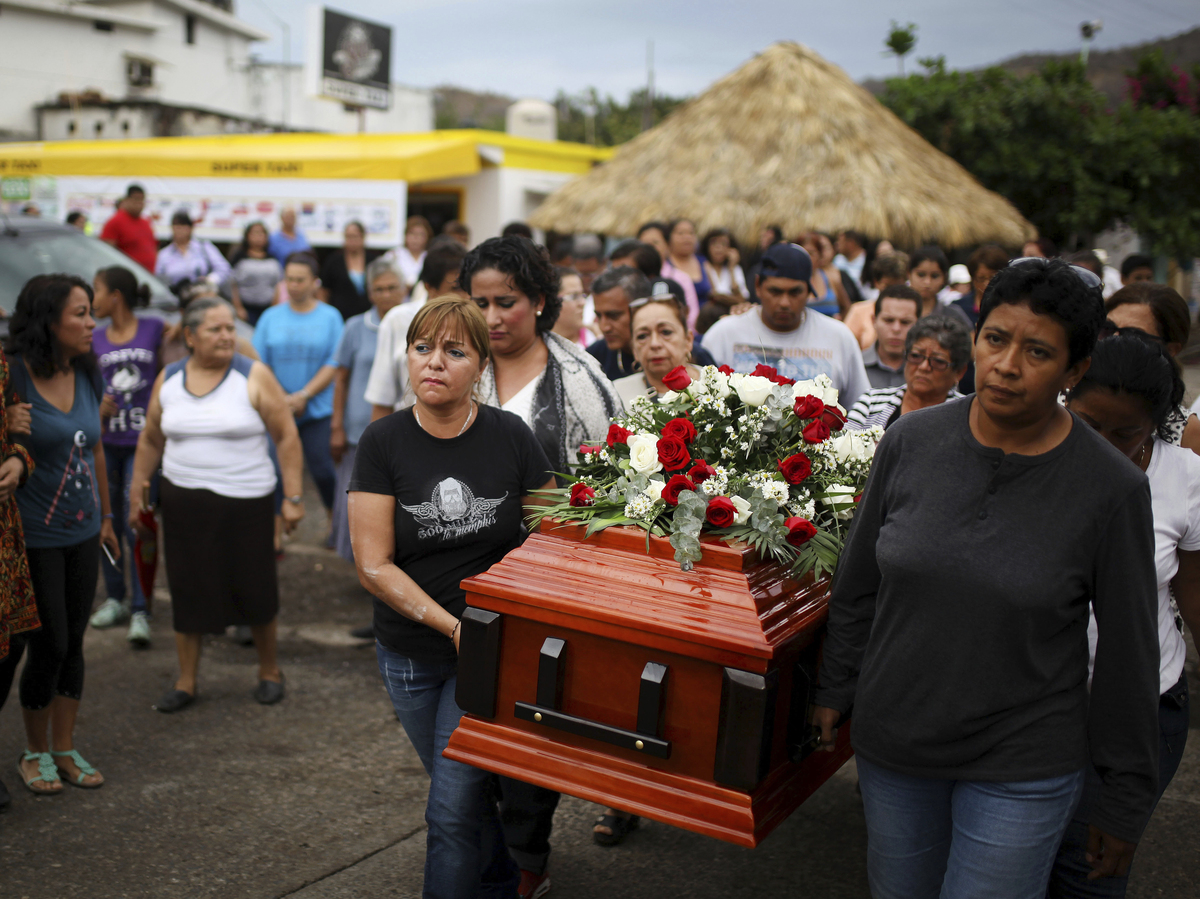 Members of a search group carry the coffin of Pedro Huesca as they walk to a cemetery in Veracruz, Mexico, on March 8. Huesca, a police detective, disappeared in 2013 and was found in a mass grave. His remains were among more than 250 skulls found over the past several months in what appears to be a drug cartel mass burial ground on the outskirts of the city of Veracruz, prosecutors said.

Murder is on the rise in Mexico. Ten years after the government launched its war on drugs and sent the military to combat cartels, homicides are at levels not seen since the height of that offensive. The violence is widespread, but it remains most prevalent in a few hard-hit towns and cities.

Hugo del Angel says his city, Ecatepec, a sprawling, struggling suburb of nearly 2 million outside Mexico City, is definitely high on that list.

Mexican Newspaper Shuts Down In 'Act Of Protest' After Journalist's Murder

"It's probably one of the three most problematic in the whole country," he says.

Del Angel isn't that far off. According to new government figures, nearly half of all homicides in the country occur in just 50 cities; Ecatepec is near the top.

The past two years have seen a jump in violence in cities throughout Mexico. In January alone, 1,938 people were killed, according to Mexico's executive secretary for the National Public Security System, putting 2017 on track to be one of the deadliest years in a decade.

As his employees unlock the chains around bar stools and high tables, del Angel opens his small pizza parlor in the food court of one of the city's largest shopping centers. Late last year, he says, five men came into the restaurant and demanded service.

"One of the guys says, 'If you're not going to serve us, we're going to take everything you have,' " del Angel recalls. The man pulled a bat from under his shirt. Before del Angel knew it, they were beating him and his young employees.

Del Angel recovered, but he says the shopping mall hasn't. Crime has done it in. Last year, the movie theaters left, and dozens of stores shut down. The second floor is practically abandoned. The management stopped running the escalators and most of the lights.

"I can see the city's violent situation reflected in the total abandonment of the mall," says del Angel.

Many blame last year's capture of Sinaloa cartel leader Joaquin "El Chapo" Guzman for the spike. Rival gangs, especially the upstart New Generation Jalisco cartel, are making a play for El Chapo's territory and unleashing feuds between smaller groups, which branch off into extortion and robbery for funds — especially in places like Ecatepec, the state of Mexico's most problematic city.

"The state of Mexico has always been very violent, and has been the problem child for this administration," says Ana Maria Salazar, a security expert and analyst in Mexico City.

With just one year left in his term, President Enrique Peña Nieto hasn't been able to calm the violence in the state of Mexico — or elsewhere in the country. Last fall, though, he launched a plan to combat violence in the 50 most violent cities. New technology, interagency coordination and a countrywide emergency phone service are all key to his plan. 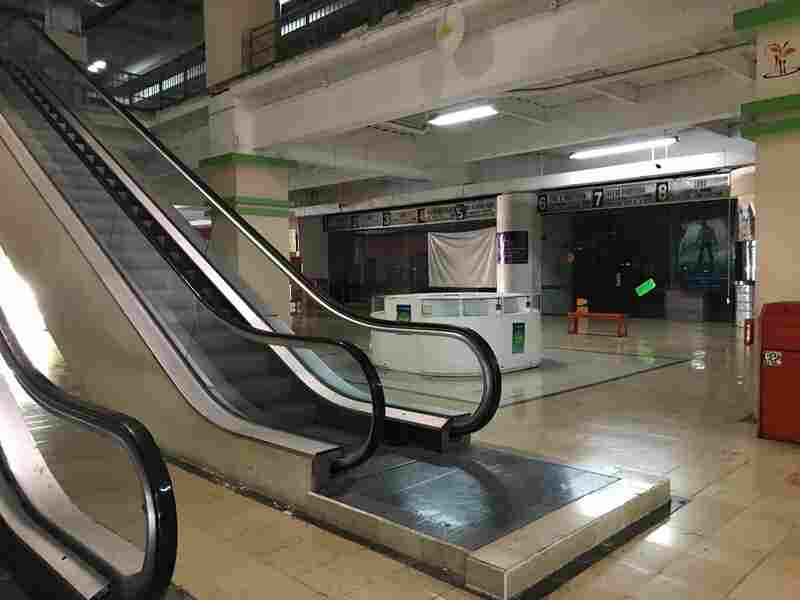 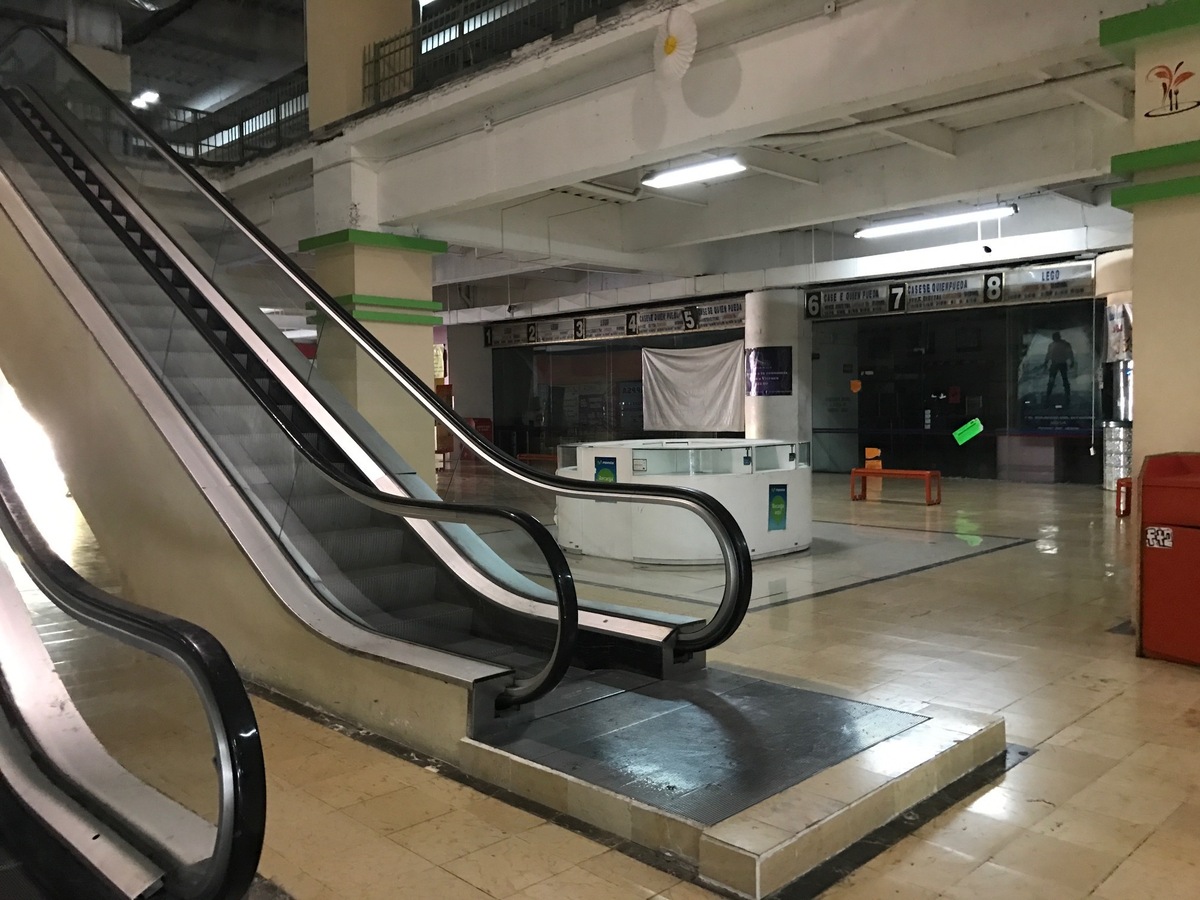 Crime has led to a shopping mall's decline in Ecatepec, outside Mexico City.

In Ecatepec, the emergency calls are fielded by an operator at a brand-new police center in the city, where a floor-to-ceiling bank of monitors plays real-time images captured by the city's 10,000 new cameras. Dozens of agents watch, while others, like Damian Flores, pore over recordings from the day before, looking for suspicious activity.

Flores plays back a recording of a kidnapping.

"You see four guys get out of a Ram pickup truck and run into this small grocery shop," says Flores. Seconds later, they come out and shove a person into the vehicle, which takes off.

No one, Flores says, reported the crime and no one at the grocery shop would talk to officers, highlighting a distrust of police that even the highest technology and coordination can't overcome.

Peña Nieto's 50-city plan is not doing too well. A review by the Mexican investigative website Animal Politico shows that homicides in nearly three-quarters of the cities rose in the past six months, some at alarmingly high rates.

In Ecatepec, there were 200 in the past six months, no change over the same period in the year before.