Accessibility links
Le Pen Finds Support In Pro-Europe French City : Parallels If elected, far right leader Marine Le Pen will hold a referendum to leave the EU, but that's hard to imagine in one of the most pro-Europe corners of France near the German border. 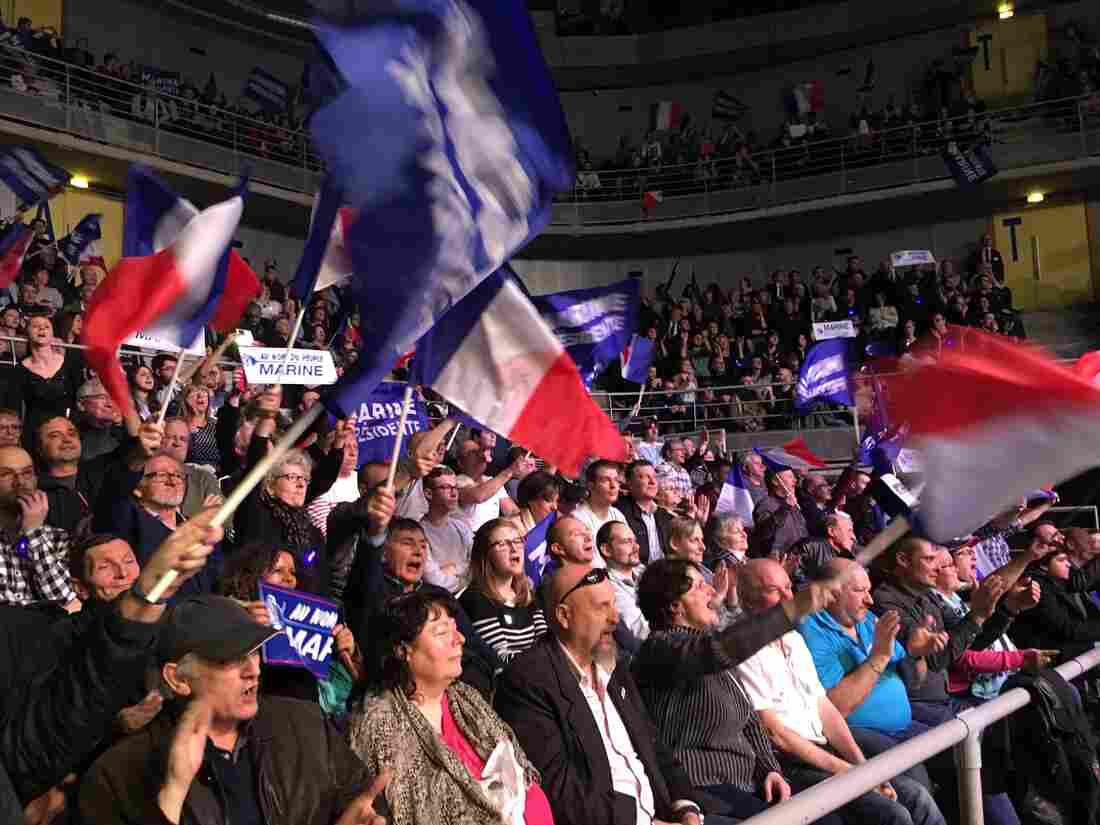 Marine Le Pen's skeptic stance on the EU is an unlikely vote-winner in France, and especially near the eastern border where the EU is still popular. But even there Le Pen has some supporters. Eleanor Beardsley/NPR hide caption 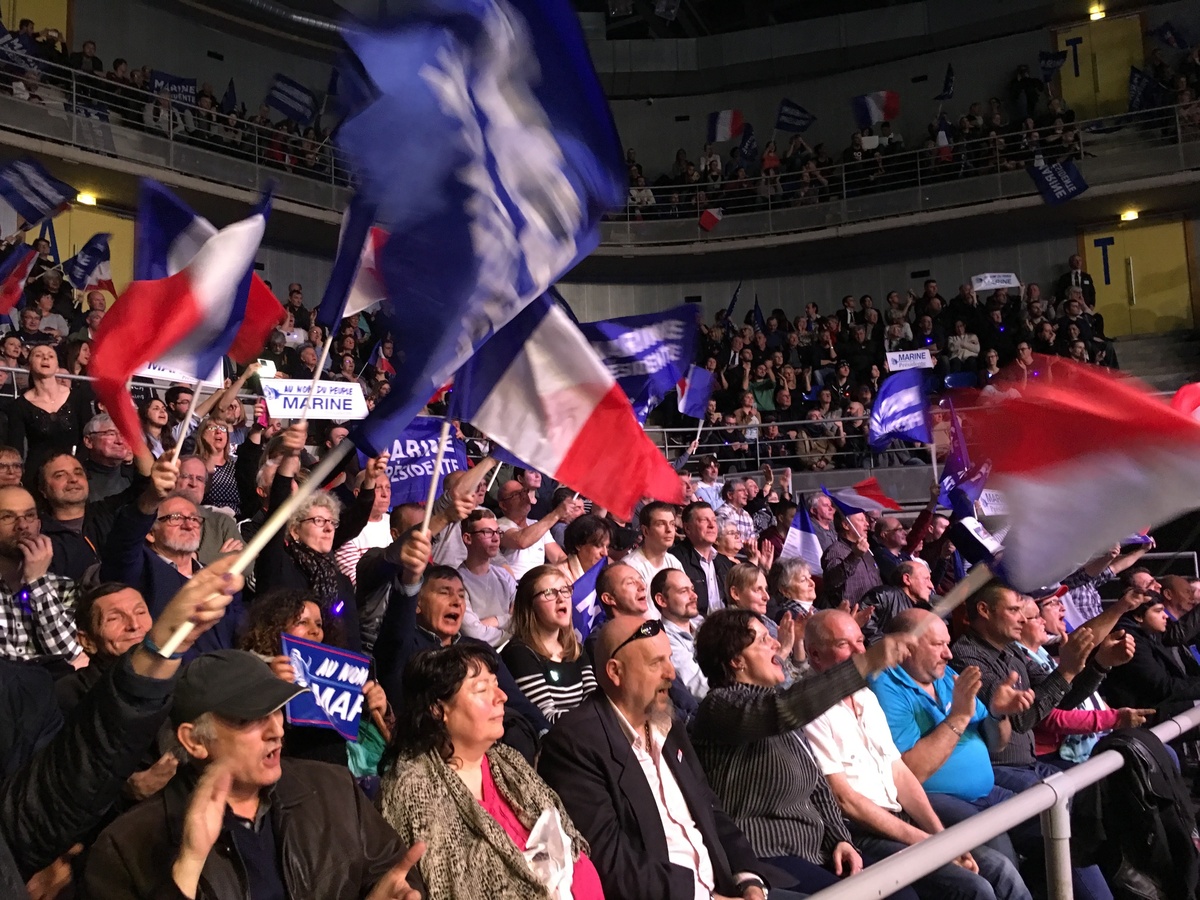 Marine Le Pen's skeptic stance on the EU is an unlikely vote-winner in France, and especially near the eastern border where the EU is still popular. But even there Le Pen has some supporters.

If Marine Le Pen is elected president of France in May, she says she promises to hold a referendum on leaving the European Union. Her EU-skeptic stance is an unlikely vote-winner in France, where the EU is still very popular. That's especially true in eastern France, near the border with Germany, but even there Le Pen has some supporters.

The majestic French city of Metz was built by the French and the Germans, and has a shared history going back more than a thousand years. Metz is in the heart of the Alsace Lorraine region, which changed hands four times since the Franco-Prussian war in 1871.

In the city's cathedral square, a group of soldiers for the Deutsche-Fransuziche Brigade is showing off their tank and military hardware to the public. The group is a bi-national military brigade in which the German and French units work together.

Jonathan Naegele is the communications officer for the brigade and part of the French army says this region has close-knit ties with Germany in just about every area. He describes it as a sort of kinship between the two peoples. It's Franco-German friendship week in Metz and French and German flags fly together all over town.

It wasn't always like this, says Metz mayor Dominique Gros. The 75-year-old says his father, grandfather and great-grandfather all fought in wars against Germany.

"When I was little I learned that Germany was our enemy, but we've managed to overcome this ancestral hatred," Gros says. "And we built Europe together. Today we work together, our young people go to university together and we have the same democratic values."

But Gros says people are beginning to look inward again, and he's worried by the nationalist feelings being stirred up by Marine Le Pen. Despite the deep European sentiment here, a recent poll showed Le Pen has a lot of support in Alsace Lorraine.

Franck Bucher is a political reporter for a local paper. He says many French people are frustrated when they see the strength of economies in nearby Germany, Switzerland and Luxembourg, where many of them go to work.

"People feel like the French politicians aren't able to do anything about the economy and social problems in France," Bucher says. "So part of Le Pen's success comes from this despair, and because she has never been in power she is able to position herself as the anti-system candidate."

While Metz is celebrating Franco-German friendship, on the other side of town Le Pen is holding a rally. She accuses her opponents of trying to scare people about her opposition to the EU. She says the French people don't need the EU to go shopping or to work in Germany.

Jerome and Julien Ferrand are brothers in their 60s. They started voting for Le Pen's party, the National Front, in 2005 when the French people rejected the enlargement of the EU in a referendum. But the French government pushed the measure through parliament anyway. Jerome Ferrand says the people's "no" was turned into a "yes" to build an EU that nobody wanted.

"We want a Europe of nations in solidarity, but one where every country has control and can do what's best for its own people," Jerome says. "We don't want to live under German hegemony."

The brothers say they don't blame Germany, they blame French politicians for taking the EU too far. The men say Franco-German relations will be just fine without the EU.