Accessibility links
Mexican Journalist, 73, Is Latest Murdered For Crime Reporting : Parallels The murder of Maximino Rodriguez Palacios in Baja California last week is the latest in a string of killings that have made the country one of the most dangerous in the world to report the news. 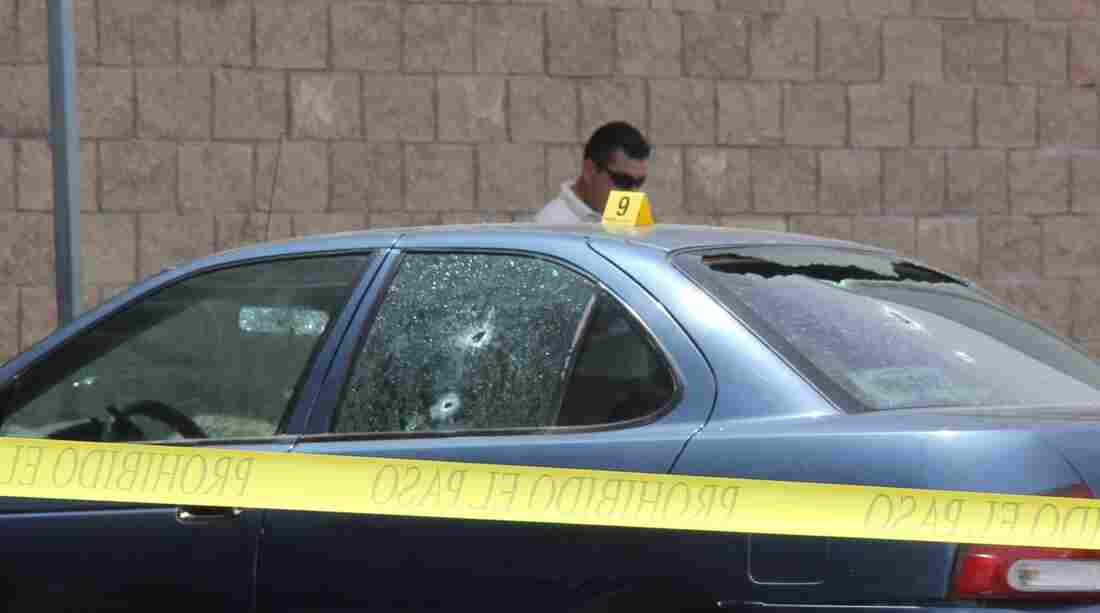 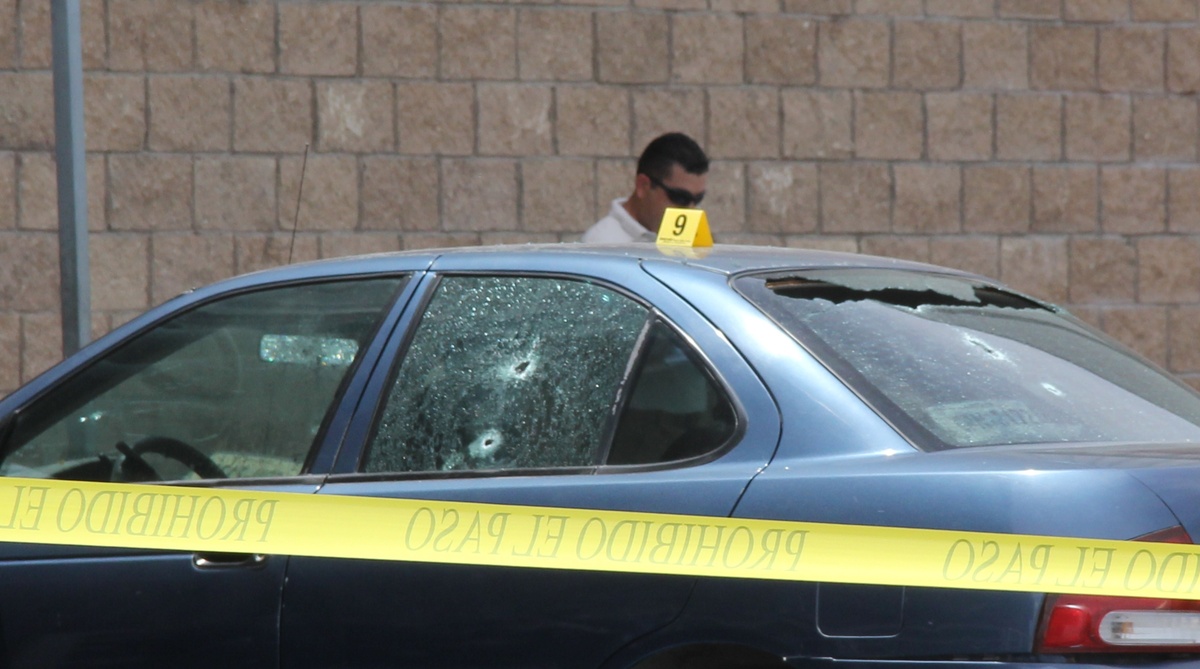 You wouldn't expect a 73-year-old to be on the crime beat, but Maximino Rodriguez Palacios couldn't help himself, says Cuauhtemoc Morgan, editor of the Baja California news blog Colectivo Pericu.

"It was totally by chance," he tells NPR. "In November 2014, Max called me about a shooting near his home in La Paz. And then he sent me a story and photos about what happened. From that moment, he was our crime reporter."

Rodriguez's passion to cover crime led to his death. Gunned down Friday as he pulled up in front of a supermarket, he became the fourth journalist murdered in Mexico in just six weeks. The country continues to be one of the deadliest places in the world to report the news.

For decades, Rodriguez had worked in journalism and in public relations for the state government. He came out of retirement to take up the crime beat for Colectivo Pericu, and in the following years his work became increasingly important. His home state, Baja California Sur, has become one of Mexico's most violent in recent months as drug cartels fought over the territory. In January 2017 the state recorded its most murders ever in a single month.

Through this, Rodriguez built up a following. A Facebook Live video from April 5 got more than 15,000 views. In it, he runs up to the police tape around a crime scene and, winded, tells his audience that the subject is dead. The victim would turn out to be a plainclothes police officer. 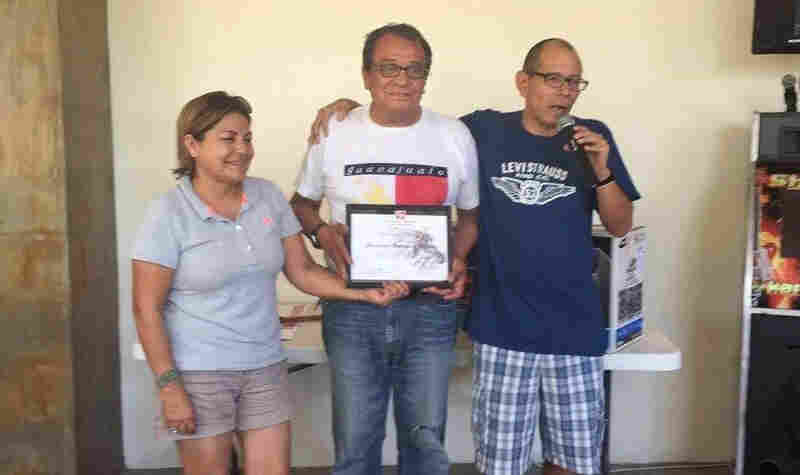 Several police officers had been murdered in recent months, and Rodriguez chased the story. In the last column he wrote for Colectivo Pericu, he cited anonymous sources to identify the leader of a local cartel as the mastermind. But this turned deadly.

"Our comments sections [on the blog] are open, so it has become routine for us to receive threats there," says Morgan.

Rodriguez's final column had five comments on it. Four were threats. Among expletives, one comment ominously reads, "You're lighting the candles for your own funeral, Max."

Three days later, Rodriguez was dead. His bullet-riddled car was the exact kind of crime scene he would have run to cover, camera phone in hand.

On Sunday night, the state attorney general's office said that ballistics tests showed that the firearm used against Rodriguez was the same one used in the killing of the police officer that Rodriguez had covered a week earlier. The investigation points toward Rodriguez being targeted for his work.

Since President Enrique Peña Nieto was elected in 2012, 31 journalists have been murdered in Mexico. Dozens more have been threatened or attacked. Reporters under threat have become hardened to this reality.

"When I hear of another murder, I just think 'who's next?' " says Noe Zavaleta, a reporter in Veracruz state. "It sounds crude to say, but it's the way I have to think about it now."

Zavaleta knows the danger of reporting well, as 20 journalists have been murdered in his home state since 2010. He began writing for the investigative magazine Proceso after his predecessor, Regina Martinez, was strangled to death in her home. One of his best friends and colleagues, photojournalist Ruben Espinoza, was murdered in Mexico City after seeking refuge there. But Zavaleta is back in Veracruz after briefly fleeing to Mexico City for his safety.

"Things haven't changed — if anything, it's gotten worse," he says. "But this is what I know how to do, and I refuse to leave because of intimidation. Maybe it's pride or my ego, but I won't leave."

The Mexican government recently has beefed up protection measures for journalists, as well as a specialized unit that investigates these types of crimes. But journalists don't just need protection from organized crime.

"[These protections] feel imaginary, because I have filed complaints about threats I have received from government authorities and their cronies," says Zavaleta. "I don't expect them to go anywhere, but I file them anyway so that other journalists can document what has happened to me."

Mexican Newspaper Shuts Down In 'Act Of Protest' After Journalist's Murder

The systems to protect reporters aren't working in practice, says Carlos Lauria, the Americas director for the Committee to Protect Journalists.

"Unfortunately, these bodies and mechanisms have clearly been insufficient to fight the violence and solve crimes against the press," says Lauria. "Impunity is still pervasive. Even in the cases where progress has been made, masterminds are still free and justice is losing."

By CPJ's estimate, 87 percent of the murders committed against journalists in Mexico since 1990 either have not been investigated or have no arrests.

But the journalists themselves aren't the only victims of press violence, says Lauria: With many reporters too scared to cover news that could anger criminals or corrupt politicians, the public often doesn't get to see the most important stories.

In Baja California Sur, it's unclear if reporters will be silenced by Max's death. Cuauhtemoc Morgan says he's talked to some journalists who want to get off the crime beat after the murder. But not everyone will stay quiet.

"My wife [the co-editor of Colectivo Pericu] and I are reflecting on what to do," he says. "But right now, we don't plan to stop reporting on this type of news."

On Monday, Colectivo Pericu kept publishing, like it was just another day.