Accessibility links
French Presidential Candidate Macron Takes Page From The American Political Playbook : Parallels Supporters of political newcomer Emmanuel Macron hope that talking to voters on their doorsteps — an unusual approach in France — will help him become their next president. 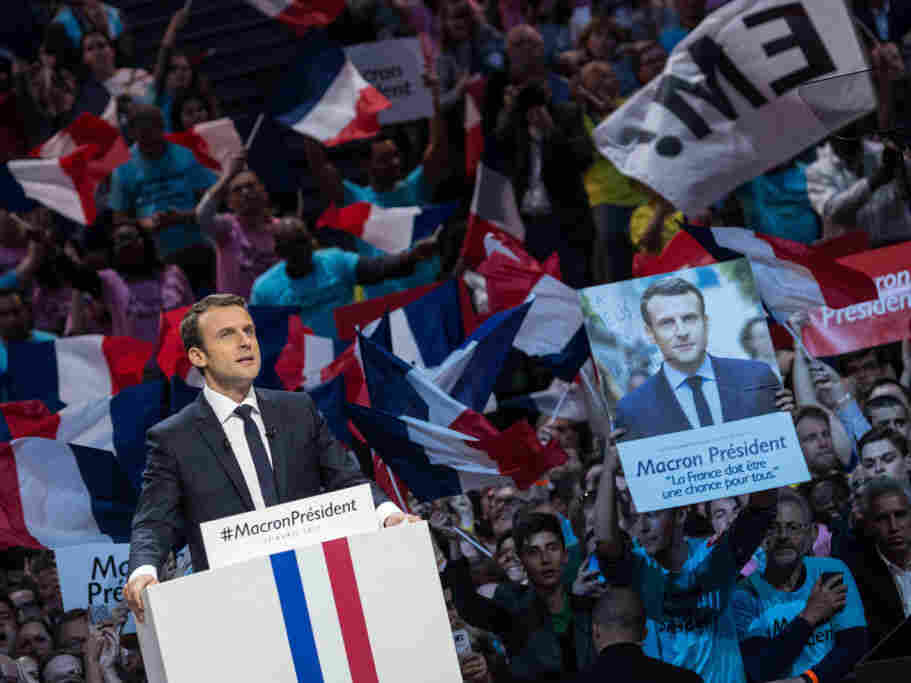 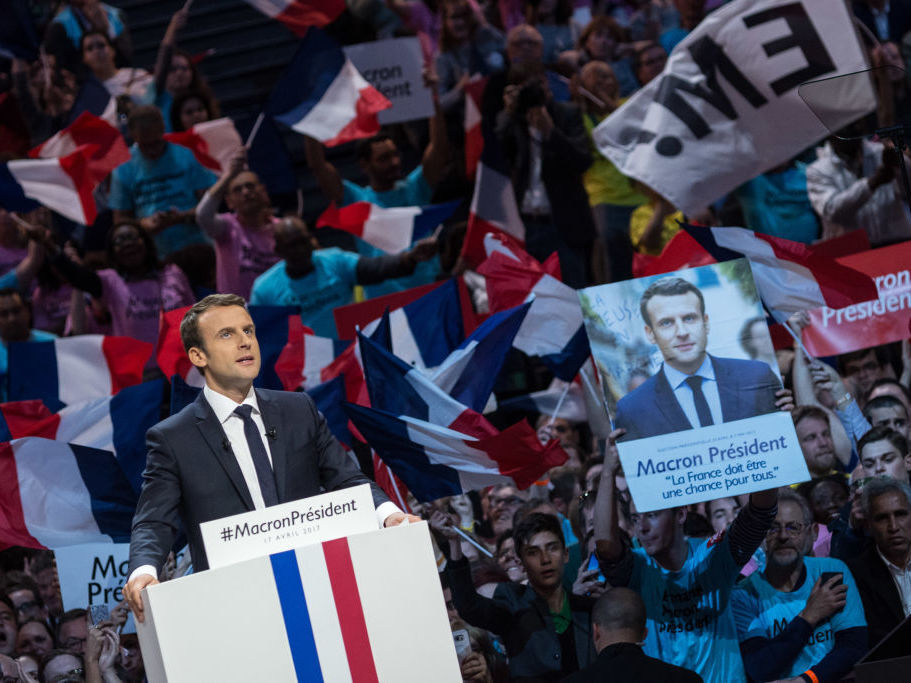 This weekend, voters in France head to the polls in the first round of the presidential election.

One of the leading contenders is political newcomer Emmanuel Macron.

His supporters are using an American tactic, unfamiliar to French voters. The French rarely knock on their neighbors' doors. So, asking a stranger to talk politics during election season is something new.

Christelle Dernon, 25, has decided to step out of her comfort zone for Macron, her presidential pick.

"It's not normal," she says." People are quite surprised that we just knock on their doors to talk about politics. They're not used to that."

Dernon makes her way into a social housing complex in the 18th district of Paris, a working-class neighborhood. People there used to vote socialist, but this year many say they are undecided — which makes them a prime target for Macron's volunteers.

She knocks on a door. The woman who answers says her husband is a taxi driver who has lost 30 percent of his business to Uber. Macron supports the ride share service, but the woman is open to persuasion. Dernon explains the candidate's policy to create more jobs and leaves a brochure.

Another house call results in a heated ten-minute debate.

Dernon says it's the undecided voters that excite her the most.

"Because the guy was unsure about his vote ... just for having us and discussing with us, he was convinced in the end," she says. "In the end, he will help us relay the program to his friends and family."

By the end of the day, Dernon and other volunteers in the 18th arrondissement knocked on more than 1,900 doors and spoke to nearly 600 people.

Knocking on doors is a tactic that was used by another politician who, like Macron, was an inexperienced newcomer when he first appeared on the scene. His name was Barack Obama.

"What we've seen in all the political studies, going door-to-door, having an exchange face-to-face, it raises the chance of persuading someone to vote by eight-to-ten times," says Lex Paulson, an American who worked on Obama's 2008 campaign. Paulson now teaches political science in Paris and is an unpaid adviser to Macron.

Paulson says he's hearing the same frustrations from French voters that he heard when he worked for Obama.

"I feel the stakes are exactly the same here, and even more urgent now that America has gone the direction it has gone," Paulson says. "I think this is the most important campaign in the world right now."

If Macron does make it to the second round, he's likely to meet the extreme right candidate Marine Le Pen in the runoff. He's hoping the new tactic of talking to voters on their doorsteps will help him win enough national support to defeat Le Pen and become the next president of France.