Accessibility links
President Trump's First Foreign Trip Will Include Red-Carpet Welcome In Saudi Arabia : Parallels Given the president's campaign rhetoric, Saudi Arabia seems an odd choice for his first foreign visit. But the kingdom plans a warm welcome and has invited leaders from many other Muslim countries. 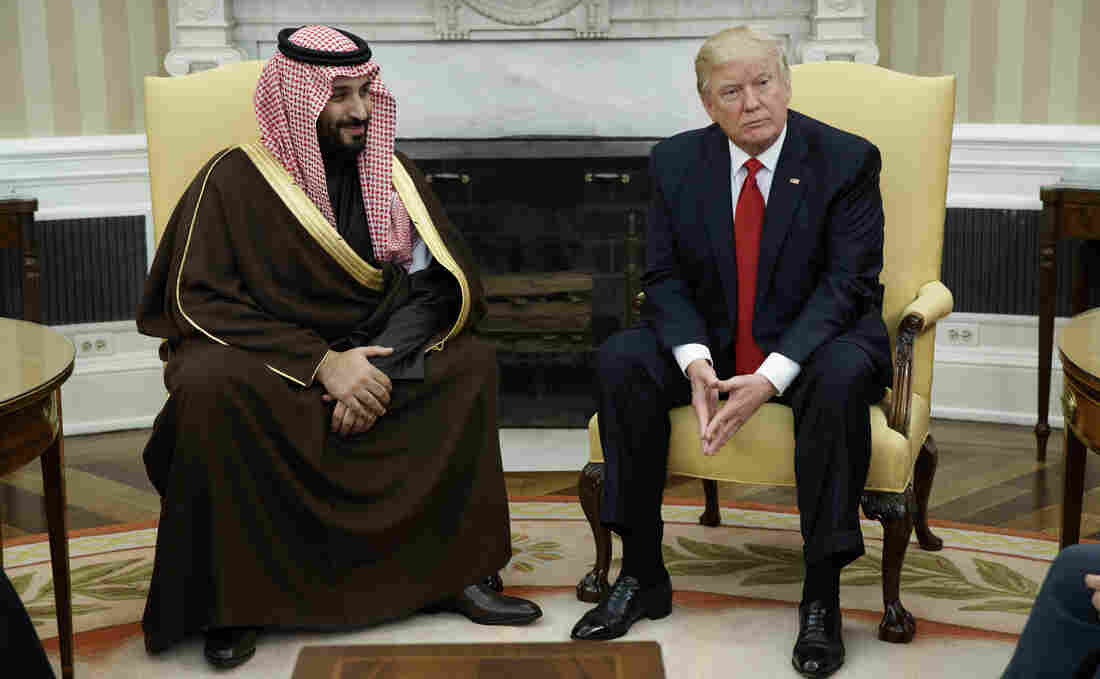 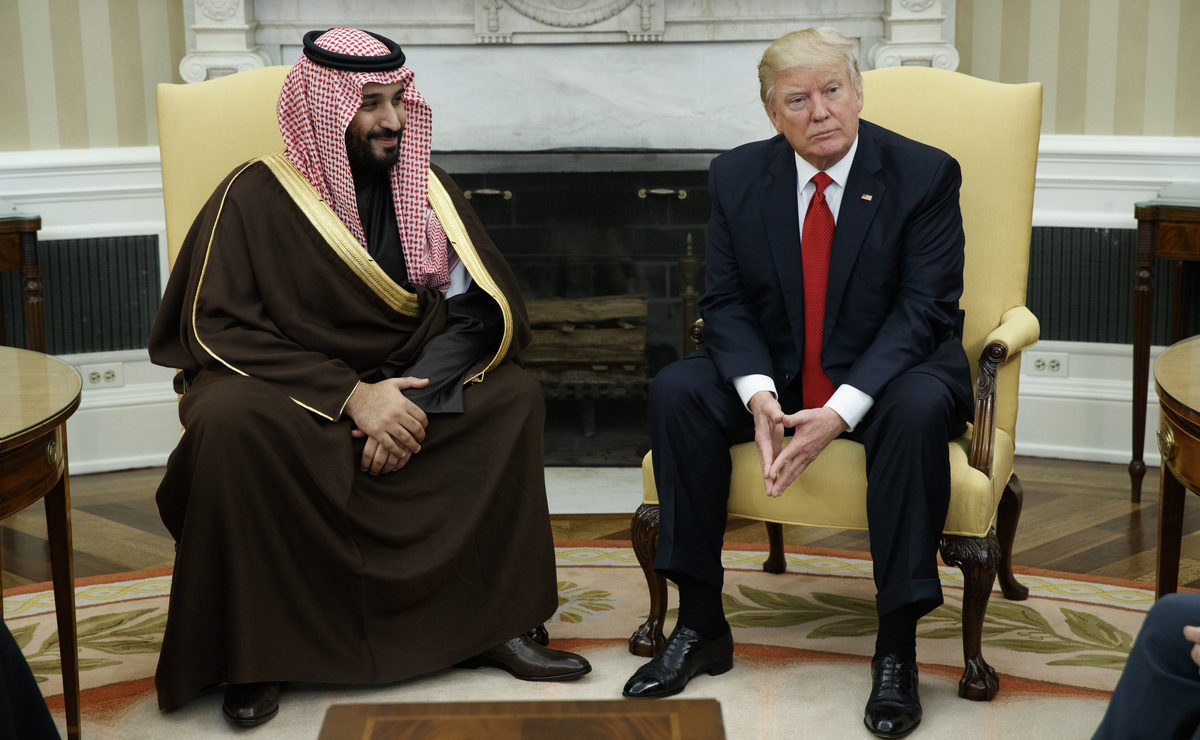 In his first foreign trip as president, Donald Trump will be traveling to a Muslim country on Friday. Not just any Muslim state, but the one with the holiest shrines in Islam.

Saudi Arabia is a place that candidate Trump loved to bash during his campaign.

As president, Trump may well find there's a lot he likes about the kingdom. In promoting the trip earlier this month, he said his visit to the capital, Riyadh, is where "we will begin to construct a new foundation of cooperation and support with our Muslim allies to combat extremism, terrorism and violence." 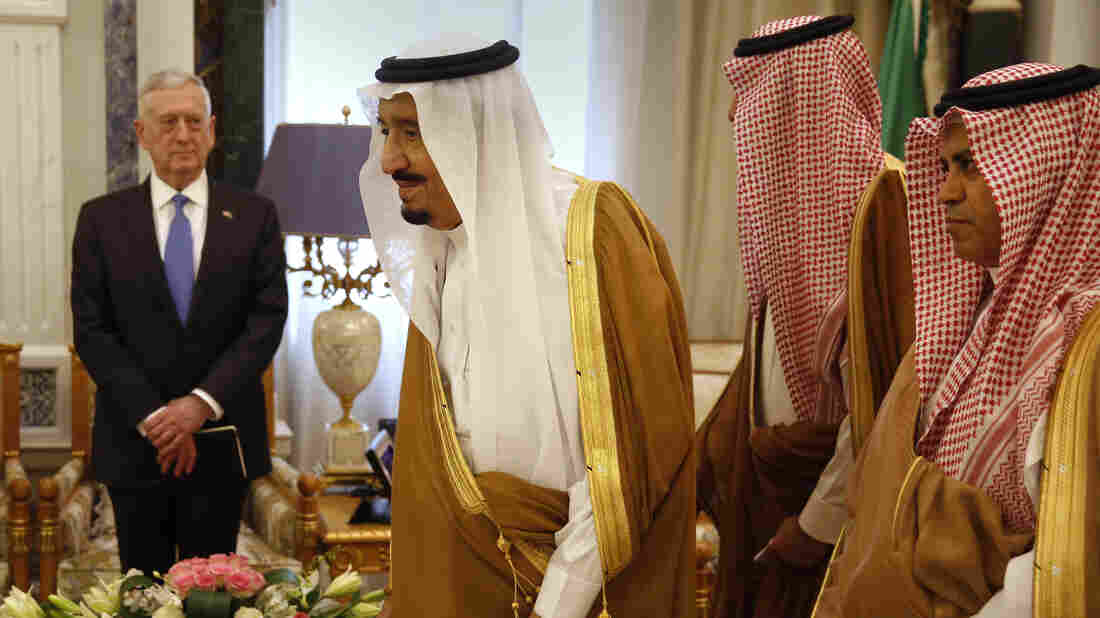 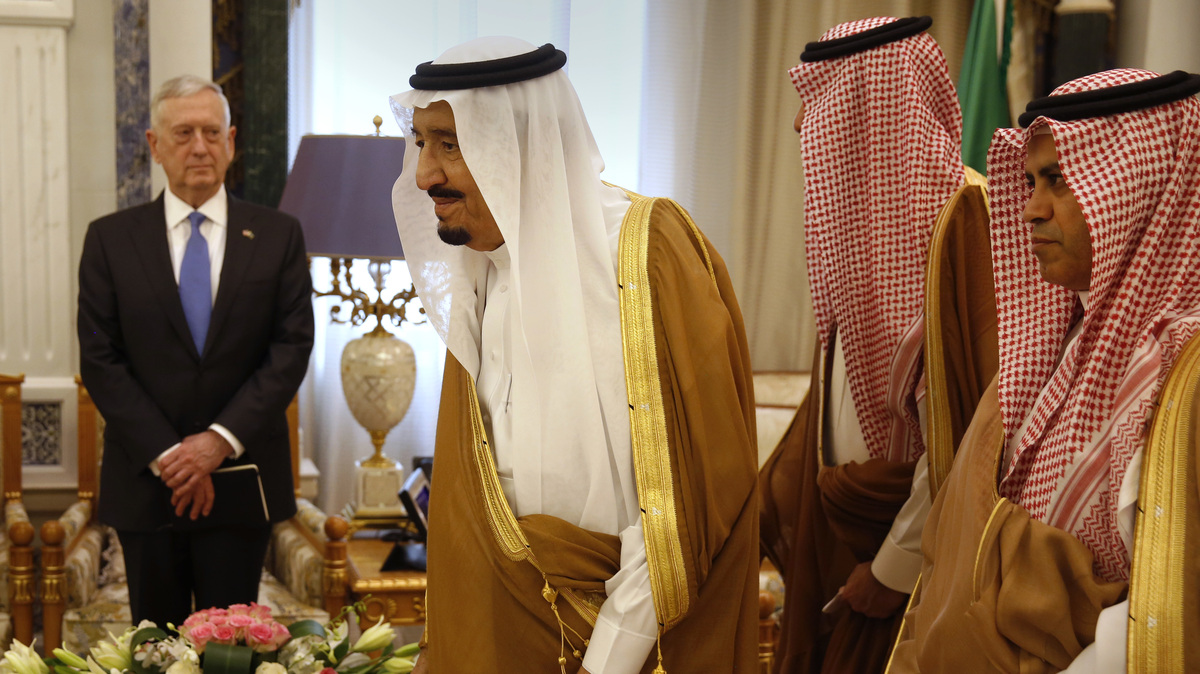 Trump and the Saudis both have compelling reasons to make this relationship work.

The president wants to show he can get along with leading Muslim countries after his frequent attacks that have earned him critics across the Islamic world. And he can expect a warm welcome in the kingdom, with perhaps a brief reprieve from political troubles at home.

The Saudis, meanwhile, felt they were downgraded under President Obama, who reached out to their main rival, Iran. They now see a golden opportunity to rebuild ties with their most important ally.

"The Saudis are rolling out the red carpet for President Trump," said Saudi analyst Gregory Gause, a professor at Texas A & M University, where he's head of the international affairs department at the Bush School of Government.

He notes that the Saudis have also invited dozens of leaders from other Islamic countries, giving the president the chance to reset relations.

"They are certainly not deterred by some of the anti-Muslim rhetoric that we heard on the campaign trail," Gause said. "They want this to be, I think, an occasion to move the president away from some of those thoughts, not by criticism, but by kind of embracing him."

The president's nine-day trip includes a strong religious theme, where he will have to deal with many sensitive political and cultural issues.

After the visit to Saudi Arabia, he travels to Israel, where he plans to go to the Western Wall in Jerusalem, the holiest site for prayer in Judaism. Then he'll go on to Italy, where he'll have an audience with Pope Francis at the Vatican. Trump will also stop at NATO headquarters in Brussels and attend a G7 summit in Italy.

Trump and Saudi Arabia's King Salman agree on many fundamental issues. Both see Iran as the main cause of trouble in the Middle East. Both support an aggressive war against the Islamic State and al-Qaida.

They may even raise a few uncomfortable truths with one another.

"I think the Saudis can have a hard talk with the administration about the need to avoid gratuitously insulting and alienating the Muslim world," said Gause.

The Saudi ambassador to the United Nations, Abdallah Al-Mouallimi, said Trump's decision to make his first foreign visit in the kingdom is significant.

To top it off, the Saudis appear on the verge of a massive spending spree in the U.S. Analysts expect deals in the tens of billions of dollars. This is in addition to nearly $100 billion of U.S. military hardware that the Saudis have already agreed to buy.

Ford Fraker, a former U.S. ambassador to Saudi Arabia, helped arrange two presidential visits to the kingdom by George W. Bush. He says it's hard to overstate the importance of chemistry — or the lack of it — between a U.S. president and a Saudi king.

"It's a terrific opportunity to forge personal relationships with senior members of the royal family, which, in many ways, is almost more important than trying to deal with specific policy issues," Fraker said.

He said Obama never got on track after a rocky start with the Saudis.

"By all reports, that first visit was not as warm and as friendly as it might have been, and it tended to set the tone for the rest of the administration," Fraker said.

No matter how well Trump and King Salman hit it off, they can't fix everything in a weekend. The Saudis, with American backing, are waging a war in Yemen that's going poorly. Trump and the monarch may blame Iran for regional problems, but they don't have a clear plan to counter that.

Still, Trump should be able to count on a new experience as president — a friendly welcome in a Muslim land.