Accessibility links
'We Can Use Peace,' President Trump Says After Exchanging Gifts With Pope : Parallels The president made the remark after the pope presented him with a medallion featuring an olive branch. "I give this to you so that you can be an instrument of peace," the pope told him.

'We Can Use Peace,' President Trump Says After Exchanging Gifts With Pope

'We Can Use Peace,' President Trump Says After Exchanging Gifts With Pope 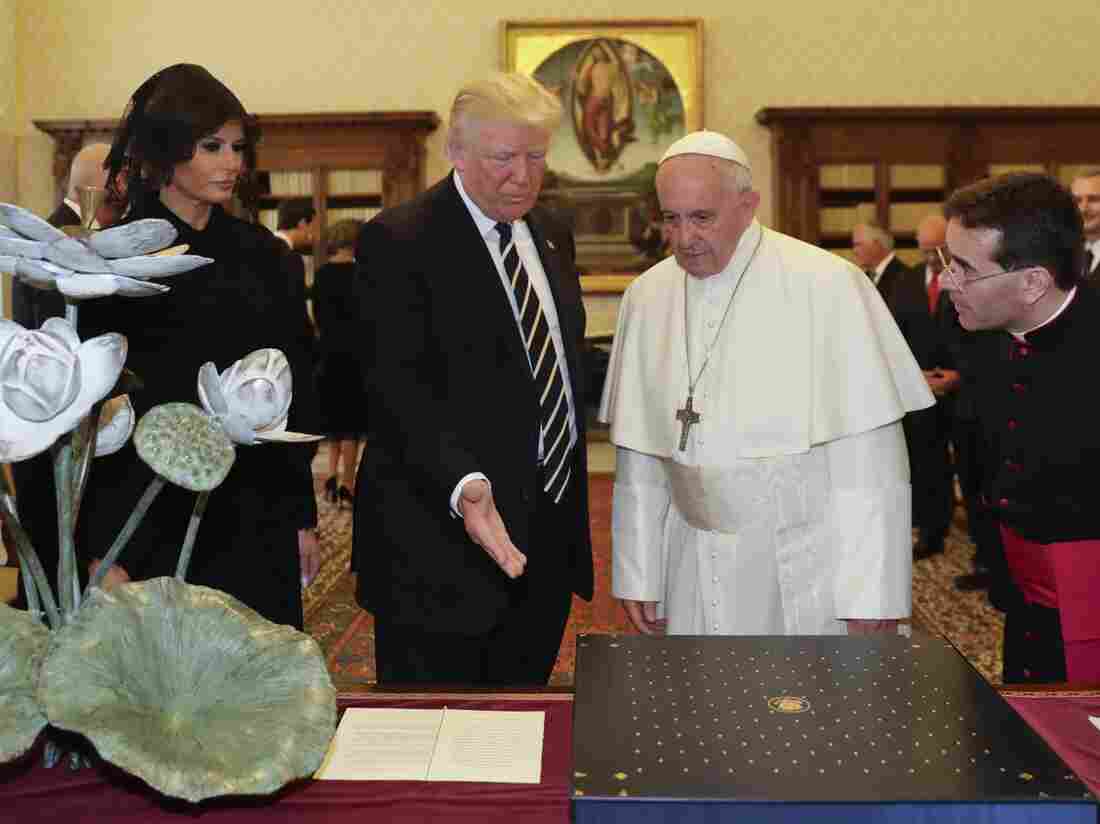 Pope Francis exchanges gifts with President Trump and his wife, Melania, at the Vatican on Wednesday. Alessandra Tarantino/AP hide caption 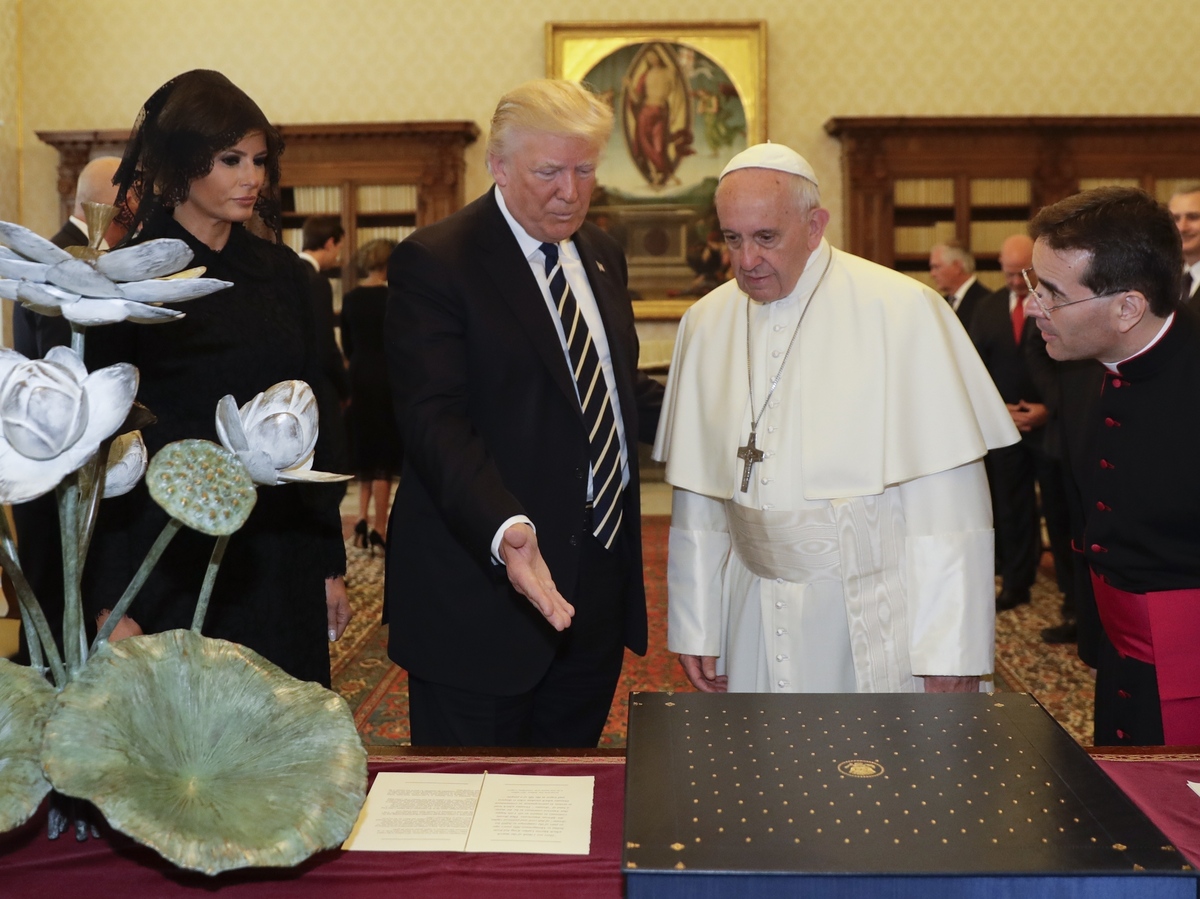 Pope Francis exchanges gifts with President Trump and his wife, Melania, at the Vatican on Wednesday.

During papal audiences with heads of state, the exchange of gifts comes after the private encounter and at the end of the event. It offers the press a chance to witness the body language of the two leaders and listen in as they explain their gifts.

It also offers a glimpse of what the two leaders think of each other.

For example, Pope Francis gave President Trump a large medallion depicting an olive branch as a symbol of peace.

The pope said, "I give this to you so that you can be an instrument of peace."

The president replied, "We can use peace."

Francis, who has made humility his hallmark, does not like flamboyant gifts, preferring those that are simple or creative. He appreciated President Barack Obama's 2014 gift of seeds from the White House garden that were later planted at the summer papal retreat at Castelgandolfo.

Past U.S. presidential gifts to popes have included a 19th century map — from Bill Clinton to Pope John Paul II — and a Steuben glass vase, given to the same pope by Ronald Reagan. Lyndon B. Johnson gave Pope Paul VI an autographed photo and a bust of himself.

Today, Trump presented the pontiff with a large, boxed collection of Martin Luther King Jr.'s writings — five custom-bound books the U.S. civil rights leader wrote during his lifetime: Stride Toward Freedom (1958), The Measure of a Man (1959), The Strength to Love (1963), Why We Can't Wait (1964) and Where Do We Go from Here: Chaos or Community? (1967).

Trump also presented the pope with a small piece of granite from the Martin Luther King Jr. memorial in Washington, D.C., and a bronze sculpture titled Rising Above, by the American sculptor Geoffrey Smith, representing "hope for a peaceful tomorrow," according to the White House.

In addition to his own gift of peace, the medallion, the pope also gave the president the three documents he has written that he usually gives to visiting chiefs of state — Amoris Laetitia, Evangelii Gaudium and Laudato Si'.

The last one reflects Francis' intense denunciation of the damage caused by humans through climate change — a topic on which Trump has a very different view. Francis described the document to Trump as "on the care of our common home, the environment."

Thanking the pope for the documents, the president said, "Well, I'll be reading them."