Accessibility links
China's Government Tightens Its Grip On Golf, Shuts Down Courses : Parallels China has had a complicated history with golf. At one time, the country seemed golf crazy, but it became synonymous with corrupt officials. Once again it is in the crosshairs of China's government. 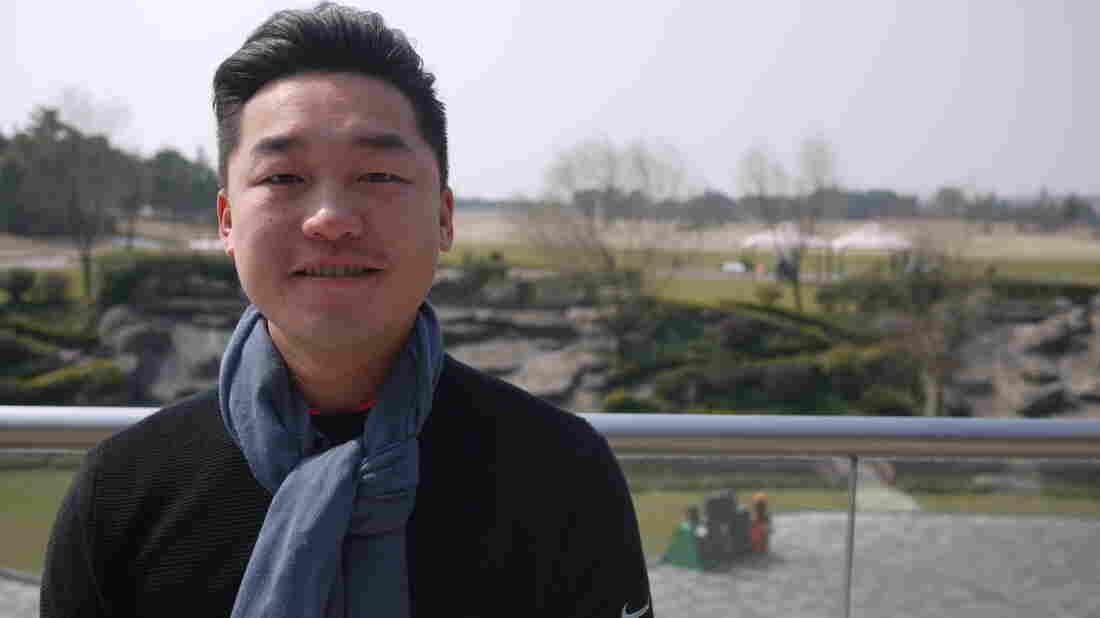 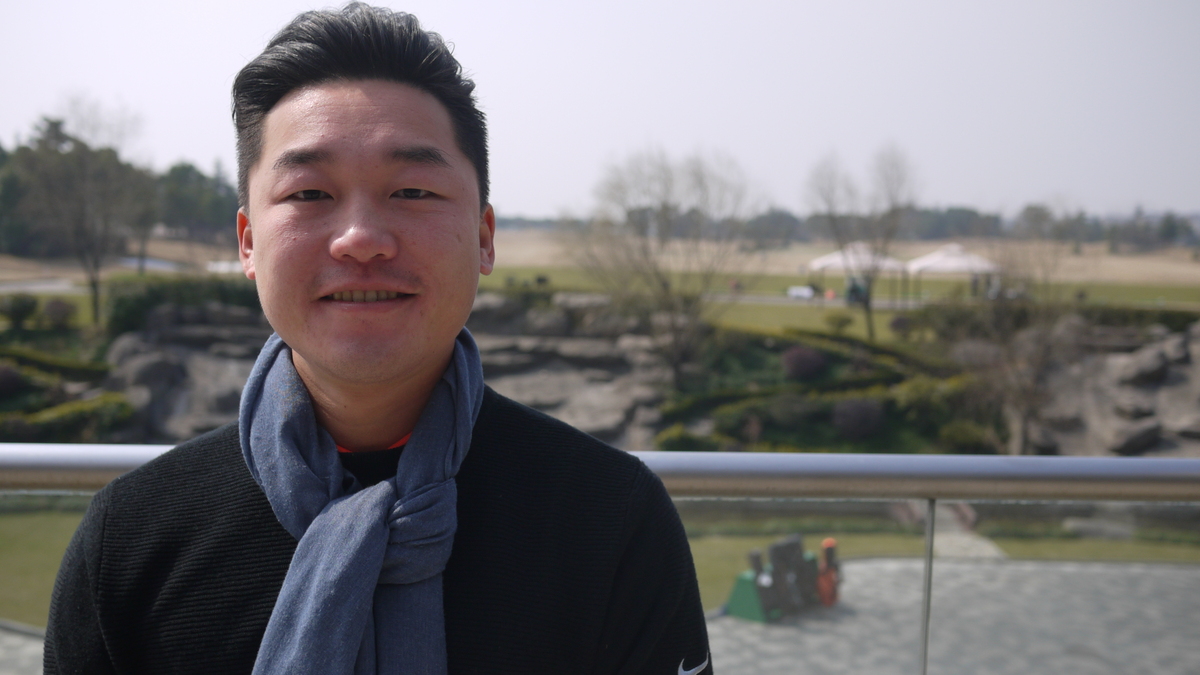 Ozzie Ling, manager of Shanghai's Yingyi Golf Club, says government inspection squads will sometimes visit his club, looking for wayward government officials who might be guests of the club.

Thirty years after Chinese Communist Party Chairman Mao Zedong labeled golf a sport for the bourgeois and banned it from his worker's paradise, his successor gave the sport another try.

It was January 1979, and President Jimmy Carter welcomed Chinese leader Deng Xiaoping on a historic trip to the United States. Deng came seeking U.S. help to open China's economy, which had been ravaged by decades of Mao's violent political campaigns. But if American executives were to invest in China, they would need to travel there. And if they were to travel there, they would need a golf course. 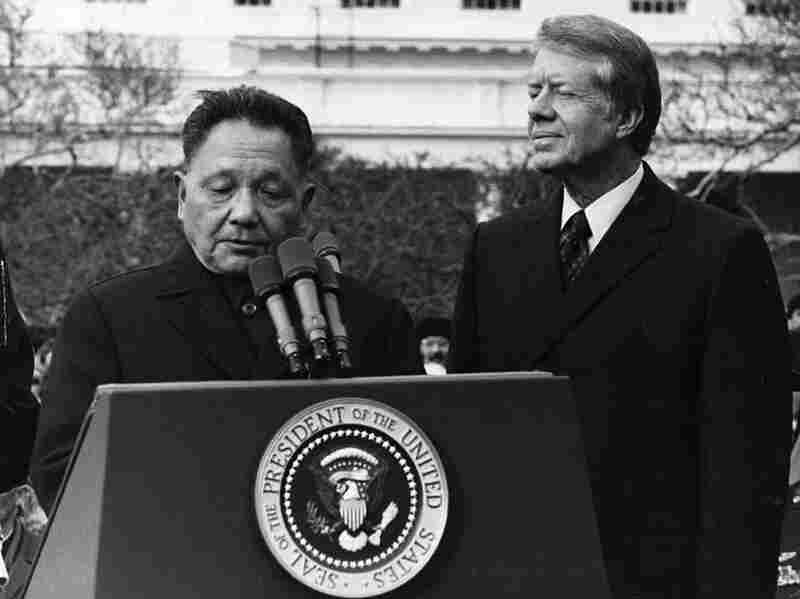 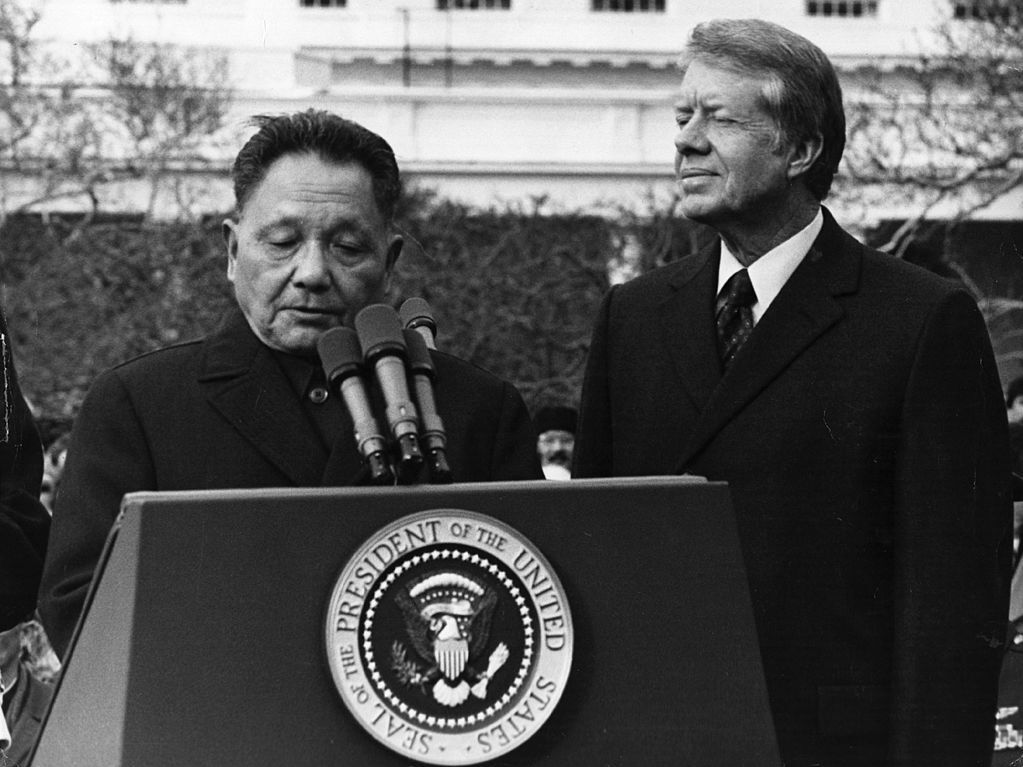 In 1979, Chinese leader Deng Xiaoping came to the U.S. seeking assistance from President Carter to help open China's economy. For U.S. executives to invest in China they'd want a golf course there.

At a stop in Seattle, President Carter introduced Deng to Robert Trent Jones Jr., the world's top golf course architect. "He brightened up and said, 'I like sports!' " remembers Jones of his meeting with the Chinese leader. "He said, 'What is golf?' And I said, 'It's a small ball hit over a big field into a hole, and people gamble about it and they buy each other drinks.' He said, 'Oh perfect, the Chinese will love it!' "

Together, Jones worked with China's leadership to build China's first golf course in the communist era, the Shanghai Country Club on the outskirts of the city. His first visit to China in 1983 with Prescott Bush, President George H.W. Bush's brother, wasn't enough to convince Chinese leaders they should rush into constructing a golf course, though. Jones says after years of delays, China's leaders finally called him just two weeks after the bloody crackdown on protesters in Tiananmen Square in June of 1989. He told his Chinese point man, "I need security for my men under the circumstances, and I need to move 300,000 cubic meters of earth to create the golf course."

His Chinese contact in Beijing was confused. He asked Jones what, exactly, he needed. "I said, 'I need a bulldozer,' " remembers Jones. "He went silent for a while. When I arrived, they were literally moving the earth by hand. Someone would take a shovel and they would shovel it into a sort of satchel and they would carry it. And they had a camp of maybe 20,000 people in and around the site."

The Chinese, remembers Jones, had a bulldozer, but it was a Japanese knockoff and it was missing an engine.

The construction of the Shanghai Country Club was a milestone in China's complicated history with golf, a sign the sport was about to be reincarnated by Deng, 30 years after it was declared a sport of the rich.

But now the pendulum has swung back, and golf is again in the crosshairs of China's Communist Party.

By 2004, many of China's hundreds of golf courses were found to be built on valuable farmland through corrupt land deals; others were using too much water in parched areas of the country. Most golf clubs were private, exclusive to businessmen who often invited local government officials. As a result, the government has shut down 111 courses — a fifth of all golf courses in China — and it's banned construction of new courses.

Party officials in the southern province of Guangdong are now forbidden from playing during working hours. Ozzie Ling, manager of Shanghai's Yingyi Golf Club, says government inspection squads now show up to his club unannounced, looking for wayward officials. "So they'll come check on you," Ling says from his office overlooking the private club's course. "They'll say, 'On this day, was this person was here?' They actually look through your computers. Then they start checking day by day, how much he spends, who is playing with, all that." 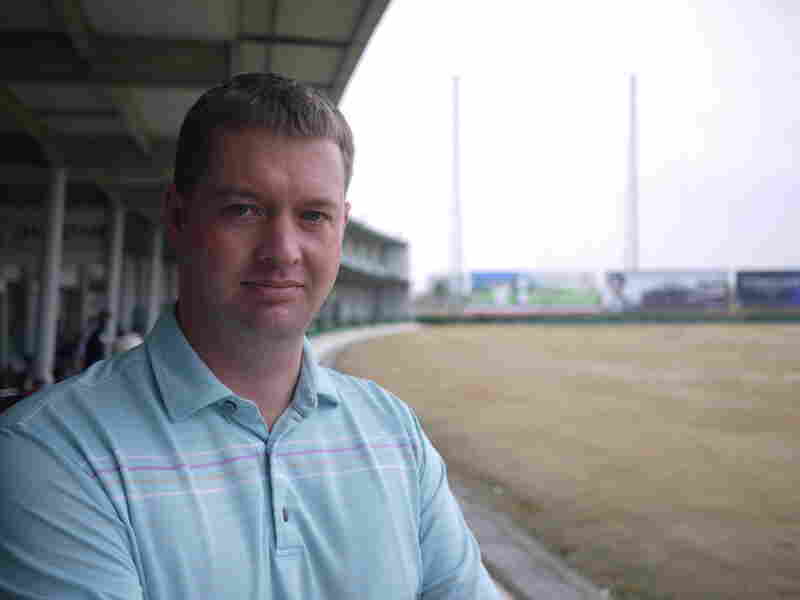 Gareth Winslow is head coach at Shanghai's Junior Golf Academy. He is the former coach of China's national women's team. He says promoting golf in the current political environment can be tricky. Rob Schmitz/NPR hide caption 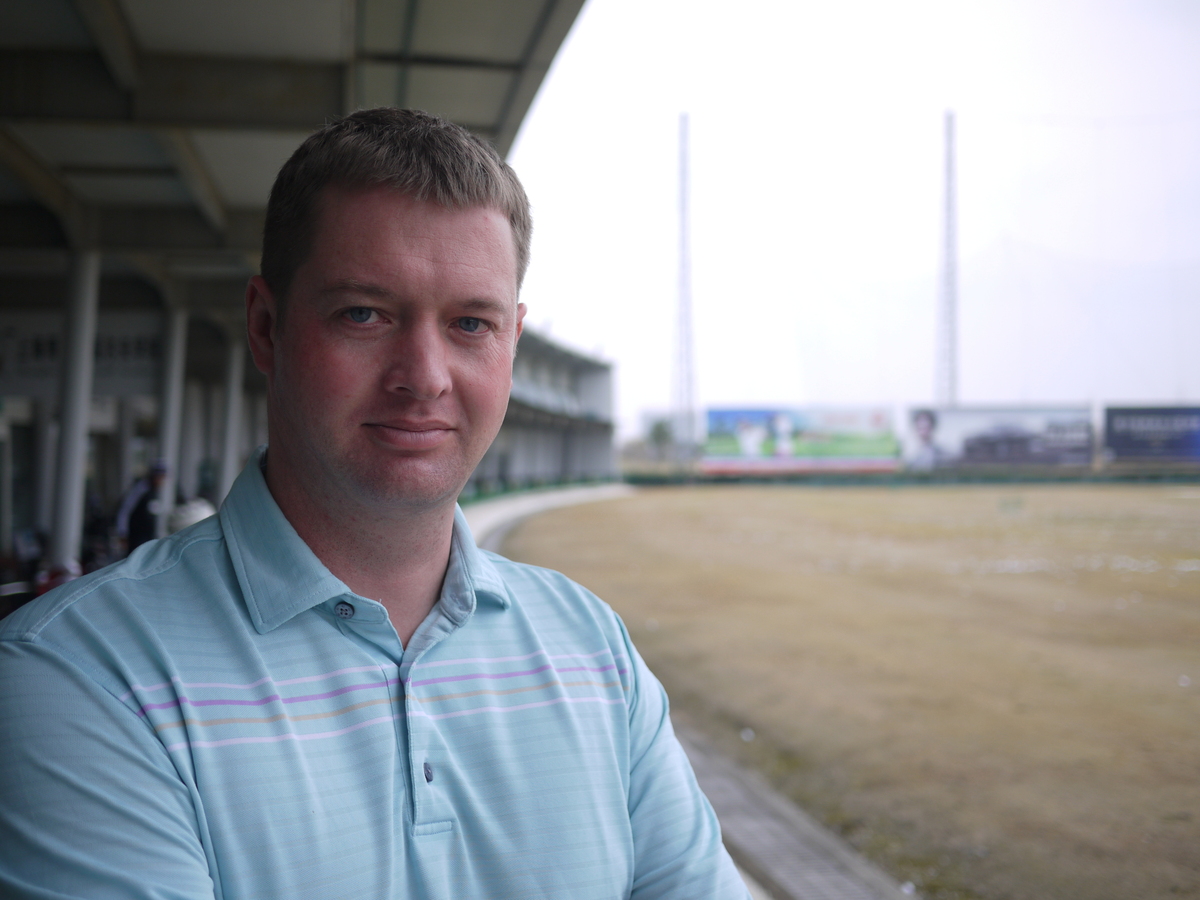 Gareth Winslow is head coach at Shanghai's Junior Golf Academy. He is the former coach of China's national women's team. He says promoting golf in the current political environment can be tricky.

The new norm is a challenge for the survivors of China's golf industry.

"You have a golf academy, you have a pro shop, a golf course, whatever it is. You want to promote it, do some marketing. But at the same time, you want to stay under the radar and not promote the fact that you're in the golf industry. So it's very challenging," says Winslow.

And even Shanghai's first golf course of the modern era — the Shanghai Country Club that had its beginnings with President Carter and Deng Xiaoping — hasn't been immune to the party's war on golf. China's government shut it down last year for being too close to a water reservoir.

Architect Robert Trent Jones Jr. takes the closure of his first Chinese golf course in stride. He's been designing courses for decades and he's seen everything, including another communist government fearful of the sport's reputation.

"When we were working in the Soviet Union, Alistair Cooke came to our aid when he pointed out to the people who were reviewing the fact that golf was a British rich man's game, and he said, 'Well did you know that both Karl Marx and Adam Smith both played golf?' " Jones remembers the iconic British journalist telling him and his Soviet partners. " 'When Karl Marx wrote Das Kapital in London, he'd go out in Hyde Park and go have a hit! We're not sure about Adam Smith, but he was a Scot, so he must have.' Once we explained that to the Russians, the ideological drape fell down and we moved forward."

And if the image of the founder of communism out on the links isn't enough to convince the leader of China's Communist Party to reverse his direction on golf, perhaps the rise of Chinese golfers will. Feng Shanshan, one of the best women players in the world, won a bronze medal for China at the Rio Olympic Games, leading the way for other young Chinese golfers; golfers who are playing not because they want to complete a business deal, but because, in the words of Robert Trent Jones Jr. to former Chinese leader Deng Xiaoping back in 1979, they enjoy "hitting a small ball over a big field into a hole."