Accessibility links
How Hong Kong's Banks Turned Chinese : Parallels As China celebrates the 20th anniversary of Great Britain's handover of Hong Kong to Chinese control, it can celebrate another type of takeover: the city's financial sector. 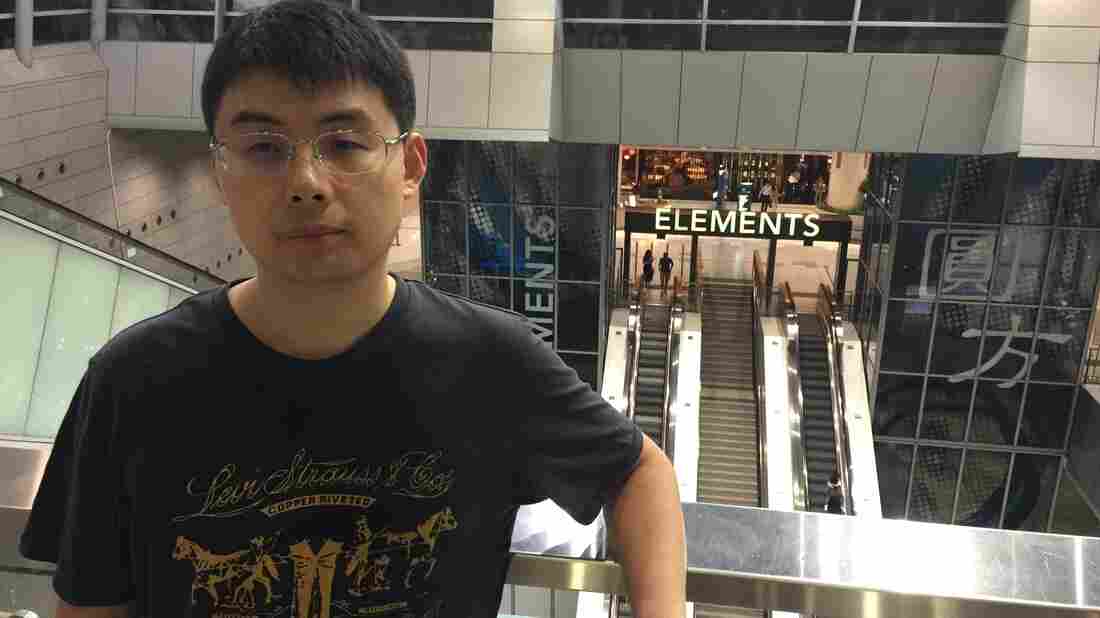 Weiqi Zhu, an equity derivatives trader in Hong Kong, is one of an increasing number of financial sector employees from mainland China who are dominating the city's banking sector. Rob Schmitz/NPR hide caption 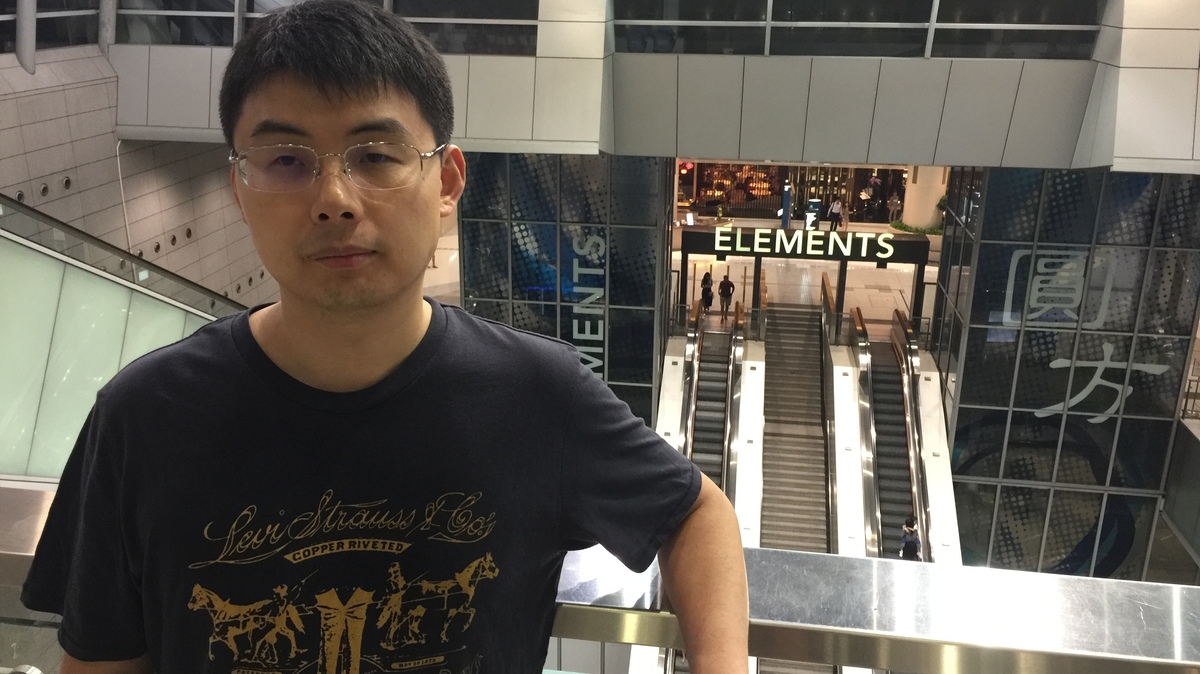 Weiqi Zhu, an equity derivatives trader in Hong Kong, is one of an increasing number of financial sector employees from mainland China who are dominating the city's banking sector.

Each morning, a white-shirted army of bankers fills the crosswalks of Hong Kong, stopping and starting in unison to the ubiquitous chirping of the city's crosswalk signals, a sound eerily reminiscent of a Las Vegas slot machine room. Twenty years ago, the traders and account managers crossing these streets were mostly expatriates and local Hong Kongers, and when they arrived to the office, much of their business was done in English.

That's changed. "Actually, Hong Kong is shifting its role from Asia financial center to supporting the growth of China now," says William Hon, a trader for Liquidnet, a U.S. equity broker. Hon was born and grew up in Hong Kong, but at the office, he's finding more and more of his colleagues hail from mainland China. 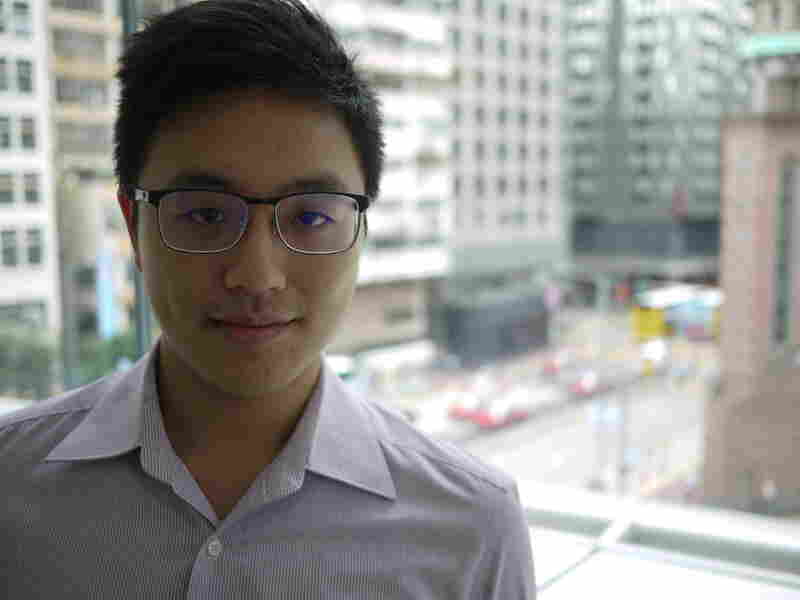 William Hon of Liquidnet was born and raised in Hong Kong. He says he's working on improving his Mandarin skills to compete with a flood of mainland Chinese bankers with overseas degrees. Rob Schmitz/NPR hide caption 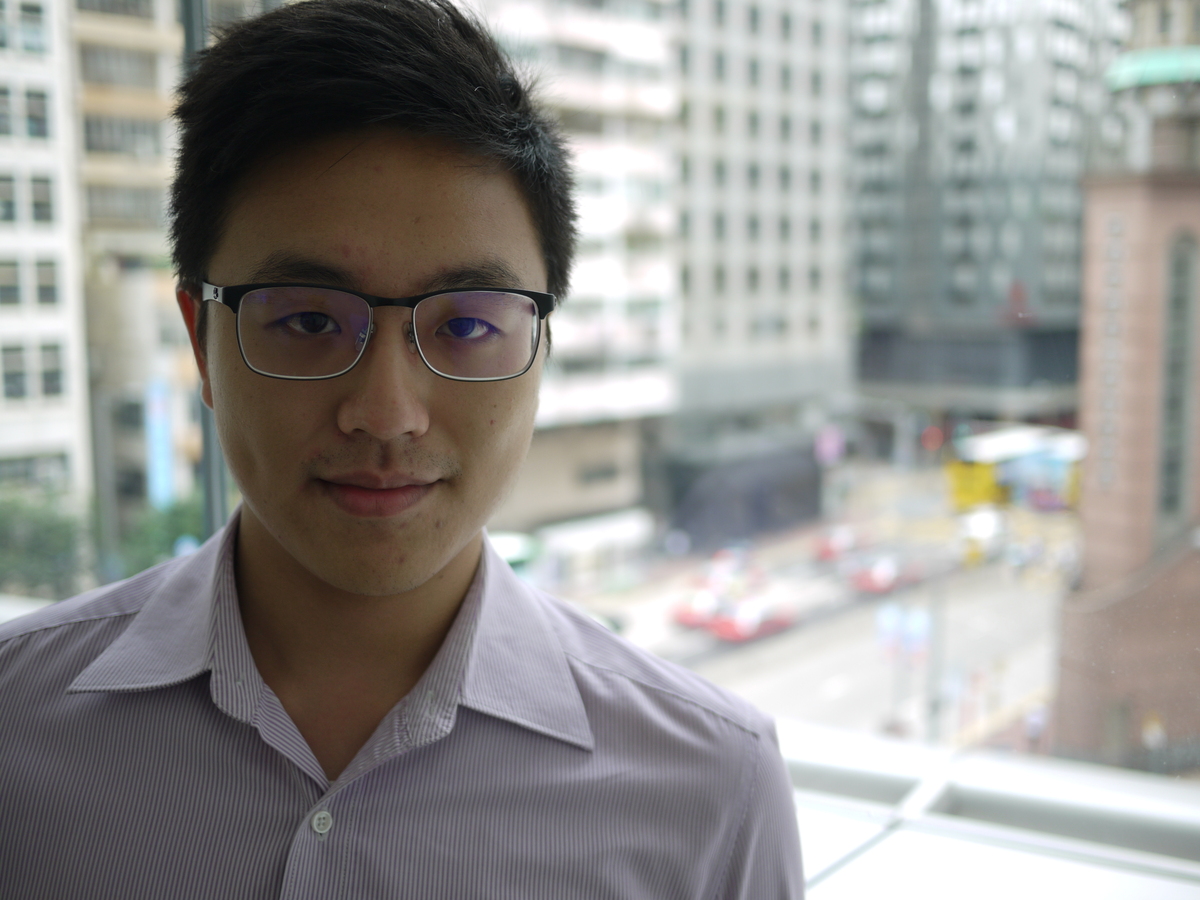 William Hon of Liquidnet was born and raised in Hong Kong. He says he's working on improving his Mandarin skills to compete with a flood of mainland Chinese bankers with overseas degrees.

"More and more Chinese companies would like to list on the Hong Kong exchange, so they are all in China, and they're talking Mandarin," Hon says. "So they need more fluent Mandarin speakers in Hong Kong, or they hire people from China to work in Hong Kong so that they can communicate and talk effectively."

And that means a sea change is underway for the job prospects of young Hong Kongers. "It used to be that you got out of college in Hong Kong, you were an invaluable resource because you had some sort of Mandarin skills, you spoke English and you were trained in finance, and you had no competition," says Andrew Collier, managing director of Orient Capital, and author of Shadow Banking and the Rise of Capitalism in China.

Now, says Collier, a Hong Kong native is facing competition from even better-trained and harder-working mainland Chinese candidates. "A lot of them are moving from one province, where they went to get their undergraduate degree, they may have gotten to graduate school or even university in another place like Beijing and Shanghai, thousands of miles away," Collier explains. "And then if they speak English, they would've been trained, schooled or worked in London, or New York, or Chicago or someplace like that. So by the time they come to Hong Kong, they're very, very sophisticated about how the world works."

Zhu remembers 20 years ago whenever Hong Kongers visited his hometown, he and his friends saw them as gods. Now, here on the trading floor in Hong Kong, he says, they're focused on serving clients. That's one of the reasons, Orient Capital's Collier says, why thousands of protesters filled the city's financial district in 2014, paralyzing the city for months. Though protesters were calling for political rights, Collier says the Occupy Central protests were just as much about economic rights.

"The people doing Occupy didn't explicitly say it was the economic issues. But if you talk to them, they are definitely feeling threatened economically. And I think if their attitude is 'if we're not friends, we don't have the vote, and we don't have access to the economic system the way we used to, then we have nothing to lose.' "

But that's not the attitude of William Hon, the trader who grew up in Hong Kong. He's focused on improving his Mandarin. "In the future, I can see more and more Chinese clients are coming over to us or to other banks," Hon says. "So I have to adapt to this, so improving Mandarin, adapt to Chinese culture, you know, to talk to them and get more business."

Hon says he'll never change his political beliefs, but when it comes to business, if you can't beat 'em, join 'em.