Accessibility links
In Rwanda, July 4 Isn't Independence Day — It's Liberation Day : Parallels It's a national holiday commemorating the day in 1994 when the killing stopped, marking the end of a 100-day genocide that left nearly a million Rwandans dead. 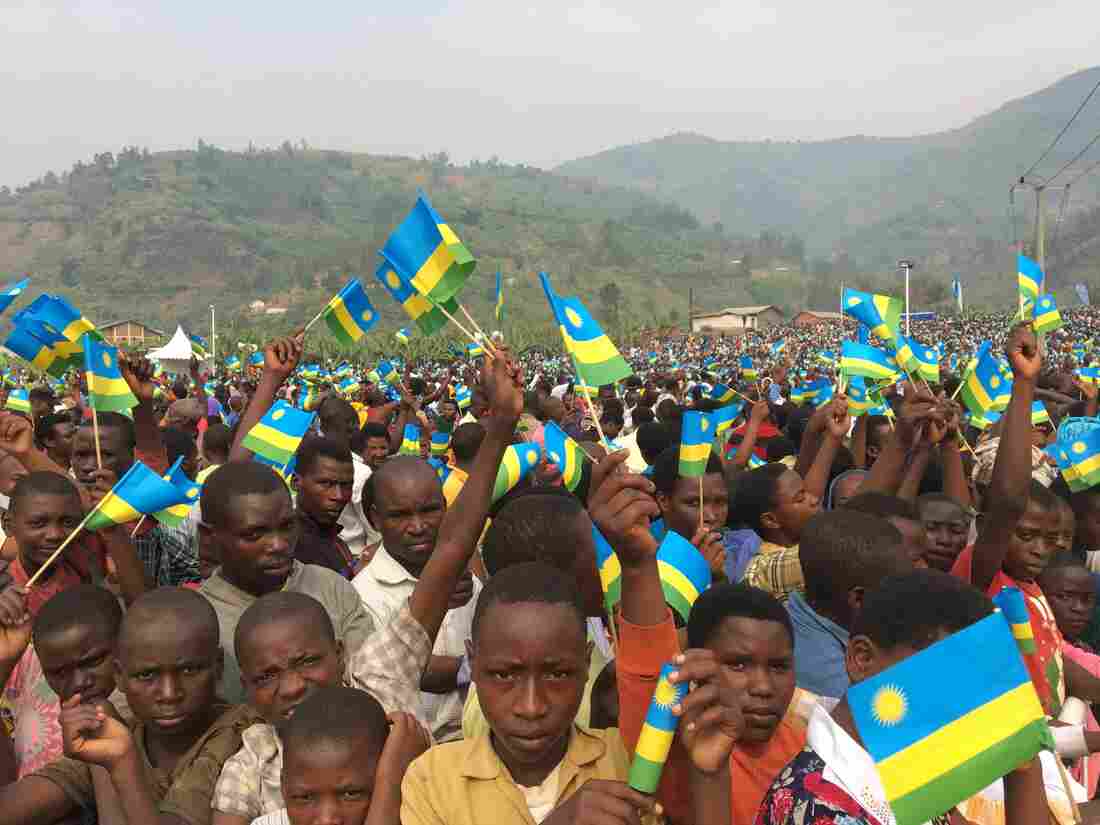 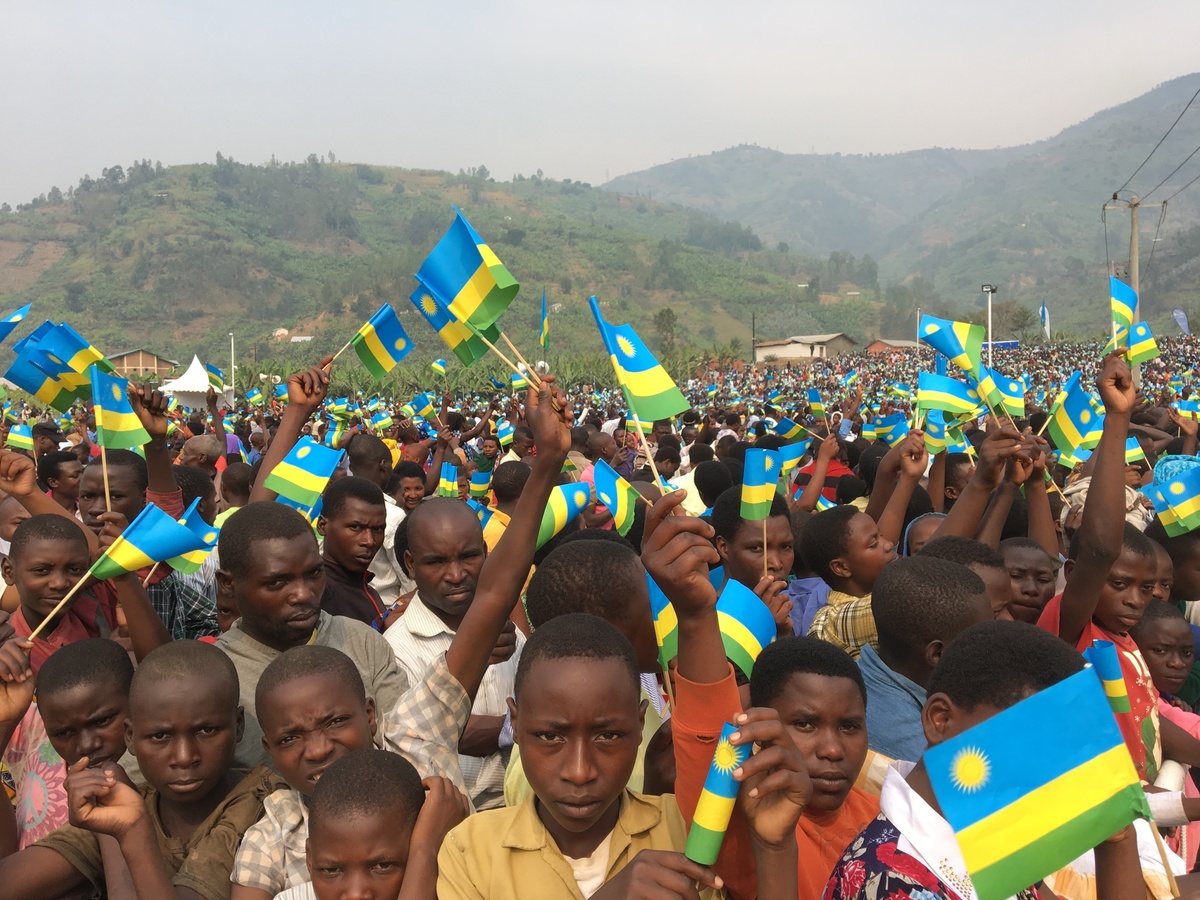 Thousands gather to celebrate Liberation Day in Shyira, Rwanda. Twenty-three years ago, a rebel army led by Paul Kagame, now the president, marched into Kigali to end a genocide against the Tutsi minority.

Shyira is a picture-perfect Rwandan village, surrounded by luscious green mountains. No matter where you look, even at the tip of some of the highest mountains and along the precipice of the most dangerous slopes, there are houses.

On July 4, while Americans celebrate their independence, Rwandans are celebrating Liberation Day — commemorating the day in 1994 when rebel troops marched into the capital Kigali and ended a genocide against the country's Tutsi minority.

On Tuesday, even before the morning fog dissipated, Rwandans began arriving in Shyira on foot, by motorcycle, hitchhiking. Some of the men wore suits; the women wore their most beautiful kitenge.

This year, President Paul Kagame — who'd led the troops into the capital 23 years ago — brought his whole entourage to this village northwest of Kigali, where the government has built a hospital and brick-and-mortar homes with bathrooms and showers for the poorest residents.

So everyone came down from the hills and neighboring villages to witness the spectacle. And it was impressive: The government built a stage, and some of Rwanda's biggest stars — including the pop singer King James — performed their hits. Children danced, women sang and everyone waved paper Rwandan flags.

In a lot of ways, it was like America's 4th of July celebrations — a day when people don't go to work and for a few hours, they celebrate their country. 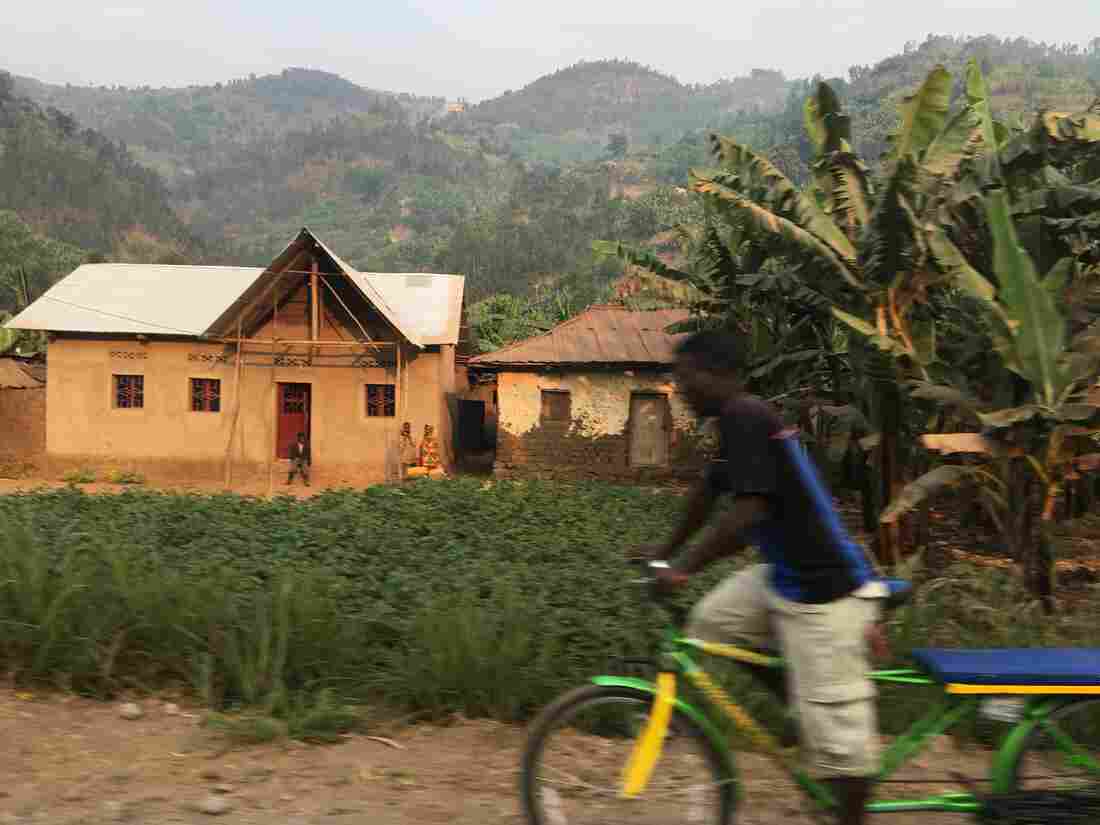 Rwandans came down from the hills and neighboring villages to celebrate Liberation Day in Shyira. Eyder Peralta/NPR hide caption 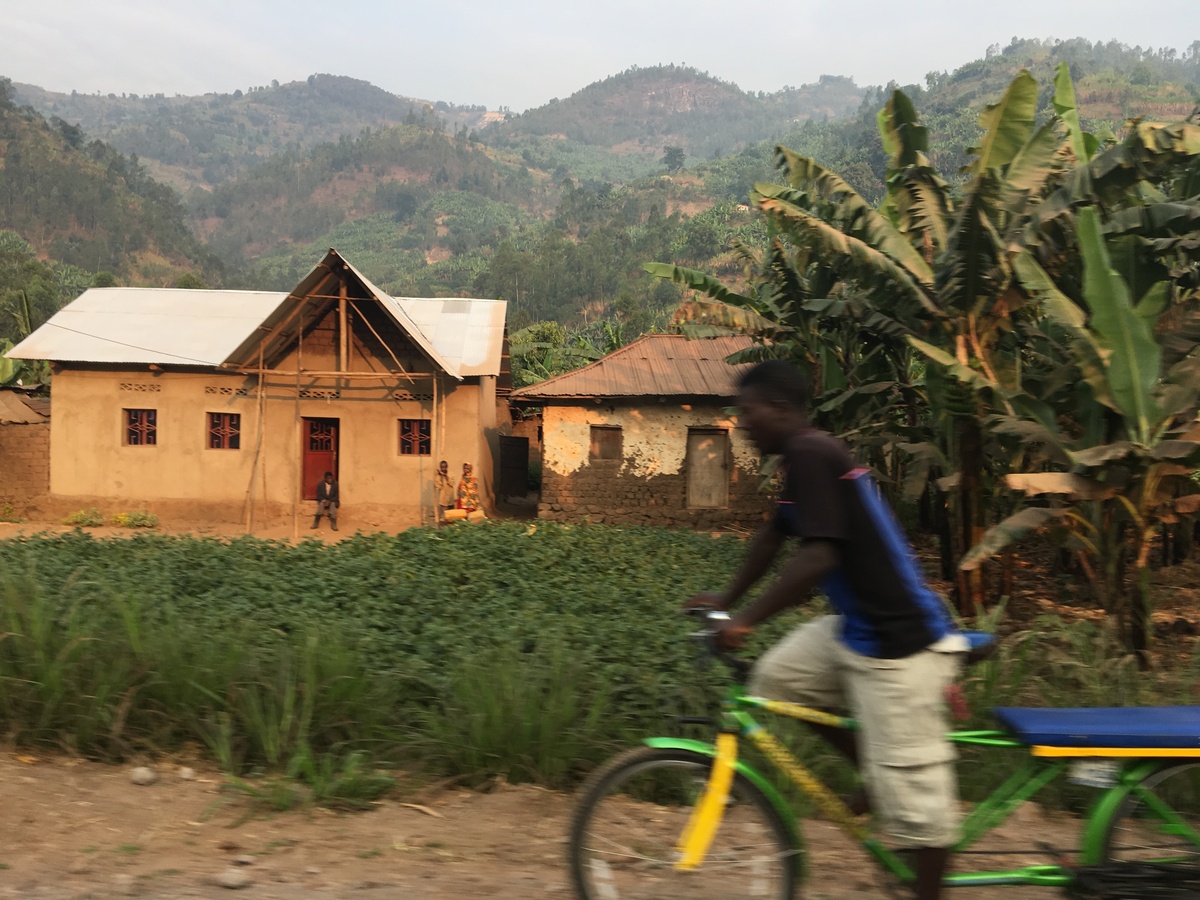 Rwandans came down from the hills and neighboring villages to celebrate Liberation Day in Shyira.

But unlike in the United States, this is a holiday preceded by weeks of remembrances.

At the Genocide Memorial in Kigali, more than 250,000 people are buried in a mass grave. In the weeks leading up to Liberation Day, loved ones of some of the nearly 1 million who were killed during the genocide stop by to lay flowers and offer prayers.

Back in Shyira, Prudence Karambizi, 58, said he felt an obligation to come to the celebration.

"After the genocide and the war, there was nothing in this country," he said. "The country was empty and people had been killed. Today we are happy."

So Liberation Day is about celebrating progress, he said. While Rwanda is still a very poor country, it is peaceful — after a decade of community-led justice and reconciliation efforts, it is largely free from the ethnic divisions that led to the genocide more than two decades ago. And it has made strides in building its infrastructure and stamping out corruption.

"But," Karambizi said, "this is also a day when you can't help but think about the Rwandans who lost their lives for nothing."

In the United States, holidays like Independence Day feel historical. Those who died fighting the Revolutionary War are many generations in the past. In Rwanda, the history of this holiday is still within arm's reach, even for those too young to remember.

Clemence Amulisa, 19, was born four years after the genocide. She was smiling and dancing in Shyira on Tuesday, but as soon as she was asked what Liberation Day meant to her, she grew somber.

"For me, this is a very big day," she said. "If that rebel army had not marched on Kigali, maybe my parents would have been killed and that means I would not have been here."