Accessibility links
For Sudan, A Looming Deadline On Possible Lifting Of U.S. Sanctions : Parallels Before leaving office, President Obama suspended some sanctions on Sudan. By July 12, the Trump administration has to decide whether or not to stick with this approach. 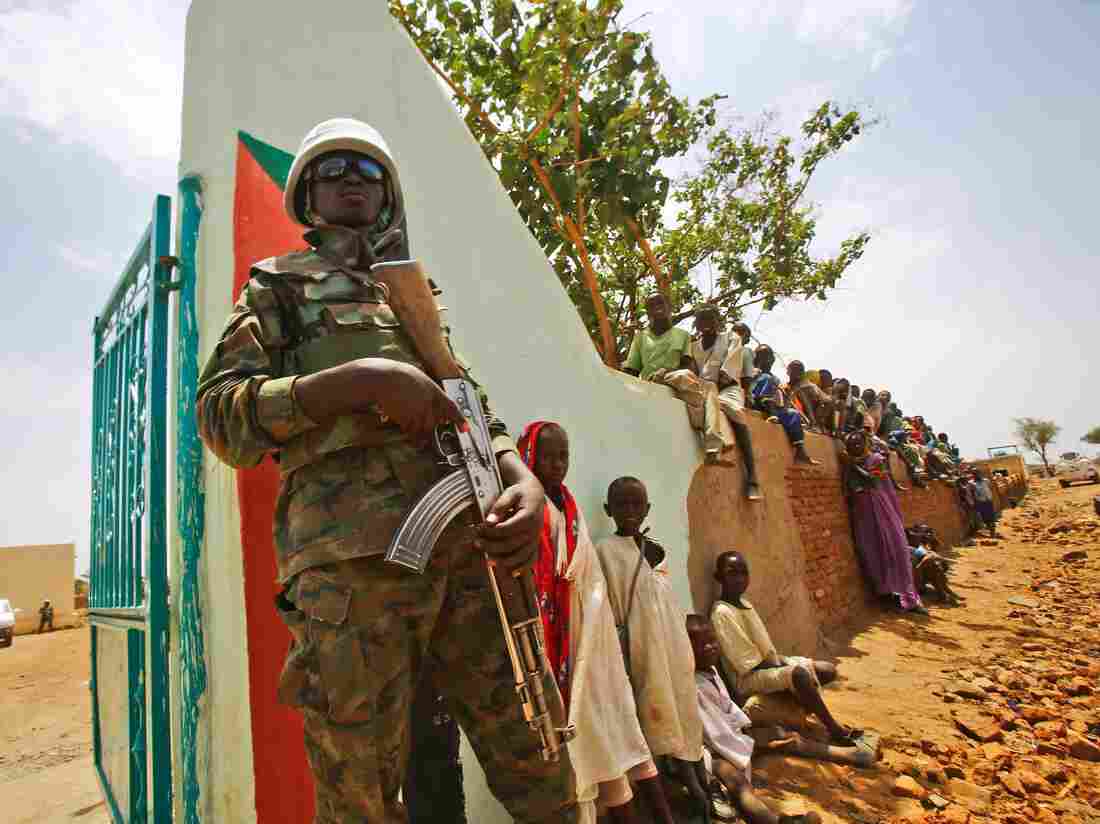 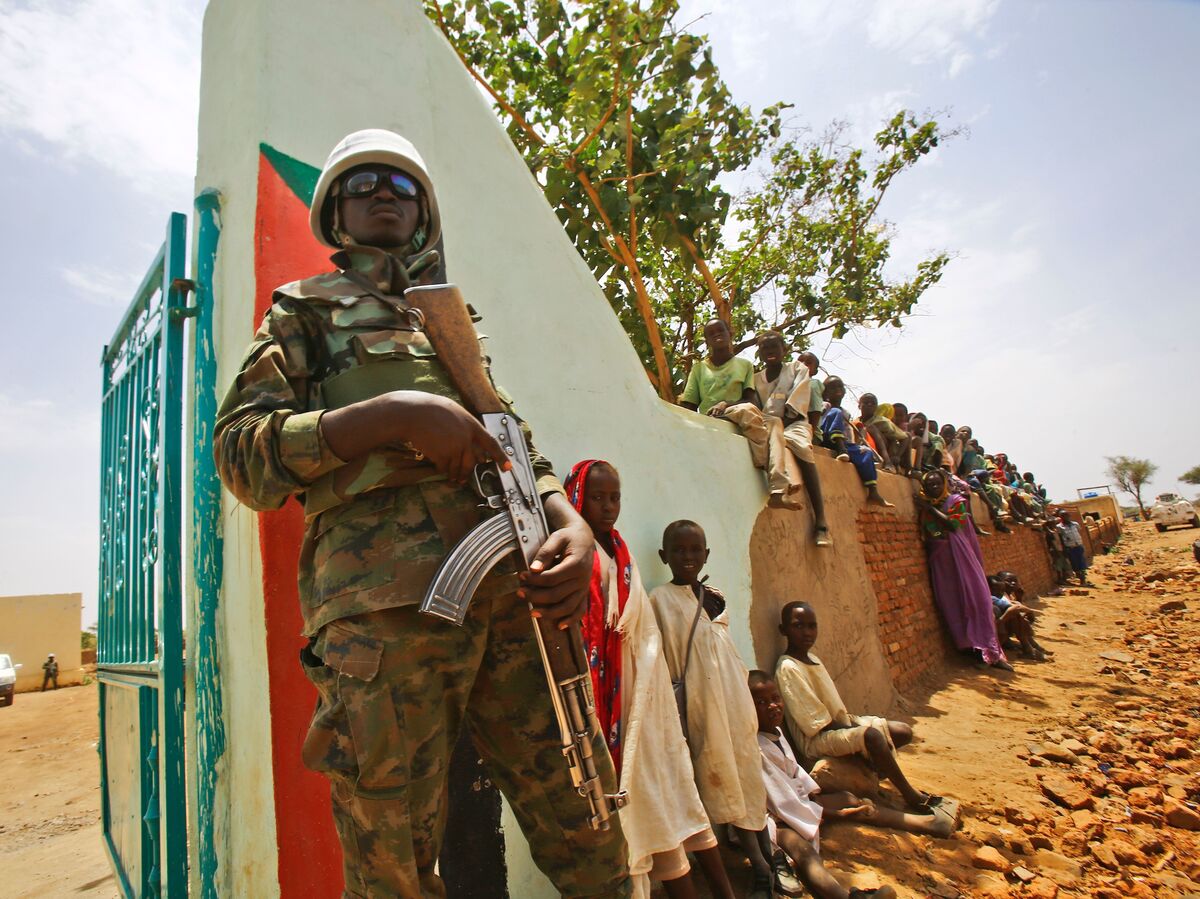 Shortly before he left office in January, President Obama did something that surprised many human rights activists. He suspended some trade sanctions on Sudan, a government notorious for human rights abuses and which the U.S. once accused of carrying out a genocide. The Trump administration has to decide by July 12 whether to stick with this approach.

The first U.S. sanctions were imposed some 20 years ago, during the Clinton administration, to punish Sudan for its role in international terrorism. Osama bin Laden lived in Sudan before he settled in Afghanistan in 1996. Additional sanctions have been added over the years.

In A Remote Corner Of Sudan, An American Takes His Stand

Ryan Boyette, a Florida native who's lived in Sudan since 2003, favors maintaining sanctions. He runs Nuba Reports, a news agency in a remote part of the country — the Nuba mountain region, where government forces have been waging what Boyette calls a "war of attrition" against a rebel movement and committing atrocities against civilians.

The Nuba mountain region is off-limits to U.S. officials, but Boyette says he wants people to get a sense of the difficulties of trying to survive amid this conflict. He created a short virtual reality video about the region and showed it to members of Congress and State Department staff during a recent visit to Washington.

"A lot of people have become quite emotional when they watch it," he says.

Meanwhile, the Sudanese government — led by longtime President Omar al-Bashir, who is wanted by the International Criminal Court on charges including crimes against humanity — has hired a Washington, D.C., lobbying firm at $40,000 a month. The firm, Squire Patton Boggs, says in its disclosure forms that its job is to "avoid 'snap back' of U.S. sanctions on Sudan" – in other words, to avoid the re-imposition of sanctions that are lifted.

"Our firm will be working with Sudan as it seeks to continue to meet the expectations of our government," a spokesman for Squire Patton Boggs said in response to a July 6 op-ed in Time magazine co-authored by George Clooney and John Prendergast, who criticized its work with "such a brutal and vile regime."

State Department spokesperson Heather Nauert has said the sanctions policy is being reviewed. 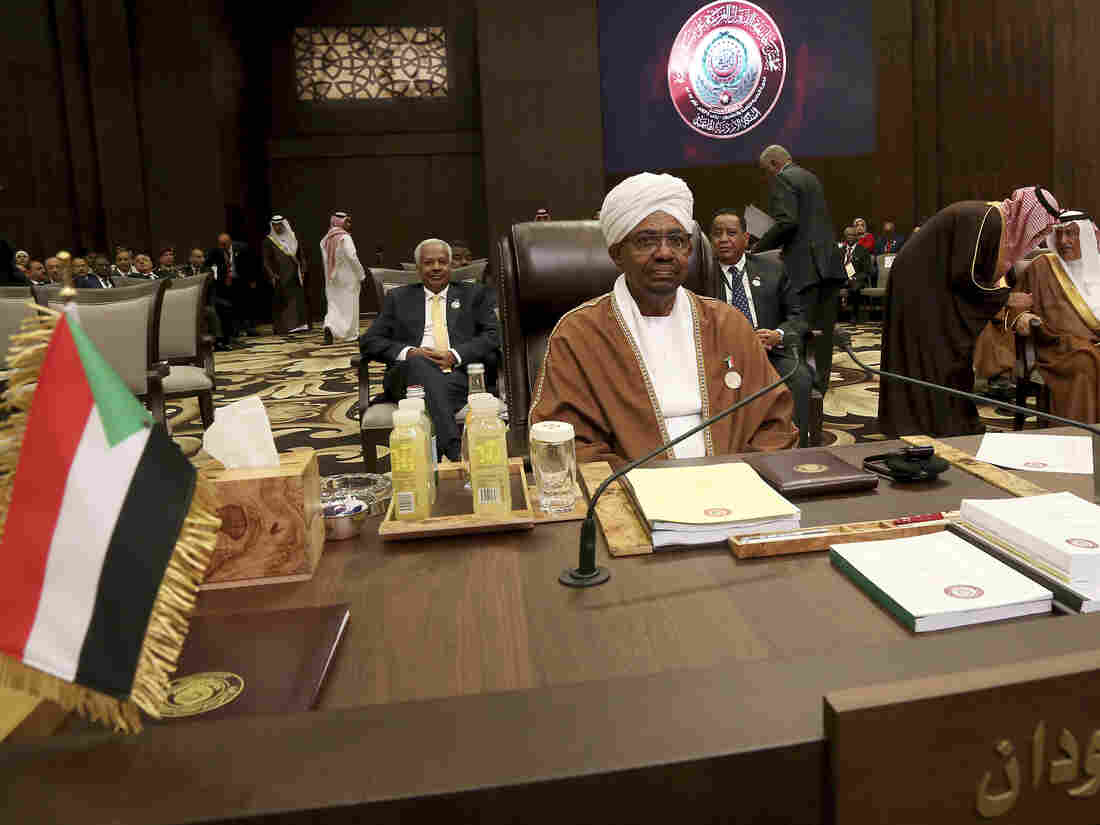 Sudanese President Omar al-Bashir attends talks of the Arab League summit in Jordan in March. He is wanted by the International Criminal Court on charges including crimes against humanity. Raad Adayleh/AP hide caption 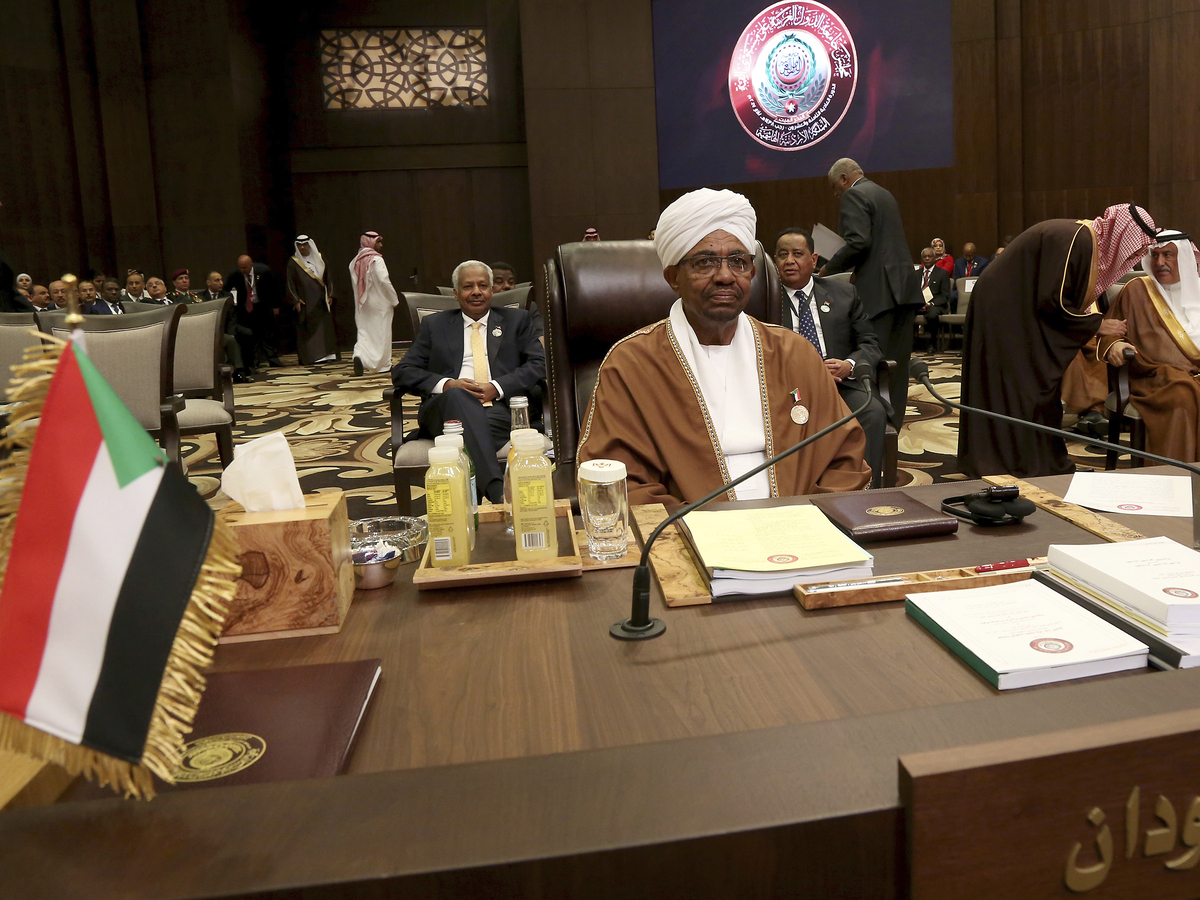 Sudanese President Omar al-Bashir attends talks of the Arab League summit in Jordan in March. He is wanted by the International Criminal Court on charges including crimes against humanity.

"We're not sure what is going to happen with the sanctions," she told reporters June 22. "The State Department is monitoring whether or not Sudan has sustained positive actions that gave rise to the [Obama] executive order that was put in place earlier this year."

Under that order, Sudan is supposed to meet five goals — which include counter-terrorism cooperation as well as ceasefires and more humanitarian access to war zones within Sudan.

Last month, Steven Koutsis, the top U.S. diplomat in Sudan, told AFP, "I can say without much hesitation that, with the few exceptions, the advances on the five tracks have been positive." Those exceptions, he said, are that "the implementation of humanitarian access is uneven... and that we want to see that the government begins to act more on moving towards a more permanent agreement with the opposition" on ceasing hostilities.

On July 2, Bashir extended a ceasefire with rebels until the end of October.

Princeton Lyman, a former U.S. envoy for Sudan now at the U.S. Institute of Peace, says he thinks the diplomatic approach is working — using sanctions relief as leverage. "This is a very preliminary, first-step opening in a serious dialogue opening with Sudan," he says.

Lyman believes the Trump administration can build on this approach and seek more changes from a government that the U.S. previously accused of carrying out a genocide in Darfur.

"What really matters to me is what you do next," Lyman says, "because then you can open up in the next round [of] issues of human rights, political prisoners, further work on the peace process. So it's a step-by-step process and it is purposely limited on both sides."

But so far, the Trump administration has been slow to fill top diplomatic positions.

On June 30, a bipartisan group of more than 50 members of Congress wrote to President Trump urging a delay in lifting sanctions until Sudan makes more progress and the administration "has been able to fully staff the Department of State and National Security Council, and you have named a Special Envoy for Sudan and South Sudan."

Last month, State Department spokesperson Nauert told reporters that Sudan would retain its designation as a state sponsor of terror. Sudan is also among the six predominantly Muslim countries included in the Trump administration's ban on travel.