Accessibility links
Analysts: North Korea Improves Its Capabilities With Each Missile Test : Parallels North Korea fired a missile on Friday that experts say had the capability of striking U.S. cities. Korea observers argue with each successive test, the U.S. and allies lose leverage with Pyongyang. 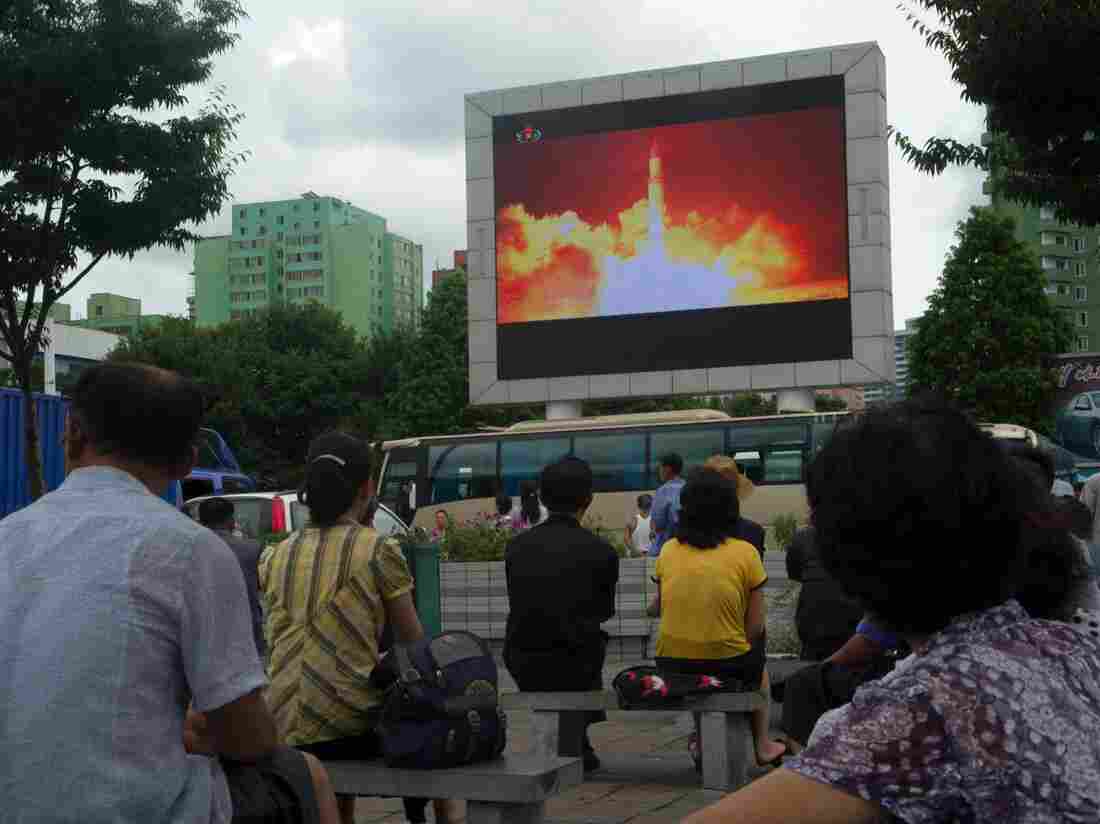 People watch as coverage of an ICBM missile test is displayed on a screen in a public square in Pyongyang on July 29, 2017. Kim Won-Jin/AFP/Getty Images hide caption 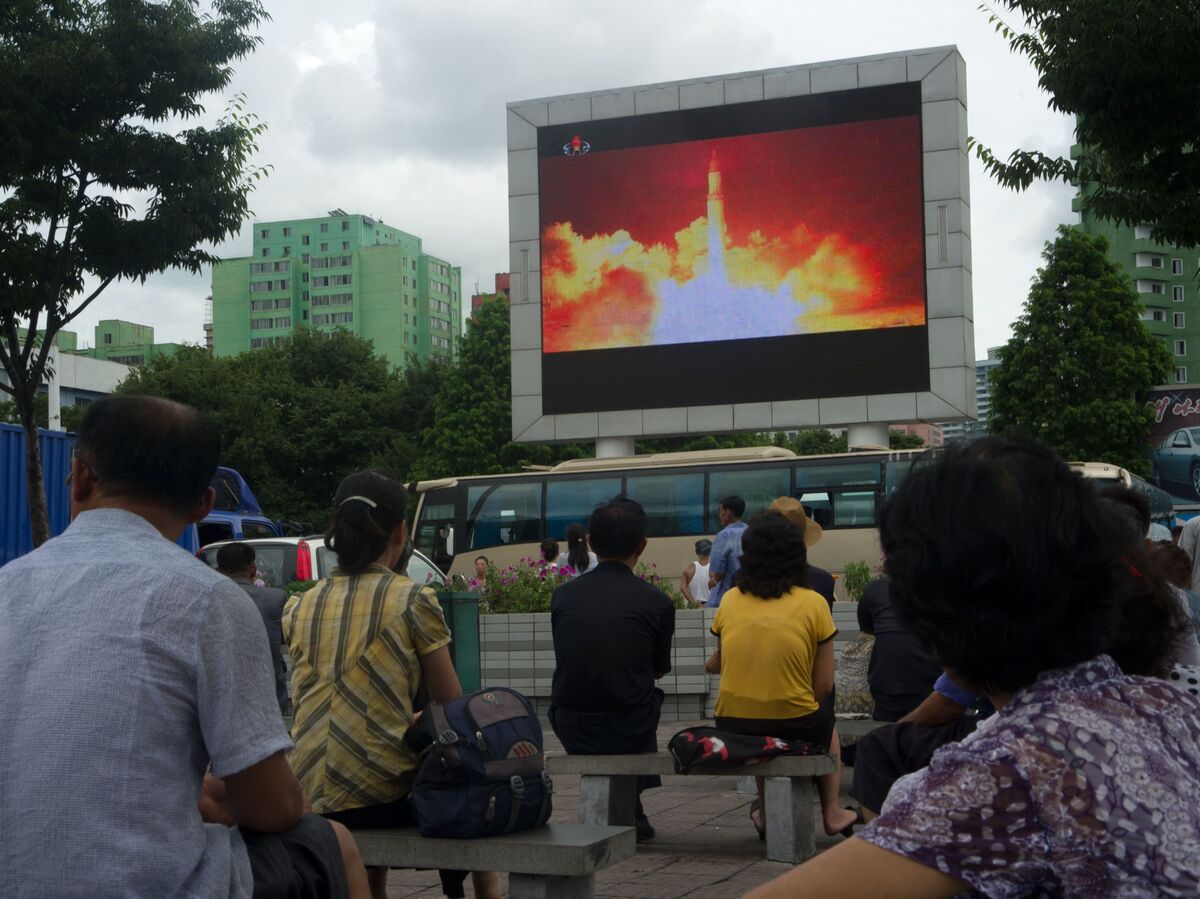 People watch as coverage of an ICBM missile test is displayed on a screen in a public square in Pyongyang on July 29, 2017.

Early Friday morning on the Korean peninsula, North Korea launched its second intercontinental ballistic missile inside of a month. Nuclear experts say the latest test improved on than the last one, with a range that could reach most of the continental United States.

"This launch demonstrates our surprise attack capability," North Korean state media quoted leader Kim Jong Un as saying. "It also proves that the mainland U.S. is within our shooting range."

North Korea says the missile was another Hwasong-14, the same type tested on July 4. That launch was the first to reach a distance that the American military considered an intercontinental ballistic missile.

In response, South Korea's Defense Minister appeared before cameras with a terse statement: "We will start discussions with U.S. Forces in Korea to temporarily place THAAD launchers and form a system of response to North Korea," Defense Minister Song Young-mu said. THAAD is the U.S. missile defense system that has begun getting deployed in South Korea.

"The stronger they get, the harder it becomes for us to convince [North Korea] that this is not the road they want to go down," says Jenny Town, the assistant director of the U.S.-Korea Institute at John Hopkins' School of Advanced International Studies. She says with each improvement, the U.S. and its allies lose leverage with the North.

"Anytime the U.S. goes on a campaign that's really driven by pressure and isolation and this idea of sanctions not only against North Korea but against China ... is really misconstrued," Town says.

She says a policy of increasing pressure is having the opposite of the intended effect, since she says it plays into North Korea's hands. Domestically, Pyongyang uses all the sanctions slapped on it as evidence to show the U.S. is quote "hostile." This, Town argues, justifies its need for nuclear weapons.

"So they're going to continue down the path of developing their nuclear deterrent and WMD capabilities in order to ensure that their regime survives," says Town.

The U.S. has responded initially with a show of force with South Korea, firing precision missiles along South Korea's East Coast, into the sea. But as for a long term solution — the Trump administration has yet to make any headway in breaking the cycle of provocations seen for years. It continues calling for denuclearization, despite North Korea moving in the opposite direction. Town argues the right perspective is key to policy.

"They really have to understand who North Korea is today, in order to build an effective policy moving forward," Town says.

A previous version of this digital story noted the launch of North Korea's missile was on Saturday morning. It was on Friday morning.