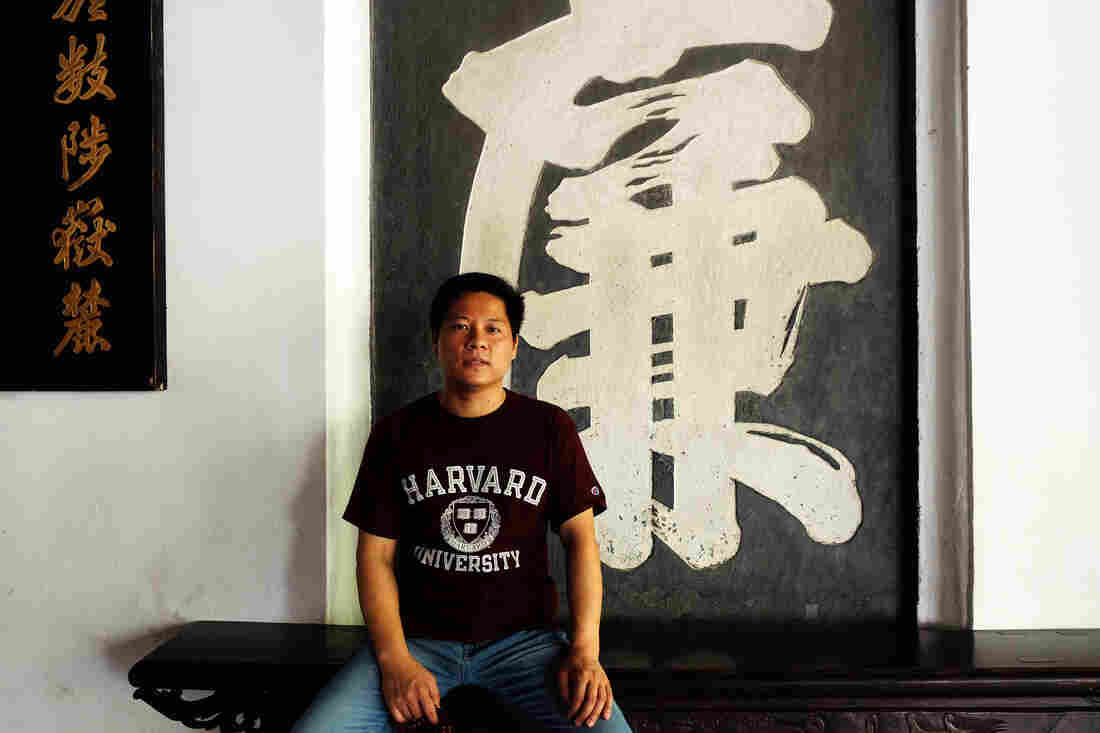 Former investigative reporter Luo Changping, 36, at the Yuelu Academy in Changsha, Hunan Province, felt forced to quit journalism in 2014 as it became increasingly difficult to publish stories that had, on occasion, led to the prosecution of powerful and corrupt officials. Anthony Kuhn/NPR hide caption 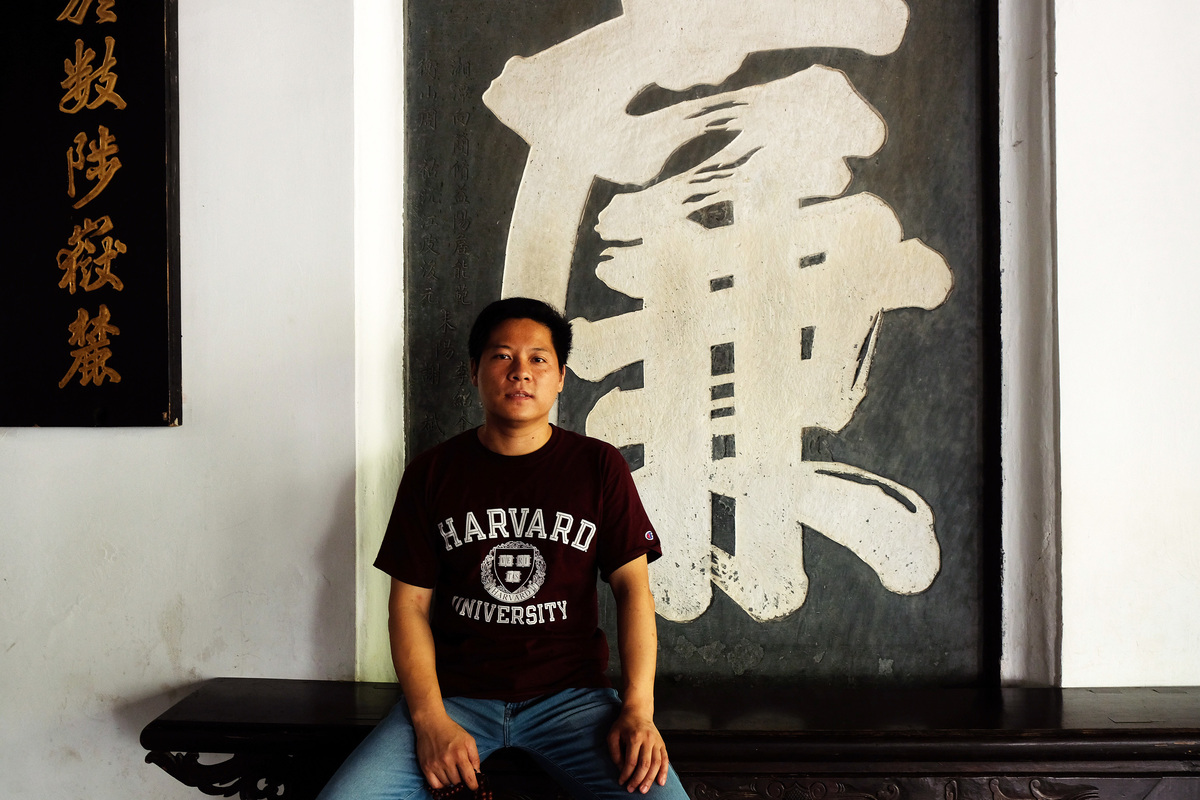 Former investigative reporter Luo Changping, 36, at the Yuelu Academy in Changsha, Hunan Province, felt forced to quit journalism in 2014 as it became increasingly difficult to publish stories that had, on occasion, led to the prosecution of powerful and corrupt officials.

In China, a country where all media are nominally owned by the state, the government invests vast amounts of money and labor into controlling information.

Having any investigative journalists at all is no mean feat.

But in Hunan, the journalism can be as spicy as the chili pepper-laden cuisine for which the province is known.

"Hunan produces the best investigative journalists in the country," says Luo Changping, who until 2014 was one of them. One reason for this, he says, is that "no matter how poor people are in Hunan, they're very concerned about politics."

In recent years, though, Luo and other members of the influential "Hunan gang" of investigative journalists — which, in its heyday, brought down powerful political figures and exposed human rights abuses — have quit the business.

To find out why, I recently met Luo at the Yuelu Academy, a 1,000-year-old school in Hunan's provincial capital, Changsha, which is near where he works. On the campus full of stately, classical architecture, statues and calligraphy praise Hunan's larger-than-life native sons who helped shape the course of China's history.

Chief among these were Mao Zedong, the leader of China's communist revolution, and Zeng Guofan, the 19th century scholar, statesman and general who helped put down the 1850-1864 Taiping Rebellion, which cost an estimated 20 million to 30 million lives and the near-collapse of China's last imperial dynasty.

If the scholar is one influence on Hunan's journalists, Luo says, the bandit is another. Like many Chinese, he grew up reading the martial arts novels of Louis Cha, with their kung-fu swashbuckling and chivalric codes.

Hunan's bandit ethos includes Robin Hood-like characters forced to become outlaws by oppressive local rulers and straight-up hustlers who report companies' abuses just so they can shake them down for money.

"This character may have a big impact in times of chaos," Luo observes. "But in times of peace, it is extremely disruptive to the rule of law. I've reflected on this aspect of the Hunan character and tried to change it in myself."

Luo says he is now critical of some of his colleagues who play both sides of the law or put personal, local loyalties before the law. This "introduces too many variables" and is too unpredictable, Luo argues. As a result, Luo says he has become more professional and less flamboyant as a reporter.

Luo made his name by shining a spotlight on abuses. He got his start in newspaper journalism in 2001, at a time when media organizations were eager — and permitted — to attract advertisers and readers by pushing hard-hitting investigative reporting.

While government departments were required to subscribe to official papers like the People's Daily, other outlets, particularly metropolitan papers and TV stations, were forced to fend for themselves financially. The government in those days acknowledged the importance of "supervision by public opinion" — in other words, it permitted a limited watchdog role for the media. Now, that role is seldom mentioned. Instead, the government emphasizes the importance of "guiding" public opinion to the "correct" conclusions and spreading "positive energy" — that is, highlighting leaders' achievements rather than their failings.

"We caught the last, golden decade of China's newspaper business," Luo recalls. "With a little hard work, you could rise to the top."

In 2004, Luo's exposé on corruption in the Hunan city of Chenzhou led to the arrest of the mayor and four other top officials — one of whom was put to death. 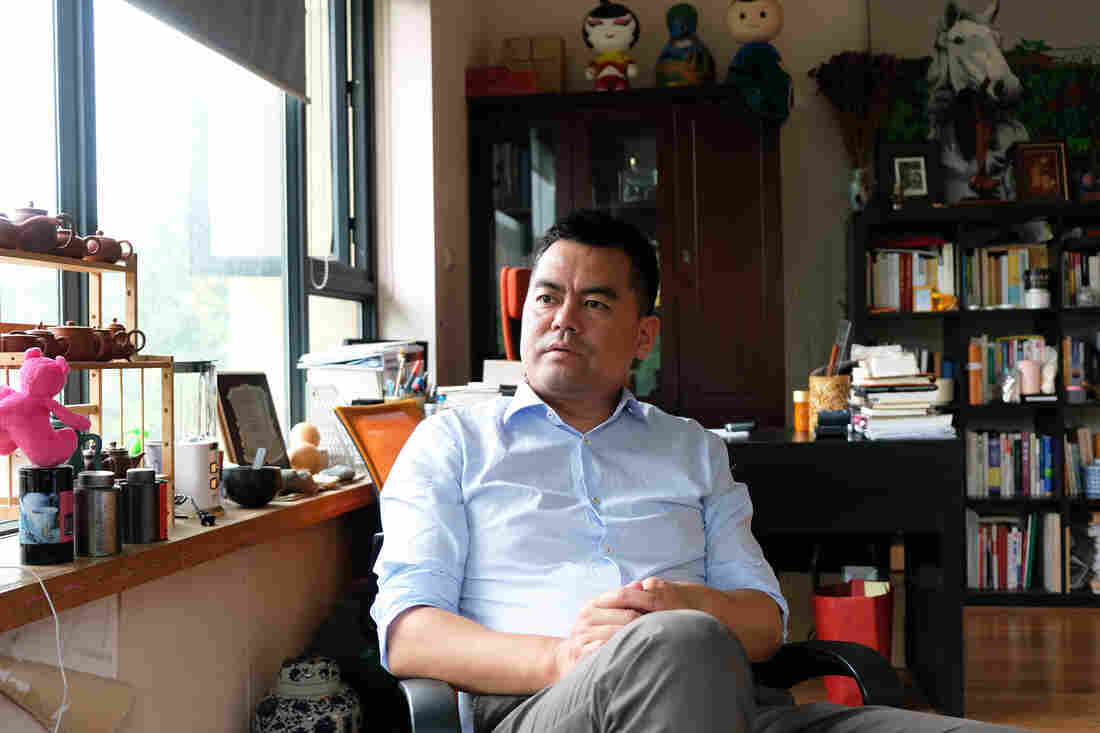 Social entrepreneur Deng Fei, 39, who keeps an office in the Chinese city of Hangzhou, had been a prominent member of the "Hunan gang" of investigative reporters, documenting social problems, human rights abuses and official corruption in China. Anthony Kuhn/NPR hide caption 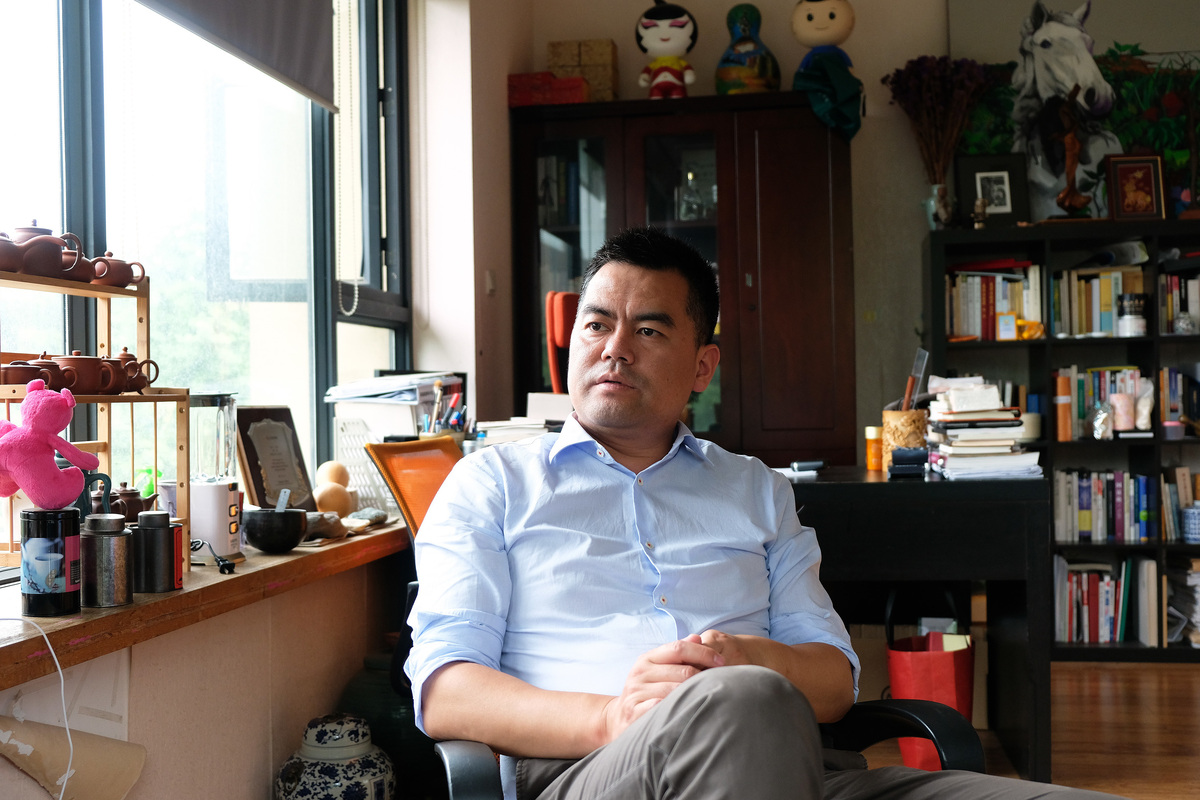 Social entrepreneur Deng Fei, 39, who keeps an office in the Chinese city of Hangzhou, had been a prominent member of the "Hunan gang" of investigative reporters, documenting social problems, human rights abuses and official corruption in China.

In 2005, when he was 24, Luo made waves by reporting on illegal urban demolitions in the Hunan city of Jiahe. As a result, five local officials were fired on orders from China's then-Premier Wen Jiabao.

By age 25, Luo was heading the investigations department at the Beijing News, then one of the capital's boldest broadsheets. In 2006, Luo moved to Caijing magazine, widely seen as the country's most independent media outlet, where he rose to become deputy chief editor.

Six years later, he blew the whistle on China's then-energy czar Liu Tienan. But Luo had to break his news about Liu on social media — because, he says, his magazine couldn't publish it. Luo's posts on Weibo, China's equivalent to Twitter, led to Liu's conviction for taking nearly $6 million in bribes and a life sentence in prison.

"According to media rules in China, you need to get official permission to publish criticism of officials at this level," Luo explains. "And of course, you can't get that permission."

But that didn't stop Luo from continuing his investigations. In a series of online reports published on NetEase, a leading Internet portal, and WeChat, the nation's top social messaging platform, Luo detailed Liu's connections to a shadowy cabal of powerful officials known as the "Western Hills Faction," named after their meeting place in suburban Beijing.

The faction was headed by Ling Jihua, an aide to former President Hu Jintao, and one of the highest-ranking officials to fall in China's ongoing anti-corruption drive.

Luo says nobody else in mainland China was reporting on such high-level factional politics. But after 18 installments, Luo decided to stop — after a lieutenant of Ling told him to. Luo figured that he had told the important parts of the story by then anyway. Luo adds that if such material were published on China's social media today, censors would immediately delete it.

The anti-corruption group Transparency International recognized Luo's work with an Integrity Award in 2013. But since then, Luo has largely been silenced and censors have shut down several of his social media accounts.

He finally left journalism to work on consumer rights. The immediate cause was Caijing's involvement in investigating the Panama Papers, which looked into the offshore holdings of world leaders including China's.

Chinese security agents intervened to stop Caijing from participating, and Luo was reassigned to the magazine's research arm. He could no longer report the news and says his reassignment was meant to protect him from further official reprisals.

Luo says the larger reason for leaving journalism was that he just could not get his reporting published.

"At Caijing, I could publish 90 percent to 100 percent of the material I got," he says. "Now, they can only publish about 10 percent. And they are the media outlet with the most freedom."

Luo does not expect the situation to improve in the next five years — which is how long President Xi Jinping's second term is expected to last. Xi has railed against Western notions of a free press and meted out harsh punishment to critics including scholars, lawyers and activists.

Late last year, Xi called on China's journalists to "maintain a correct political orientation and keep a high level of unanimity with the party's central leadership."

Deng Fei, 39, another former member of the so-called "Hunan gang" of journalists, says many journalists feel demoralized and have been quitting the business in droves.

"These people have made a contribution to the nation. They are useful," he says at his office in the east China city of Hangzhou. "We should value, support and protect them. Protecting investigative reporters is really just protecting our nation."

Deng says he drew inspiration from the American "muckraker" movement of the late 19th and early 20th centuries. But after more than a decade of reporting, he quit journalism in 2011 to become a social entrepreneur and charity worker.

He found that, with help from social media and his wide network of journalistic contacts, he could take direct action to solve problems that he had reported on, such as rural poverty.

"I opened a new door and discovered a new world," he says.

Deng believes that the government will find that it needs investigative journalists to uncover problems in society and in its own governance.

"If our reports can't be published today, we'll do something else," he says. "The day will surely come when the government discovers it needs us. We're still young. There's no hurry."