Accessibility links
Acid Attacks On The Rise In The U.K. : Parallels Corrosive substances are increasingly used as weapons in the U.K., especially in London, which had more than 450 attacks in 2016. 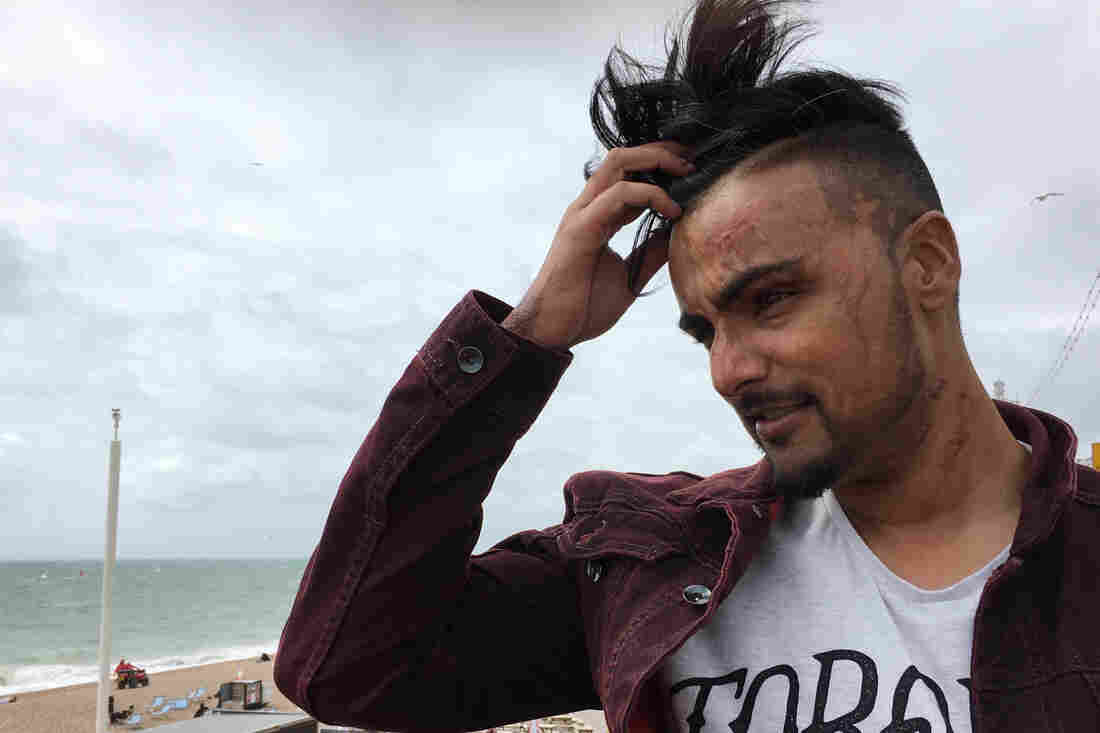 Samir Hussain was attacked in 2015 by a gang of strangers, one of whom threw drain cleaner on his face. Joanna Kakissis/NPR hide caption 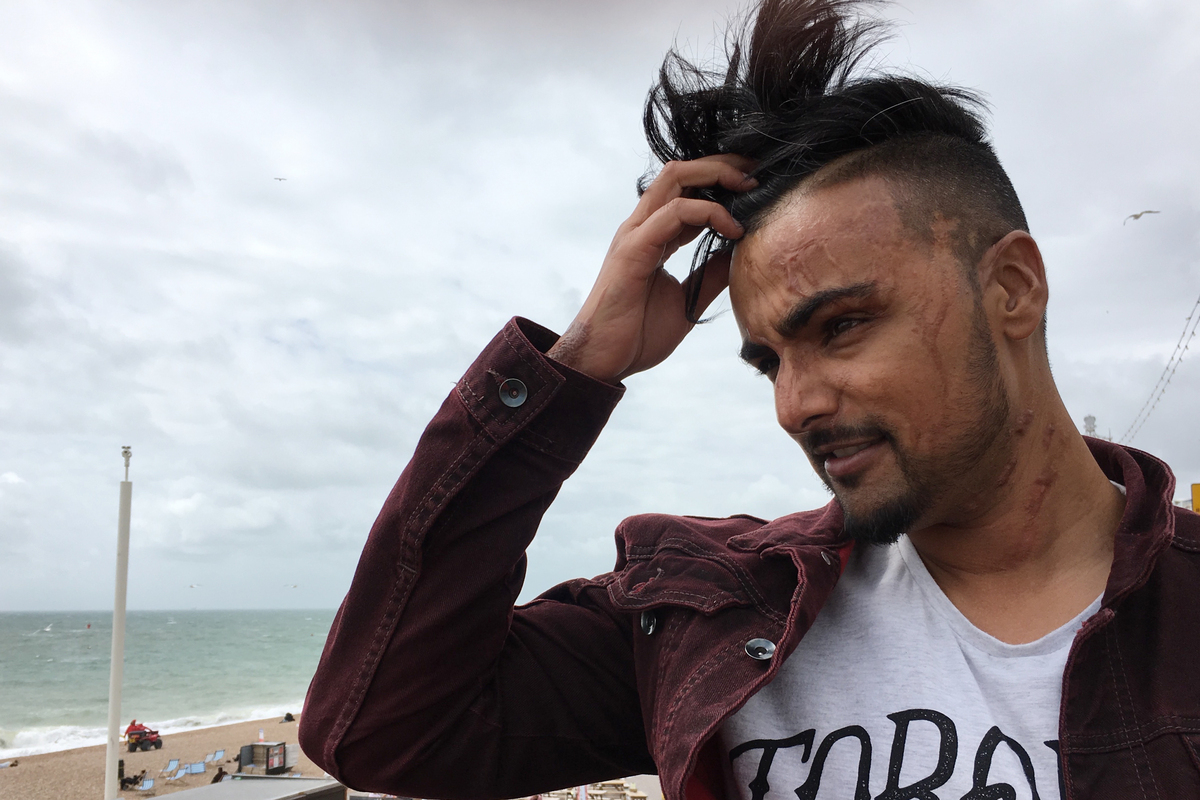 Samir Hussain was attacked in 2015 by a gang of strangers, one of whom threw drain cleaner on his face.

Samir Hussain's life changed in 2015, just after he and a friend left a movie theater in Crawley, a town south of London.

A gang of strangers, all men, had harassed them during the show and tried to start a fight outside Hussain's car.

He noticed that one of the men held what looked like a bottle of water in his hand, wrapped in a sweater. The man splashed it on Hussain.

"When the substance touched my face, for literally a split second, I thought to myself, 'This feels a lot heavier than water,' " Hussain, a 29-year-old mobile phone company manager from Redhill, Surrey, recalled. "It stuck to my skin ... I could feel my skin stripping away."

The liquid was drain cleaner containing an extremely high percentage of sulfuric acid.

Corrosive substances are increasingly used as weapons in the U.K., especially in London, which had more than 450 attacks in 2016.

London's Metropolitan Police have recorded more than 100 attacks in the first four months of this year, many in East London. The most recent attack happened just last week.

"We are now at levels that one of my colleagues described as epidemic," said Dr. Martin Niall, a burn surgeon at Mid-Essex Hospital, where many acid attack victims in East London are treated. "Everyone, ourselves included, has been shocked by this emerging threat to public health."

Acid attacks in the U.K. actually date back to before Victorian times.

Jaf Shah, the head of Acid Survivors Trust International, says he read about one early case in 1831 in which a 21-year-old servant poured acid over the face of a fellow servant who was sleeping.

"And for that act, that attack, he was sentenced to be hung," Shah says. 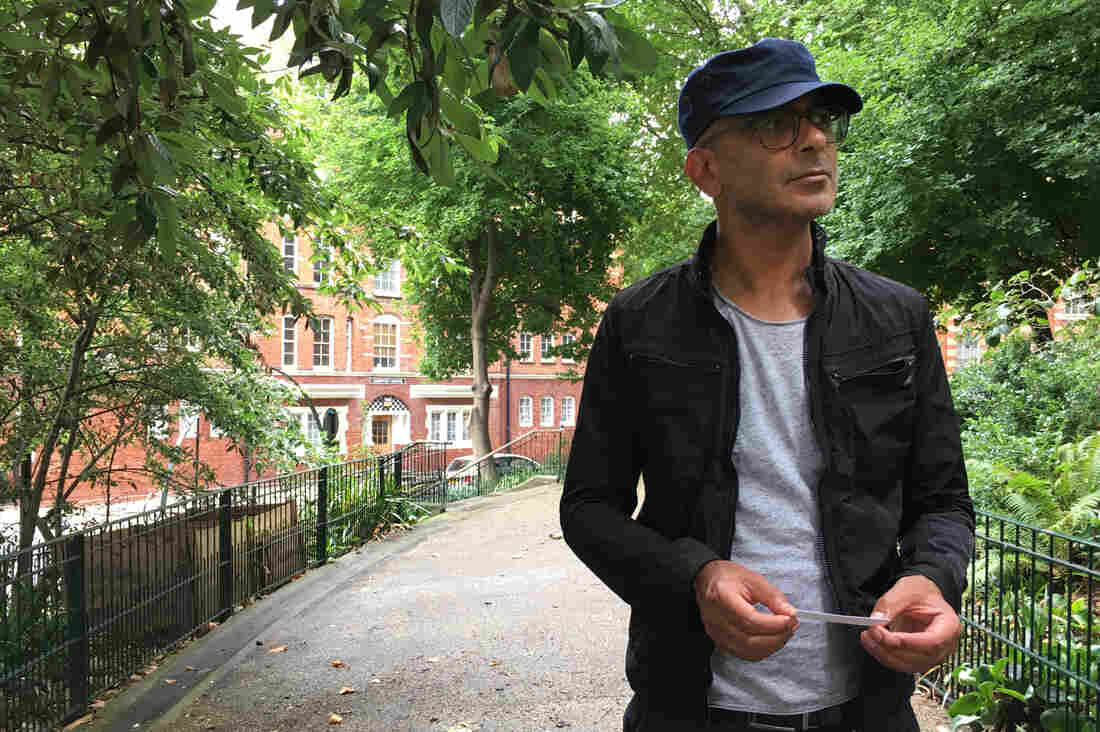 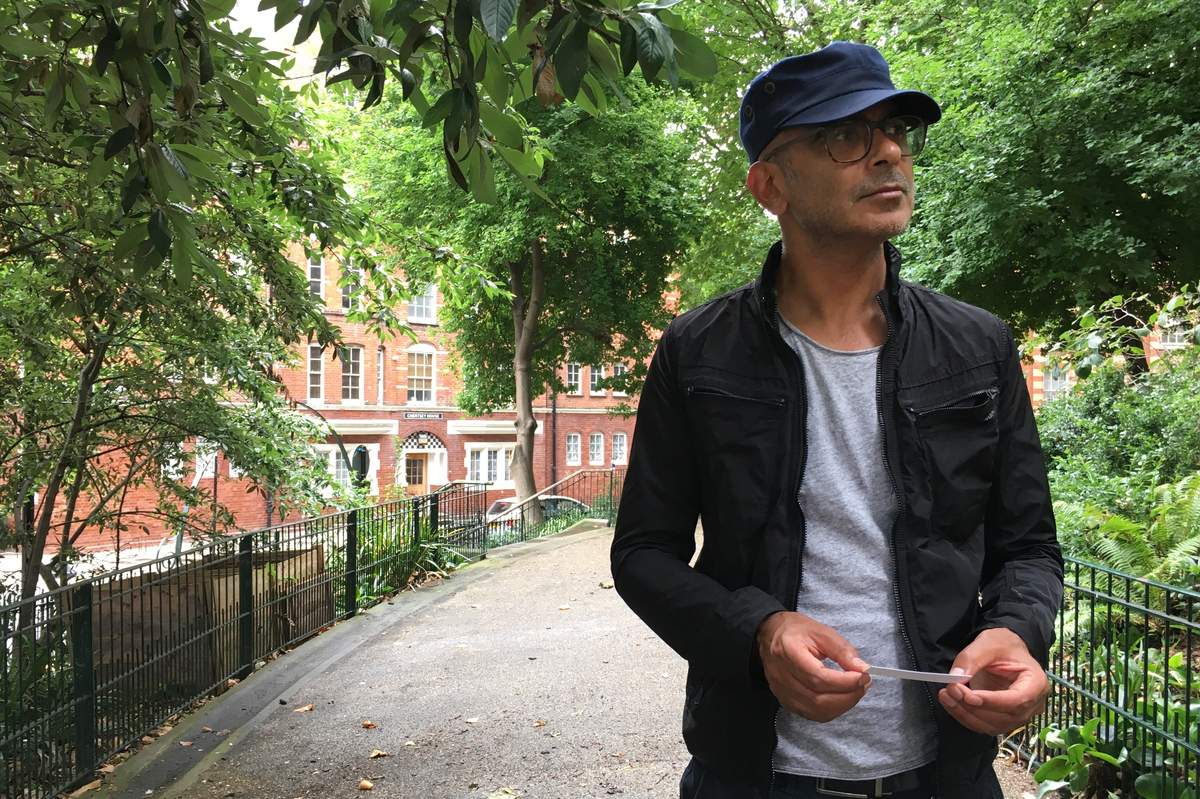 He says assailants use acid today for many of the same reasons as they did in Victorian times: "It's easy to purchase, there's no way of tracing payments if you pay by cash, and they know the likelihood of being charged for carrying acid is very remote."

Shah says two-thirds of the victims in Britain are men while, globally, most are women.

"The global pattern is very much males attacking young women and girls, relating to rejected sexual advances or marriage proposals or dowry-related attacks," he says.

But most of the attacks in the U.K. are random and are often connected to robberies or gang violence. Many of the perpetrators are in their teens.

The latest attack on Tuesday in London left a 47-year-old man with facial injuries. Two assailants on a moped threw an unknown liquid in his face.

Sometimes the motorbikes, often used in acid attacks, are stolen; delivery drivers have also been targeted and staged a protest outside Parliament last month.

"You hear of these motorbikes coming up to you, someone throwing acid and then trying to take your cars or your mobile phone," says Abdul Shohid, who owns a hardware store in East London. 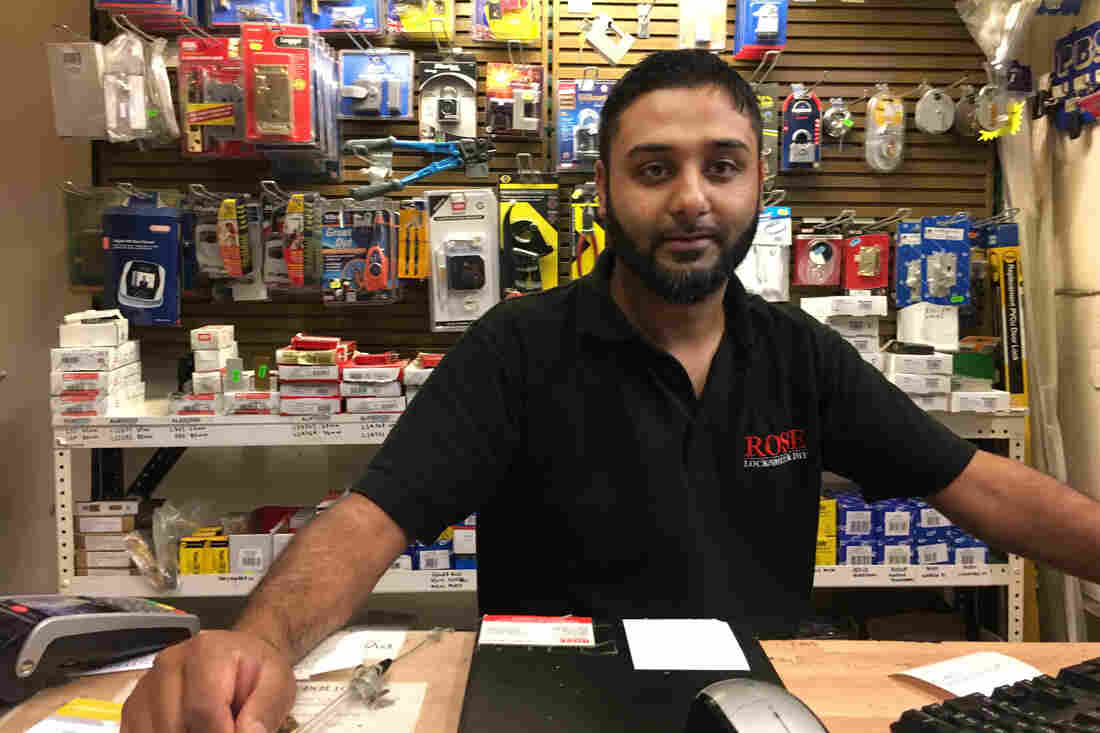 Abdul Shohid owns a hardware store in East London. He says he only sells his products to older customers he already knows. Joanna Kakissis/NPR hide caption 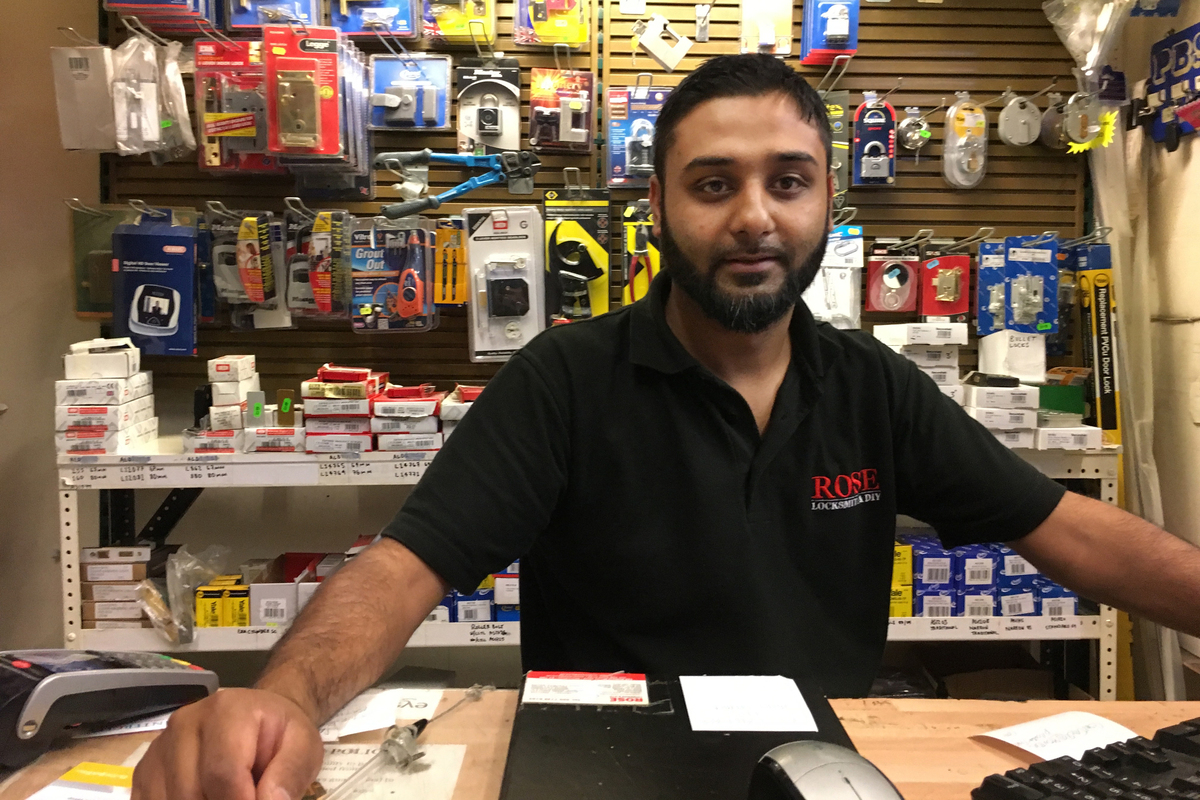 Abdul Shohid owns a hardware store in East London. He says he only sells his products to older customers he already knows.

He drives around London with his windows rolled up, even on hot days. When he locks up his shop, he is careful to check if anyone is behind him.

Two young men were recently burned with sulfuric acid walking just down the street from his store, which stocks corrosive liquids used in home improvement.

"The one we think a lot of people use must be the very strong drain cleaner," he says. "I mean, when you use it in the drain, it really melts the fat, any organic matter, very quickly. You can see the heat coming it off it as it burns through."

He says he only sells his products to older customers he already knows.

"The people that are actually using these readily available domestic pieces of equipment, in a premeditated way," she says, "they are sufficiently canny that if there is pressure on one particular type of weapon, they will use another."

"Acid attacks are callous and horrific, and my thoughts are with all those affected," Khan told Parliament last month. "The emotional impacts of disfiguring and lifelong scarring are truly devastating for innocent victims."

Samir Hussain, like most victims, doesn't know why he was targeted.

"My first thought was, 'what did I do to deserve it because I'm not a bad person,' " he says.

Hussain is at the seaside English city of Brighton, the wind whipping back his stylish haircut to reveal a handsome face that is deeply scarred.

He has had several skin-graft surgeries. He is relieved the acid never reached his eyes, which would have left him blind.

He returned to work three months after the attack. Every day, customers ask him: "What happened to your face?"

"My thought process is different now, the way in which I trust people, the way I socialize, and I think twice about doing things, like going to the cinema or going for a meal where there are a lot of people I don't know," he says. "Because if good people can hurt for no reason, then anybody can get hurt. And that's the hardest (feeling) to overcome."

The man who attacked him, 29-year-old Michael McPherson, was sentenced to eight years in prison.