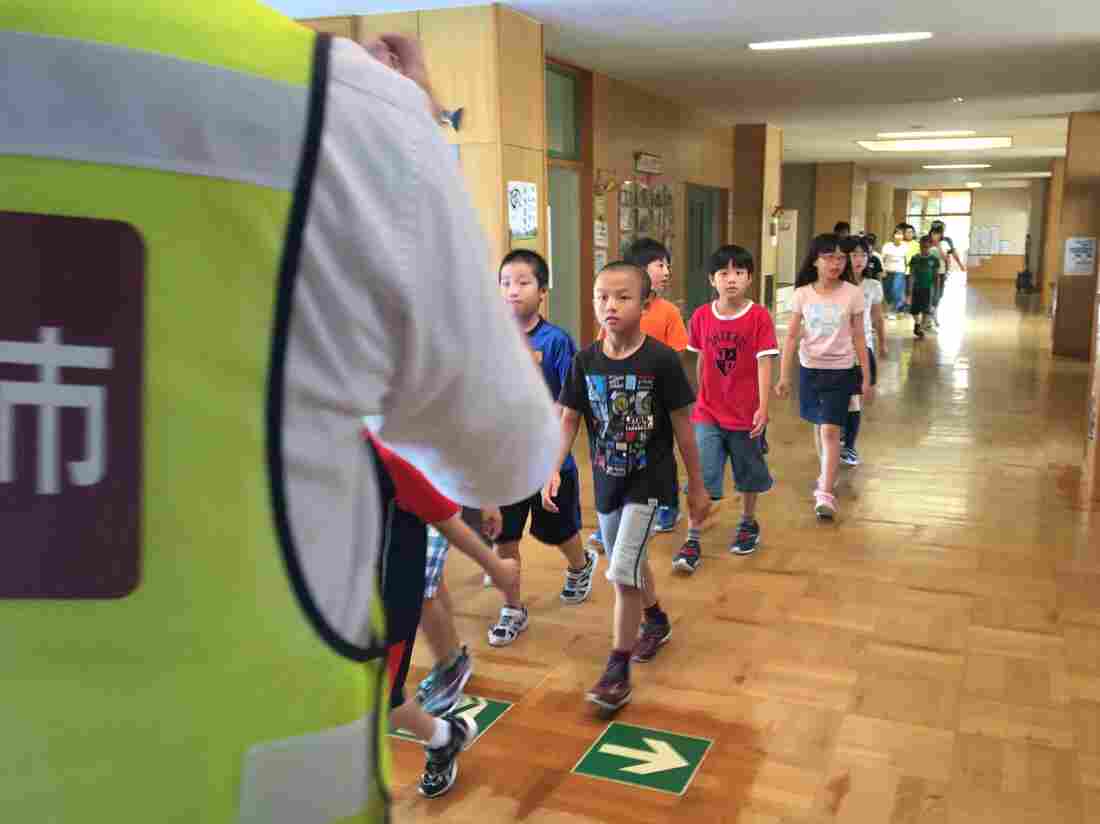 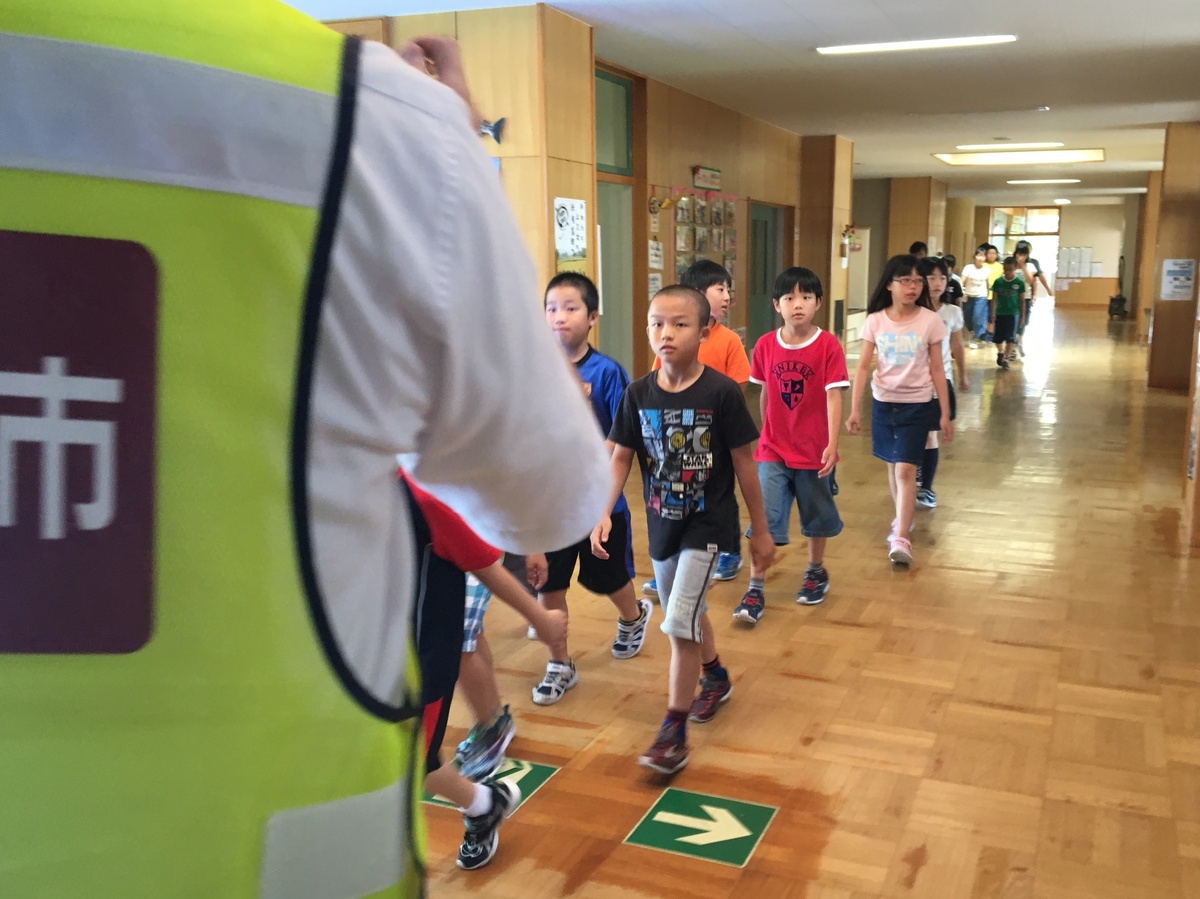 North Korea's neighbor of Japan is growing more alarmed by Pyongyang's advancing nuclear program, especially after a North Korean missile flew over the Japanese island of Hokkaido last week. It has led many residents to rethink the threat, even though they acknowledge they're largely powerless in this high-stakes geopolitical tussle.

Millions of residents in northern Japan got an early morning wake-up call last Tuesday, with a government text message just after 6 a.m. saying North Korea fired a missile that would pass through the skies.

"Missile alert, missile alert," the warning began. The official instructions that followed said to take cover underground or in a strong building.

Days later, in small towns in Hokkaido, the alert went off again as part of a municipally organized evacuation drill, so residents can feel more prepared should a missile fly by again.

Locals — mostly retirees — joined students at Maple Tree Elementary, where classes of children as young as 5 were guided by their teachers into the designated evacuation spot, the school gym.

"This was just a drill," principal Makoto Takahashi says. "You all did a good job. In the event of an actual missile situation, this would all happen quickly so make sure you stay calm and move to this location." 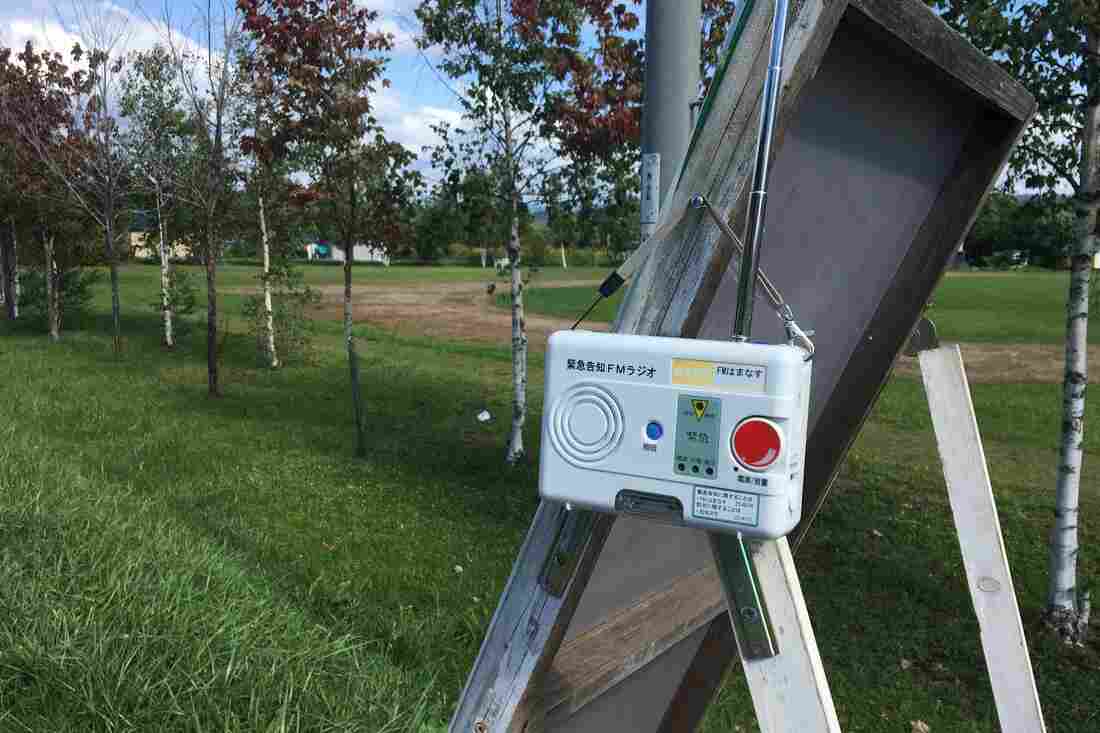 A radio hangs outside Maple Tree Elementary School in Iwamizawa, Hokkaido, Japan, so it can be used in a missile evacuation drill. Elise Hu/NPR hide caption 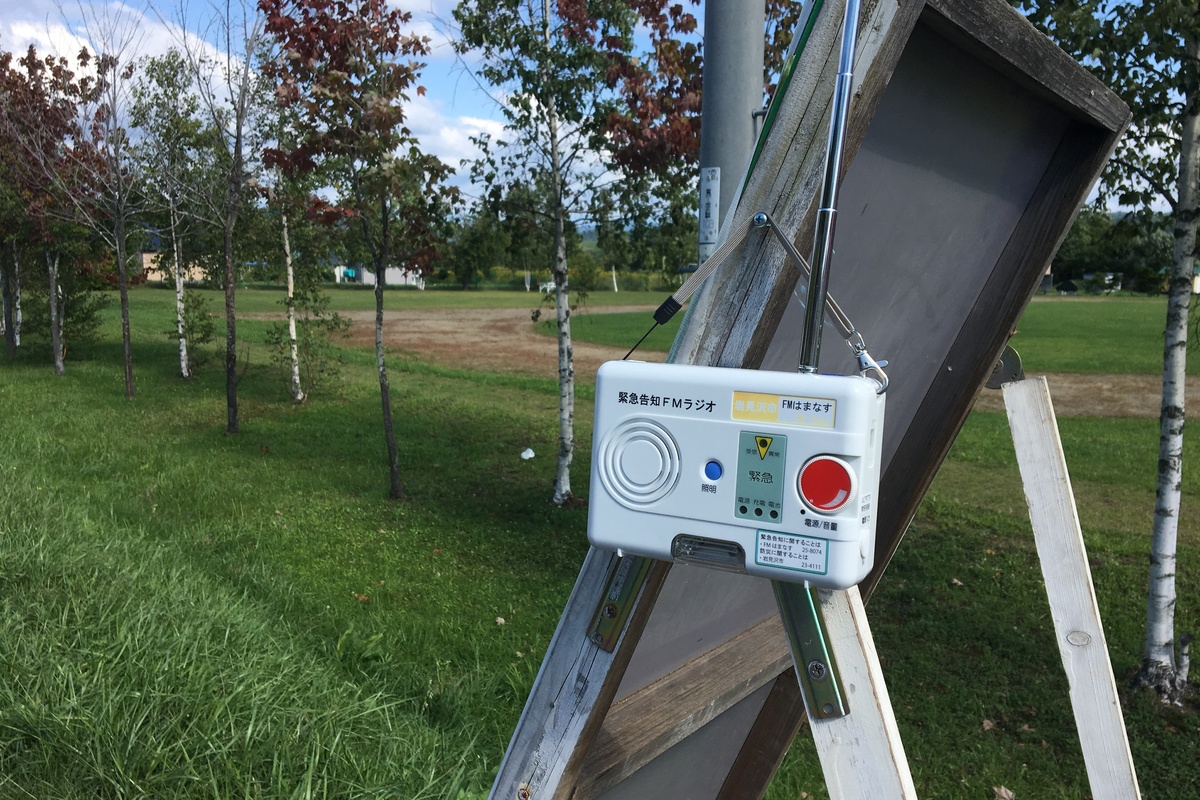 A radio hangs outside Maple Tree Elementary School in Iwamizawa, Hokkaido, Japan, so it can be used in a missile evacuation drill.

Similar air raid practices are happening across this island nation as part of Japan's civil defense. After the drill in Iwamizawa, the schoolchildren being picked up by their parents outside seemed unfazed.

"We were sleeping," 11-year old Mao Akiyama said of her surprise start to the day last week. "When I woke up in the morning, my grandma was saying something about missiles and she was getting all upset about it."

Now many retirees from this town — and across Japan — are voluntarily taking part in these drills, evidence of the growing concern about North Korea's fast-advancing nuclear and missile programs.

Seventy-eight-year-old Hisato Yamada was at home last Tuesday when the text alert came across her phone.

"My phone was ringing, and I guess you really feel quite scared and nervous at that time," Yamada says.

The government sends out alerts through Japan's emergency management system, J-Alert. It cuts into broadcast TV and radio — and lets officials reach every mobile phone in the country.

"I really thought this was scary. I mean, sometimes there are accidents. Sometimes missiles fall out of the sky! You never know. So I think it's great I could do this kind of training," Yamada says.

After each drill, local officials review what happened, go over procedures for next time and remind residents to make sure they have their phones close and radios handy. Other practical advice includes identifying an underground location or strong building to go to if a siren goes off.

Yamada says she never wanted to think about evacuations again after living through an actual evacuation during World War II. She was 6 years old.

"I really don't like to live in a world where I always have to feel afraid that something might happen again, that this danger still exists, that a missile might come. I don't feel happy with this kind of world that we're living in," she says.

Some 70 years after the start of the Cold War, she and her neighbors are practicing duck-and-cover drills reminiscent of her wartime youth.

Shizuka Andersen contributed to this story.