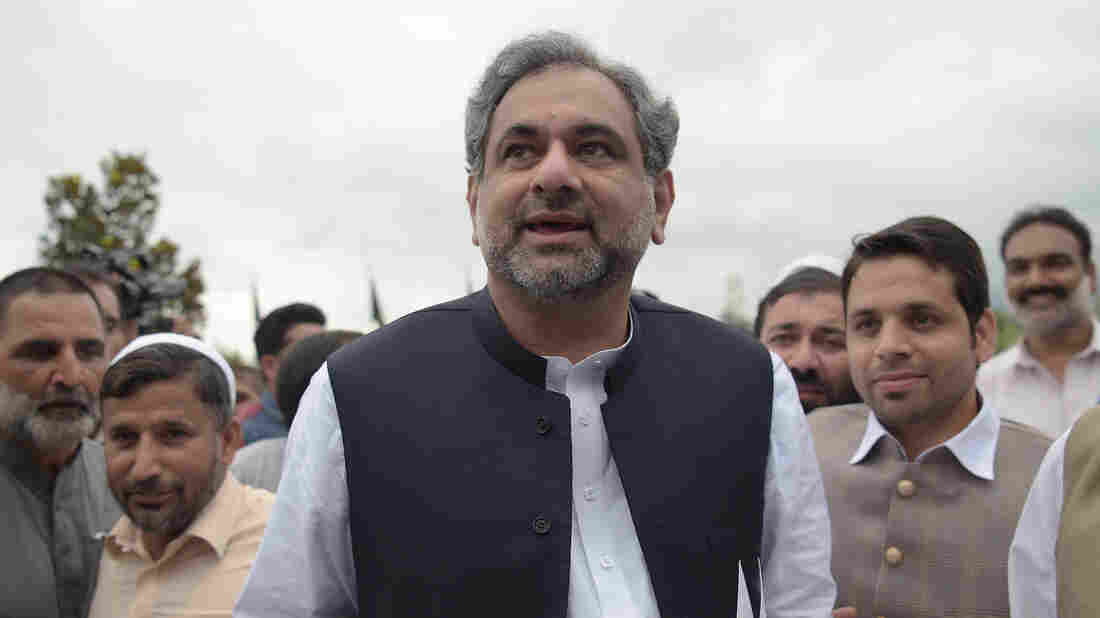 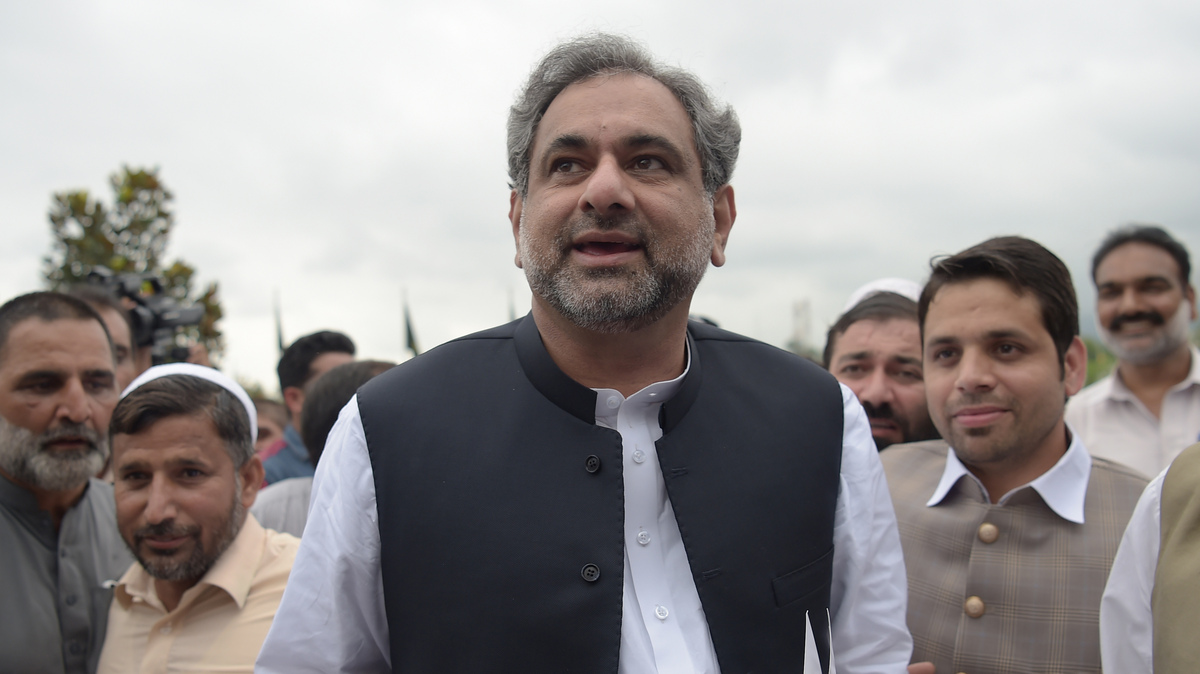 Pakistan's prime minister, Shahid Khaqan Abbasi (shown here Aug. 1), says that U.S. sanctions against Pakistan will only hurt its efforts to fight militants in the region.

Pakistan's prime minister has warned that the U.S. would be degrading its own capabilities to fight terrorism if it degraded Pakistan's military strength. Shahid Khaqan Abbasi made the comments Tuesday in a roundtable discussion with journalists before he leaves for the United States on Saturday.

Abbasi is expected to address the United Nations General Assembly during his U.S. visit. So far, there are no organized plans to see President Trump, said Abbasi's spokesperson, Musadik Malik.

Tuesday's discussion was part of a push to convey Pakistan's perspective on how it has fought militants, following a one-two punch from its closest allies, China and the U.S.

When you "degrade an ally's strength, you degrade your own," Abbasi said. He was responding to a question on how Washington might punish Pakistan, after a speech by Trump on Aug. 21. Trump accused Pakistan of harboring militants from neighboring Afghanistan.

Abbasi did not say whether Washington had threatened any specific punishments. But a Reuters report on Monday said that U.S. officials were considering an array of options, including targeted sanctions on Pakistani officials with ties to extremist groups.

Pakistan is specifically accused of sponsoring the Haqqani network – a powerful faction within the Afghan Taliban. Pakistan consistently denies those claims and points to several wide-ranging operations to push militants away from its long, porous border with Afghanistan.

They include an operation that began in February to fight militants that live near the Afghanistan border. Operation Raddul Fasaad, or "Elimination of Strife," targeted a branch of the Taliban that has committed deadly attacks inside Pakistan and, later, loyalists of the Islamic State.

Pakistani officials also bitterly note that militants have killed thousands of Pakistani civilians and security officials. They accuse Afghanistan of harboring militants who are conducting cross-border raids. In response, they say, Pakistan is building fences along much of the shared, porous border.

But Trump's accusations were soon followed by China. The country is transforming Pakistan with a $60 billion investment to build a network of ports, roads and rail links that will connect China to the strategic oil shipping lanes of the Persian Gulf.

During a meeting of rising regional powers in early September, China signed on to a joint statement that declared militant groups as a threat to regional security. Some of the groups are based in Pakistan. Russia also signed on to the statement. That, too, was a blow to Pakistan, which has been trying to move closer to Russia as its relationship with Washington frays.

During Tuesday's meeting, Abbasi insisted that Pakistan had "taken on terrorism and we have defeated terrorism."

Abbasi said Pakistan does not provide sanctuary for militants.

"We are open to bilateral verification," he said. He also raised the possibility of joint patrols with Afghanistan. Abbasi did not offer specific details. "We leave the details to an operational level," he said.

Reuters reports that Washington's civilian and military assistance to Pakistan was less than $1 billion in 2016, down from a peak of $3.5 billion in 2011.

But Pakistan may need support from Washington to obtain international loans to bail out its economy. Pakistan is currently running a high current account deficit, its foreign currencies have dwindled, and its currency is considered overvalued.

Still, Abbasi said that he "did not foresee an IMF program in the future."

It is unclear, however, whether Abbasi has the final say over Pakistan's foreign policy. He was selected to the premiership only six weeks ago after Pakistan's supreme court ordered the dismissal of former Prime Minister Nawaz Sharif following a corruption scandal.

Still popular, Sharif is trying to carve out a political dynasty. Abbasi is widely seen as a party loyalist, and he is a respected technocrat — but also, a placeholder until the next election, when Sharif is likely to try to propel himself, or his wife, to the position.