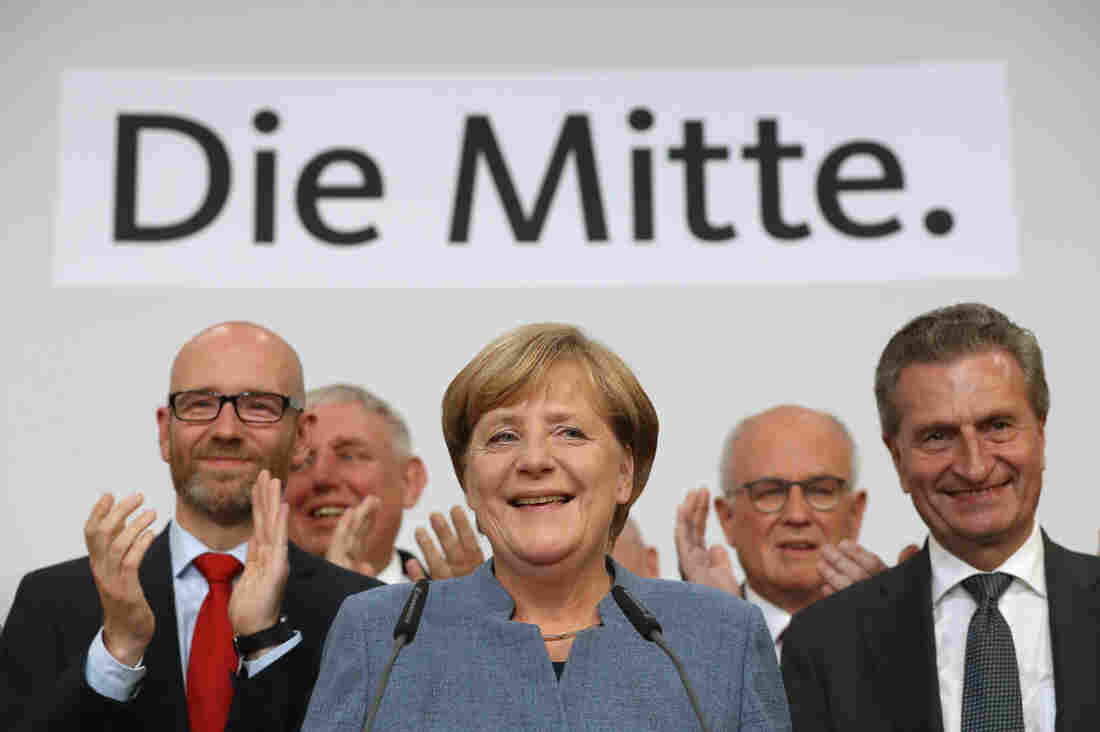 German Chancellor and Christian Democrat Angela Merkel appears to have lost some support because of her refugee policy that allowed more than a million asylum seekers into the country since 2015. Sean Gallup/Getty Images hide caption 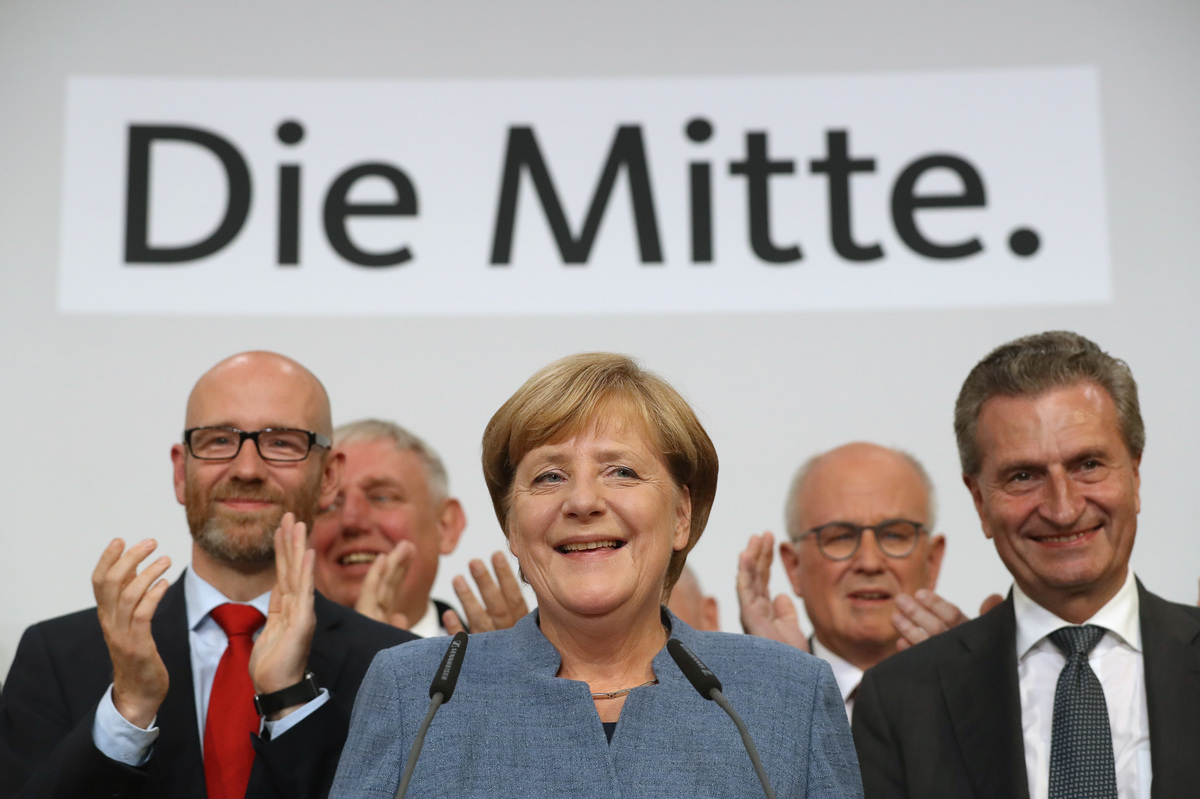 German Chancellor and Christian Democrat Angela Merkel appears to have lost some support because of her refugee policy that allowed more than a million asylum seekers into the country since 2015.

Preliminary results show German voters gave Chancellor Angela Merkel a mandate for a fourth term Sunday, but with far fewer votes than needed for her to govern without forming a coalition.

Merkel had campaigned on her record as a highly respected leader not only in Germany, but also internationally, as well as record low unemployment and strong economic growth. But German unhappiness over her refugee policy that allowed more than a million asylum seekers into the country since 2015 was something she never fully recovered from.

"Merkel has become a very polarizing figure, something she never envisioned for herself, never saw happening," said Merkel biographer Stefan Kornelius, who is also foreign editor of Germany's daily Suedeutsche Zeitung. "As much as she pushed to the center on the refugee issue and brought in the left part of electoral voters in her camp," she lost voters to the right of the spectrum.

Those voters are among the many Germans who are sending a right-wing nationalist party to the German parliament for the first time since 1957. Preliminary results show Alternative for Germany, which was founded as a euroskeptic party in 2013, coming in third place with about 13 percent of the vote.

Merkel has made it clear that her center-right Christian Democratic Union will under no circumstances partner with AfD. She and most other German politicians dismiss the newer party as anti-Muslim, anti-immigrant and even anti-Semitic.

Last January, one of AfD's prominent eastern German leaders, Bjoern Hoecke, called the Holocaust Memorial the "memorial of shame and suggested Germans should "make a 180-degree turn in their politics of commemoration."

Who will join Merkel in her new government is unclear and may not be decided for weeks. Another party voted into the new German parliament is the Social Democrats, with the second-most votes but what appears to be its poorest showing in many decades.

The party leader is former European Parliament President Martin Schulz, who had hoped to replace Merkel and ran on a social justice platform aimed at easing income disparity and improving social benefits and education. The center-left party was a junior partner in Merkel's most recent government, but both sides are lukewarm about joining forces again.

The business-friendly Free Democratic Party, which some analysts say drew voters away from Merkel, the Greens and The Left Party – the latter is the successor to the East German communists — also have cleared the 5 percent vote threshold to enter parliament.

Voter turnout Sunday was estimated to be about 75 percent compared with 71.5 percent who cast ballots in the last German federal elections four years ago.

"The refugee topic is very important, but also how Germany will evolve in the future in terms of digitalization," he said. "The education is another important topic so I think there are a lot of topics this year around that might influence people's vote."

Berlin retiree Werner Butz — who, like Lauer, declined to say whom he voted for — said his choice was based on his worry about the declining value of pensions, ensuring German security and capping the number of asylum seekers allowed into Germany.

"A state can only take in as many refugees as it can handle economically," he said. "Taking more than that will only cause the German population to go under. And that's a real danger right now."

Many Germans share his fear that immigrants might take away jobs and benefits, a fear stoked by Alternative for Germany. It helped the 4-year-old party siphon off many conservative Merkel supporters as well as voters in the former communist eastern Germany, where unemployment tends to be higher and incomes lower than the German average.

While the current inclination is for Merkel and other mainstream parliament members to isolate their right-wing counterparts, they won't be able to ignore them completely.

Even before the federal election, AfD has steered the debate on asylum seekers from one over integration into German society to one focused on increasing and speeding up deportations. The right-wing nationalists also won seats in 13 of 16 German state legislatures.

There is one thing Merkel and AfD more or less agree on, and that is the need to engage the Trump administration. The right-wing nationalists have said they see a kindred spirit in President Trump, even if AfD's lead candidate Alice Weidel at a recent news conference criticized his Twitter habit.

Merkel, during her only televised debate during her campaign, said Germany must work with the U.S., on issues like ISIS and Afghanistan and that despite their differences on diplomacy, trade and climate change, she will do her best to find common ground with the American leader.