Accessibility links
German Election Results Highlight Old Divides Between East And West : Parallels Many voters in the eastern part of the country supported the far-right Alternative for Germany party. "The frustration there is considerable," says one analyst. "It is a feeling of being left behind." 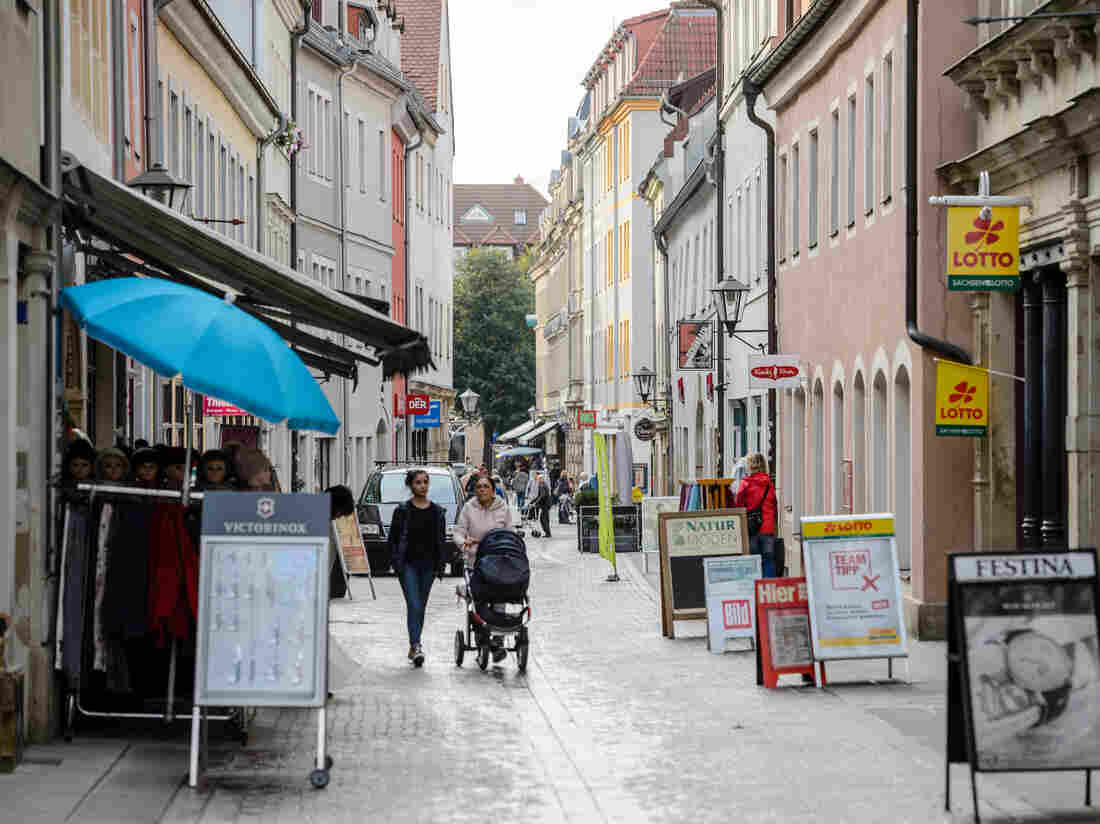 The far-right Alternative for Germany party came in third place nationally, but in the eastern state of Saxony, where the town of Pirna is located, the party finished first with 27 percent of the vote. Jens Schlueter/Getty Images hide caption 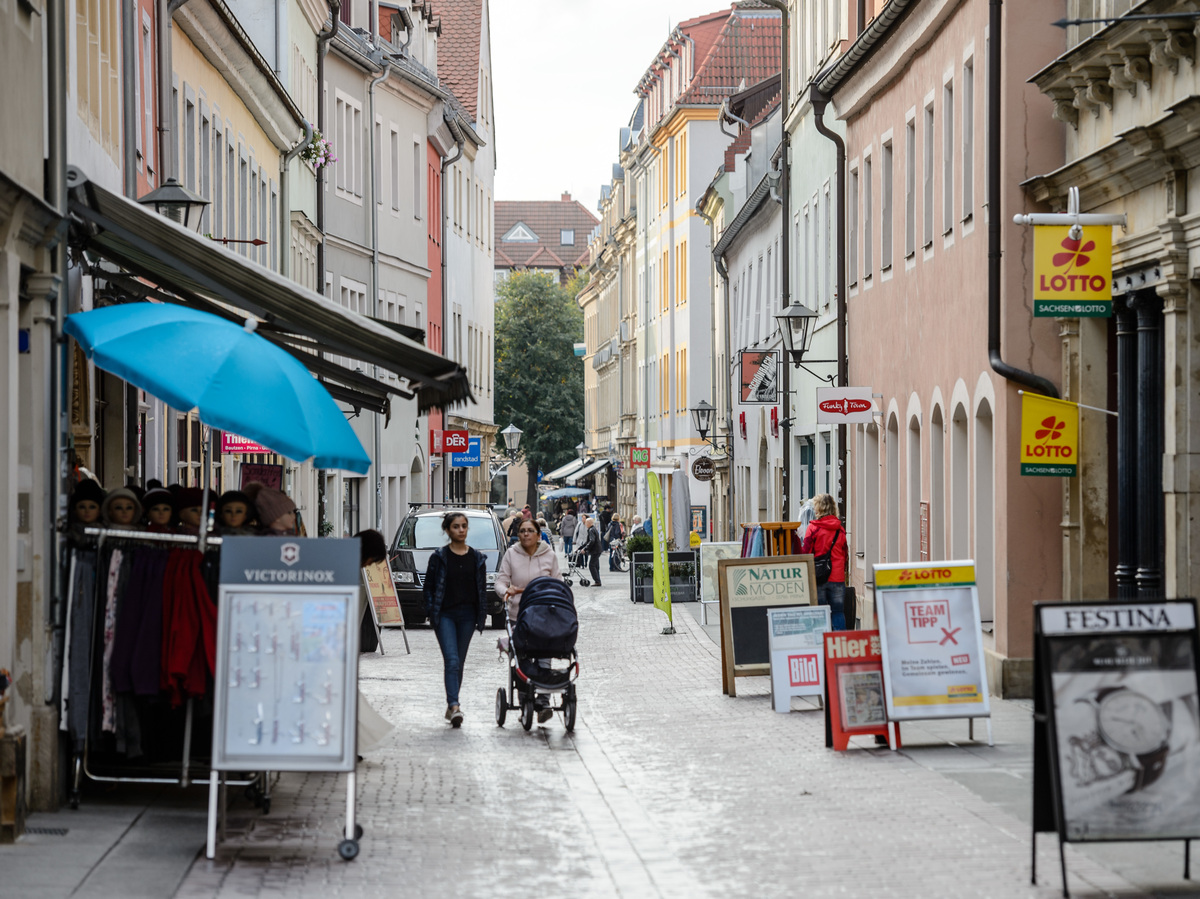 The far-right Alternative for Germany party came in third place nationally, but in the eastern state of Saxony, where the town of Pirna is located, the party finished first with 27 percent of the vote.

Two days after the German parliamentary election, the country is still absorbing the results — especially the gains made by the Alternative for Germany (AfD), the first far-wing party to win seats in Parliament since the 1950s.

Chancellor Angela Merkel has said Germany will have a new coalition government in place by Christmas. Her victory was widely expected, but her Christian Democratic Union (CDU) party suffered a significant loss. Of the 13 percent of Germans who supported the anti-immigrant AfD, more than 1 million were former CDU voters. And many of the AfD's votes came from the eastern part of the country.

"In east Germany, the AfD has been twice as strong as in west Germany. This shows that the voting behavior is much more volatile there and that many citizens in the east feel insecure," says Eckhard Jesse, a political scientist and one of the leading experts on extremism research in Germany. "After more than 25 years of reunification, they [still] feel like second-class citizens."

The election highlighted a deep divide between Germany's east and west, following the lines of where the Iron Curtain once stood.

In the region encompassing what used to be Communist East Germany, the German Democratic Republic, AfD support was the second-highest among all parties. In some areas, it came in first. Male voters in this region gave the AfD more votes than any other party.

Anger in the east over Merkel's refugee policies "was decisive," Jesse says. Merkel opened Germany to more than a million migrants and refugees starting in 2015.

"Although Merkel herself is from the east, the frustration there is considerable," Jesse says. "People feel like they are not appreciated, particularly when compared to what they perceive as so much being done for the refugees. This strikes many as unfair when they have worked so hard for the last 27 years in East Germany. It is a feeling of being left behind."

'If you feel like a loser, you look for someone to blame'

Voters in the eastern part of Germany generally do not identify with one particular party as much as those in the west, he says, and two-thirds of all AfD voters cast their ballots in protest.

Their voting choice, Jesse says, "speaks more about frustration than it does about acceptance of the AfD."

Gert Wagner, an economist and social scientist at the German Institute for Economic Research, says the standard of living in the east, where "salaries are lower and the unemployment rate is slightly higher," also translated to AfD votes.

The east, he says, has seen fewer immigrants than the west. Germans in the east "have not been used to living in a multicultural society," he says. "That is why it has been relatively easy in East Germany for the AfD to define foreigners as responsible" for economic hardship and other difficulties. "If you feel like a loser," he says, "you look for someone to blame." 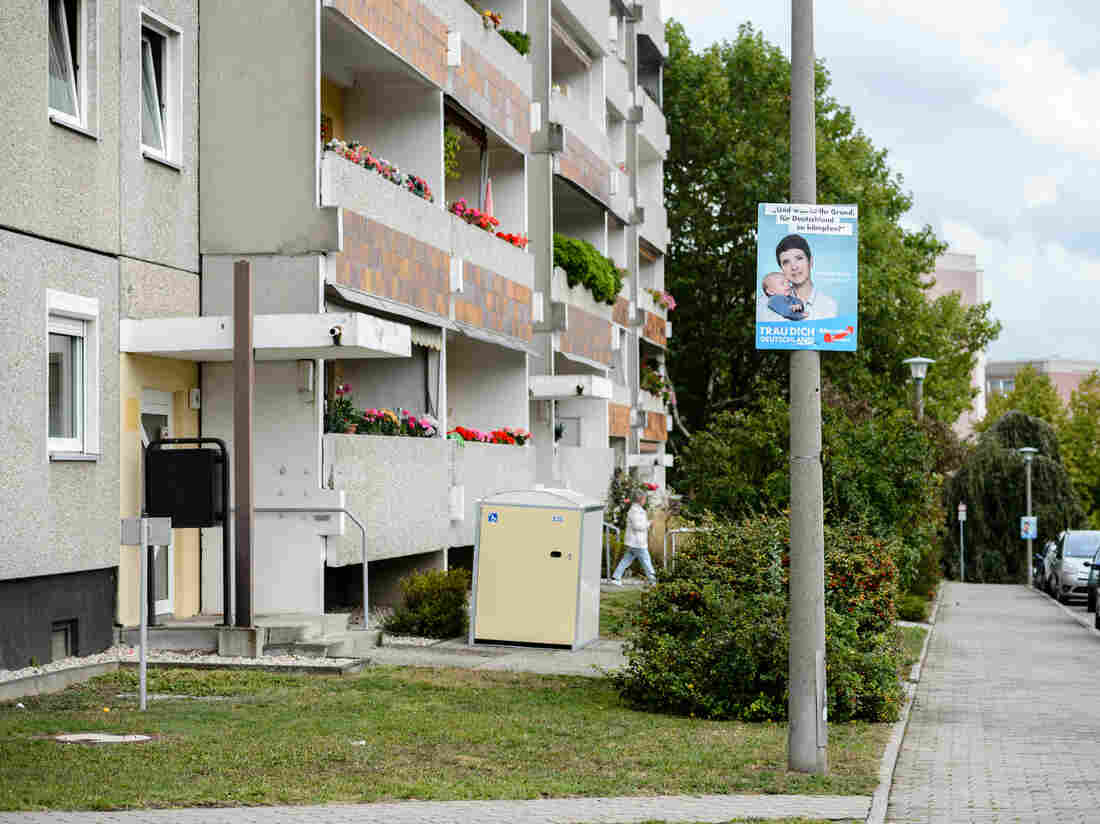 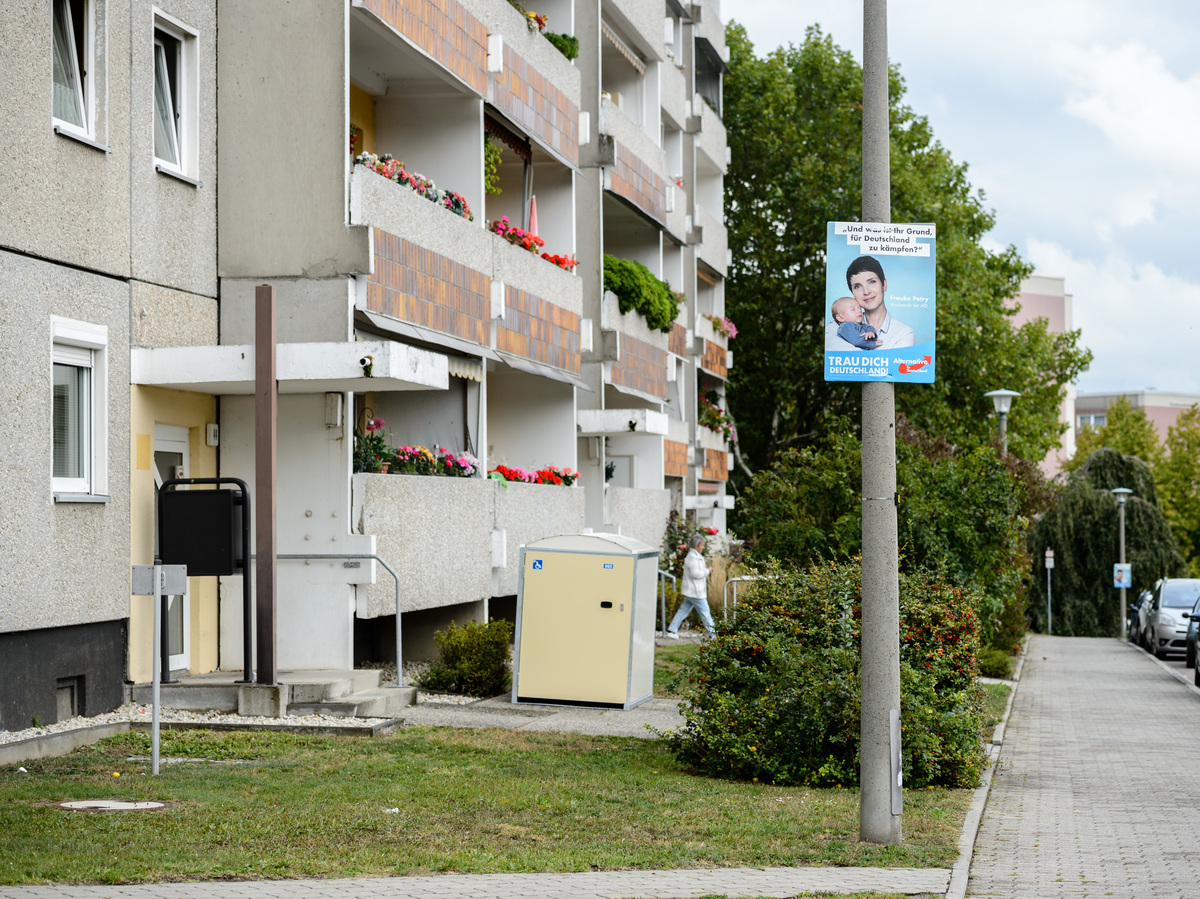 An election campaign poster for the right-wing Alternative for Germany hangs in Dresden, in Germany's east.

Joachim Ragnitz, the managing director of the Institute for Economic Research in Dresden, says the region's historical past may also help explain why the AfD proved attractive to voters there: "Many people in East Germany have not yet understood that democracy thrives on pluralism," he says. "This makes them more vulnerable to accepting easy and autocratic messages."

A 'sentiment of estrangement'

Jackson Janes, president of the American Institute for Contemporary German Studies, says there are similarities between American supporters of President Trump and Germany's AfD voters, especially in the "loss of trust in political institutions and greater attraction to a more emotional political pitch. Also, the core of the support for both is found in rural environments populated by those seen as having been left behind in terms of infrastructure, jobs and challenges to traditional identity factors."

Ultimately, he says, it is "the combination of economic disadvantage, cultural dissonance and political alienation that creates the desire to express such frustration not by identifying with a program, but rather identifying with a catalyst, like Trump. Or in eastern Germany, with a backlash."

Toralf Staud, a German journalist who closely follows right-wing extremism, says some people in the former East Germany "still do not look at the Federal Republic of Germany as their country. There is a significant sentiment of estrangement."

That must be taken seriously, he believes. and unequal treatment should be corrected. For example, retirement payments in the former East Germany are less than in the western part of the country.

"These injustices should be taken care of," he says. "But all of this needs to be accompanied by a narrative such as 'You belong to us. You have a say.' "