Accessibility links
80 Years On, Dominicans And Haitians Revisit Painful Memories Of Parsley Massacre : Parallels This week marks the anniversary of the 1937 massacre, in which Dominican soldiers targeted Haitians living near the Dominican-Haitian border. A team from NPR's Latino USA gathered survivors' memories. 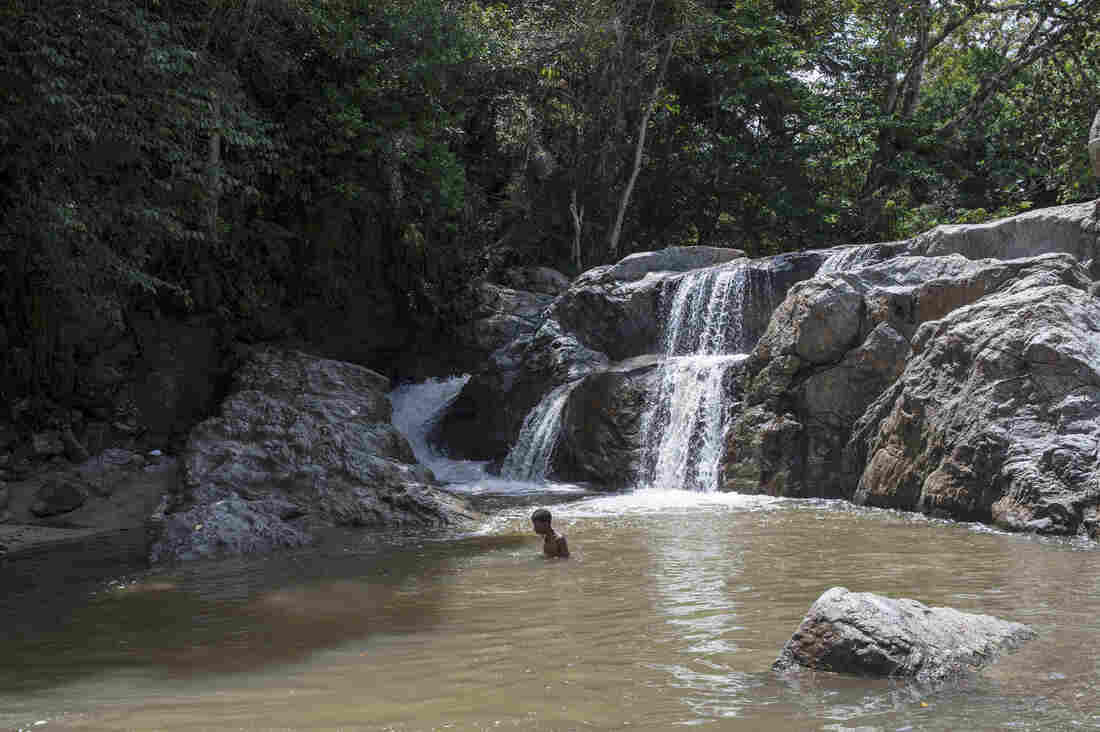 A boy cools down near a waterfall in Loma de Cabrera, Dominican Republic, near the border with Haiti. Local legend has it that Haitians hid in the caves behind the waterfall during the 1937 massacre. Tatiana Fernandez for Latino USA hide caption

Even before Dominican dictator Rafael Trujillo carved it in blood, the 224-mile border dividing the island of Hispaniola between Haiti and the Dominican Republic was complicated. Tensions between the two countries stemmed back to a 19th century war. But in many ways, the border, which existed mostly on paper, was a notably seamless site: Children crossed back and forth freely to go to school on one side and home on the other. Sprawling cattle ranches spanned the divide, and Dominicans and Haitians mingled and intermarried frequently.

A Border Drawn in Blood

A Border Drawn in Blood

That ended on Oct. 2, 1937, when the Dominican military, under Trujillo's orders, began to execute Haitian families as well as Dominicans of Haitian descent. The killings, many of which took place in the border region, were mostly carried out by machete to help sell the regime's official account that the massacre was a spontaneous uprising of patriotic Dominican farmers against Haitian cattle thieves.

The killing lasted between five and eight days. Afterward, there was a moratorium on newspapers covering the massacre, and Trujillo refused to publicly admit his government's role or accept responsibility.

After the dictator was assassinated in 1961, researchers began to investigate what had been an off-limits subject, conducting interviews, digging through documents and putting together the pieces of what happened. Estimates of the number of dead still vary widely — from less than 1,000 to 30,000. Mass graves were never found.

Commonly known as the Parsley Massacre — Haitians and Dominicans pronounce the Spanish word perejil differently and, according to a popular though unconfirmed story, this was used as a litmus test of their origins — the killings are now acknowledged by Dominican society at large and taught in schools. But in many ways, the massacre remains a historical footnote, seen as an uncomfortable reminder of a brutal past.

Eighty years after the Parsley Massacre, survivors and descendants of those who lived through that time shared their stories with a team from NPR's Latino USA. 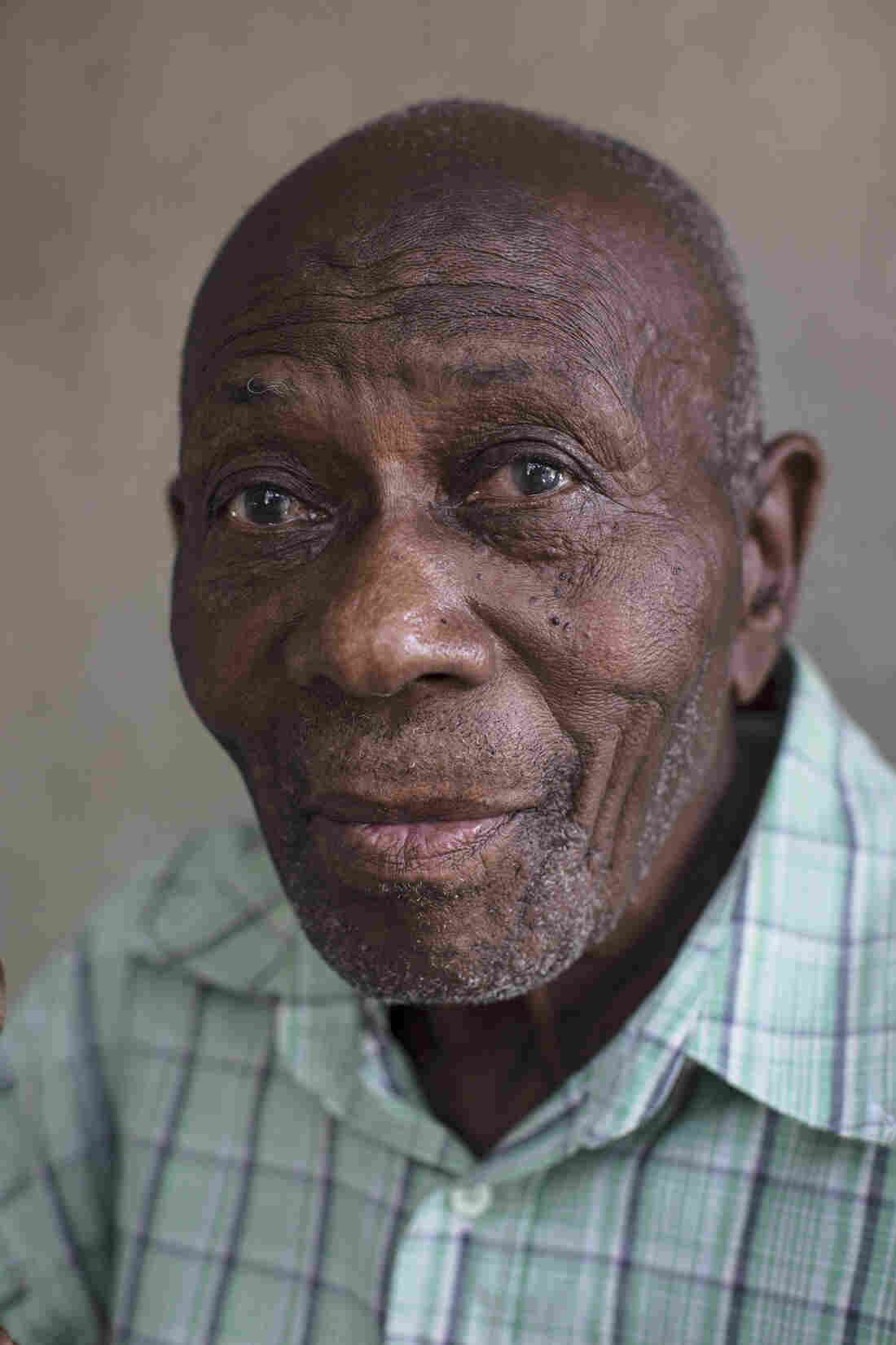 Francisco Pierre, 90, was born to Haitian and Dominican parents in Loma de Cabrera, a Dominican town near the border with Haiti. He was 10 when a neighbor stopped by his house and called out, "Jump up and go across to Haiti right now, because they're killing people in the village."

Pierre remembers filling a calabash with rice, loading up the family donkey and fleeing with his grandmother toward Haiti. Along the way, they passed the corpses of those who didn't make it. He lives in Ouanaminthe, Haiti, and has only returned once to the Dominican Republic — to visit a hospital when he was seriously ill. "I was scared of Dominicans," he says.

A 'Massacre River' to safety 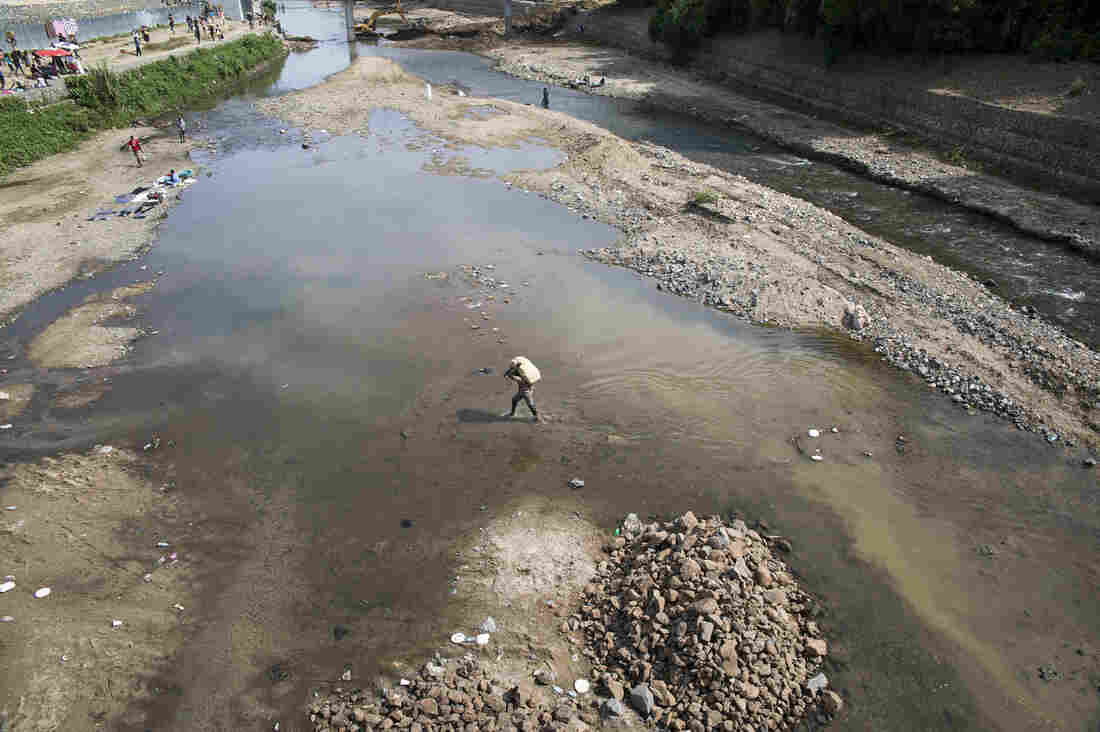 The Massacre River — named not for the 1937 killings, but an earlier massacre — marks the border in the northwest of the Dominican Republic. Many Haitians fleeing Trujillo's army crossed this river to reach safety in 1937. These days, Haitian merchants buying agricultural products in the Dominican Republic cross the river daily to avoid customs officials.

"My father worked the land," recalls Germéne Julien (right), 83, born in the Dominican Republic. "He left behind a huge garden of yucca, rice and many other things." She was 3 years old when she fled with her parents and remembers they crossed the border in the afternoon. "Many members of my family were traveling from Montecristi and died on the journey," she says.

In Haiti, where she lives today in a simple, mud-walled house (left), they had to start from scratch. "If we had known this would have happened in advance, we could have brought over the things we lost," she says.

'I will fix this' 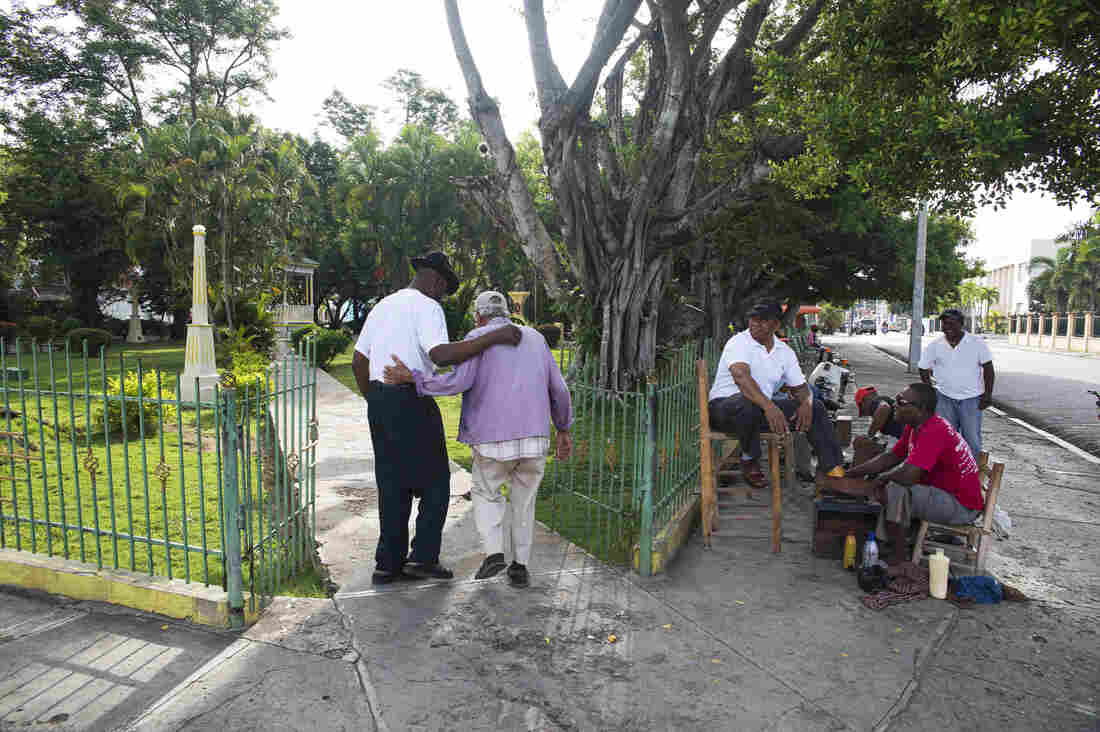 Across the street from this park in Dajabon, Dominican Republic, is the site of what used to be a government building where Trujillo, on a tour of the border area, is said to have told supporters about the massacre on Oct. 2, 1937. He claimed falsely that Haitian marauders were attacking Dominican farmers. According to a contemporary account, he said, "To the Dominicans who were complaining of the depredations by Haitians living among them thefts of cattle, provisions, fruits, etc., and were thus prevented from enjoying in peace the products of their labor, I have responded, 'I will fix this.' And we have already begun to remedy the situation."

Under pressure from the United States, Mexico and Cuba, Trujillo paid an indemnity of $525,000 in 1938 (equivalent to about $9 million today) to the Haitian government, which used a portion of the money to set up colonies for refugees from the massacre. Survivor Gilbert Jean, 93, (left) lives in Dosmond, one of those colonies. He says his family was friendly with local officials, who warned them about the coming massacre so they could flee before the soldiers caught them. "Trujillo did it because he hated us, because he didn't want to see black people in his country. It was in his roots to be racist," he says.

Willy Azema, president of the Dosmond colony and a descendant of survivors, points (right) to a list of refugees and the land apportioned to them. "Our relatives came here with nothing but the clothes on their back," he says. He points out the poor housing and lack of a medical clinic and drinkable water in the colony. "Look around, we aren't living the way a human being should live, and it's the fault of the people who committed the massacre," he says. 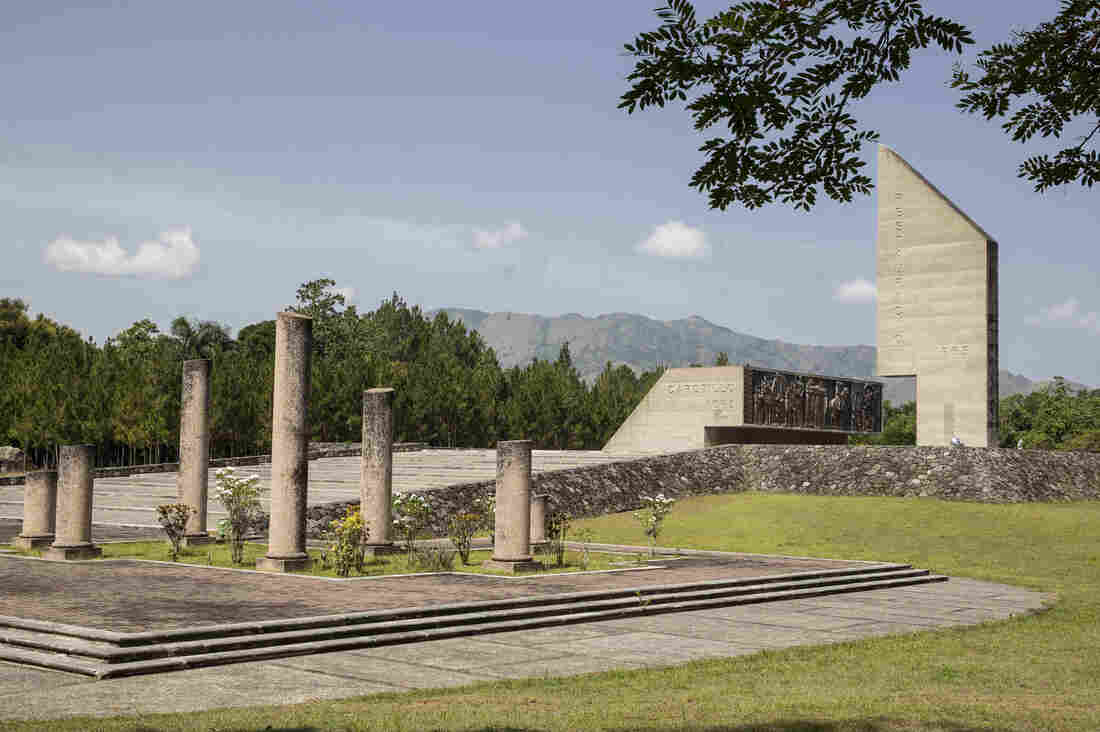 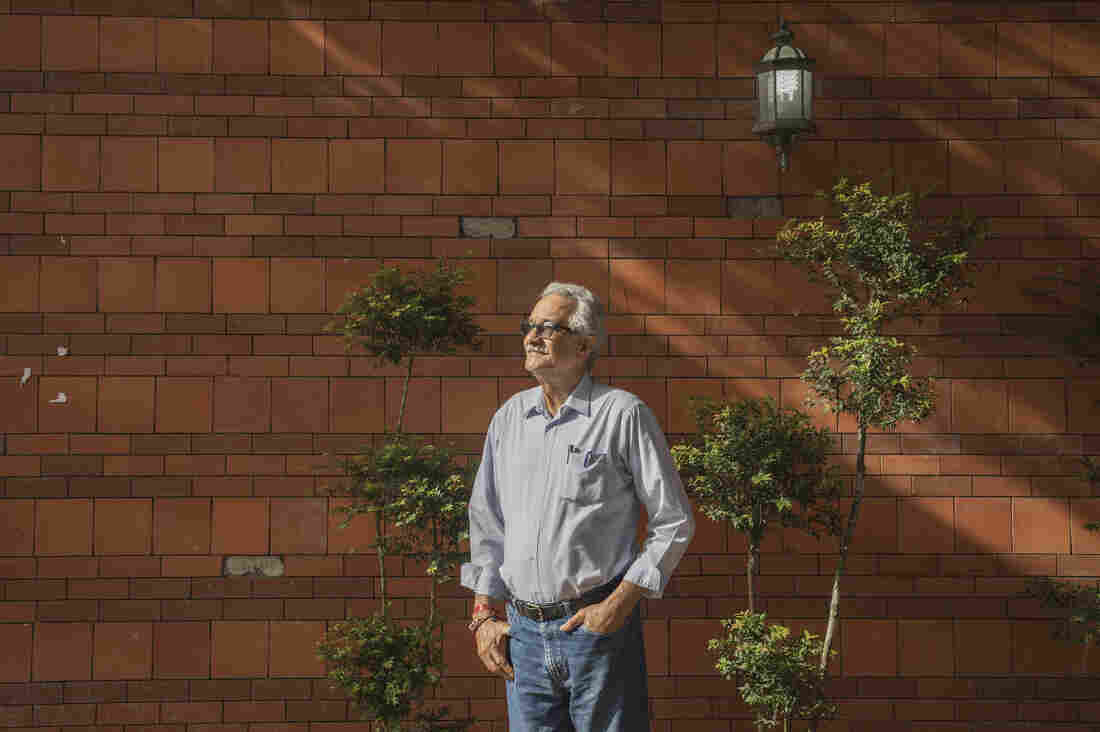 Regino Martinez, a Jesuit priest based in the Dominican border city of Dajabon, believes that dialogue about the 1937 massacre would help Dominican-Haitian relations — which remain tense today. He is involved in an annual commemoration of the massacre in Dajabon called Border of Lights, organized by a group of international scholars and activists, including many Dominicans and Haitian-Americans.

'Dominicans and Haitians fell in love then, just like today' 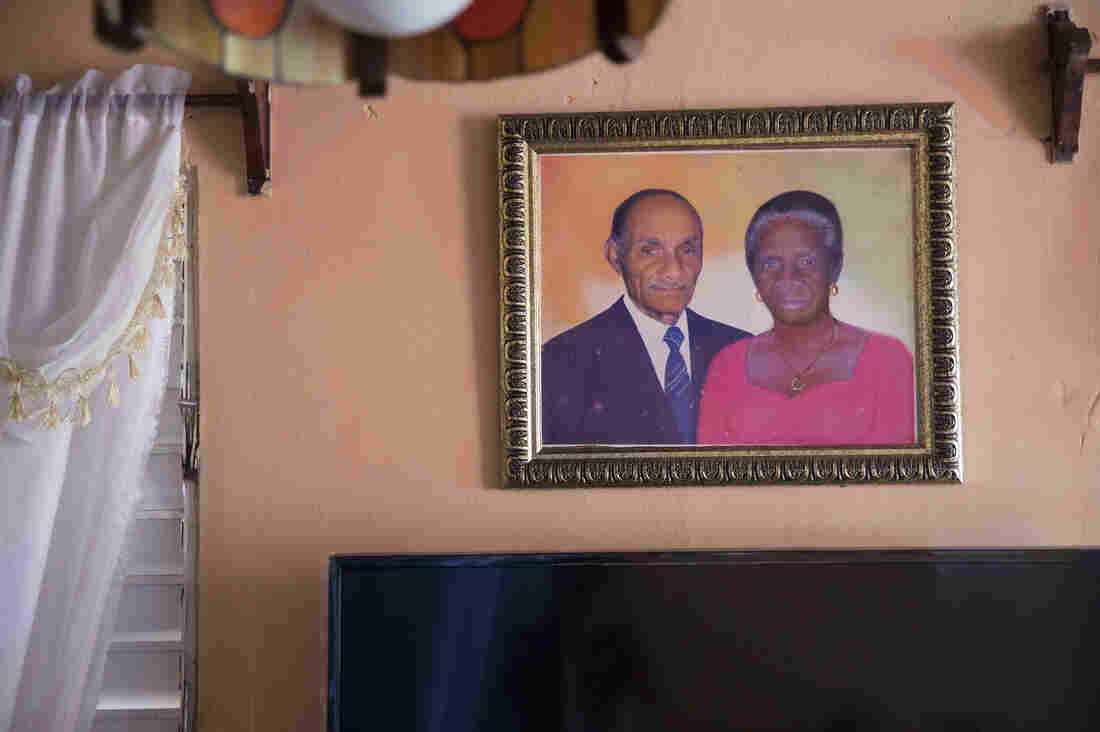 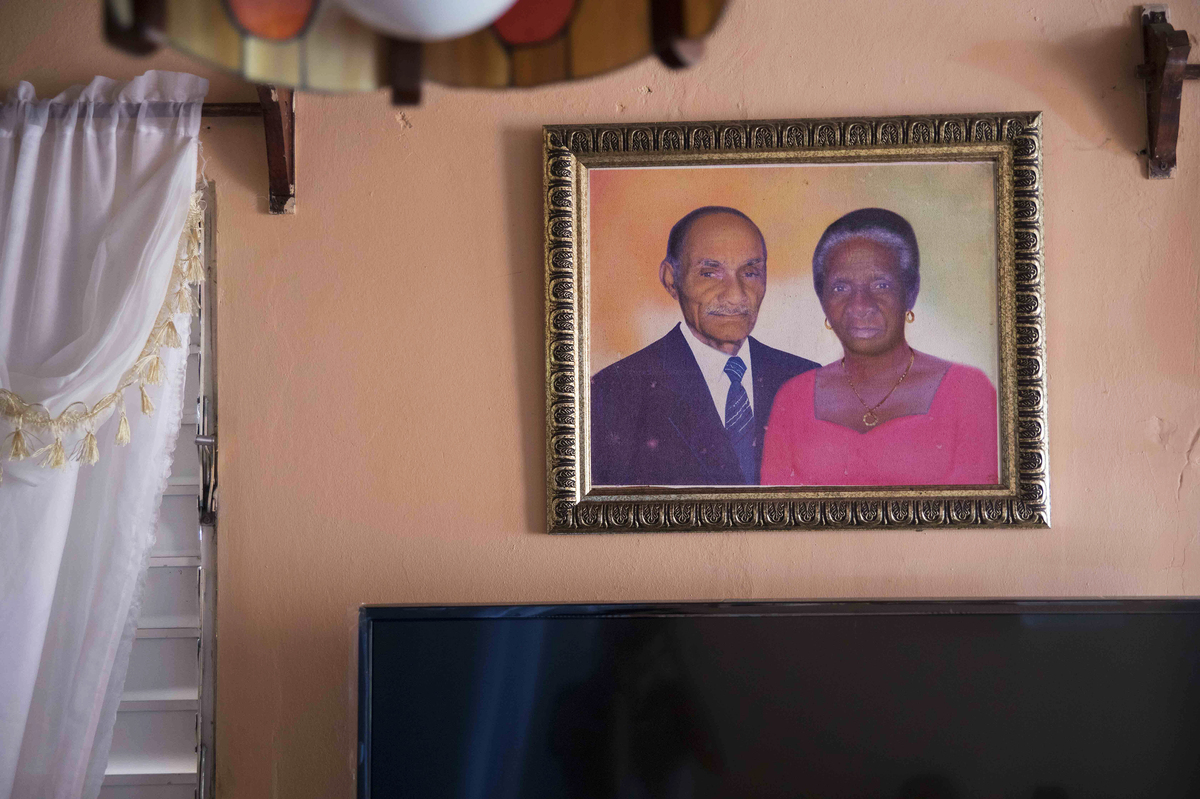 Paulina Recio, 84, keeps a portrait of her and her late husband in her living room in Restauración, Dominican Republic. Paulina is half-Dominican, half-Haitian. "Dominicans and Haitians fell in love then, just like today," she says. When she grew up in Restauración, she says, it was a completely Haitian town. "Dominicans didn't live here, it was Haitians."

Part of Trujillo's "Dominicanization" process after the massacre involved bringing new Dominican settlers and infrastructure to towns on the border. Another was replacing place names, which often were in French or Haitian Creole, to patriotic-sounding names in Spanish. A new province in the Dominican northwest was named Liberator. 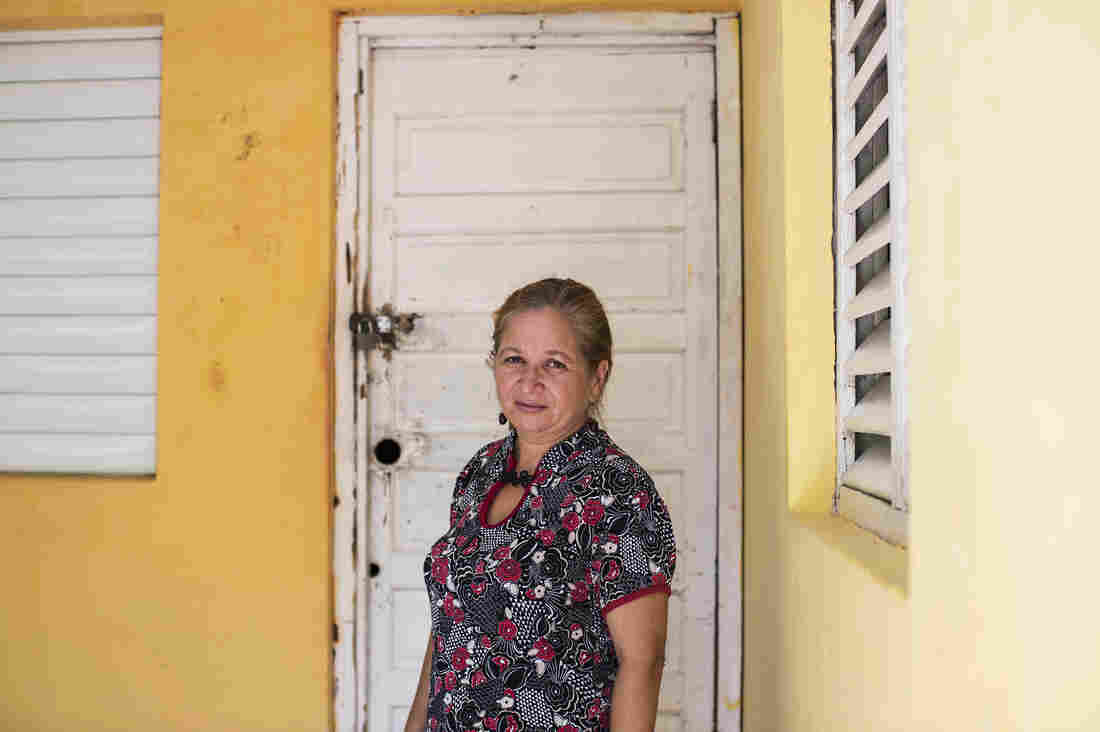 Nancy Betances' grandfather Rafael Enrique Betances was a Dominican military officer stationed in Loma de Cabrera during the massacre. "He had to participate and kill," she says. Now she tries to make amends by helping Haitian immigrants. More than 660,000 Haitians and their descendants live in the Dominican Republic, according to a U.N. census in 2012. Not everyone in town appreciates Betances' efforts. "People say that [my grandfather] defended the country," she says, "and that he'd be rolling over in his grave if he knew what I was doing." 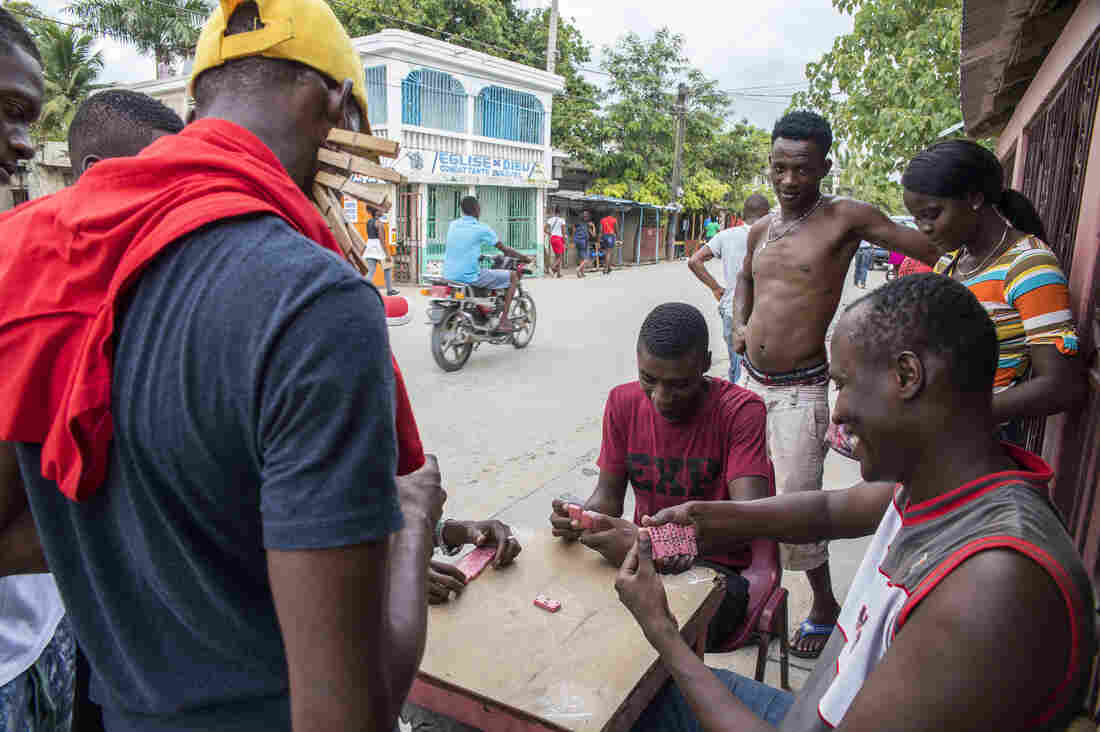 Playing dominoes is a passion shared by people on both sides of the border. In the Haitian border town of Ouanaminthe, residents relax with an afternoon game. Eighty years after the massacre, tensions between the Dominican Republic and Haiti remain high, in part because of the large numbers of Haitian immigrants who come to the Dominican Republic to work for low wages in fields like construction. One right-wing Dominican politician has suggested building a wall on the border to send a message to migrants. Yet in the border region itself, where Haitians and Dominicans interact in markets, schools and other places every day, people mostly get along well. 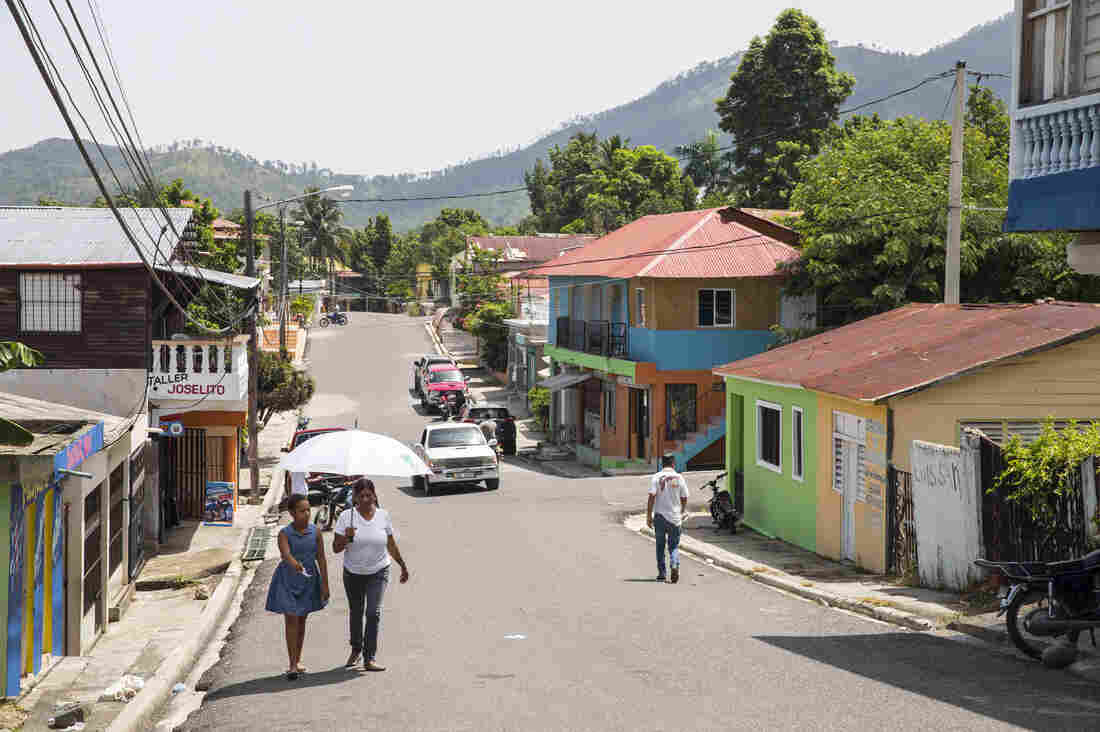 People walk down a street in Loma de Cabrera, Dominican Republic. In many ways, the Parsley Massacre remains a historical footnote in the country, seen as an uncomfortable reminder of a brutal past. Tatiana Fernandez for Latino USA hide caption

Marlon Bishop, a producer for NPR's Latino USA, traveled to the Dominican-Haitian border region with Dominican freelance photographer Tatiana Fernandez to find survivors of the Parsley Massacre and document their memories. A Latino USA radio special commemorating the 80th anniversary of the 1937 killings aired this week on NPR stations.