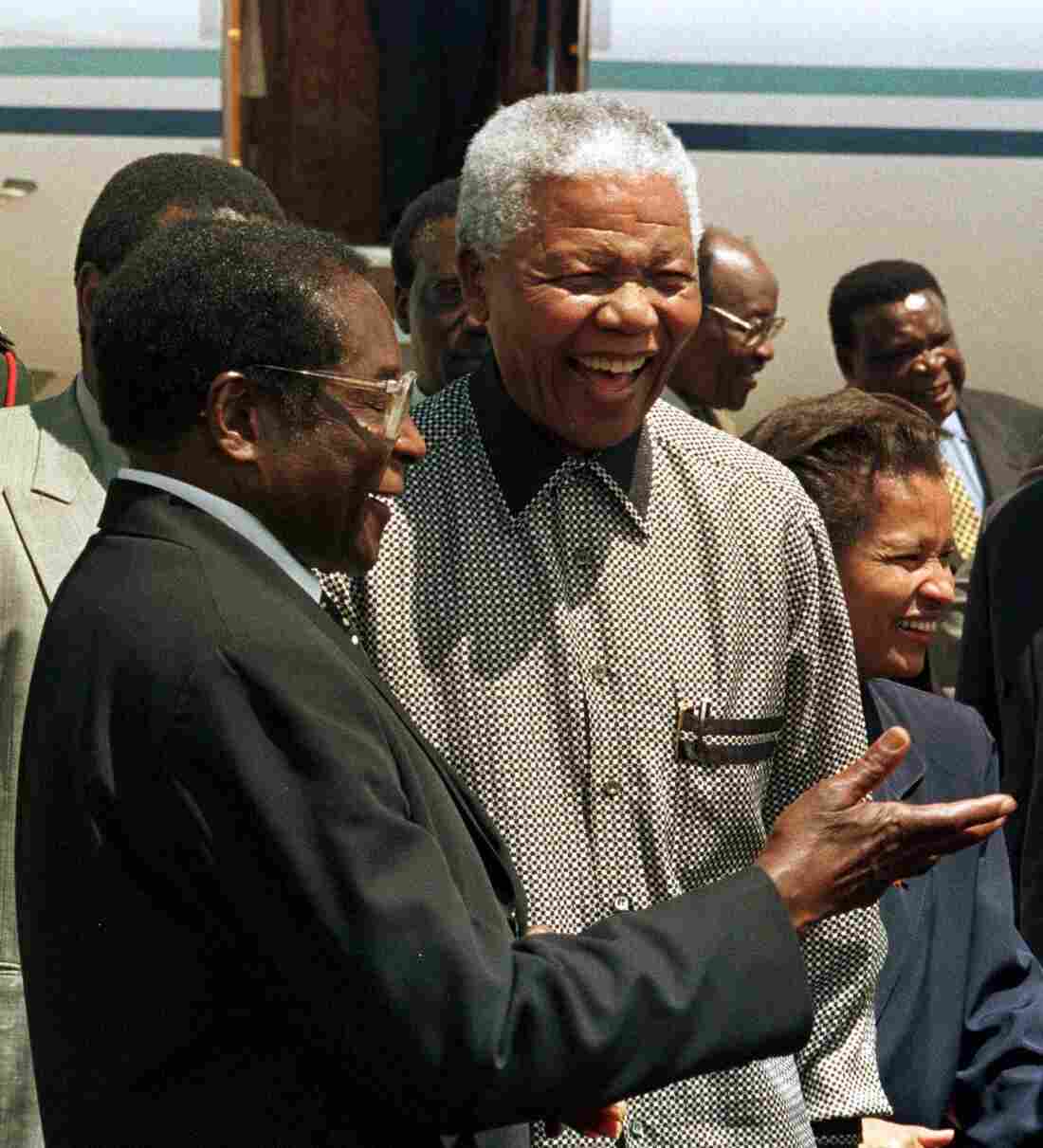 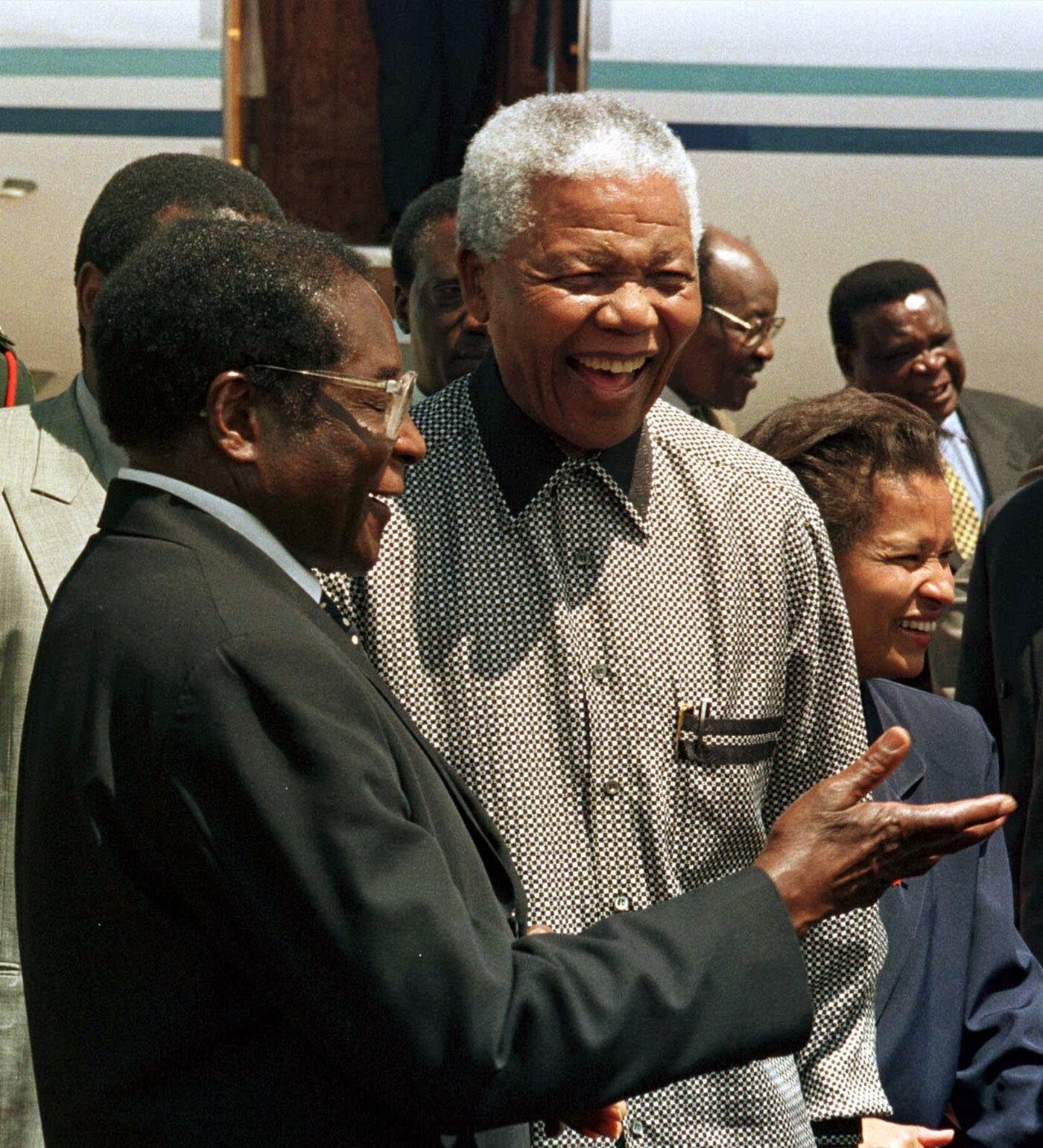 Editor's Note: This is an updated version of a story that was originally published on July 28, 2013.

When South Africa's Nelson Mandela died in 2013 at age 95, the international community celebrated him as an iconic figure, a symbol of hope and statesmanship, the man who guided a troubled country from apartheid to democracy.

Just to the north, in Zimbabwe, the long rule of President Robert Mugabe, 93, drew to a close Tuesday with his resignation, touching off celebrations in the capital Harare. Mugabe's 37 years in power were marked by authoritarian rule, economic collapse and international isolation.

Mandela and Mugabe have been the two most prominent leaders on the continent since African nations began achieving independence a half-century ago. They shaped their countries in dramatically different ways, yet before coming to power, they had remarkably similar lives.

Martin Meredith, a British author who wrote biographies of both men, sums them up this way:

"Both were born in an era when white power prevailed throughout Africa, Mandela in 1918, Mugabe in 1924. Both were products of the Christian mission school system, Mandela of the Methodist variety, Mugabe of the Catholic. Both attended the same university, Fort Hare in South Africa. Both emerged as members of the small African professional elite, Mandela a lawyer, Mugabe a teacher. Both were drawn into the struggle against white minority rule, Mandela in South Africa, Mugabe in neighboring Rhodesia. Both advocated violence to bring down white-run regimes. Both endured long terms of imprisonment, Mandela, 27 years, Mugabe, 11 years."

Mugabe led a successful guerrilla campaign that led to the demise of white-ruled Rhodesia and he was inaugurated as president of the newly independent nation of Zimbabwe in 1980.

Peter Godwin, a white Zimbabwean, was attending university in Britain in 1980, but decided to return home, as did many of his friends living abroad.

"We thought Zimbabwe had a great future, and I went home determined to play a part in it," says Godwin, who has written several books deeply critical of Mugabe's rule, including The Fear in 2010. "We thought we would get past the war and the racial issues, and this would be a bold, new experiment that would succeed." 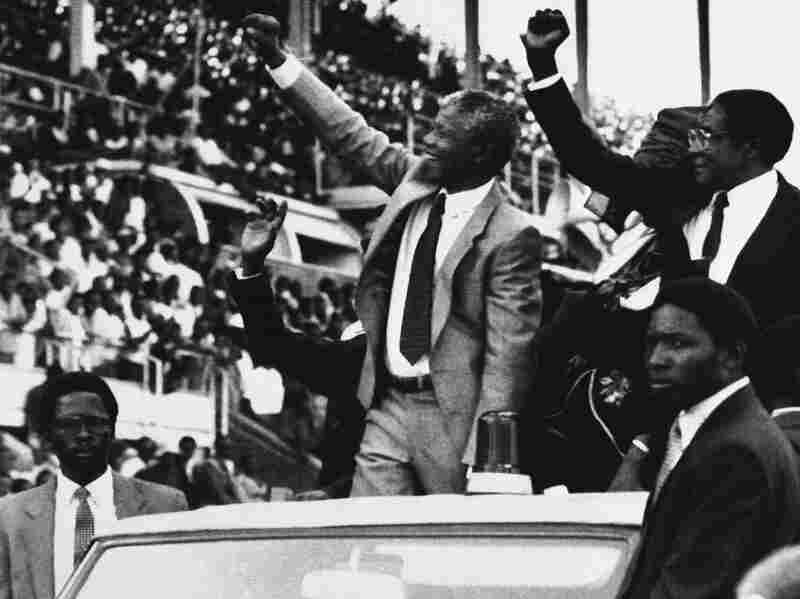 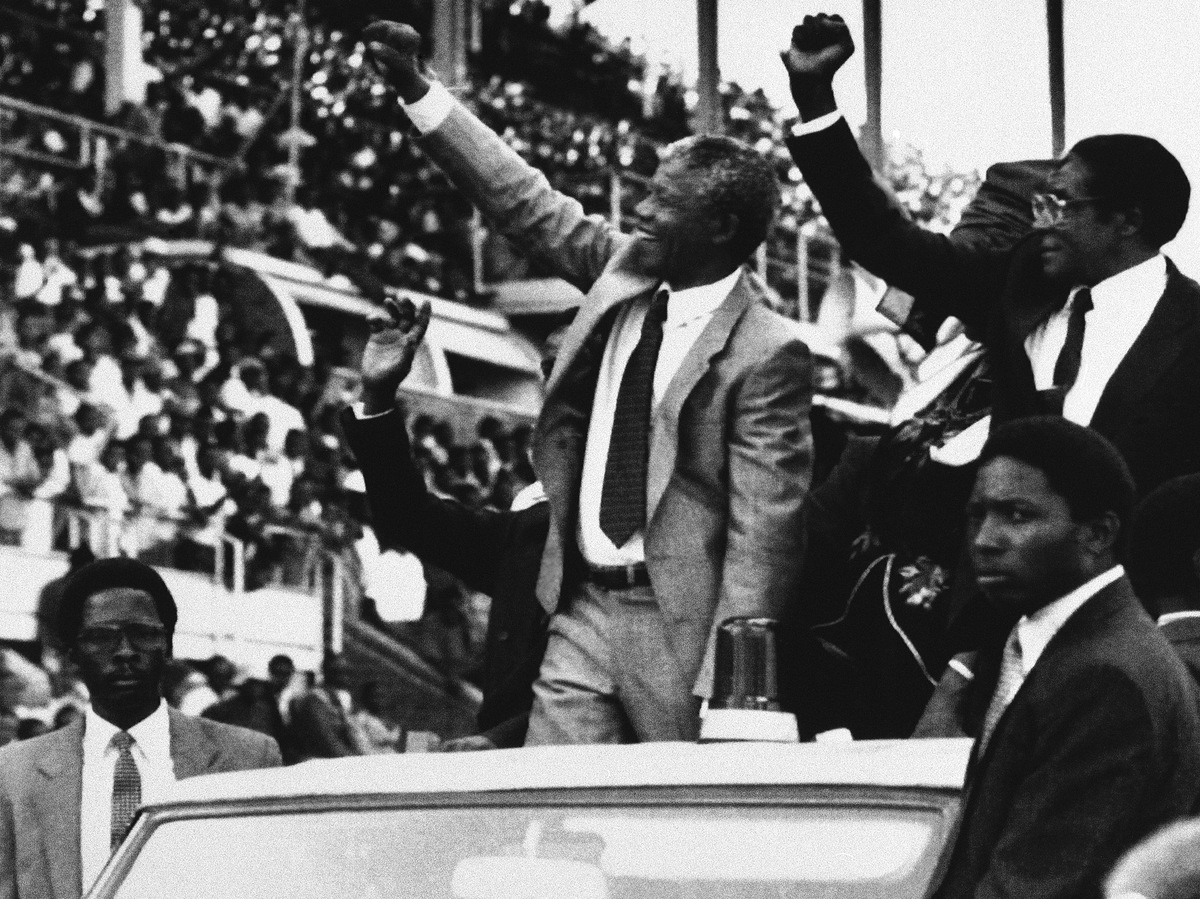 In contrast, there was no such optimism in South Africa at that time. The country's white leaders remained firmly entrenched. Mandela had been in prison for close to two decades and there was no sign his release was on the horizon.

His movement, the African National Congress, was banned in South Africa and operated from the sleepy city of Lusaka, Zambia, hundreds of miles from the South African border.

Gazing into the future from the vantage point of 1980, it would have been reasonable to predict that Zimbabwe had better prospects than South Africa.

But Meredith, the British author, points to what he considers a crucial difference between Mandela and Mugabe.

"Whereas Mandela used his prison years to open a dialogue with South Africa's white rulers in order to defeat apartheid, Mugabe emerged from prison bent on revolution, determined to overthrow white society by force. Military victory, said Mugabe, would be the 'ultimate joy,'" Meredith notes.

Once in power, Mugabe's military waged a brutal campaign against a rival black movement in the early 1980s, leaving an estimated 20,000 dead and setting the tone for dealing with any group seen as a potential rival, says Godwin.

When Mandela was released from prison in 1990, he negotiated with the country's white leaders for four years to end apartheid. As the country's first black president, he consistently preached national unity, sometimes to the point of irritating the country's blacks, who felt he was too conciliatory.

And on a continent where many leaders rule until they are overthrown or die, Mandela served just one five-year term and then retired in 1999.

Mandela was lauded for this highly unusual move, for relinquishing power even though the South African constitution allows for a second term.

"I would meet with counterparts from other parts of Africa," Mattison says, "and they would say, very emotionally, he deserved a second Nobel Prize for peace for stepping down because of the example it set in Africa, because so many people in Africa, even in government, are so frustrated that their leaders never step down. Once they get in, they stay. And he was very clear about the constitutional state he wanted to set up and be a precedent for."

In contrast, the longer Mugabe remained in power, the more authoritarian he became, Godwin said.

"Mugabe has been absolutely consistent. From the very beginning, he realized he could get what he wanted through violence," says Godwin, who now lives in New York.

Mandela and other South African leaders rarely criticized Mugabe, arguing that quiet diplomacy was a better option. However, Mugabe has rarely held his tongue, and even took pokes at Mandela.

"Mandela has gone a bit too far in doing good to the non-black communities, really in some cases at the expense of [blacks]," Mugabe told South Africa's Sunday Independent in 2013. "That's being too saintly, too good, too much of a saint."

Both countries face a difficult road ahead.

In South Africa, Mandela's African National Congress has dominated the country since 1994, and many now accuse the party of rampant corruption and straying far from Mandela's example.

In Zimbabwe, it was not immediately clear who would take Mugabe's place, though his ZANU-PF party is still the dominant political force. Whoever takes over will have to deal with a country ravaged by decades of misrule.