Accessibility links
5 Key Points On Jerusalem : Parallels Jerusalem has been contested for millennia and its status remains unresolved to this day. Here are some key things to understand about the disputed city. 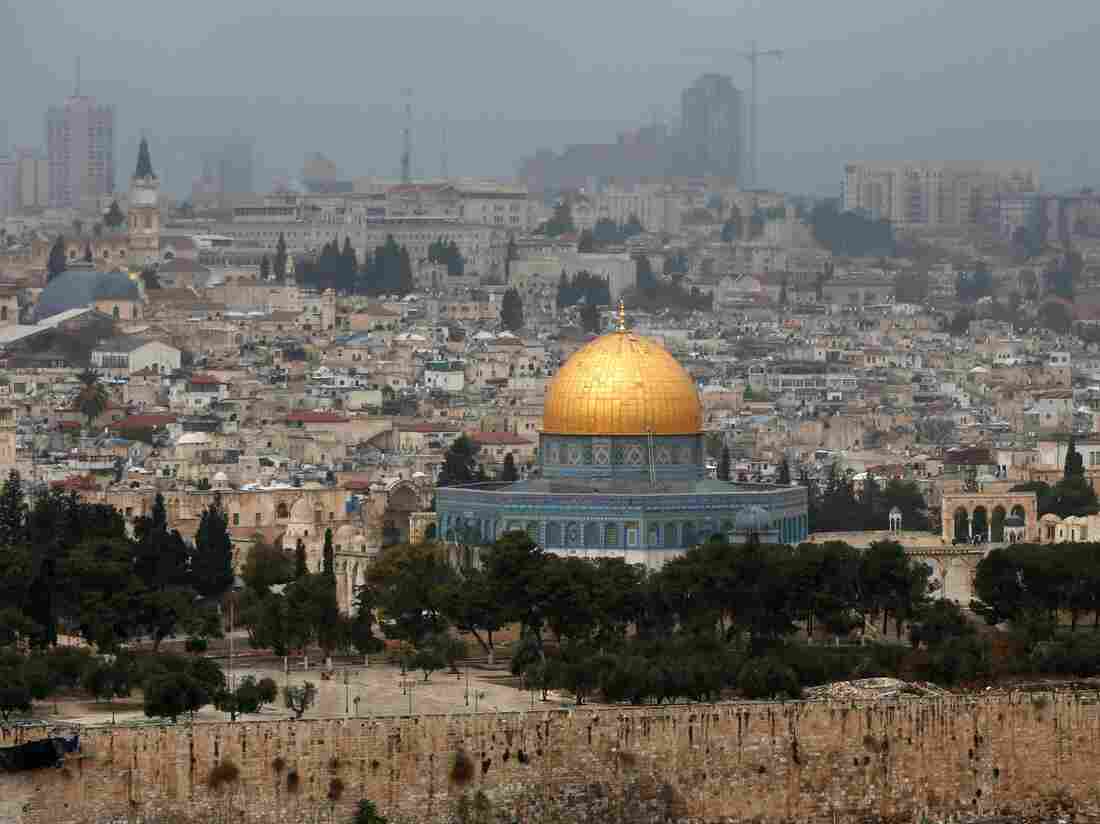 A picture taken from the Mount of Olives shows the Old City of Jerusalem with the Dome of the Rock. President Trump on Wednesday recognized Jerusalem as Israel's capital, upending decades of U.S. policy and ignoring dire warnings from Arab and Western allies alike. Ahmad Gharabli/AFP/Getty Images hide caption 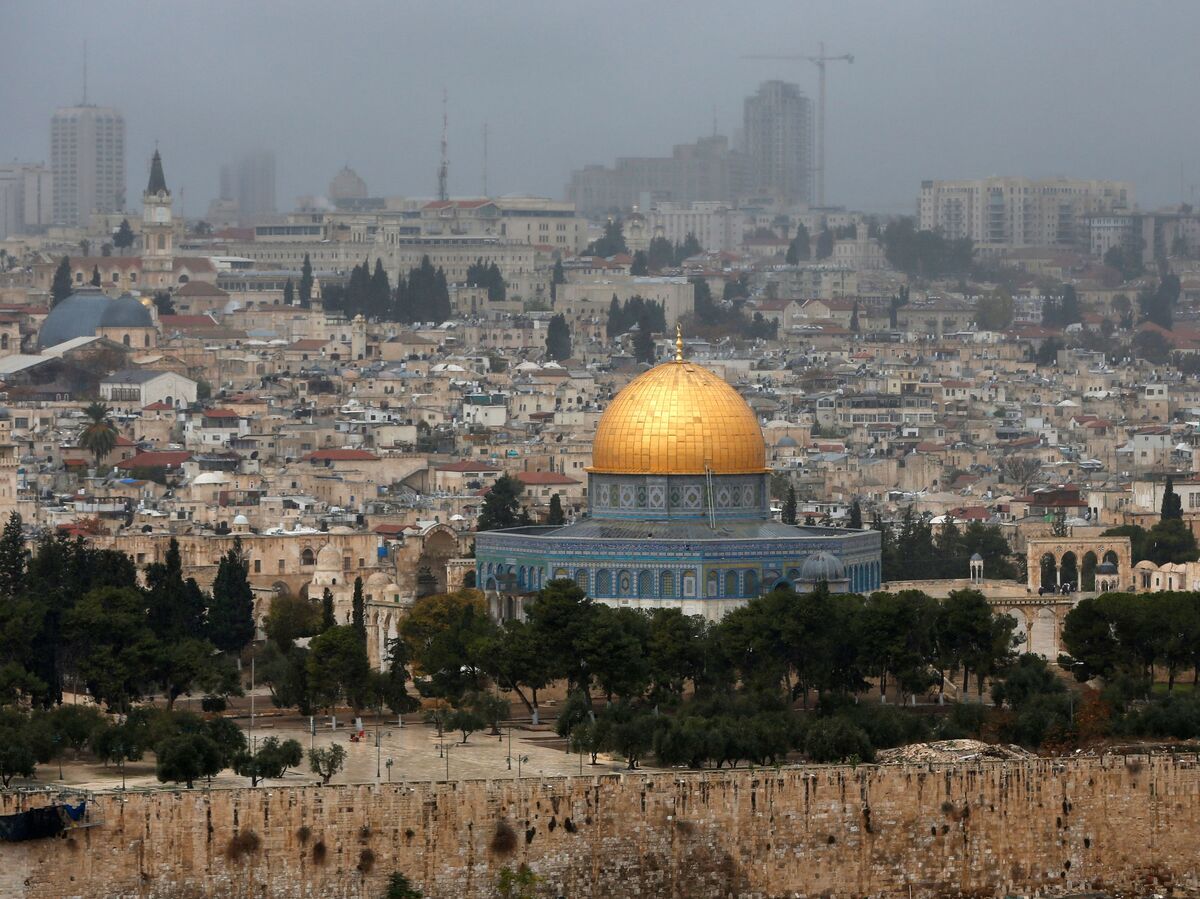 A picture taken from the Mount of Olives shows the Old City of Jerusalem with the Dome of the Rock. President Trump on Wednesday recognized Jerusalem as Israel's capital, upending decades of U.S. policy and ignoring dire warnings from Arab and Western allies alike.

Jerusalem has been contested for millennia and its status remains unresolved to this day. The Israelis claim the entire city as their capital, while the Palestinians are seeking a capital in the eastern part of the city for a future state.

The U.S. position has long been that the city's status should be settled in negotiations between the two sides.

President Trump broke from that policy by announcing Wednesday that the U.S. recognizes Jerusalem as Israel's capital and by planning to move the embassy from Tel Aviv to Jerusalem.

Here are five key points about the disputed city:

1. Jerusalem has often been a flashpoint

Deadly riots targeting Jewish communities erupted in 1929 over the city's most contentious holy site, known as the Temple Mount to Jews and the Noble Sanctuary to Muslims. Recognizing the religious sensitivities, the United Nations proposed a partition plan in 1947 that created two separate states but called for Jerusalem to be under international control.

The plan was approved, but fighting following Israel's declaration of independence left the city divided. Jordan occupied the east; Israel, the west. It remained this way until the 1967 Six-Day War, when Israel captured the eastern part of the city as well and claimed all of it as its capital. Amid peace negotiations in 2000, Ariel Sharon, then the Israeli opposition leader, visited the Temple Mount/Noble Sanctuary. Palestinians rioted the next day and it turned into a five-year uprising, the Second Intifada.

The Jewish temple, destroyed by Rome in A.D. 70, was located on a plateau that is now home to the Al-Aqsa Mosque and the Dome of the Rock, a centuries-old shrine that Muslims revere as the place where the Prophet Muhammad ascended to heaven. The Western Wall, located below the plateau, is part of the ancient temple complex and the most sacred site of Jewish prayer. Nearby, according to Christian belief, are the sites of Jesus' Crucifixion, death and Resurrection. 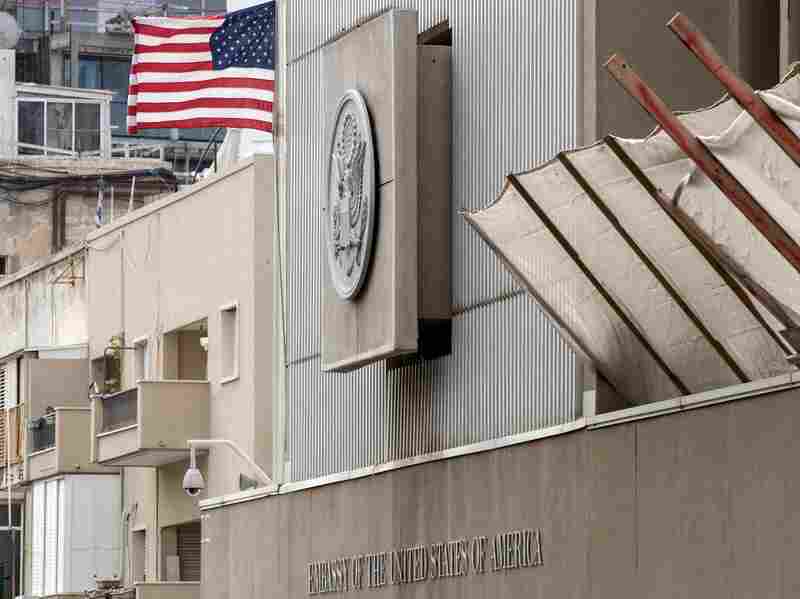 The U.S. Embassy in Tel Aviv does not have responsibility for Jerusalem, the West Bank or Gaza. Jack Guez/AFP/Getty Images hide caption 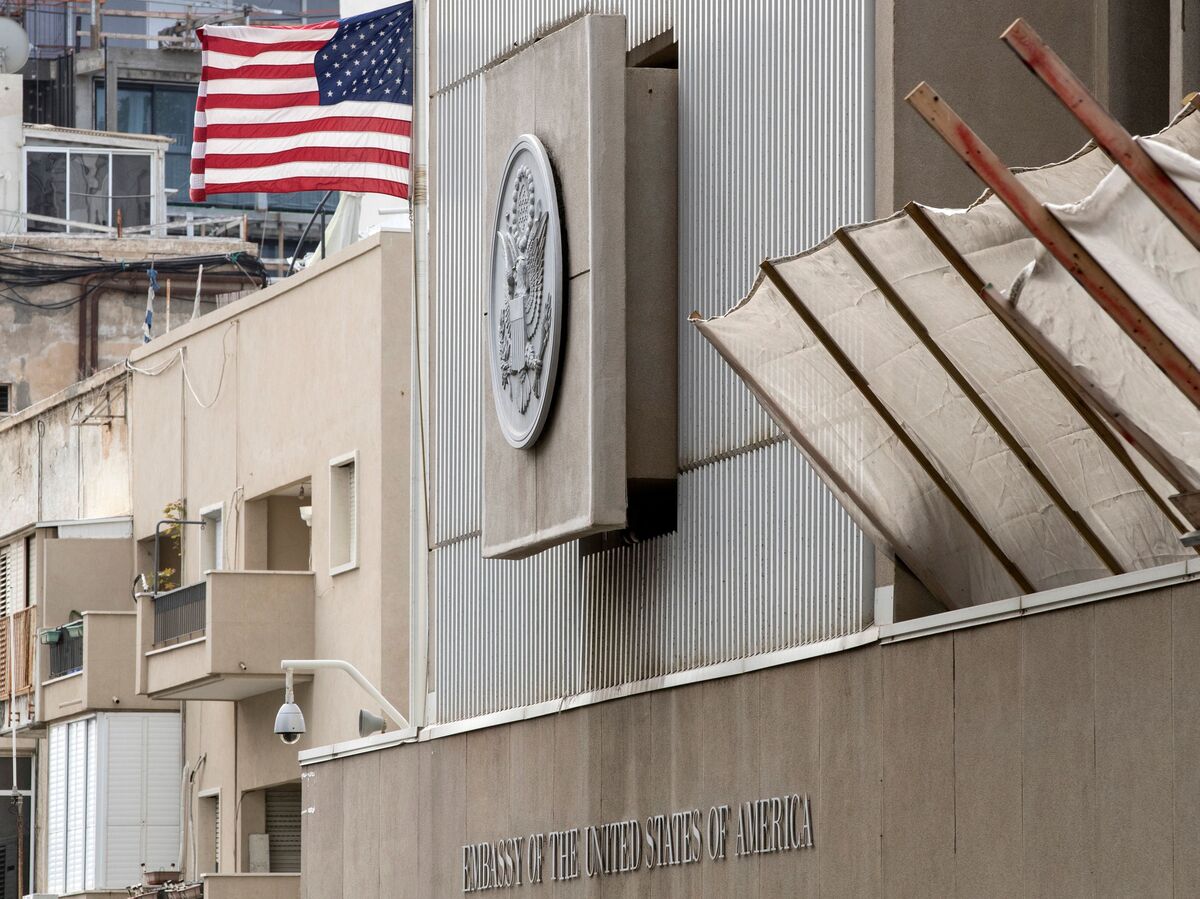 The U.S. Embassy in Tel Aviv does not have responsibility for Jerusalem, the West Bank or Gaza.

Palestinian Arabs make up nearly 40 percent of Jerusalem's population and live almost exclusively in the east. They are legal residents but not citizens of Israel.

Following Israel's capture of East Jerusalem in 1967, the city's borders were redrawn, tripling its size. Some 200,000 Jewish Israelis have moved to the eastern side of the city, and a small number of Jewish nationalists have established residence within traditionally Arab neighborhoods.

Arab residents of East Jerusalem typically do not participate in municipal elections, so as not to recognize Israel's sovereignty over the city. The two communities have little social interaction.

4. 10 U.S. presidents have tried to bring peace to the Middle East

Just 11 days after the 1967 war, President Lyndon Johnson laid out a five-point plan for peace, which included "territorial integrity for all." Johnson's plan didn't go anywhere, but it established the principle of U.S. presidents trying to broker peace between the Israelis and the Palestinians.

President Bill Clinton hosted two weeks of talks at Camp David in 2000, the closest the two sides ever came to a deal. Trump is now the 10th U.S. president dealing with the conflict.

The United States maintains a consulate in Jerusalem, an independent mission that represents the U.S. in Jerusalem, the West Bank and Gaza. The U.S. Embassy in Tel Aviv does not have responsibility for these areas.

The consulate consists of a historic building in West Jerusalem and a much larger new facility built in the south of the city, directly on the so-called Green Line, the 1949 armistice line between Israel and Jordan.

The Trump administration is choosing not to designate this modern facility as an embassy and instead plans to build another building elsewhere in Jerusalem, a process that will take years.