Accessibility links
Tillerson's North Korean Overture Highlights His Credibility Problem : Parallels The secretary of state says the U.S. would be willing to engage North Korea "without preconditions." But he has signaled support for talks before, only to be publicly rebuked by the president. 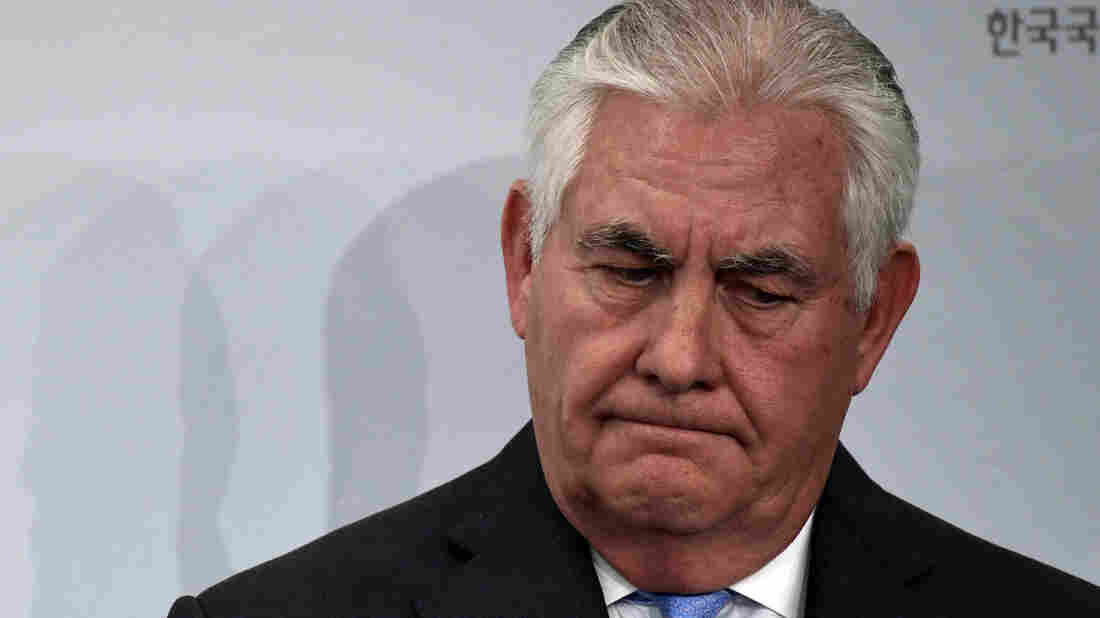 Secretary of State Rex Tillerson waits to speak at the 2017 Atlantic Council-Korea Foundation Forum in Washington, D.C., on Tuesday. He told the audience the U.S. shouldn't require North Korea to promise to give up its nuclear weapons as a condition of holding talks. Susan Walsh/AP hide caption 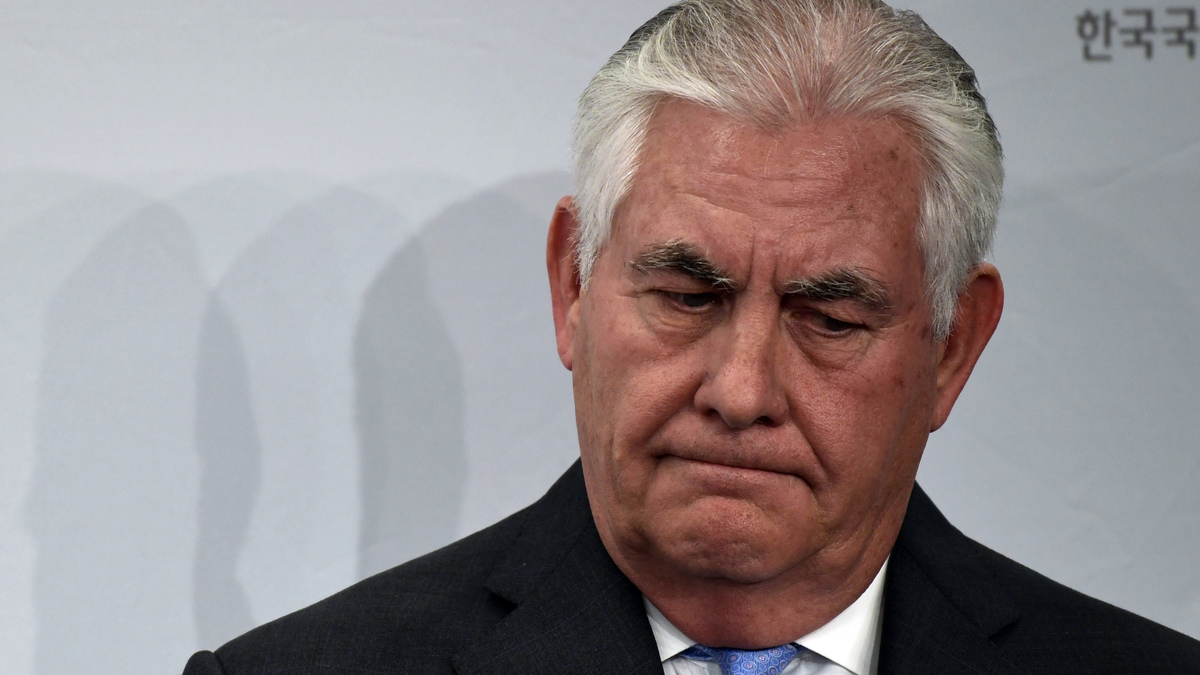 Secretary of State Rex Tillerson waits to speak at the 2017 Atlantic Council-Korea Foundation Forum in Washington, D.C., on Tuesday. He told the audience the U.S. shouldn't require North Korea to promise to give up its nuclear weapons as a condition of holding talks.

Secretary of State Rex Tillerson is ready to talk about talking to North Korea.

"We're ready to talk anytime North Korea would like to talk. And we're ready to have the first meeting without precondition," he said, in remarks Tuesday at the Atlantic Council, a think tank in Washington, D.C.

It sounds like a chance for a diplomatic resolution to the dangerous nuclear crisis with North Korea, which has gotten tenser in recent months after North Korea's sixth nuclear test and two successful launches of intercontinental ballistic missiles. Throughout 2017, incendiary threats and name-calling have flown from the U.S. and Pyongyang, the North Korean capital, and the U.S. policy of "maximum pressure" has led to increasing sanctions to starve North Korea of resources.

Now, the secretary of state is saying the U.S. wants to sit down with North Korean leaders.

Tillerson Says He Would Meet With North Koreans, Even Without Denuclearization Talks

Tillerson Says He Would Meet With North Koreans, Even Without Denuclearization Talks

"We can talk about the weather if you want," Tillerson said, in his overture to North Korea. "We can talk about whether it's going to be a square table or a round table if that's what you're excited about. But can we at least sit down and see each other face to face? And then we can begin to lay out a map, a road map of what we might be willing to work towards. I don't think — it's not realistic to say we're only going to talk if you come to the table ready to give up your program."

Some North Korea security watchers — like Van Jackson — are skeptical.

"I just sort of rolled my eyes," said Jackson, a former Asia specialist for the Defense Department who is now at New Zealand's Victoria University of Wellington. He says this is just posturing from Tillerson because the U.S. can't effectively say it wants to talk when its goal is complete, verifiable denuclearization by North Korea. For Pyongyang, giving up its nuclear program is a non-starter.

"We know that North Korea is not going to go there. So if you want to actually negotiate something, you can't have an unrealistic goal," Jackson says.

In Seoul, James Kim of the policy think tank the Asan Institute says the significance of this depends on North Korea's response to Tillerson.

"It really depends whether North Korea stops testing and comes to the bargaining table to talk, or they continue to test and [show they're] not going to engage in any talks at this time," Kim says.

For its part, South Korea is pushing for a peaceful resolution. Its foreign minister wants to reopen a communication channel with Pyongyang to avoid military mishaps and to discuss family reunions for those split by the Korean War. But no matter what South Korea wants, both Kim and Jackson agree Tillerson's words are diluted by the fact he and President Trump often say opposing things. Tillerson has signaled a willingness to talk before — with Trump then undermining his message by tweeting that talks won't work.

"The total lack of consistency. The total inability to separate rhetoric from substance. All of it makes people throw up their hands," Jackson says. "How can you take what Tillerson says now seriously in the context of the past 10, 11 months?"

That is a question North Korea will weigh in deciding whether to respond.