Accessibility links
Israel's Netanyahu Says Strip Club Recording Of His Son Is Media 'Shaming' Plot : Parallels "Bro, my dad got your dad a sweet deal," Yair Netanyahu, then 24, is heard telling friends amid talk of prostitution and lap dances in a secretly recorded conversation from 2015. 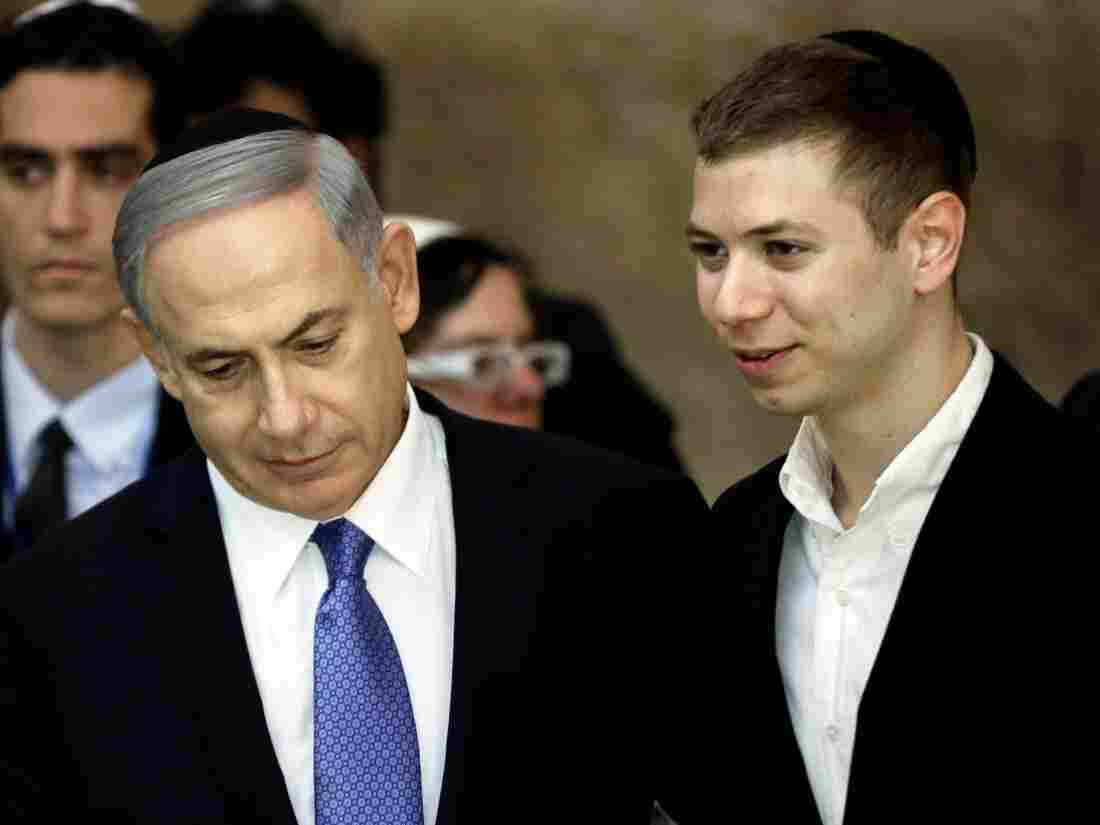 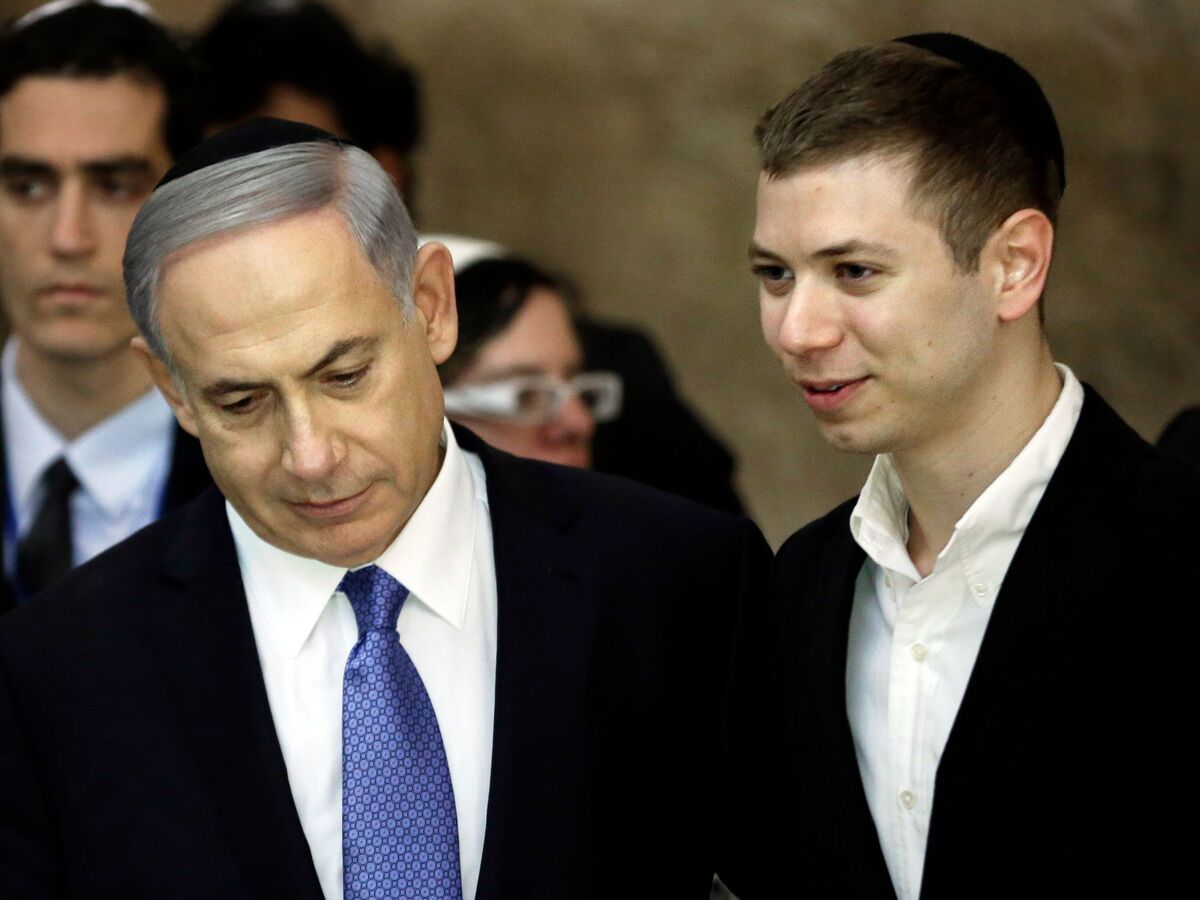 In the summer of 2015, Israeli Prime Minister Benjamin Netanyahu's son partied with friends at a Tel Aviv strip club.

What happened next has created a political embarrassment for the prime minister, who is already facing a criminal investigation into suspected corruption.

In secretly recorded audio, the leader's son Yair Netanyahu, then 24, is heard talking to friends who bragged about the cash they had spent on lap dances. Netanyahu talked about offering up his ex-girlfriend to his friends for sex. He spoke about money owed for a "prostitute." Asking for cash, he told one friend that the prime minister had lobbied for a gas deal that benefited his friend's businessman father, a shareholder in an Israeli offshore gas field. "Bro, my dad got your dad a sweet deal," Netanyahu said.

The recording aired Monday on Israeli television's Channel 2 News, which reported that the conversation took place while Netanyahu was with two friends and his bodyguard inside a government-provided car. The channel reported that the official driver surreptitiously made the recording. (The newspaper Haaretz published a transcript of the conversation translated into English.)

The recording sparked outrage among opposition politicians and newspaper columnists and led to a flurry of reports in the local media. Israelis were angered by Netanyahu's disparaging remarks about women, his use of taxpayer-funded car and bodyguard to visit a strip club, and his bragging about his father helping a businessman.

Two opposition lawmakers said it was "disgraceful that public funds fuel a culture of women's exploitation" and urged the nation's attorney general to investigate Yair Netanyahu's security needs, The Associated Press reported. The Netanyahus said a security detail is needed because of threats against them.

The recording was broadcast at a particularly difficult time for the family. Police are reportedly investigating Prime Minister Netanyahu for allegedly helping a Hollywood producer, an Australian businessman and a leading Israeli newspaper publisher in exchange for favors in recent years. Netanyahu denies any wrongdoing.

The prime minister's office said the broadcast was part of an ongoing media witch hunt to topple him and his government. The office called it "persecution, bloodletting and shaming."

Yair Netanyahu said in a statement that he had been under the influence of alcohol at the time and had said "nasty things about women" that "don't represent the person I am."

The prime minister later defended him, saying that Yair Netanyahu had spoken while drunk and that he and his brother had been raised to "respect everyone, and to respect every woman."

Yair Netanyahu has set off controversies before. In September, he posted a cartoon on Facebook disparaging his father's critics — a picture that included anti-Semitic imagery. Former KKK leader David Duke shared the post and the neo-Nazi website the Daily Stormer praised it. The Israeli leader's son later took down the post but continued to defend it. It came as Prime Minister Netanyahu was accused of being too soft on expressions of anti-Semitism in the United States.

There has been speculation in Israel that the Netanyahu family wishes to groom 26-year-old Yair for a future in politics — and some in Israel cynically call him the future leader. The family denies this. The son has said he isn't interested in politics, and the father has said he's encouraged him to pick a different field.