Accessibility links
Berlin's New Adidas Sneakers Feature Sewn-In Transit Tickets : Parallels These shoes are made for taking the metro. They may seem pricey, but they're about a quarter of the cost of an annual transportation pass in Berlin. 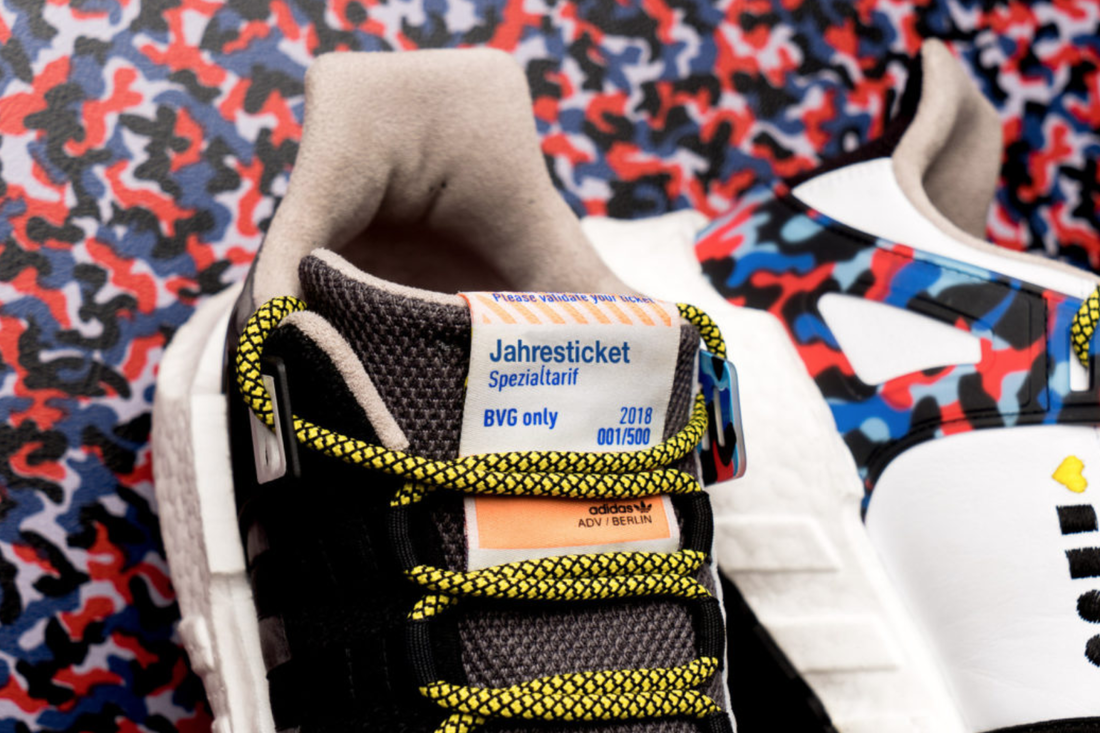 Sneaker company Overkill teamed up with Adidas and BVG, the German public transit authority, to create a shoe that has a built-in metro ticket. Via Overkill hide caption 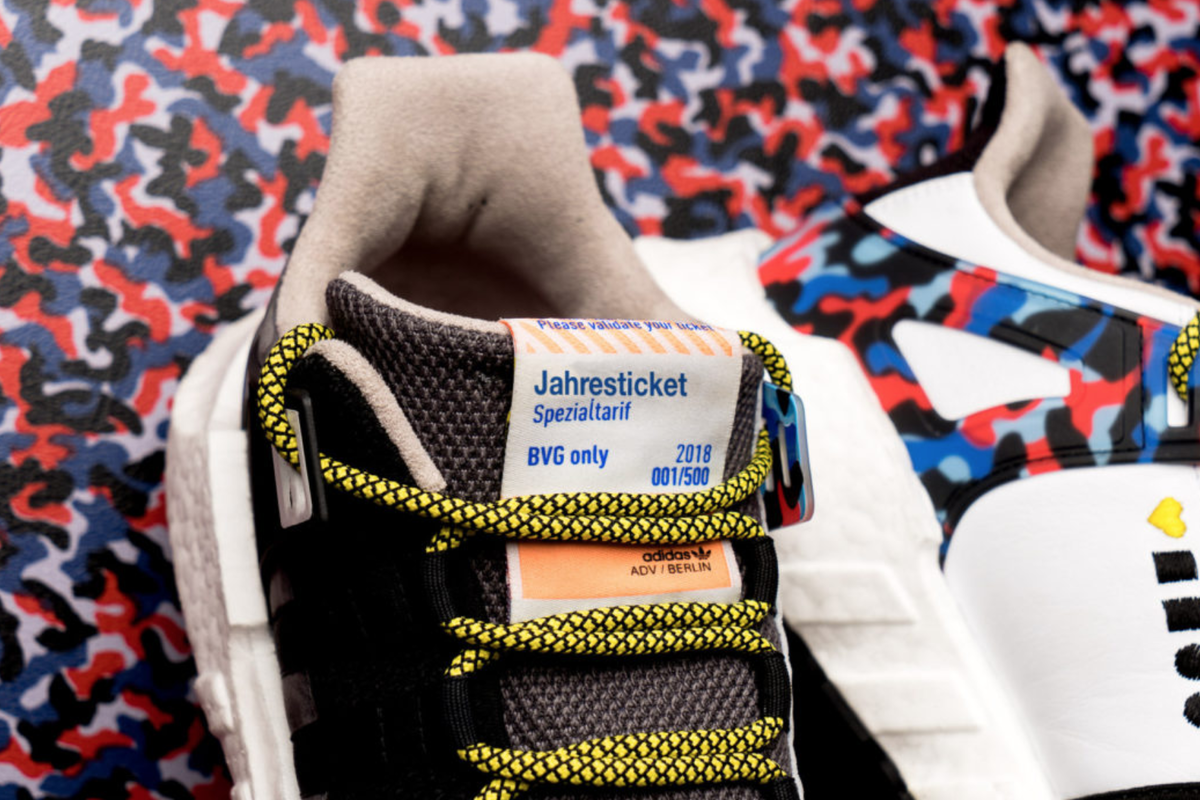 Sneaker company Overkill teamed up with Adidas and BVG, the German public transit authority, to create a shoe that has a built-in metro ticket.

It may be Fashion Week in Berlin, but the hottest shoes people are lining up for in the German capital are hardly haute couture.

The design has the same red, blue and black pattern you'll find on the seats in Berlin buses, streetcars and subways.

At $220, the shoes aren't exactly cheap. Unless, of course, you count the transit ticket sewn into the tongue that gives the wearer a free ride in most of Berlin until Dec. 31. An annual ticket from Berliner Verkehrsbetriebe, or BVG, the city's mass transit authority, goes for at least four times that amount.

The limited edition sneakers — only 500 were produced — are a joint venture between Adidas Originals and BVG. They officially went on sale Tuesday.

Many buyers so far appear to have no plan to wear the shoes, however, trying instead to turn a big profit by immediately advertising to sell their newly purchased pairs online.

That prompted a wave of complaints on social media, although some tweeters used the opportunity to joke about the sneaker campaign.

A Twitter user with the handle @Lancea_Berlin posted a photo of his left loafer with a transit ticket he'd attached to it and the comment: "The bus driver was pretty surprised."

In Berlin, traveling by mass transit is largely an honor system, where riders face periodic spot checks. The exception is on buses, where commuters have to show their ticket to the driver as they board.

The sneakers are hardly BVG's first foray into unusual marketing. During the 2016 U.S. election campaign, the transit authority plastered its stops with posters of a Berlin streetcar wearing an orange wig and the caption: "Donald Tram" and its trademark slogan: #becauseweloveyou.