Accessibility links
In Italy, #MeToo Falters Amid Public Scorn : Parallels Italian actress Asia Argento was one of the first to go public with accusations against Harvey Weinstein. But in Italy, "the culture of support for women is nonexistent," says an Italian screenwriter. 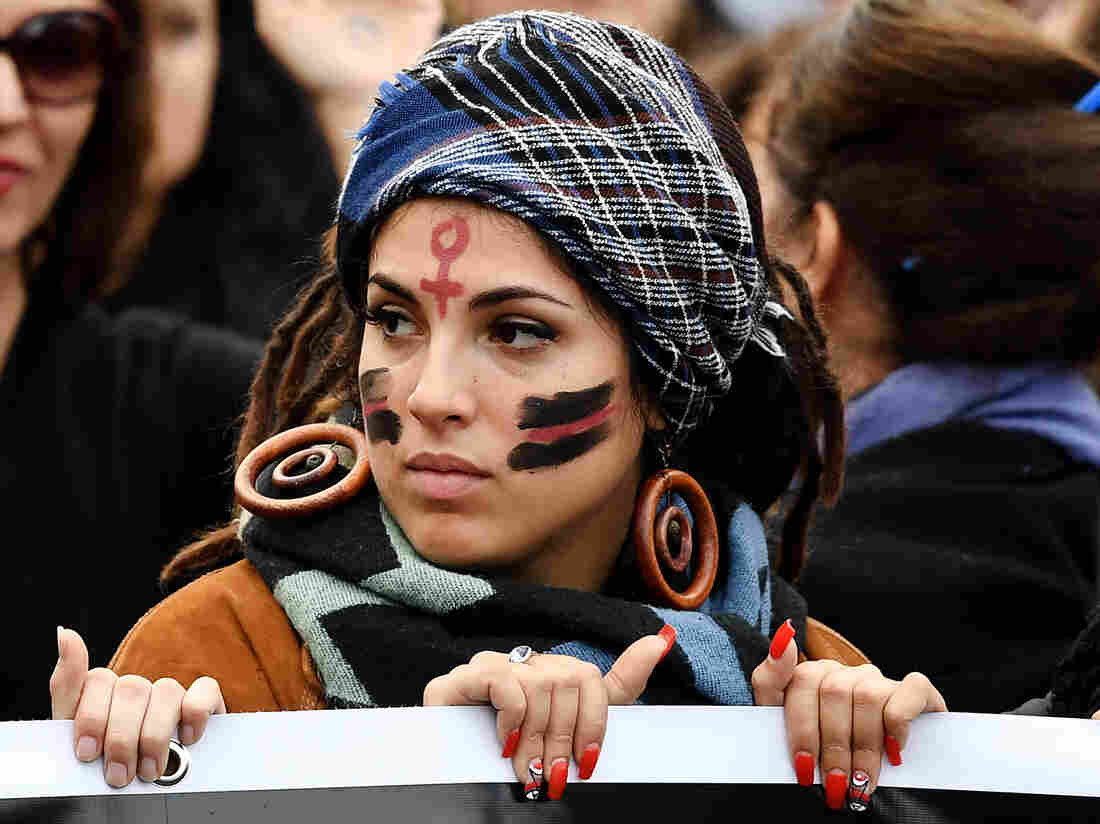 A woman takes part in a demonstration to mark the International Day for the Elimination of Violence Against Women in Rome in November. Tiziana Fabi/AFP/Getty Images hide caption 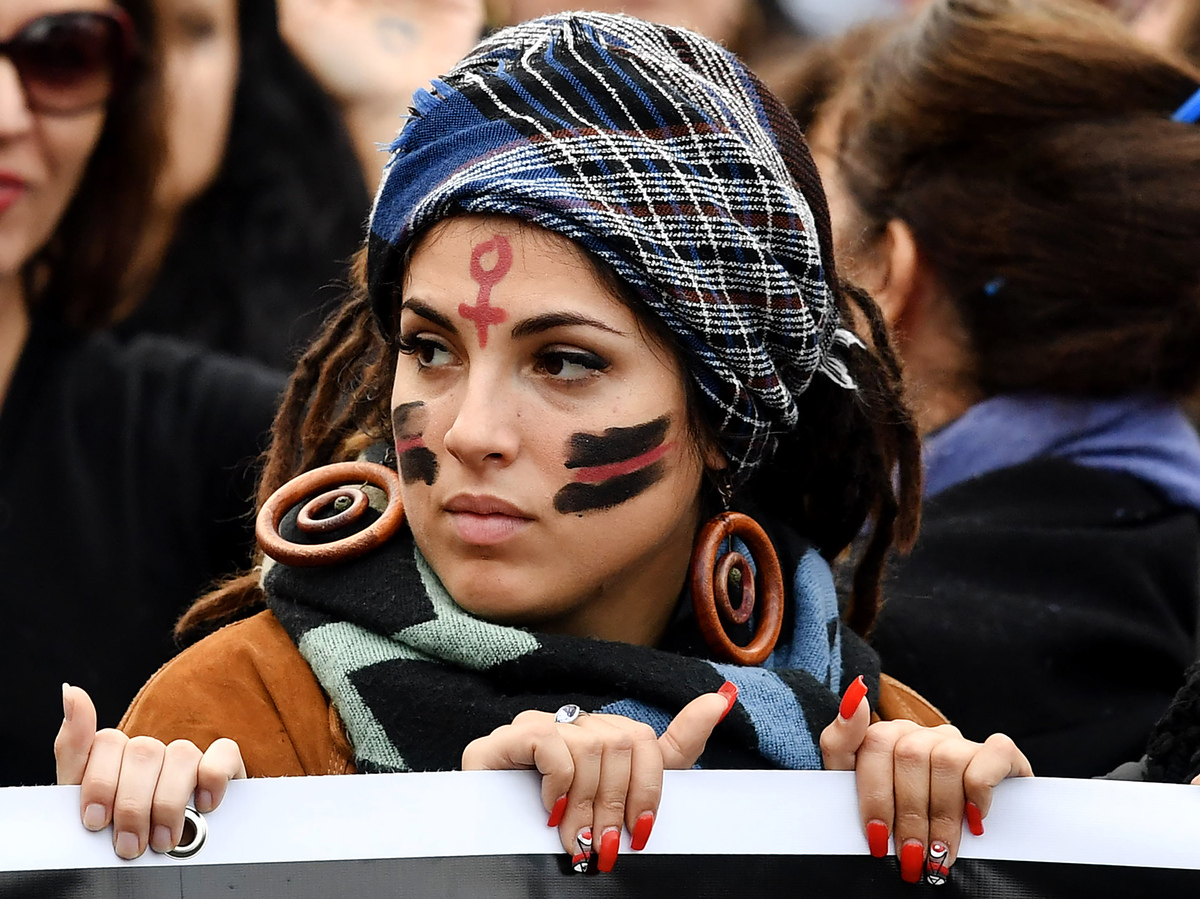 A woman takes part in a demonstration to mark the International Day for the Elimination of Violence Against Women in Rome in November.

In the months since allegations of sexual harassment by major media figures took center stage in the United States, the #MeToo movement has had a ripple effect in Europe, prompting national conversations on a once-taboo topic. In some countries, the movement has been embraced.

But in Italy, the public has largely reacted with scorn and skepticism.

One of the first women to accuse Harvey Weinstein of sexual assault was Italian actress Asia Argento.

Hailed in the U.S. for speaking out, she was attacked in her native country by commentators, both male and female.

Vittorio Feltri, editor of Italy's right-wing daily Libero, told a radio host it was hard for him to believe Argento's allegations of rape.

"First, these women give it away," he said. "Then, 20 years later, they repent and denounce the alleged rapist.

"And if they gave it away in exchange for a part in a movie," he added, "that's a form of prostitution."

Interviewed on Italian TV from Berlin, Argento angrily denounced — as she put it — being "slut-shamed" by the media and said she left Italy because the atmosphere was too hostile. 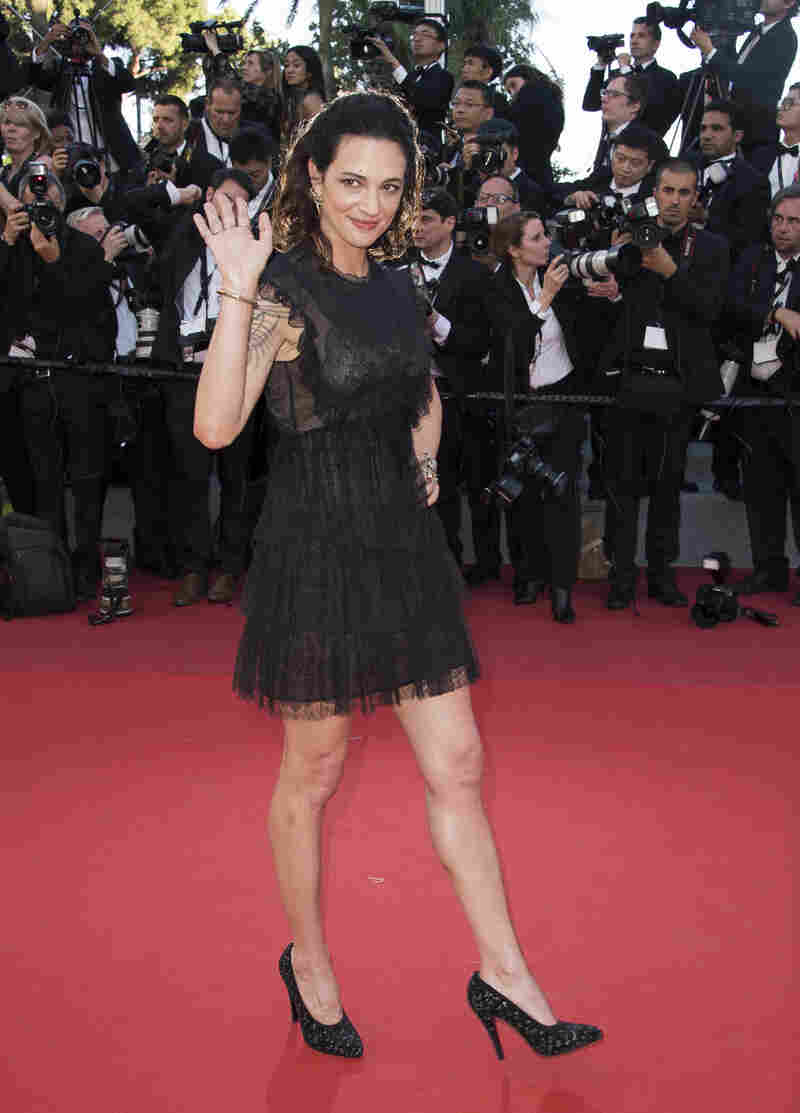 Italian actress Asia Argento, at the Cannes Film Festival in May 2017, was one of the first to accuse Harvey Weinstein of sexual abuse but has found little support in her own country. Arthur Mola/Invision/AP hide caption 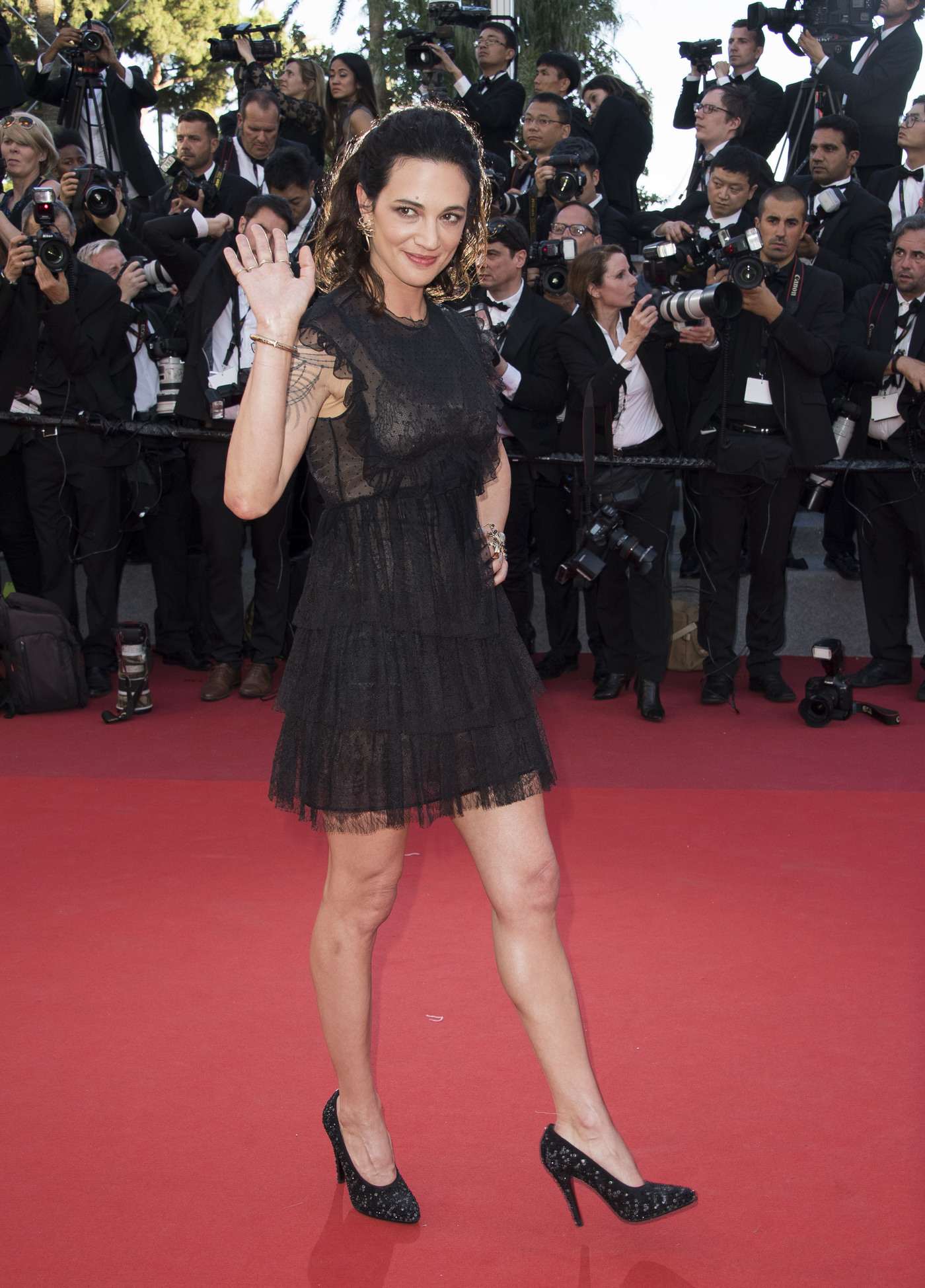 Italian actress Asia Argento, at the Cannes Film Festival in May 2017, was one of the first to accuse Harvey Weinstein of sexual abuse but has found little support in her own country.

That triggered a backlash, says Rome-based screenwriter Francesca Marciano, turning the alleged molester into the victim. Brizzi denied the allegations, and media coverage was mostly in support of the director.

Since the allegations against Brizzi were made public, no major figure in Italy's media, business or political world has been publicly denounced for sexual harassment.

Twenty-five-year-old Arianna Pavoncello believes that is because in Italy, "there is always this thought of the female who provokes, and so boys will be boys."

Pavoncello, who studied at an American college in Rome, says her grandparents' and parents' generations believe that man is a hunter and women his prey.

"It's mostly the older generations [that] think, 'What's the matter with a man touching your butt?' " she says, "or, you know, 'it has always happened and it will continue to happen, and it's just fine.' "

"Either you are a good wife, a sort of saint," she says. Or "you behave very freely and you are considered not a very serious girl, let's say."

"All these images have really created a culture where it was accepted that a woman is used as a decoration," says Zanardo.

Italian conservatives are not alone in attacking the #MeToo movement. Many leftist intellectuals are convinced that it threatens sexual freedom.

Author Chiara Barzini says this leftist view reflects snobbery against America, a society many Italians see as puritanical and having a take-no-prisoners mindset.

"There is no compromising," she explains, "and Italians love to live in the gray zones of life, you know."

Those gray zones — of hypocrisy, fatalism and cynicism — are now being shaken by a younger generation of Italian women, says 24-year-old Bianca Rondolino, who works at an online platform aimed at millennial women.

"We didn't have a Twitter storm of hashtags 'MeToo,' but I know the whole country had a lot of private conversations on this topic," says Rondolino. "It was a painful process, but I am also very aware that it is bringing actual change."

Rondolino says men her age are more respectful of women than their fathers or older brothers are. But she acknowledges it will take time to change a patriarchal culture that belittles women — and far too often, pits them against one another.