Accessibility links
Pence Starts Asia Trip Amid Signs Of Strain With South Korea : Parallels The vice president visited Tokyo Wednesday. The U.S. and Japan both favor hard-line policies toward North Korea but South Korea wants dialogue and has welcomed the North's team to the Winter Olympics. 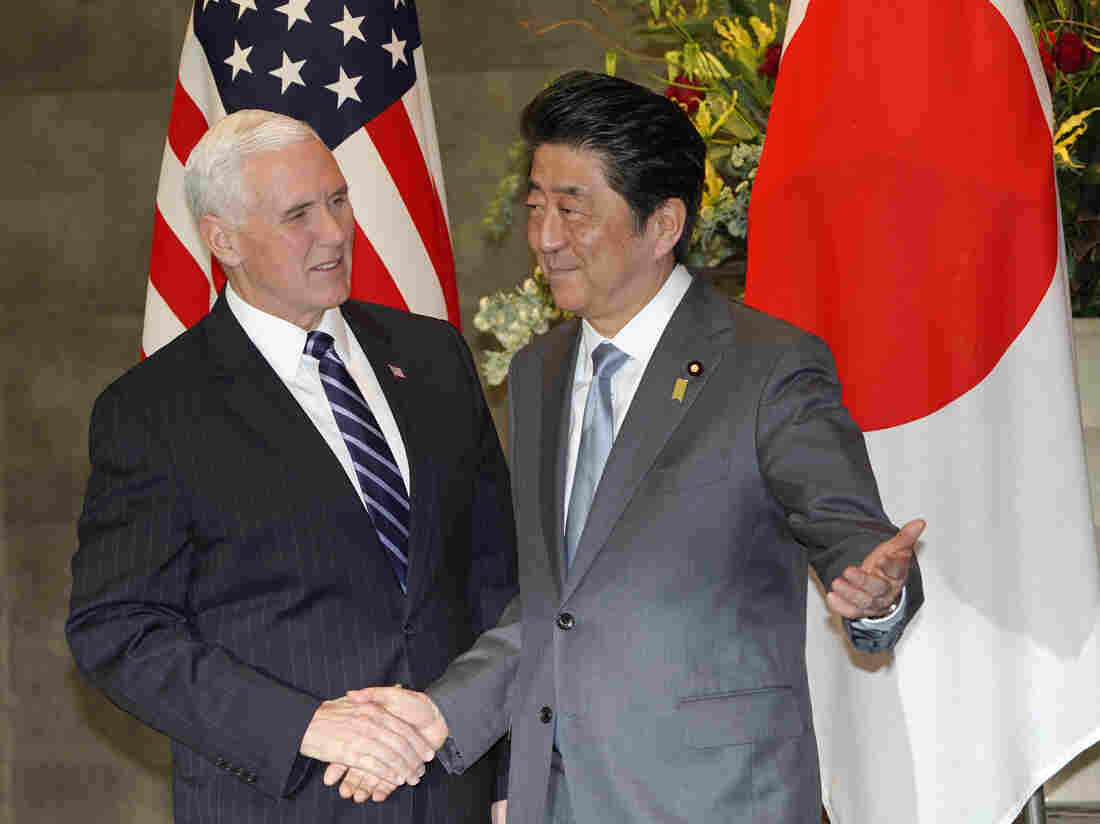 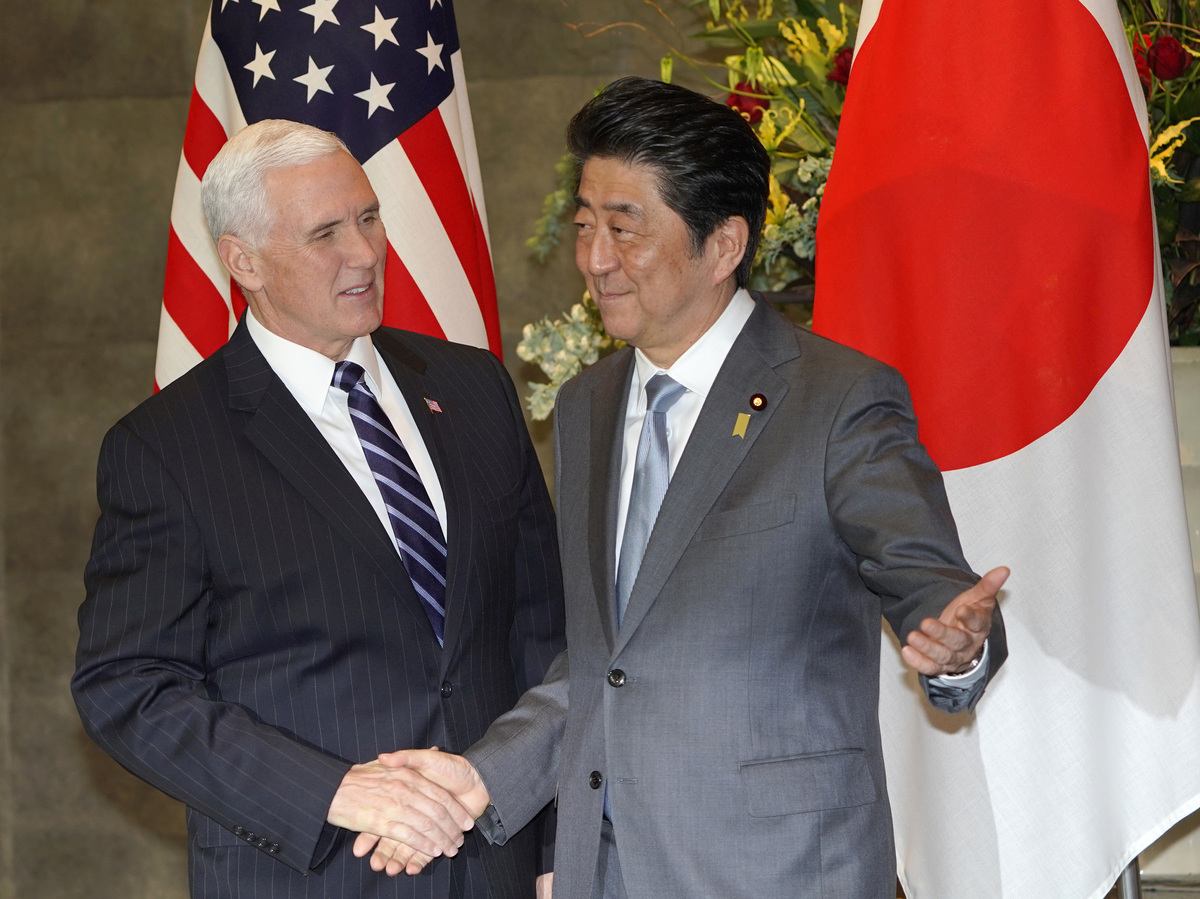 As Vice President Pence began his two-stop Asia trip on Wednesday, he highlighted America's ties with longtime U.S. allies in the region, Japan and South Korea.

"I look forward to reinforcing the important priority that President Trump and the United States places on the relationships with these two nations," Pence said during a refueling stop on his way to Japan.

Both Japan and South Korea are considered cornerstones of U.S. security and economic relationships in Asia. But the relationship with one is going more smoothly than with the other.

The U.S. and Japan both favor hard-line policies toward the North Korean regime in Pyongyang. On Wednesday, Pence announced the U.S. would again ramp up economic sanctions aimed at starving the regime of resources. On this approach, the U.S. and Japan have stayed in lockstep.

"It's all about pressure; it's all about military might. Strong posture, and very negative about dialogue," says Koichi Nakano, a professor of political science at Tokyo's Sophia University.

But South Korea, the other longtime U.S. partner, favors dialogue. It has engaged with North Korea frequently this year in an effort to reach peaceful resolution of the nuclear and missile problems on the Korean Peninsula.

"South Koreans are feeling increasingly that U.S. and Japan are being unrealistic in just sort of choosing the hard line vis-à-vis North Korea," Nakano says.

Significant differences are emerging between Washington and Seoul, according to David Straub, a Northeast Asia specialist and 30-year veteran of the State Department. And that will have consequences, he says.

"Under the best of circumstances, it's going to be incredibly hard to get North Korea to get rid of nuclear weapons, short of the use of military force. So we need everybody working together. And currently the U.S. and South Korea are not working together," Straub says.

Signs of strain are particularly evident as South Korea pushes ahead with the 2018 Winter Games — it wants to call them the "Peace Olympics" — which start Friday. Even as the two Koreas make shows of unity, the U.S. vice president is sharpening his rhetoric against the North.

"We'll be there to cheer on our American athletes, but we'll also be there to stand with our allies and remind the world that North Korea is the most tyrannical and oppressive regime on the planet," Pence said.

Nakano says this kind of tension among U.S. allies accrues to Pyongyang's benefit.

"North Korea has always been good at dividing and conquering and making advances. What North Korea would not want to have is a united front against it," he says.

Pence said in Tokyo that the three allies still stand shoulder to shoulder. But in practice, there's distance. South Korea and Japan are still working on unresolved issues dating back to the beginning of the last century. All the while, the three countries must together confront a North Korea problem that Straub says really hasn't changed.

"The two Koreas have not made any real progress yet," Straub says. "This is simply a matter of allowing the North Koreans to participate in an Olympics in which they've basically not qualified."

He says the real test will come later, after the Olympic Games are over. That's when the U.S. and South Korea are expected to start up joint military exercises again. North Korea calls these war games "provocations."

South Korea concedes that its relationship with the North so far is fragile. So keeping the peace after the Olympics will require careful coordination.