Accessibility links
Indian Couples Navigate A 'Shifting Sea' Of Love And Marriage : Parallels PBS Newshour reporter Elizabeth Flock spent nearly a decade following the lives of three couples in Mumbai. She chronicles their stories in The Heart Is a Shifting Sea: Love and Marriage in Mumbai.

Indian Couples Navigate A 'Shifting Sea' Of Love And Marriage

Indian Couples Navigate A 'Shifting Sea' Of Love And Marriage 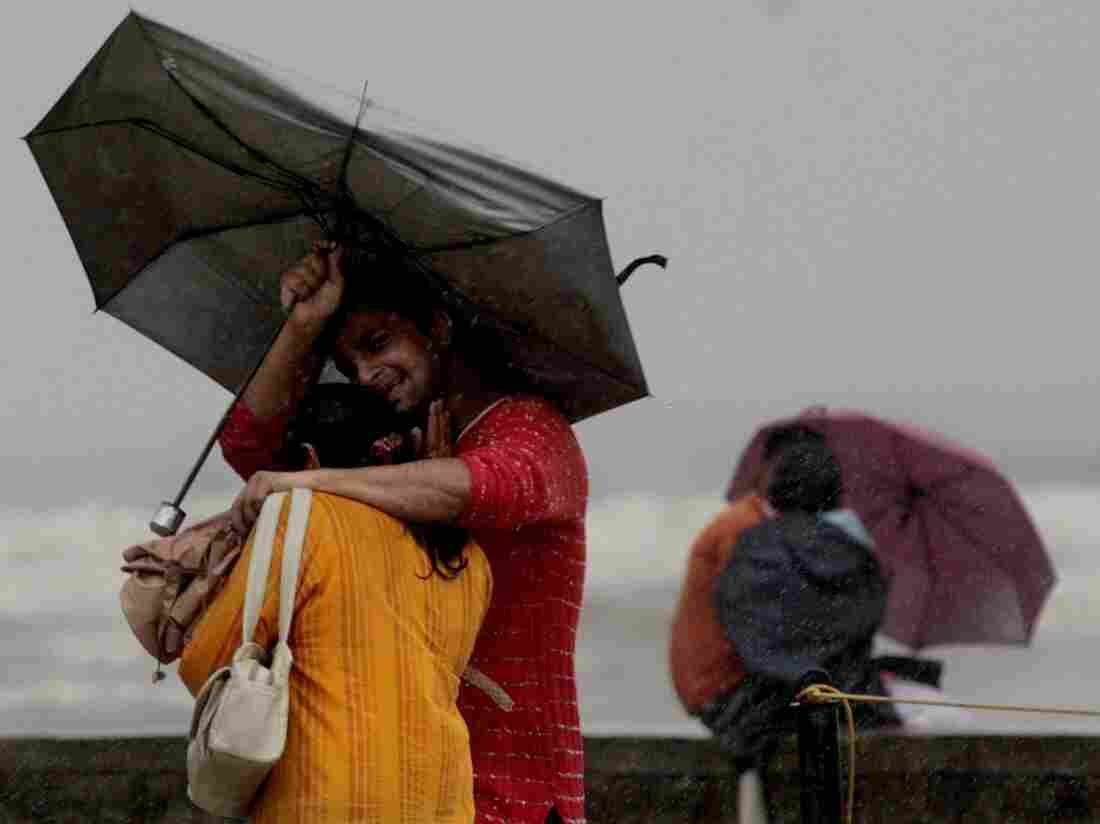 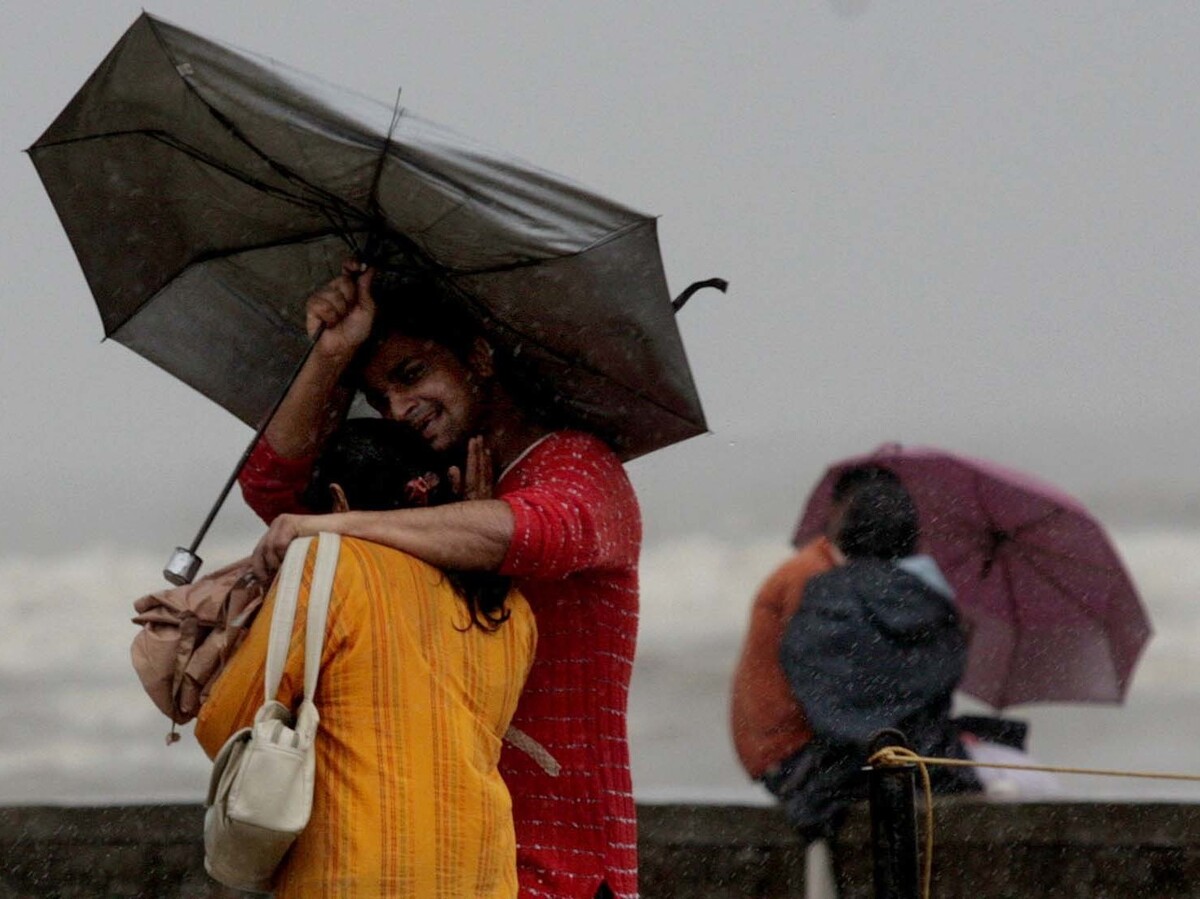 Veer and Maya eloped despite their parents' objections. Shahzad and Sabeena have a traditional arranged marriage that's been complicated by their inability to have children. Ashok and Parvati met via an online matchmaker. 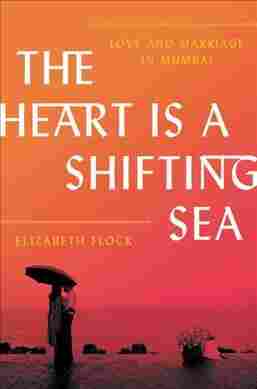 The Heart Is a Shifting Sea

Love and Marriage in Mumbai

The experiences of these three Indian couples are the focus of Elizabeth Flock's new book, The Heart Is a Shifting Sea: Love and Marriage in Mumbai. Flock, a reporter for PBS Newshour, spent nearly a decade following, and sometimes taking part in, their lives.

The book not only charts the winding course of three marriages in one of the world's largest and fastest growing metropolises, but also provides a detailed portrayal of a rapidly changing India. Flock's telling of these six middle-class lives is deeply sympathetic but unsentimental. She elicits frank personal revelations from the couples about pre-marital sex, infidelity, infertility — and the tensions and ambivalence they experience when it comes to women's changing roles.

The American author started collecting their stories soon after moving to India as a journalist nearly a decade ago. Her father had just divorced for the third time and, Flock tells NPR, she had a "deep interest in marriage or why marriages work or fail in any culture or context." She felt that India might provide some answers.

"All we hear about, in the Indian context, is how low the divorce rates are," she says, "while the reality is that something else entirely different is happening inside the home and behind closed doors."

What was it about the Indian marriages or the Indian context that drew you to explore it further?

I think a lot of people think about love in India as favoring spectacle and there is this tradition of lovers who can't be together and overcome great odds to be with each other...

Which is pretty much the plot of every single Bollywood movie ever made.

Yes, Bollywood plays a huge role in this and they probably feed off each other there. But I was also interested in what happens after marriage. Whether it's a love marriage, where people overcome those great odds or whether it is an arranged marriage, where maybe someone was happy about it and the other wasn't. What is the real life that follows?

Also, there are these great social and cultural and economic and political changes occurring in India and those changes were putting a lot of pressure on Indian marriages, and these marriages in particular.

How did these changes affect the three couples?

In the love marriage I follow, of Maya and Veer, I saw larger societal changes playing out — women increasingly going to work, asking for companionship in their relationships, watching pornography, getting more educated. Oftentimes what I saw, anecdotally, was the woman was going through a lot of changes while her husband expected perhaps something more traditional.

I think there is this cliché of Indian men who want a forward-thinking girlfriend but a traditional wife. I think that creates tension in a marriage. Also, even though the woman in the relationship was fighting really hard for some of these changes, there were still huge societal norms that were stopping them and I don't know how quickly some of those will change.

The idea, for example, that "people will talk." Even if divorce is more accepted now, there's still tremendous stigma around it.

Part of the reason I was interested in middle class couples was because I think there's a special kind of pressure on them that perhaps the very rich or the very poor don't have — this sense of middle-class morality that I think exists across cultures but definitely exists in India, which is, "what people will think or say?" and the need to do what is expected from family members and friends and neighbors, your neighborhood, your community.

What attracted you to these couples or their stories to make you spend so much time with them?

Mostly, I felt that they were rule-breakers or that they were testing the boundaries — or at least one half of the couple was doing so. Also, the journalist in me was attracted to the tension that often one half of the couple was going one way and the other half, maybe another. I felt at least two of the women were testing the boundaries and the men were struggling with that and I was interested in what happened next.

Yes, the two women who are more educated — one runs a school, the other, when we leave the story, is getting her doctorate at India's premier engineering school — are interesting because the institution of marriage seems to constrain them. As I read their stories, it almost felt like marriage, instead of providing them with support and all the things that might allow them to grow, was instead failing them.

Yes, that's true. But marriage, in general, also has some sort of powerful hold over people in India and elsewhere in the world.

With these couples, there were many times when I felt that one or more of these marriages was about to fall apart, that one partner would initiate a divorce but they didn't. I do think that marriage still provides so much in terms of stability — in terms of children, in terms of financial stability — that we see people staying together.

I think that is also why I was interested in writing this book — because we don't see, on the surface, what's going on inside a home, or the tremendous tensions and pressures that are happening behind the scenes. All we hear about, in the Indian context, is how low the divorce rates are while the reality is that something else entirely different is happening inside the home and behind closed doors.

These stories, of three middle-class couples, offer us a lens into how dramatically India is changing, especially in its big cities. But most Indians are still not in the middle class and most don't live in big cities. What are love and marriage like for them?

For most of India, I think it hasn't changed. It's very difficult to find good statistics but we think that arranged marriages make up between 60 percent and 90 percent of all marriages. I would err on the higher side and of course, child marriage is still practiced in certain places and there's also violence and cruelty around forced marriages.

So while those things exist, I do think because there's tremendous social and cultural change — and while it's not happening at lightning-fast speed — I do see changes in how love and marriage are portrayed in mass media, and in what and how people are talking about it. It'll take time, that's all.