Accessibility links
Netanyahu Leaves U.S. On A High Note But Troubles Await Him At Home : Parallels Israeli Prime Minister Benjamin Netanyahu was warmly received in the U.S. — but polls also show about half of Israelis want him to resign due to ongoing corruption investigations.

Netanyahu Leaves U.S. On A High Note But Troubles Await Him At Home

Netanyahu Leaves U.S. On A High Note But Troubles Await Him At Home 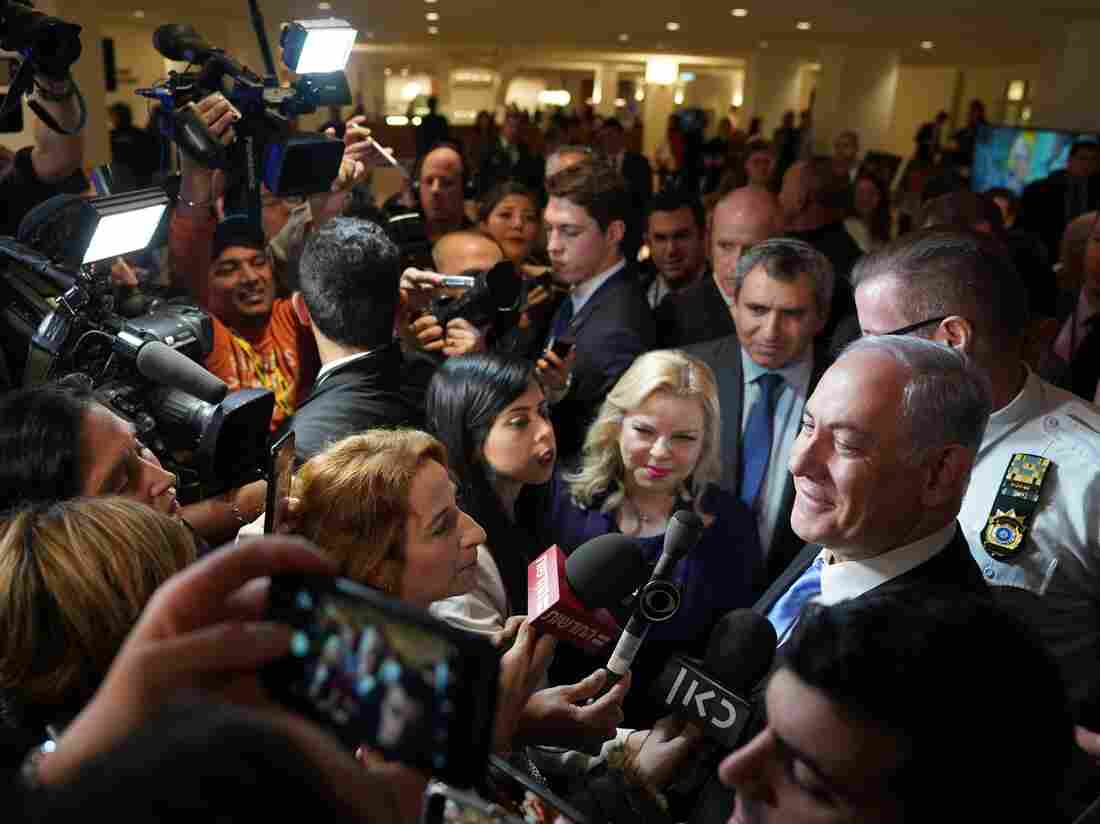 Israeli Prime Minister Benjamin Netanyahu and his wife Sara Netanyahu talk to the press after attending an exhibit on Jerusalem's Jewish history at the United Nations on Thursday. Timothy A. Clary/AFP/Getty Images hide caption 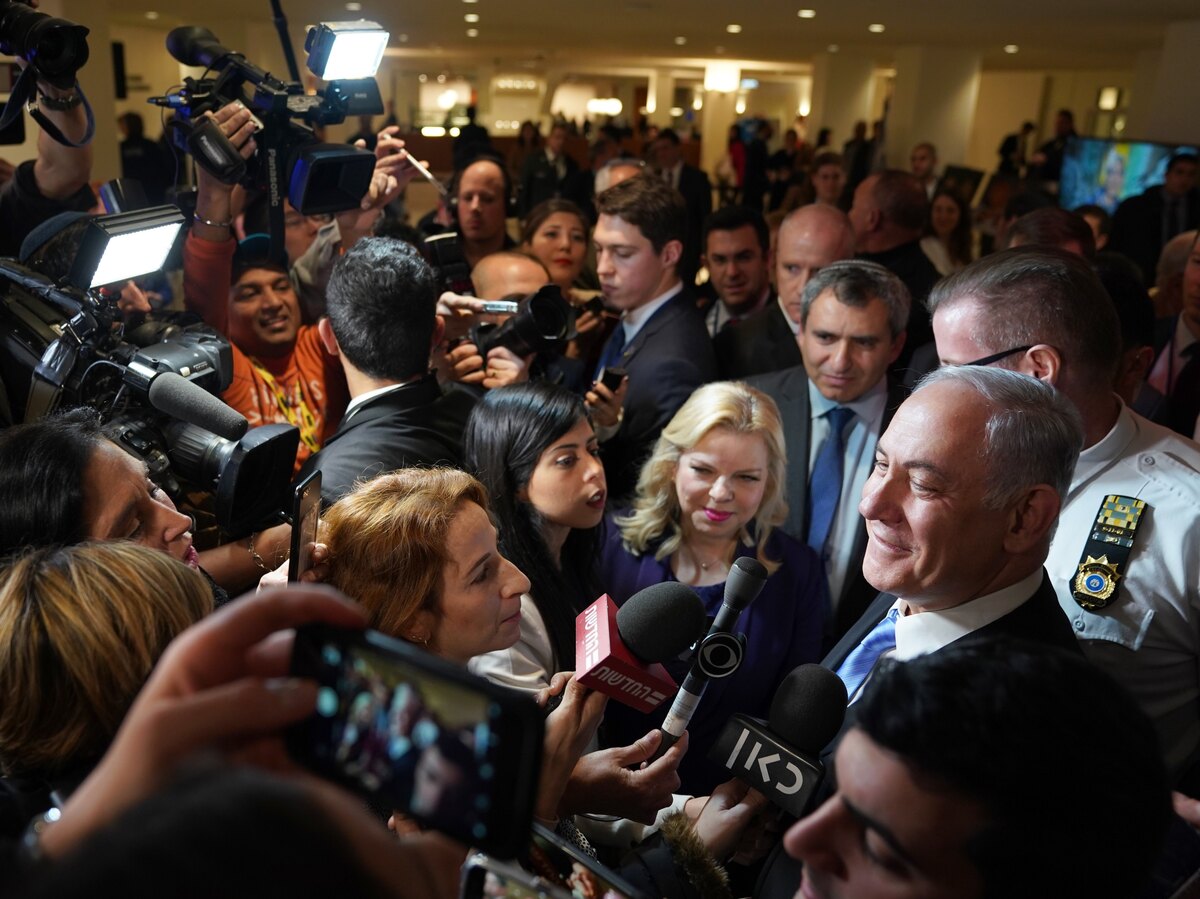 Israeli Prime Minister Benjamin Netanyahu and his wife Sara Netanyahu talk to the press after attending an exhibit on Jerusalem's Jewish history at the United Nations on Thursday.

There were cheers and standing ovations in a packed Washington, D.C. Convention Center hall on Tuesday as Israel's orator-in-chief, Prime Minister Benjamin Netanyahu, gave a rousing address to pro-Israel Americans about leaps in Israeli technology and diplomacy, and the dangers Israel faces in the Middle East.

In a signature Netanyahu gimmick, he paced across the stage clutching a stack of notes with a joke question scrawled in his own handwriting on the back for the audience to see: "1-800-How's My Speech?"

Netanyahu, who wrapped up his five-day visit to the U.S. on Thursday, is seeking similar feedback and approval from his own public back home — at a time when many Israelis are wondering whether he will survive a widening police investigation into suspected corruption.

Israeli police have intensified their corruption investigations into Netanyahu amid allegations that he traded favors for bribes from wealthy businessmen. Just a day before leaving for Washington, Netanyahu and his wife Sara were questioned for several hours by police. On Monday, hours before his meeting with President Trump, news broke that police had recruited a third longtime Netanyahu confidant to become a witness for the state and testify against him.

If any of this caused Netanyahu to break a sweat during his visit, it was impossible to tell.

In the U.S., he was warmly greeted again and again: by President Trump, by U.N. Ambassador Nikki Haley, by U.S. business leaders and by pro-Israel Americans from AIPAC, the American Israel Public Affairs Committee. He encouraged President Trump – who faces a May deadline on whether to renew nuclear sanctions on Iran – to demand changes to, or walk out of, the 2015 Iran nuclear agreement. 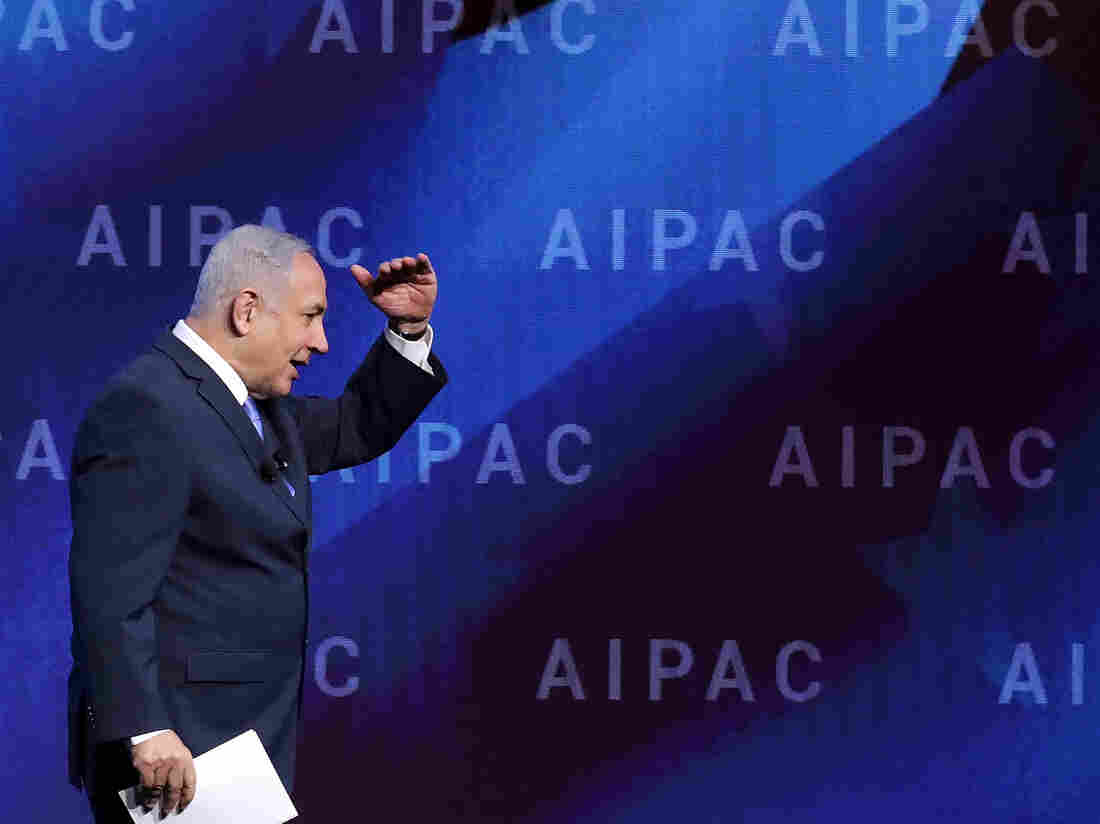 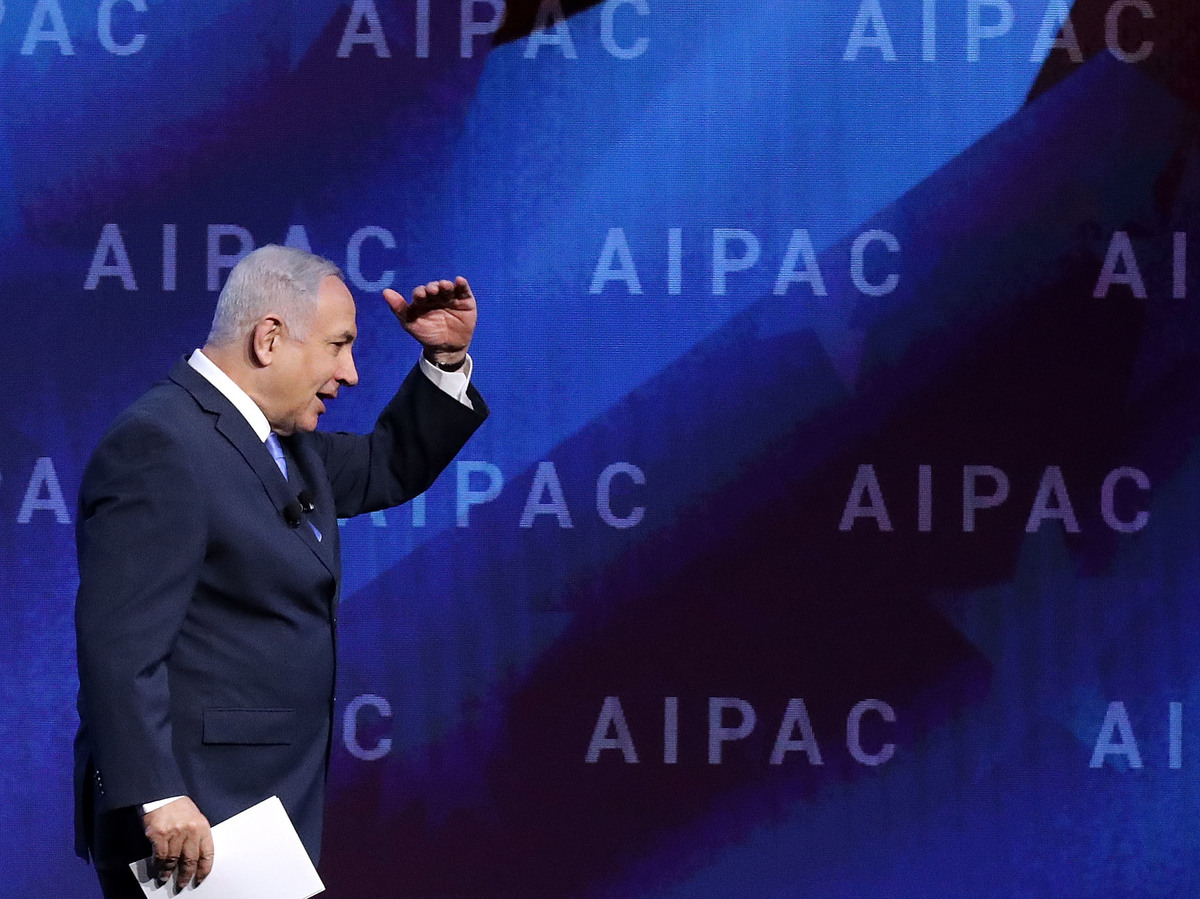 "I think [Netanyahu] wants to tell the Israeli public, 'I'm doing my job. I'm functioning fully. It's business as usual,'" said David Makovsky of the Washington Institute for Near East Policy and an expert in Israeli affairs. "To be in Washington and have the president speak in superlatives about him, I think it's a way to communicate with his own public that 'I'm a world statesman. And take that into account when you're reaching your own judgment.' "

With each passing day in the U.S., Netanyahu seemed more emboldened.

On the plane Wednesday at Andrews Air Force base in Washington, before departing for New York, NPR asked Netanyahu how he thought the Israeli public perceived his U.S. trip.

Minutes later, Netanyahu's media team uploaded a Facebook video Netanyahu filmed in Washington, in which he lashed out at the Israeli police's recruitment of witnesses against him and questioned the integrity of the police investigation and its motives.

Netanyahu Details His Talk With Trump On Iran And Palestinians

He took the criticism up a notch Thursday, during a visit to the United Nations headquarters in New York.

"We are attacked all the time. Every hour. Every minute. A prime minister can also demand justice, speak his mind," Netanyahu told reporters. "Listen to the citizens of Israel ... multitudes – not everyone – but multitudes are offering support to me and my wife. They want justice. Justice!" Then he looked at his wife and grinned.

Indeed, public opinion polls suggest Netanyahu has not lost his base of support. Most polling shows him maintaining a consistent favorability rating – in the mid-40s – and his party as winning the most seats in parliament if elections were to be held now, said Dahlia Scheindlin, an Israeli public opinion expert and political advisor.

But polls also show about half of Israelis want Netanyahu to resign because of the corruption investigations. Scheindlin said this appears to reflect Israel's center and left, who have long opposed Netanyahu, and not Netanyahu's right-wing base.

Now there is speculation about whether there might be early elections in Israel. Netanyahu's coalition could collapse amid a new political crisis — this one over a controversial bill on military draft exemptions to ultra-Orthodox Jews.

While Netanyahu says he does not wish to have new elections, he warns they might be unavoidable if this new crisis is not resolved.

Israeli pundits wonder whether Netanyahu does in fact want early elections, to seek a new mandate from the public while his approval ratings are high – something that could discourage Israel's attorney general from indicting him for corruption.