Accessibility links
From Pride To Protest: How Russians Feel About Their Presidential Election : Parallels Ahead of Sunday's presidential election in Russia, NPR spoke with a Putin supporter, an opposition supporter and a Russian who sees no point in voting. 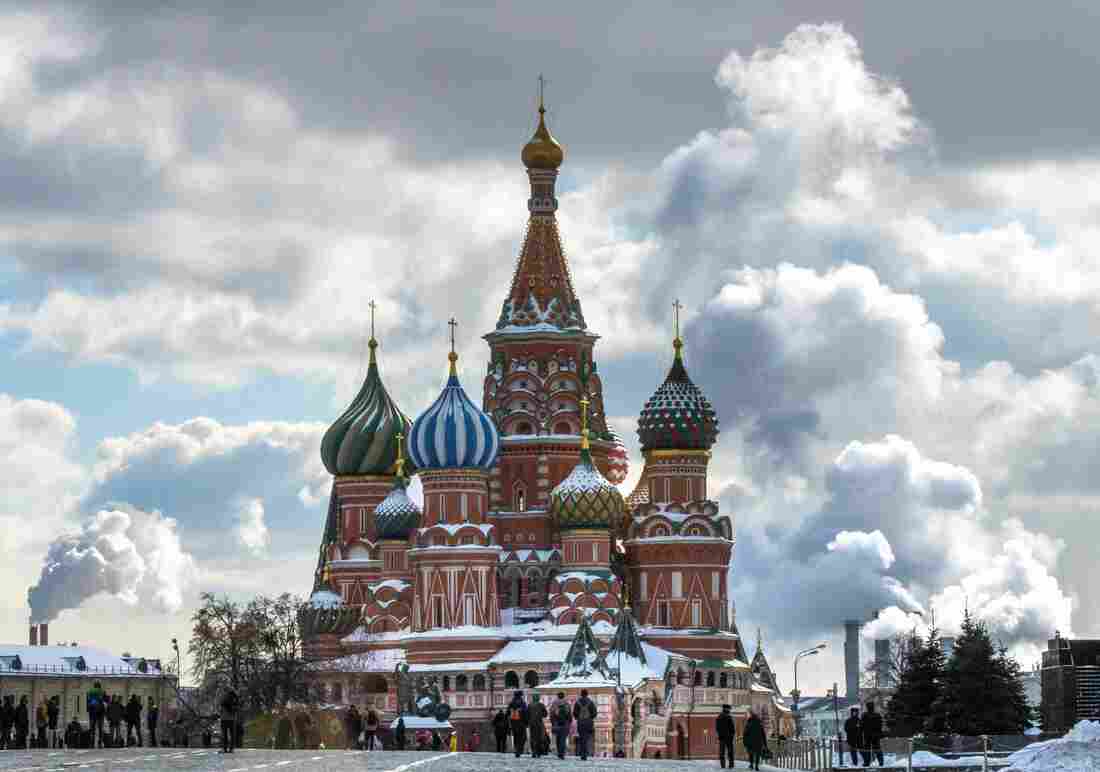 In Moscow, Russian voters will head to the polls on Sunday to cast their votes in the country's presidential election. Mladen Antonov/AFP/Getty Images hide caption 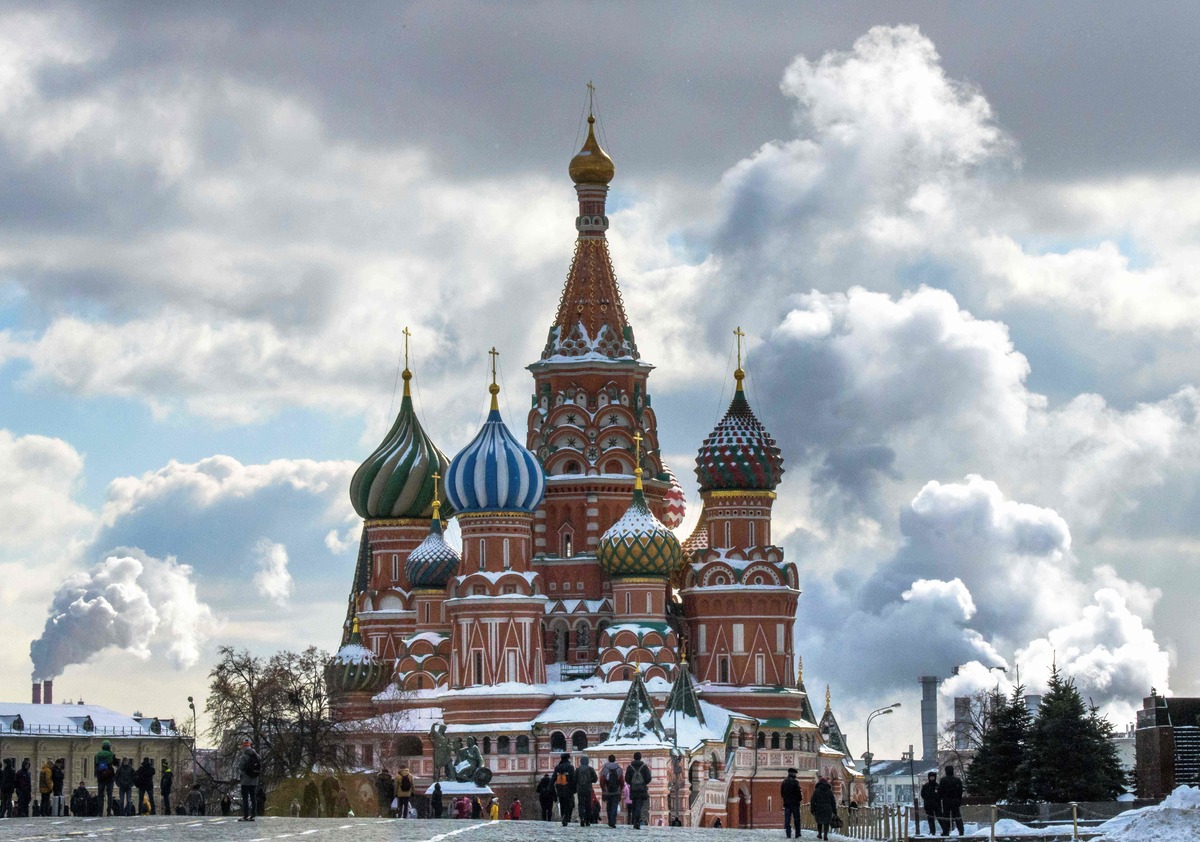 In Moscow, Russian voters will head to the polls on Sunday to cast their votes in the country's presidential election.

Russians head to the polls Sunday to vote in their presidential election. Vladimir Putin is expected to win handily. He has been in power now for 18 years — 14 as president and four as prime minister — and even he seems a little bored with his candidacy. A campaign speech he gave this week lasted just two minutes, and he didn't even say the word "election."

The good news for Putin is that none of his seven presidential challengers are polling higher than single digits. And the majority of voters in Russia seem happy with the status quo.

But Russia is an enormous country that spans 11 time zones. More than 140 million people live in Russia, and their opinions on politics, politicians and policy run the gamut.

So we spent time with three Russians living in Moscow and asked them who they plan to vote for or why they don't plan to vote at all. 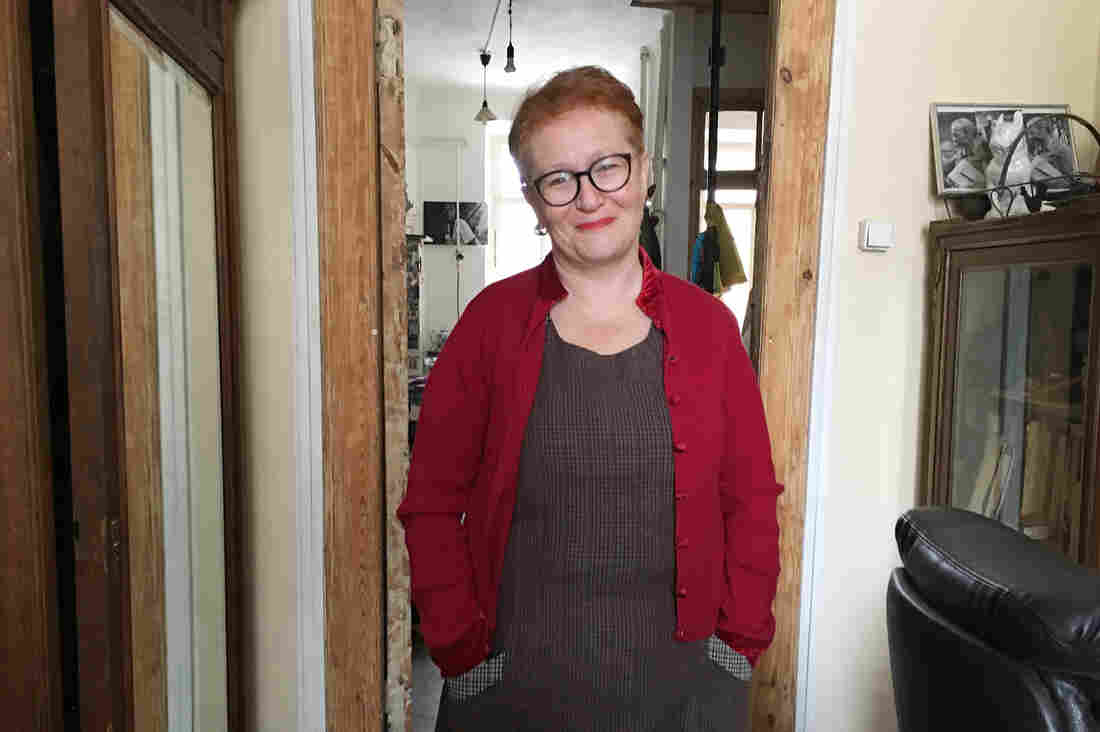 Viktoria Ivleva, 62, will vote for Grigory Yavlinsky of the Yabloko party on Sunday. She says it's important to have a leader that is kind and trustworthy. Jolie Myers/NPR hide caption 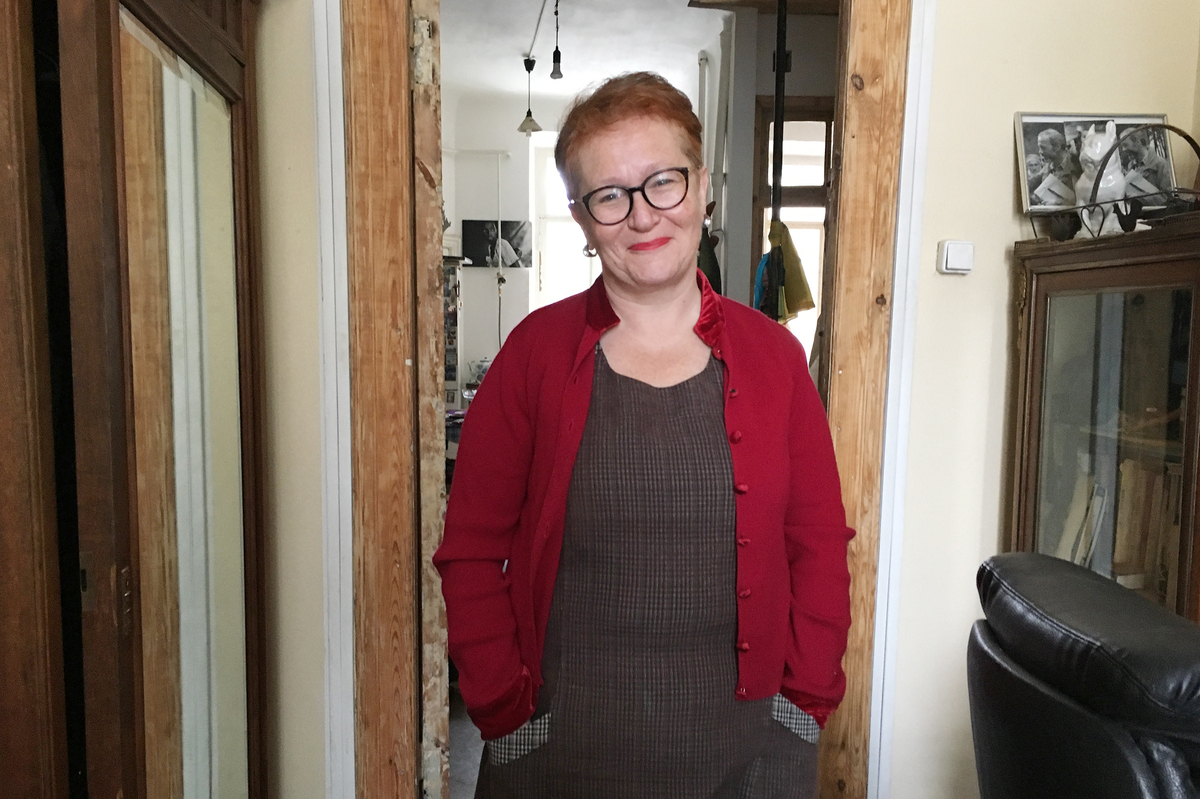 Viktoria Ivleva, 62, will vote for Grigory Yavlinsky of the Yabloko party on Sunday. She says it's important to have a leader that is kind and trustworthy.

Viktoria Ivleva, 62, lives with her dog, a Thai Ridgeback named Lionya, in a flat in central Moscow. Her apartment is quiet and cozy, a refuge from the busy city streets, which likely comes in handy after she gets back from an assignment photographing conflict in the Donbas region of Ukraine.

"I think it's very important for a ruler to be kind," she says of the man she'll vote for on Sunday, Grigory Yavlinsky. He's against armed conflict and was trained as an economist.

And even though she knows Yavlinsky has no shot at winning the election, she says it's important to vote anyway.

"There's always a point to struggle. I don't think we're in a sort of Buddha position to sit and watch. Lots of people have been sitting and watching for several years with no result," she says. 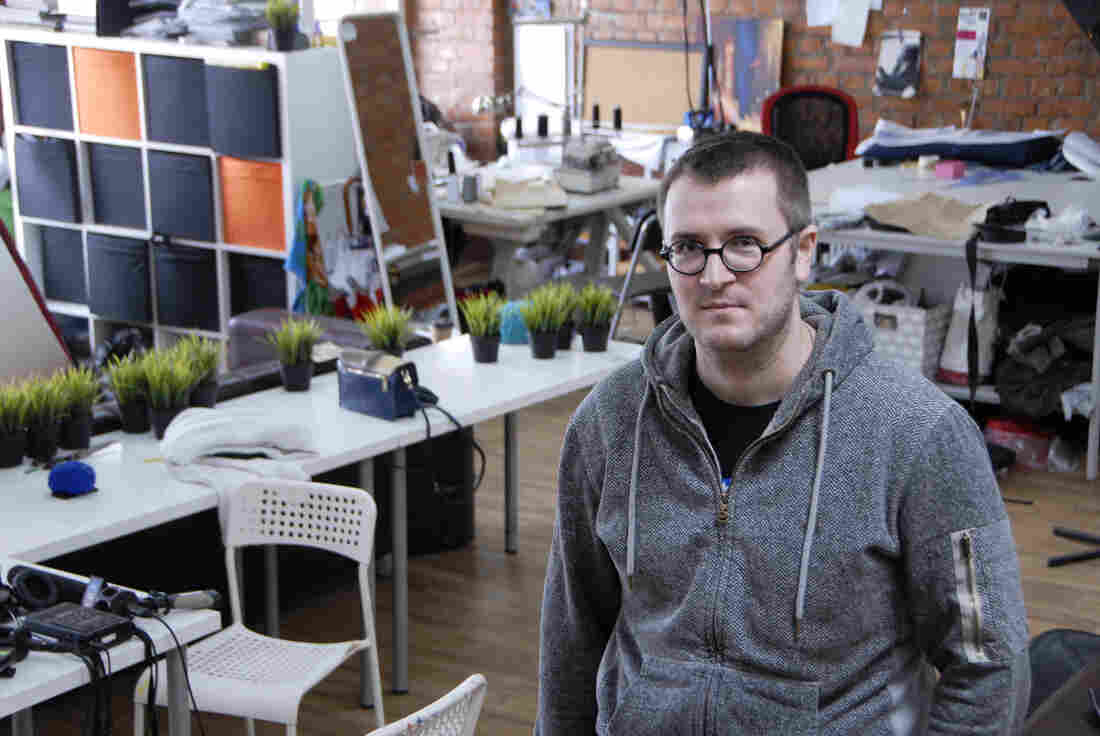 Makar Vikhliyantsev helps run the pro-Putin youth group Project Network. He says that Putin has brought the country together and improved the economic lives of Russians. Jolie Myers/NPR hide caption

The offices of Project Network occupy a sleek, three-story loft in an industrial sector of Moscow. The exposed brick walls, wood floors and open floor plan would be at home in Brooklyn or San Francisco. But Project Network is definitely Russian. It's a pro-Putin youth group, filled with hipster millennials who believe Putin is the way forward for the country.

Makar Vikhliyantsev is one of those millennials. He's 33, and dresses like a Silicon Valley software engineer.

He says that he's old enough to remember a time before Putin. There were lines for food when he was a small child and barely anyone he knew had a car.

"I felt ashamed for my country and for my president. And when Putin came, this sense of shame vanished. I gained this sense of pride. So you know, this is very cool."

He says when he bought his first car, there were only two or three other cars in his apartment's lot. Now you can barely find a parking spot. "Life has improved," he says.

And Vikhliyantsev says that Putin appeals to him for another reason. "In Sex and the City, they present typical situations that women find themselves in. And it can be used as a kind of girl's guide to behavior. Something very similar happens with Putin — when you watch him on TV, you see an example of how you should conduct yourself in life. I grew up without a father, so when I was a senior in high school, I had no idea of how to behave in this or that situation. But I would observe the way he responds, the way he addresses challenging questions. I found this very informative." 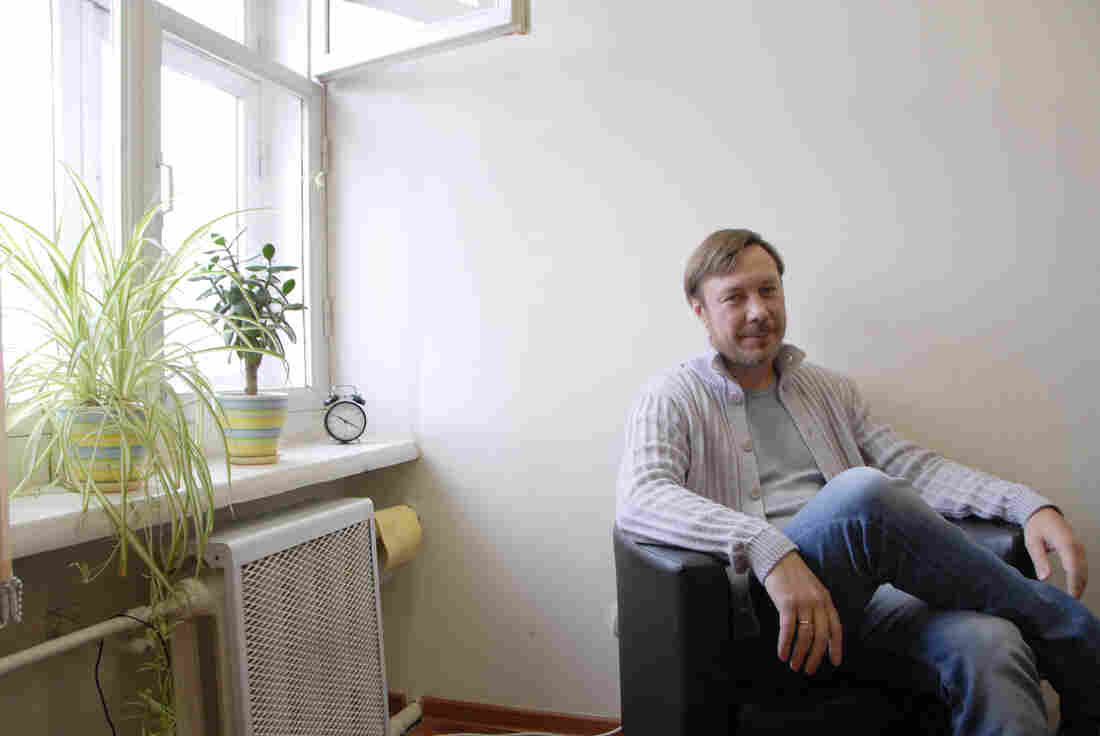 Viacheslav Moskvichov, a family therapist, will not vote in the election this Sunday. He says it's a farce and that there are better ways to connect with your country than to participate in an election with a predetermined outcome. Jolie Myers/NPR hide caption

Family therapist Viacheslav Moskvichov, 48, works in a tiny office near the center of Moscow. There are paints and coloring books in a plastic box on the floor — entertainment for some of his younger clients.

He wears jeans, a gray cardigan and a gray T-shirt. He has a friendly, open face and is quick to laugh at himself and with others.

Moskvichov says he will stay at home on Sunday, cook breakfast for his kids and maybe watch a movie with his family.

"I used to play my part in the spectacle, but now I just don't think my vote matters," he says.

He says that politics isn't reality. Real life is talking to your neighbors, having a conversation with the guy who sits down next to you on the train.

He chooses the reality of human interaction over the spectacle of holding elections that he feels don't matter. He says it's all theater.

"Putin is the lead character," Moskvichov says. "He did not participate in [any presidential] debates because only supporting actors participate in debates. And the way I see things is that the only option is for me not to participate in this theater."