Accessibility links
Why Gina Haspel Would Be Unlike Any CIA Director Before Her : Parallels If confirmed, Gina Haspel will become the first career professional of the CIA to rise through the ranks to the top job in a long time, writes Paul Pillar.

Why Gina Haspel Would Be Unlike Any CIA Director Before Her

Why Gina Haspel Would Be Unlike Any CIA Director Before Her 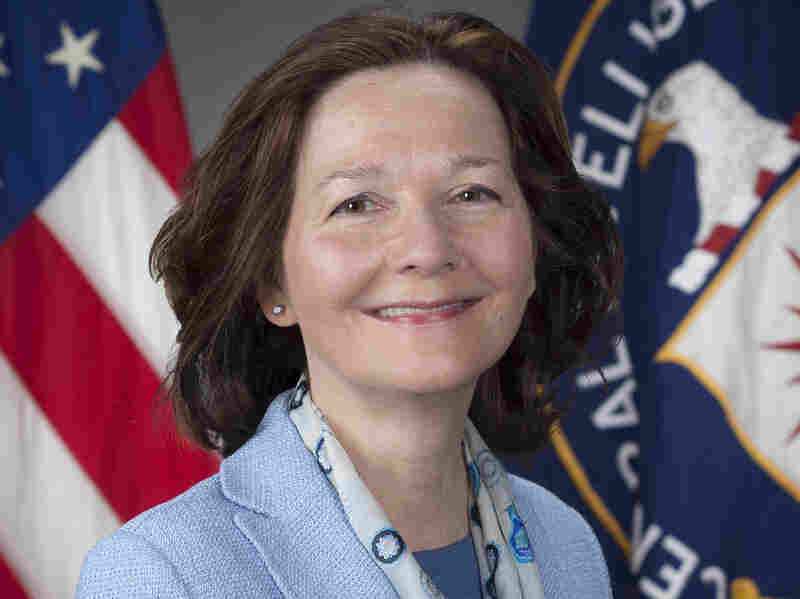 Deputy Director Gina Haspel joined the agency in 1985. President Trump tweeted this month that he would nominate CIA Director Mike Pompeo to be the new secretary of state and Haspel to replace him. CIA via AP hide caption 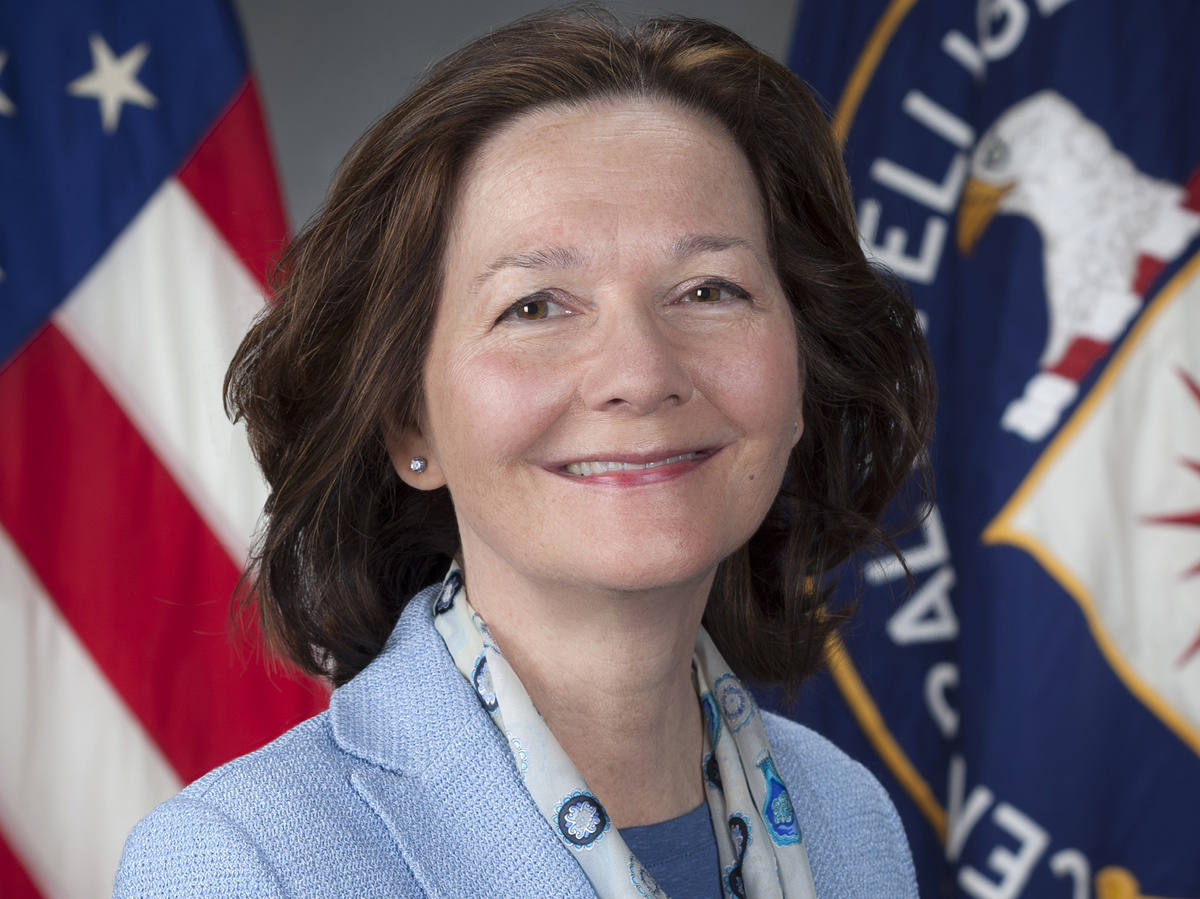 Deputy Director Gina Haspel joined the agency in 1985. President Trump tweeted this month that he would nominate CIA Director Mike Pompeo to be the new secretary of state and Haspel to replace him.

Paul R. Pillar served in the CIA for 28 years. He is a nonresident senior fellow at the Center for Security Studies at Georgetown University.

President Trump's nominee to be director of the Central Intelligence Agency, Gina Haspel, will become, if confirmed, the first career professional of the agency to rise through the ranks to the top job since William Colby in the 1970s. Some other directors, such as Robert Gates and John Brennan, had prior experience in those ranks but went off to do other things and were placed in the director's job like any other political appointee. Other previous CIA directors include an assortment of politicians, military officers and sometime academics. The contrast will be especially sharp between Haspel and Mike Pompeo, who had been a fiercely partisan congressman before Trump appointed him to the job in Langley.

History offers no clear correlation between the backgrounds of CIA directors and whether their tenures come to be seen as successful. Success involves a mixture of skills, and an ability to deal with different constituencies, that are not the product of any one career track. One whom the workforce especially admired as a successful director, for example, was an elected politician: George H.W. Bush, who served in the post under Gerald Ford. Perceptions of success and failure have depended heavily on the troubles of the times and events largely outside a director's control. Colby endured criticism from inside as well as outside the CIA mainly because he had the misfortune to head the agency during one of its most turbulent times, when past excesses became public scandals and the subject of high-profile congressional investigations.

An insider obviously brings a depth of knowledge about the arcane business of intelligence that no outsider would have. Such a candidate also will be attuned to long-term institutional standards and equities and to the importance of finding ways to buffer the agency from political vicissitudes so that it can accomplish its mission. Haspel, who presumably will bring such knowledge and awareness to the job, gets high marks from other intelligence professionals who have worked with her. Recently retired Director of National Intelligence James Clapper, for example, praises her as a "tremendous intelligence officer."

Given a couple of Haspel's prior assignments, the issue of torture already has moved to the forefront of subjects that will dominate her confirmation process. That process will be one of the most inviting opportunities senators have had for some time to declare to the public their opposition to torture or, to use the euphemism, "enhanced interrogation techniques" that were applied to suspected terrorists. It is unfortunate that the issue gets reduced to one of persons and personalities. Torture did not occur because certain individuals rather than other individuals held certain official positions. It occurred because in the early years after the Sept. 11 attacks, a national mood of fear and revenge changed standards of propriety regarding such things as the handling of suspected terrorists.

That ethos affected elected officials in Congress as well as appointed ones in the executive branch. Members of oversight committees who had a chance to object to practices of the time did not do so. Even those of us who have opposed torture all along should be hesitant in this case to invoke Nuremberg principles about the following of orders that are lawful under domestic law not being an excuse. Those principles were established in circumstances in which an entire immoral system and its top leaders had been brought down. With the issue in America today of enhanced interrogation techniques, we have instead seen the targeting of a few individuals whose past positions make them the easiest to target.

Haspel is an uncharacteristic appointment for President Trump.

As years have gone by without America suffering another Sept. 11, the ethos, the national mood and the politics of the issue have changed. What Haspel and others understood to be legal back then has since been made illegal — first by an executive order of President Barack Obama and then by an act of Congress. If Haspel prepares well for her confirmation hearing, she will recite chapter and verse of what current law says and will make crystal clear that she and the agency she has been nominated to head will obey the law.

Haspel is an uncharacteristic appointment for President Trump. Reports had long been circulating that if Pompeo replaced Rex Tillerson at the State Department, Trump would appoint as CIA director Sen. Tom Cotton, R-Ark., who is even more of an ideologue than Pompeo. Evidently what derailed that scenario was Republican fear of losing the Arkansas Senate seat to the Democrats — a fear that the recent Senate election in Alabama exacerbated. Perhaps the best general explanation for the president's choice is that Trump doesn't think in terms of departments and agencies and doesn't care about the permanent government at all. He wants people in his inner circle who think like he does. He will still have Pompeo doing that, and he doesn't need a CIA director to fill that role.

Gina Haspel Used To Work For Me. She's A Great Choice For CIA Director

Haspel will not have anything remotely resembling the relationship to Trump that Pompeo did. She can be expected to spend more time at CIA headquarters and less at the White House than Pompeo reportedly has. The change in relationships could mean an expanded role for Director of National Intelligence Dan Coats, who so far has kept a low profile.

Ordinarily a lessening of a CIA director's relationship with the president would be a matter of concern to officers at the agency, who fear irrelevance as much as anything. But Donald Trump is not an ordinary president. Reinforcement of his impulses by people in his circle who think as he does is not what the country needs most. Restraint of those impulses is needed instead. That is why the replacement of Tillerson, whatever his shortcomings, with Pompeo is appropriately a source of regret. If the appointment of Gina Haspel marks a step toward the CIA's maintaining greater distance from the White House and thereby better performing its mission of the most objective possible collection and analysis of intelligence without being beholden to whatever are the dominant political urges of the day, then Americans should applaud.